Reactions were universally the same when we said we were going to Namibia -“Where’s that” and “Why are you going there”.

Namibia caught our eye as one of the few places in Africa where self drive is a viable option and possibly the only place on the continent where one can enjoy a safari without  an official guide. There’s practically a ready made loop for an itinerary.

We met groups on tour combining it with South Africa and/or Botswana but we loved it as a stand alone destination and it’s up there with the best trips we’d had.

We flew from Dublin via Heathrow and Johannesburg . (We could have traveled via a few airports in Germany including a direct flight to Windhoek from Frankfurt).

So what will you see in Namibia?

Heading south from the capital,  Windhoek,  you’ll encounter the sparsely grassed plains of the Kalahari.   The region gets enough rainfall to allow for a huge amount of wildlife.  There is no national park but small pockets of inhabitants and lodges make a living from farming and tourism.   Members of the San tribe, with their amazing ‘click’ language,  conduct Bushman walks which illustrate their desert survival skills and heritage

(Silence and solitude in the Kalahari) 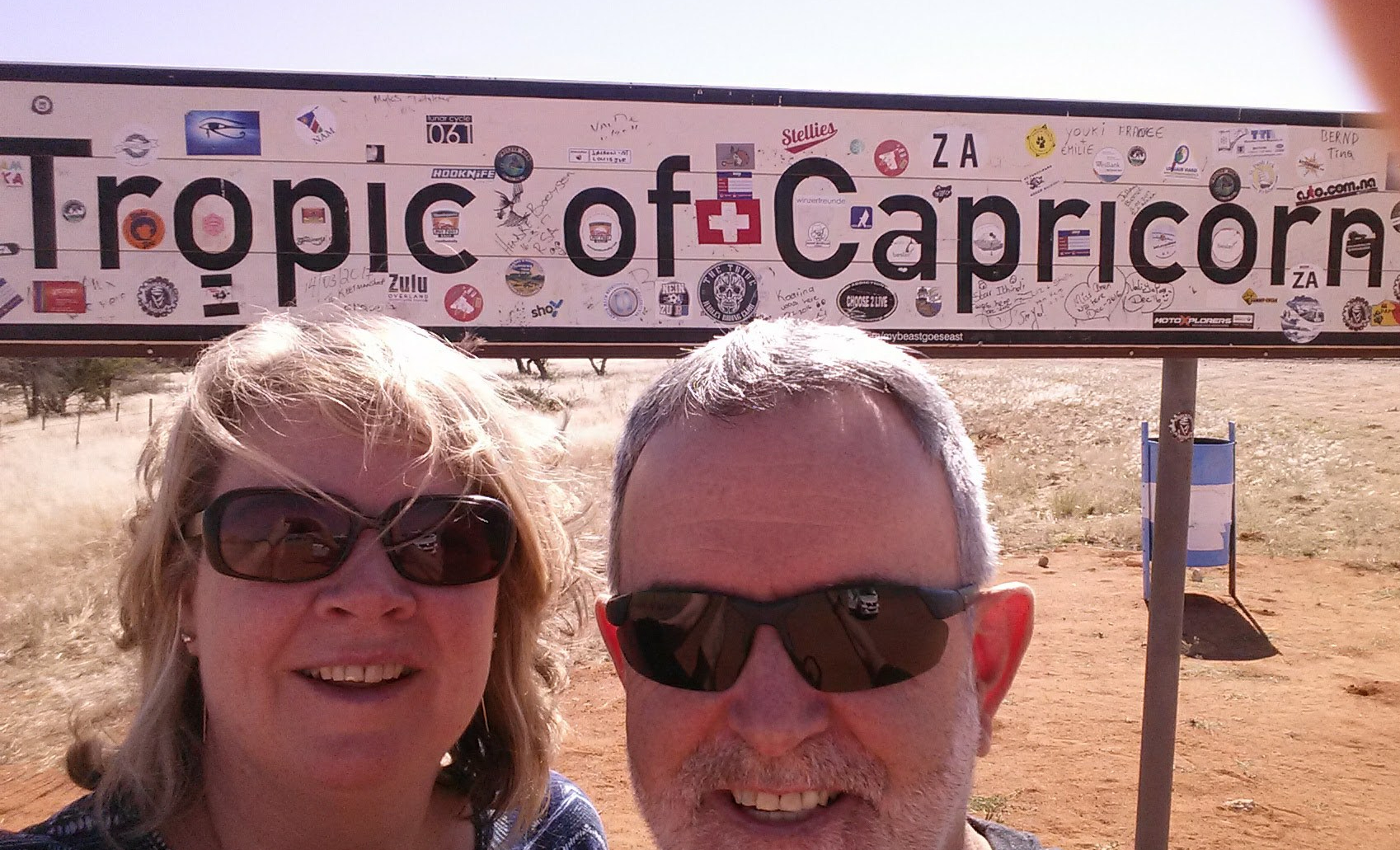 (So that’s where the Tropic of Capricorn is!)

The most  popular attraction in Namibia,   these incredible dunes really are as spectacular as you’ll be expecting from what you read and see.   You don’t have to climb all the way to the top to enjoy the experience but should try and venture up at least a bit of the way.  Ideally they should be visited early in the morning or at sunset but as the gates don’t open until sunrise,   and its about another 60km to the main sights,    you won’t catch the first rays and colours unless you actually lodge within the park boundaries.   But that won’t matter too much,  just enjoy….

This seaside town,  with its German architecture is a popular destination for Namibians and visitors alike.  There’s plenty to see and do and you’ll find a choice of restaurants and cafes.   Outside of Windhoek,  its probably  the best place for shopping.  The weather doesn’t allow for a typical resort holiday but there’s a wide range of adventure activities and tours.

Fog,  shipwrecks,  winds,  sandstorms,  this stretch of Namibian coast has been well named.   We managed to see one ship before we turned inland…. 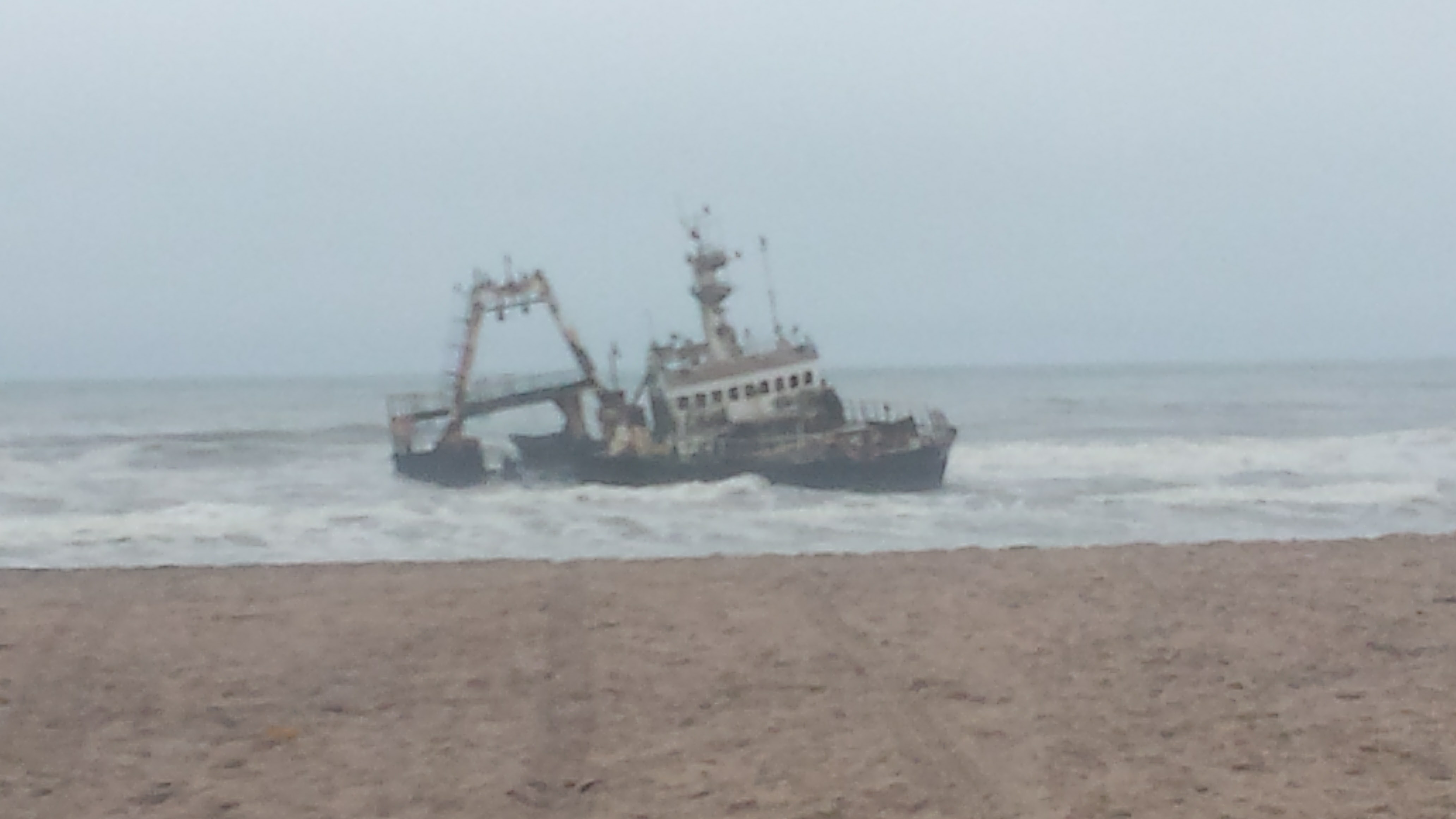 The rock-art galleries of Twyfelfontein contain over 2000 engravings and paintings,  of which a small percentage are accessible to visitors.    Probably the work of San hunters who were attracted to the area because it contained the only spring (Twyfelfontein means ‘doubtful spring’),  some of the engravings may date back 10,000 years.

There is a small visitors centre at the site .  There is no unsupervised wandering and guides bring visitors along the trail which involves a bit of scrambling through the rocks but that adds to the pleasure of the visit! 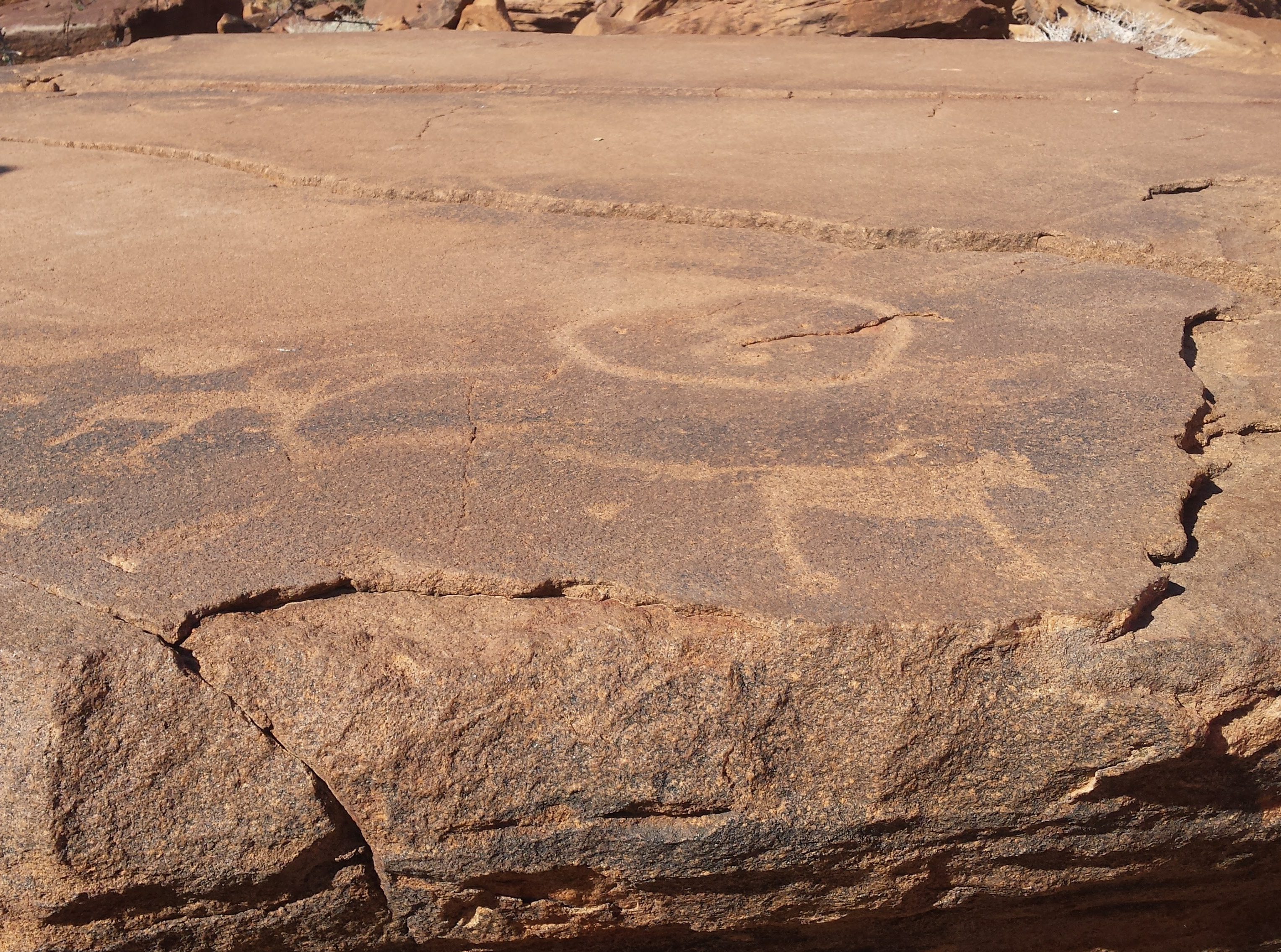 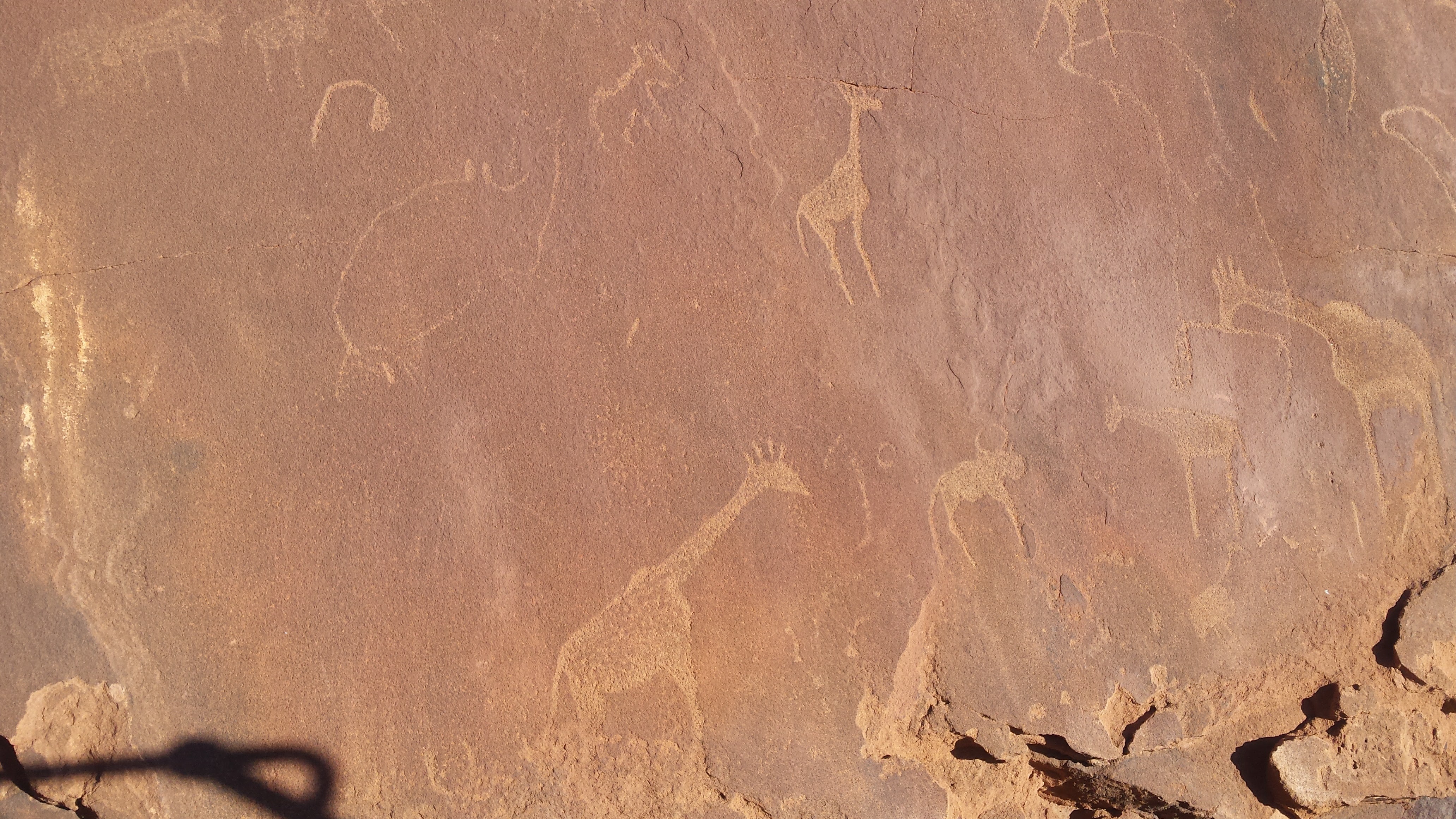 Located 95 km west of Outjo,  the table mountains of the Ugab Plain are reminiscent of Monument Valley (although you’ll find that the colours of the landscape differ).

The rock finger (Vingerklip  in Afrikaans) appears to balance precariously on a hilltop.    The 35 meter high monolith has been moulded by erosion but luckily this area doesn’t get a lot of rain so it shouldn’t topple over any time soon!

There is immense satisfaction in self-driving through a safari park.  You can stop for as long as you like,  wherever you like.   We spent two unforgettable two days in Etosha.   It is home to over 100 species of mammal and more than 300 species of bird.  The water holes attract a mixture of animals – you just have to sit and watch as they come and go.

(What has to be one of our best travel purchases EVER was the map of Etosha we bought when we arrived .   For 50 Namibian dollars ( less that €3.50) ,  the 12 page pamphlet not only includes maps with suggested drives but has 7 pages illustrating the birds and animals of the park.  Its great to tick off the wildlife as you see it and it helps sort your Gembok from your Springbok from your Kudu, from your Impala…..)

As in any safari park,  you follow the action.. if there is a car or two parked ahead of you on the road then you know there is something special worth stopping for.. that’s how we spotted a rhino and lioness. 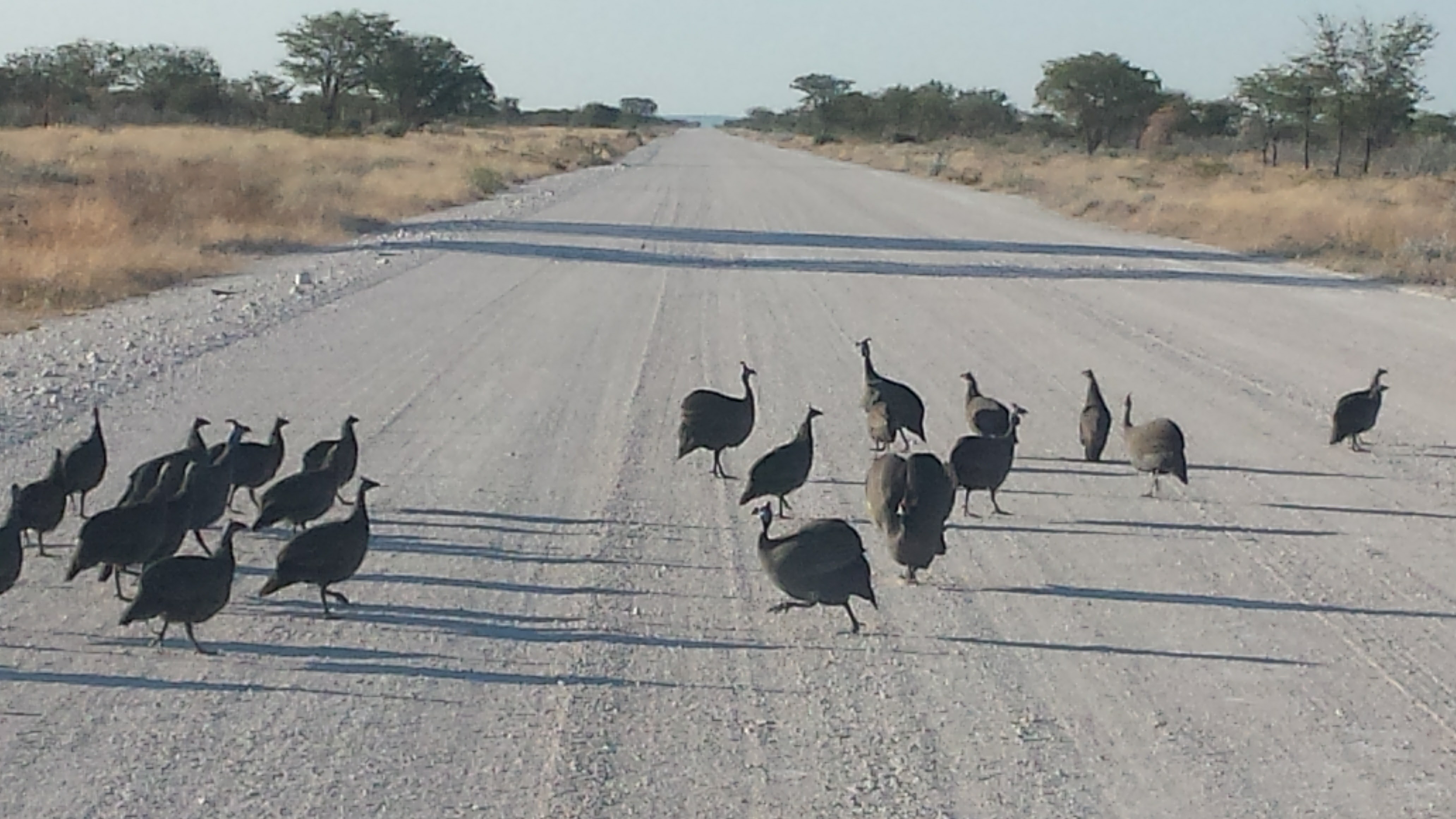 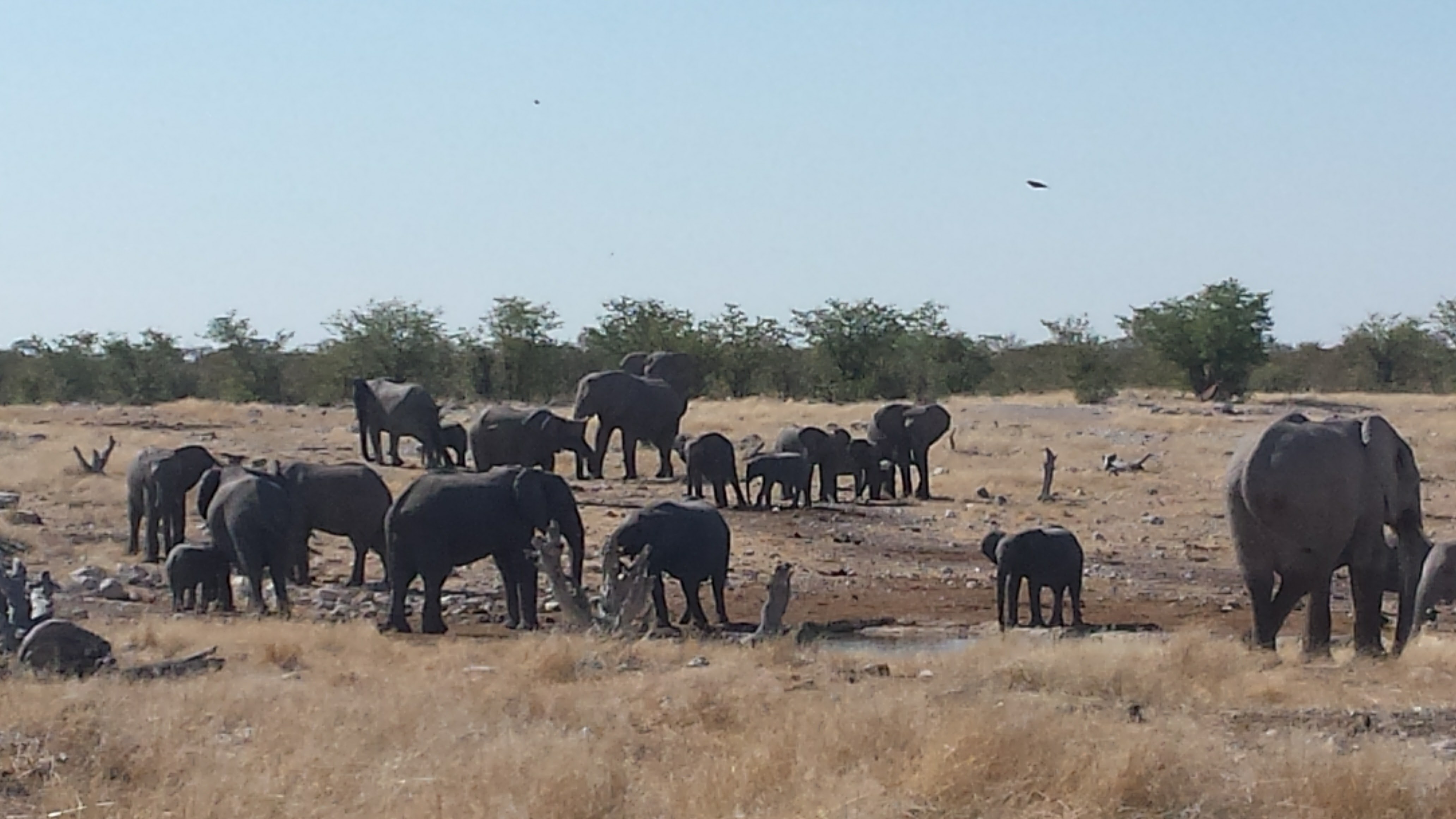 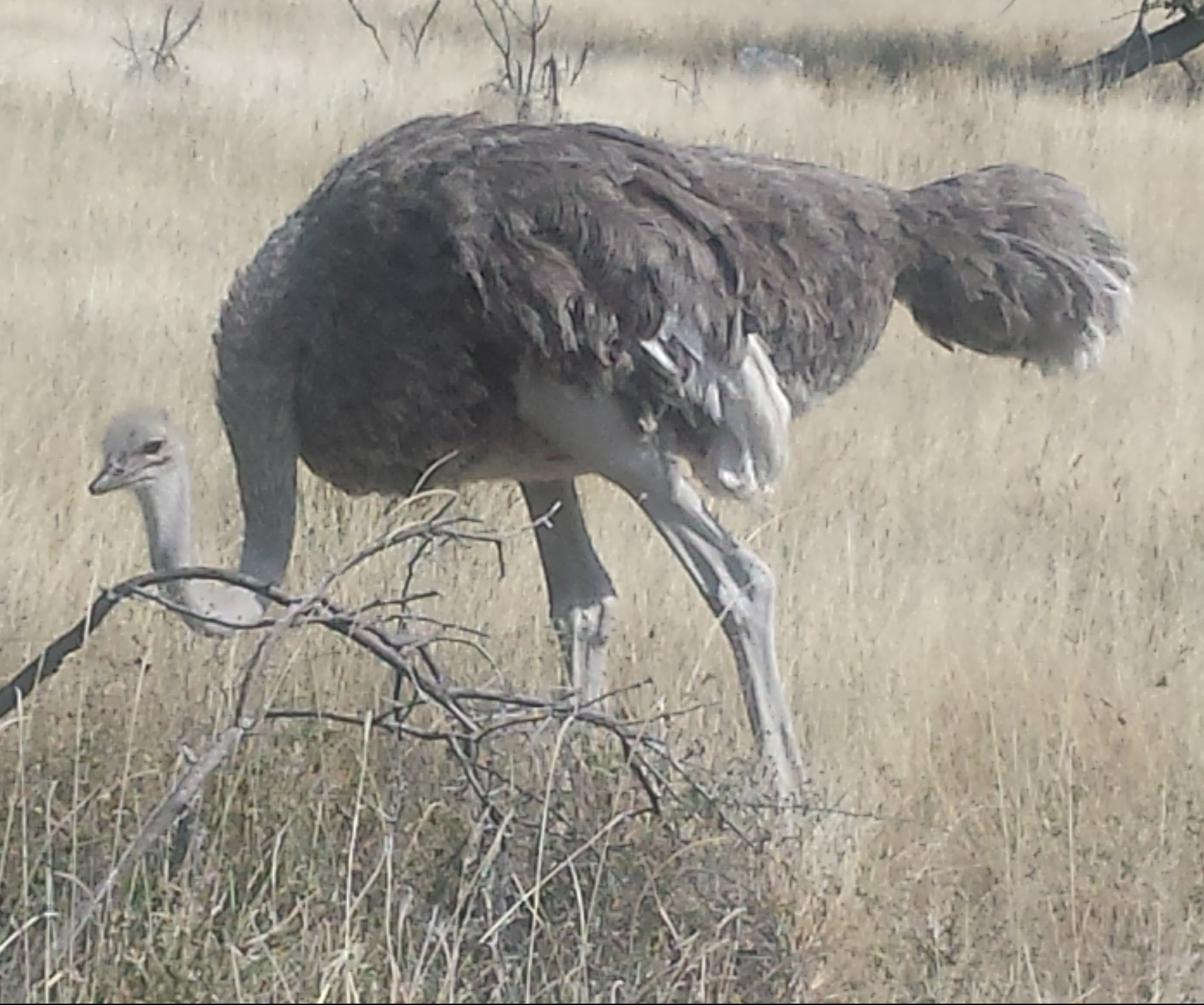 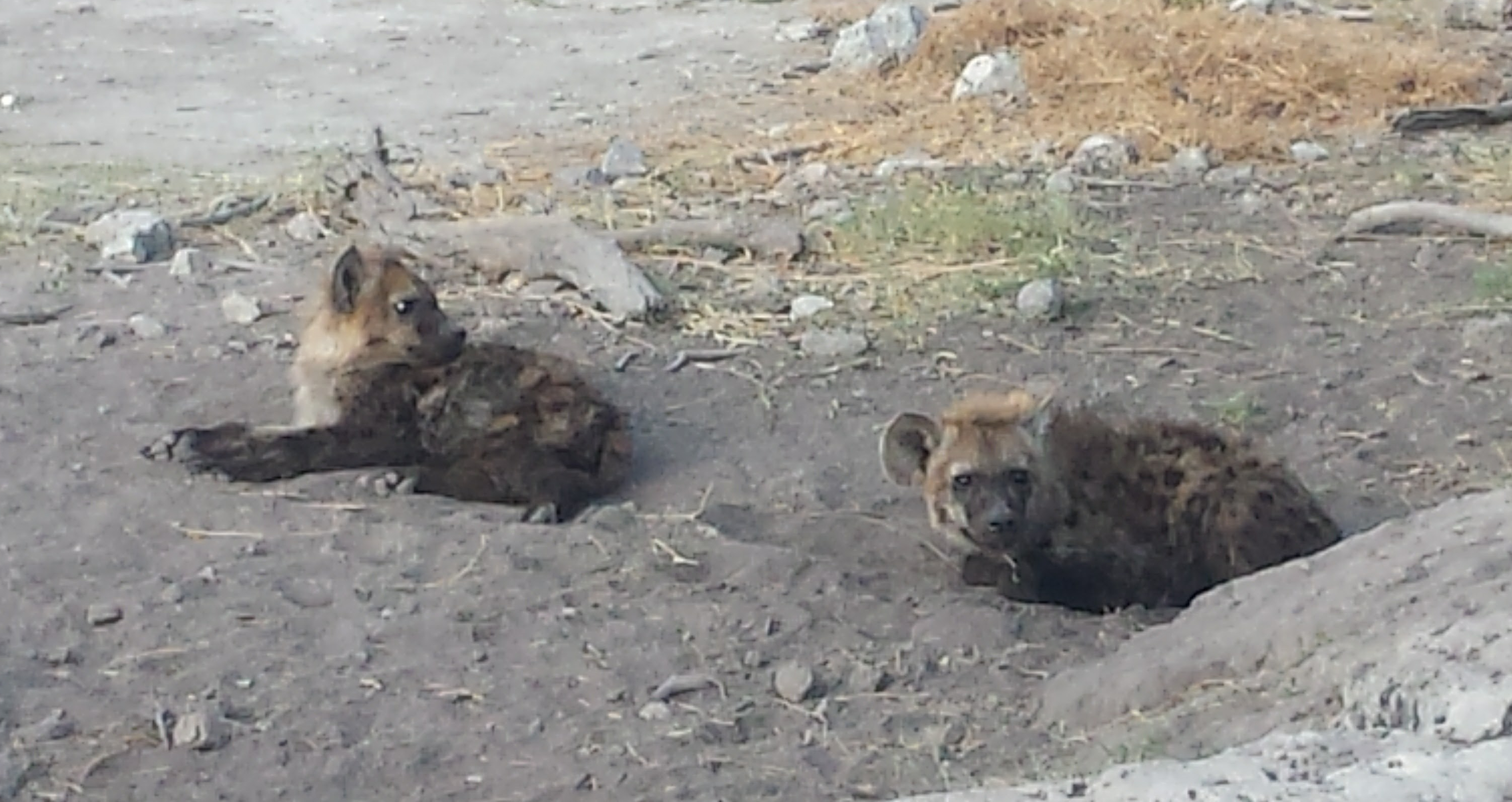 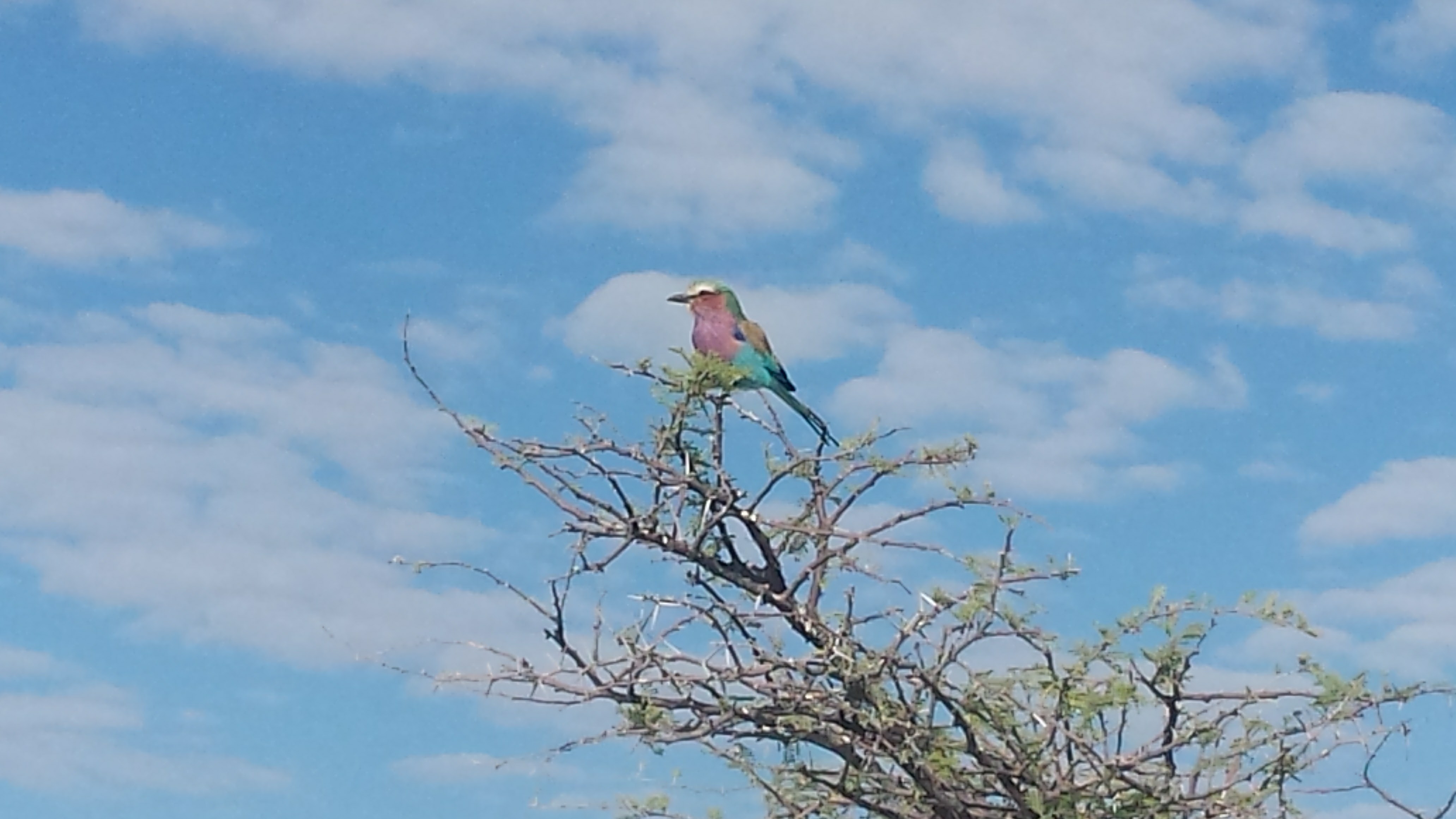 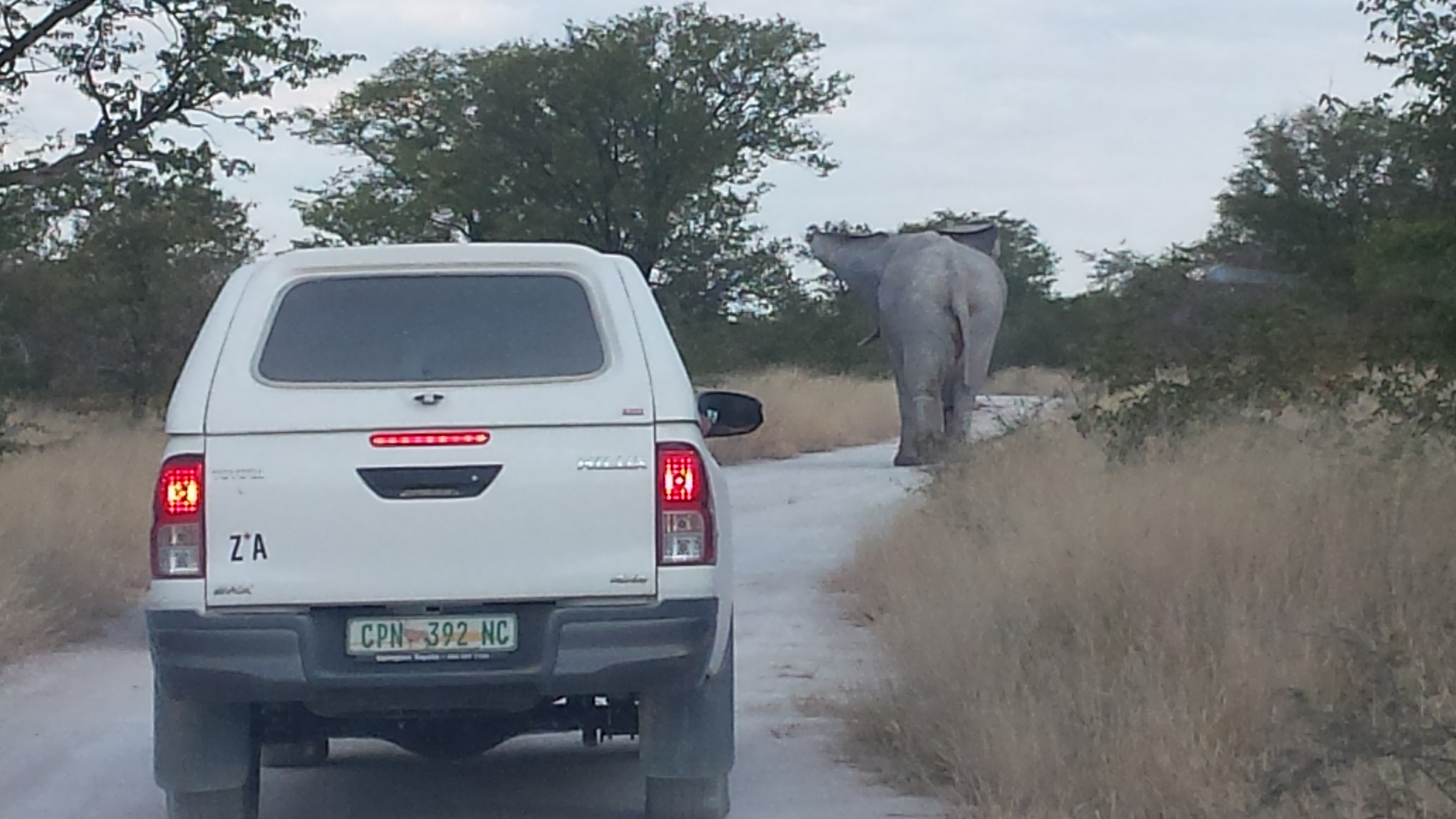 Waterberg Plateau Park,   between Etosha and Windhoek,  is noted for its hiking trails.   Because so much of the area is not easily accessible, many endangered species have been moved here to protect them from illegal hunting.   From a rest camp at the base of the plateau,  you can enjoy a choice of short tracks, including the one we took up to the rim of the plateau.  If its really your thing however,  you can sign up for a 4 day trek instead! 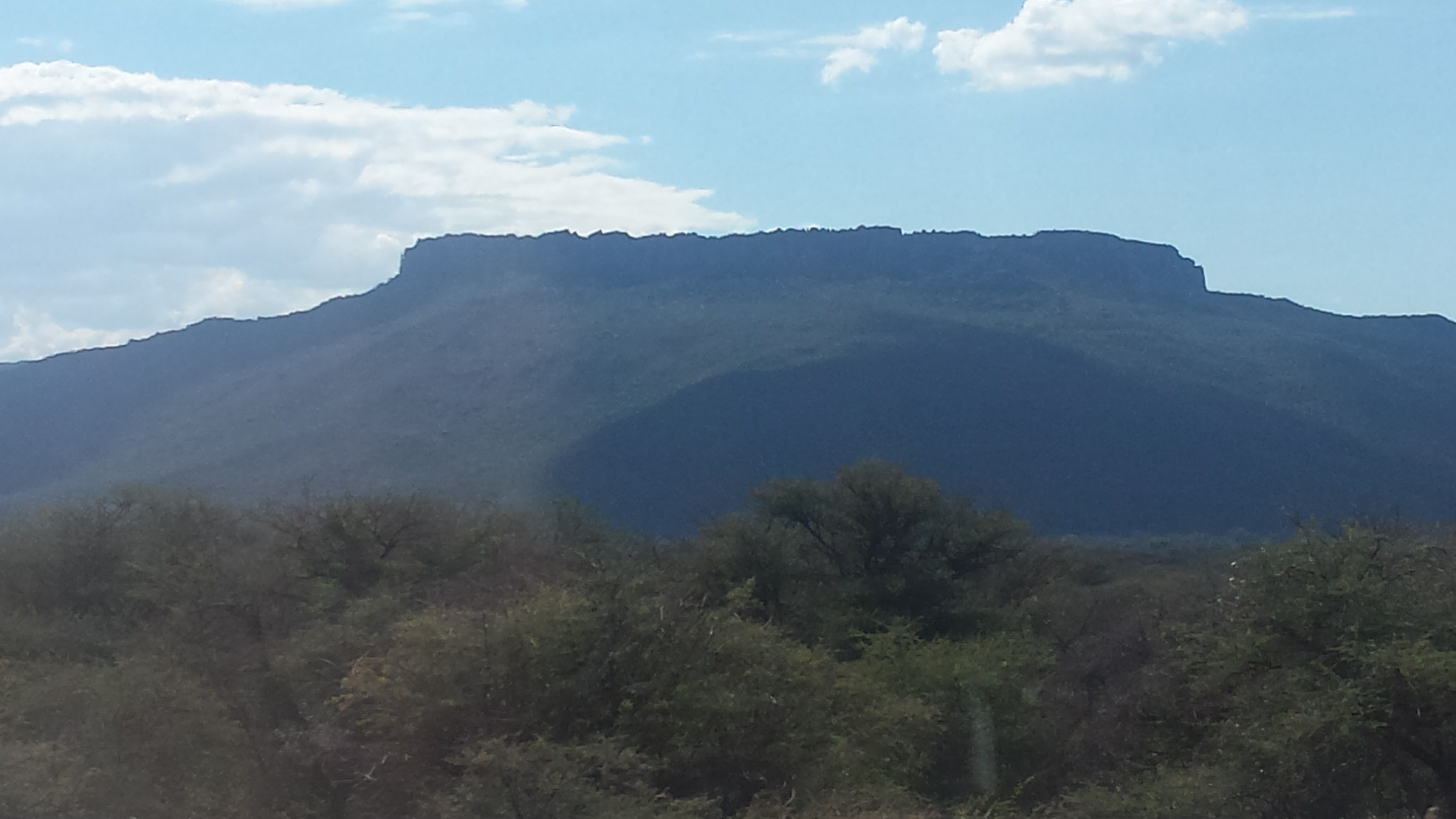 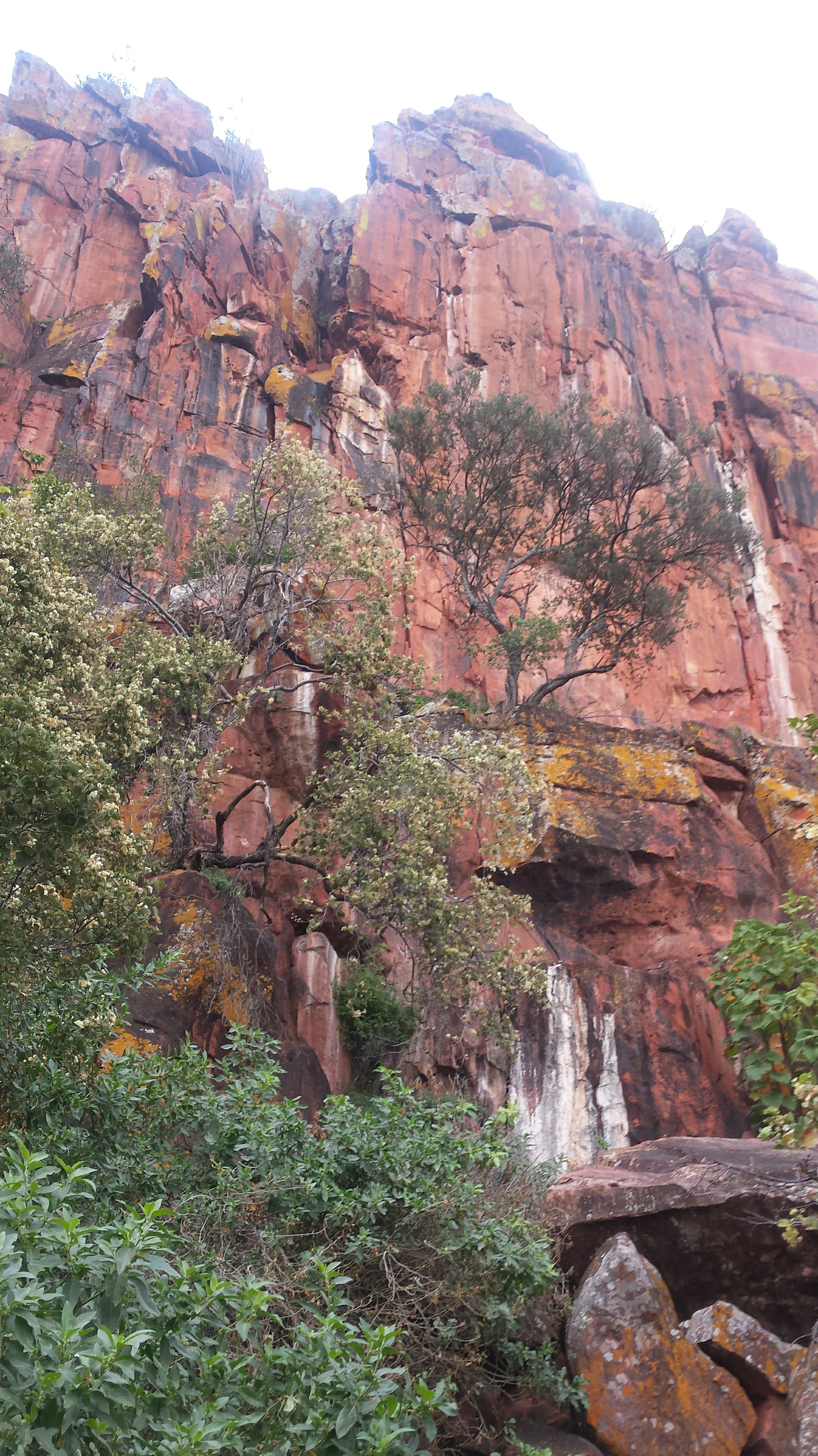 (You expect me to climb that!) 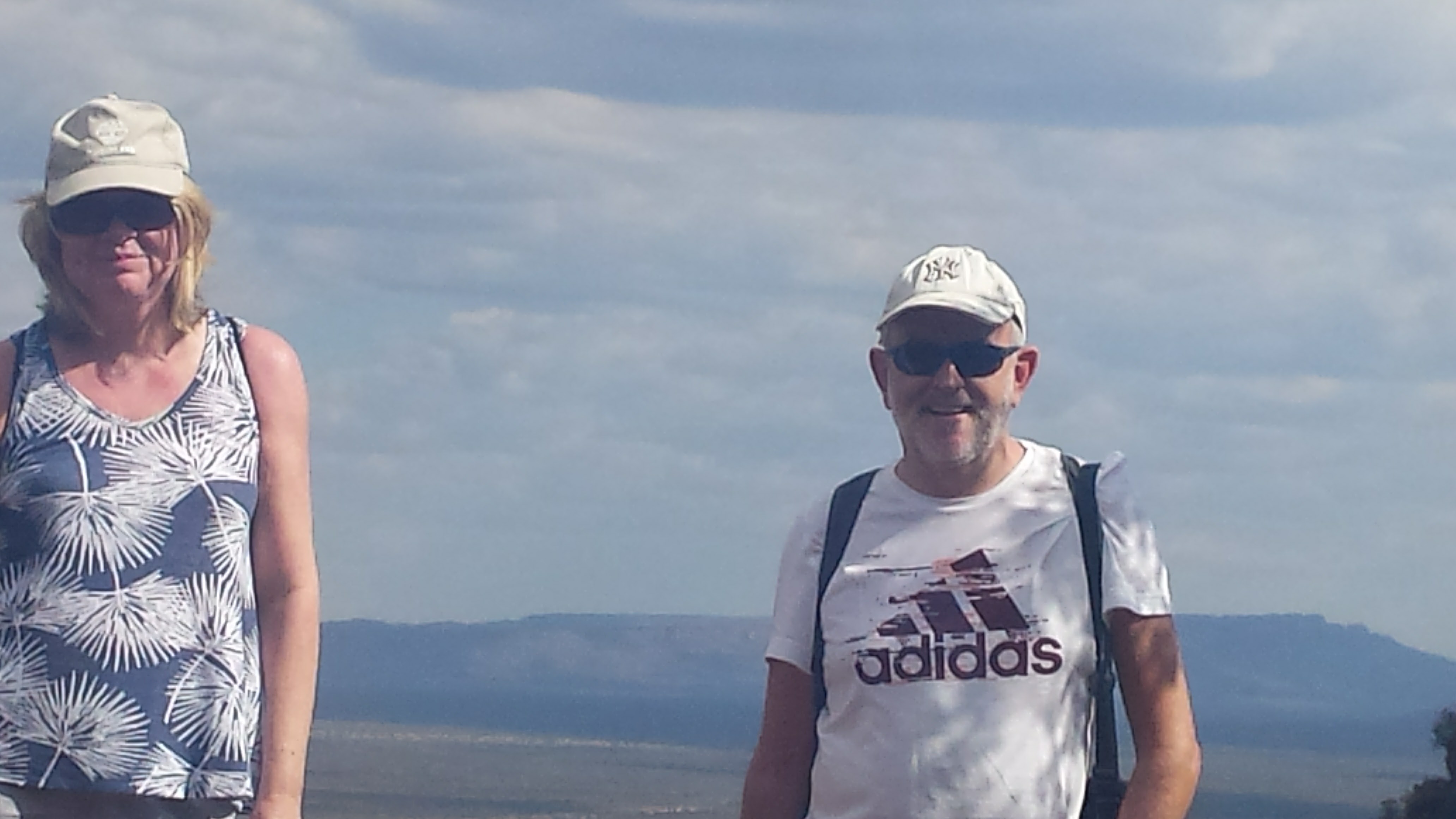 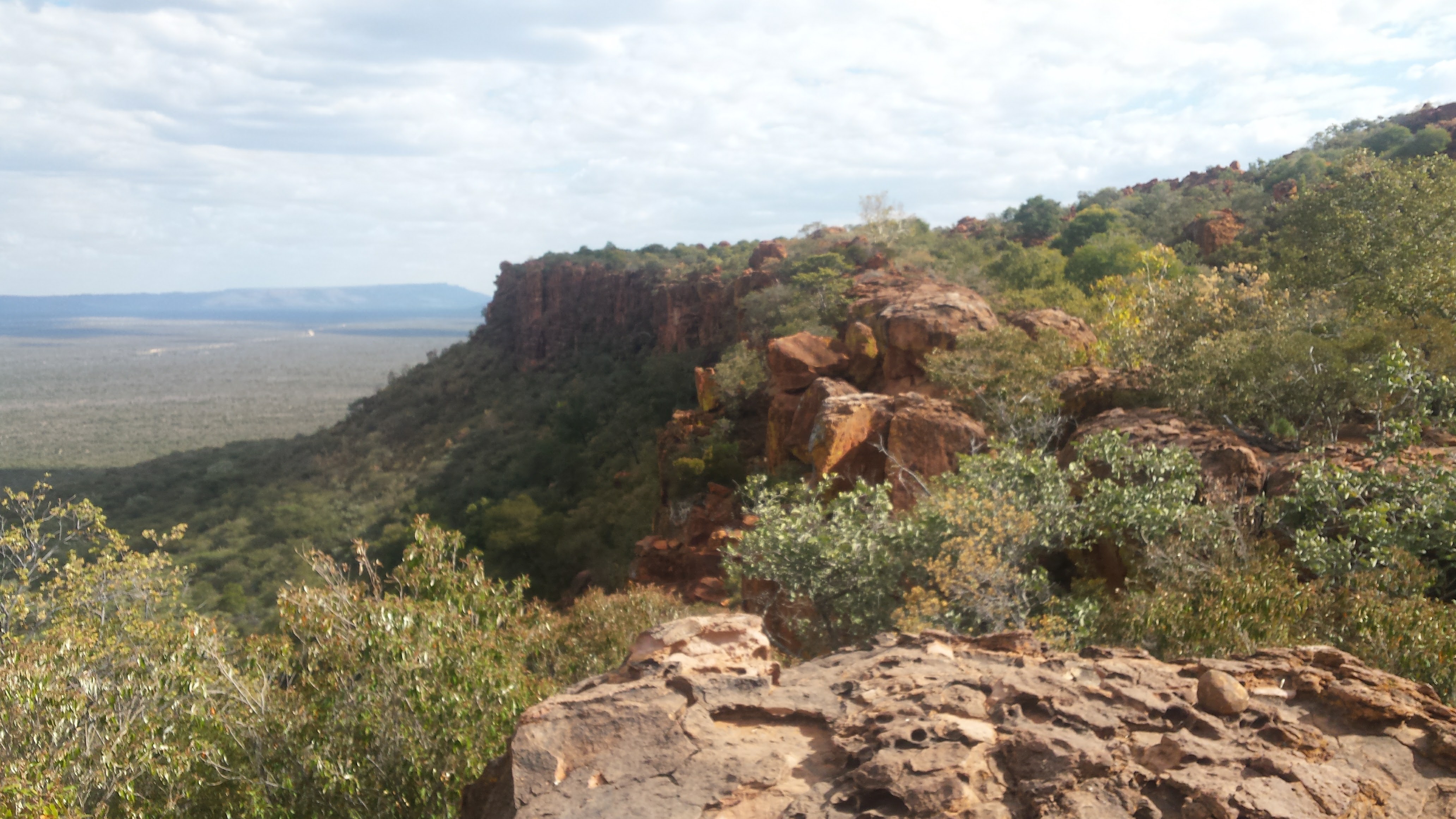 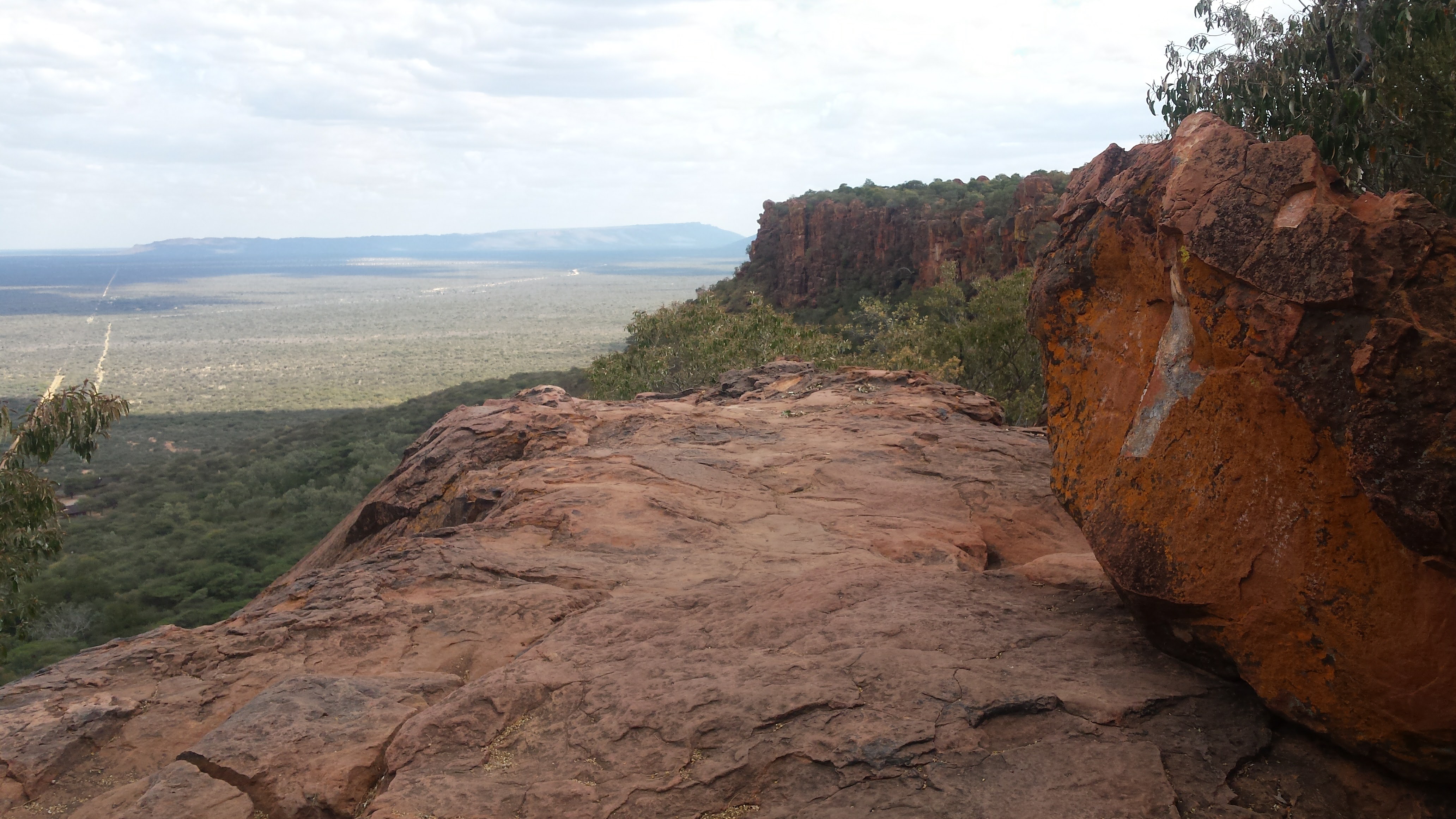 (And its worth it for those views) 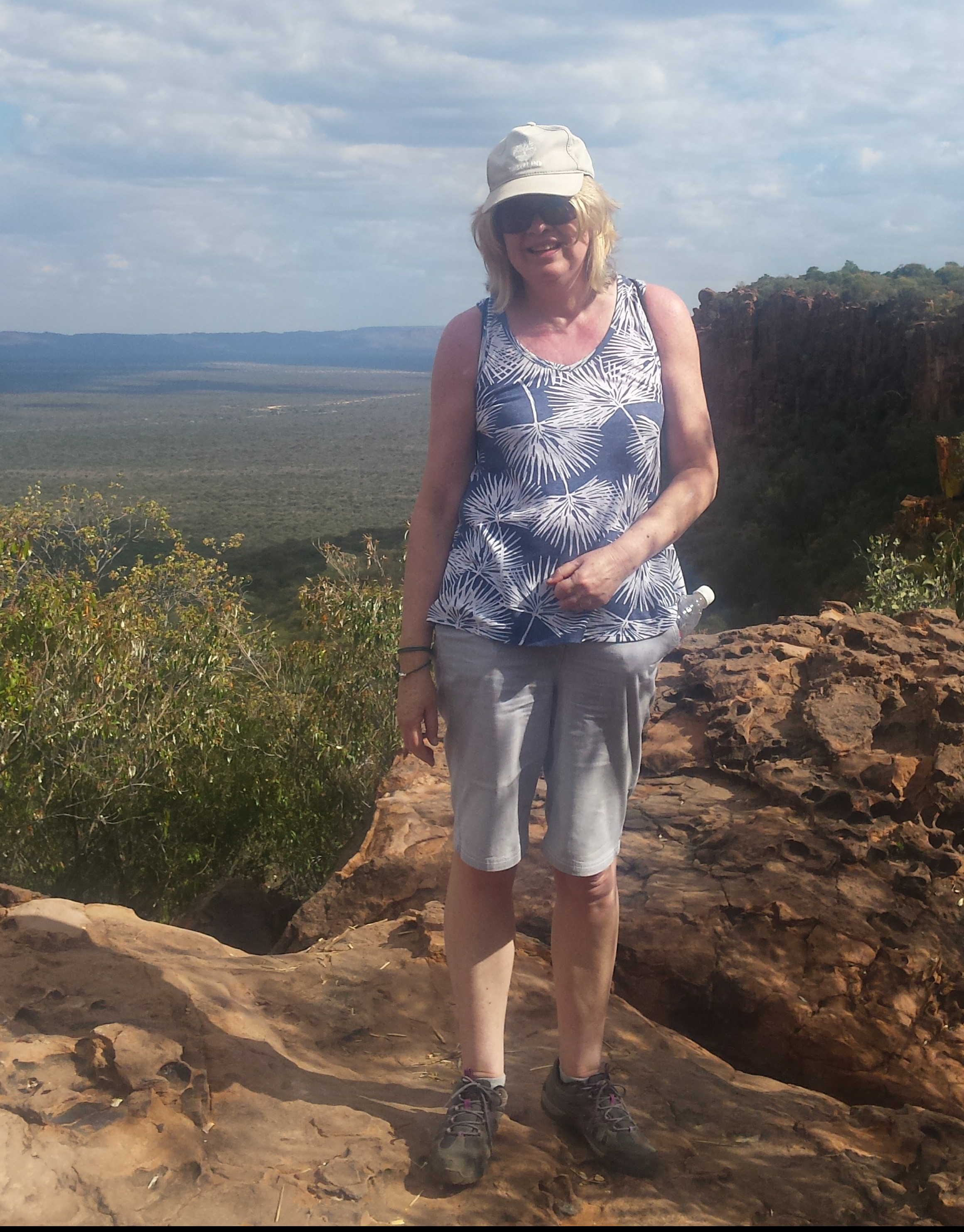 While most visitors head directly towards Sossusvlei or Etosha,  Windhoek is worth a brief visit if you have time.  There aren’t a lot of tourist attractions as such but buildings such as Christuskirche (A German Lutheran Church) and Tintenpalast (parliament buildings) are of historical interest.  There is an excellent craft centre and market with a huge variety of Namibian handcrafts for sale.

LESS TIME?  Start planning with Sossusvlei and Etosha and work around that depending on how many days you have.

MORE TIME?  You can head south to Fish River Canyon or even include Botswana

It’s not a cheap holiday.  If not opting for a camper van then you need a good standard 4WD and the lodges are pricey.  But then they are mostly half board and you needn’t splash out much on official tours and activities so you won’t spend an awful lot more.

Its eat early,   bed early,   up early and  there are vast distances to be covered at times but we’d a surprising amount of down time during our two weeks where we could just sit by a pool and read.

Try to avoid driving at night and fill up on fuel every chance you get.  And don’t forget to carry water and snacks in the car.

Buy a SIM card when you arrive at the airport.

Shopping: -There are opportunities for shopping in Swakopmund and especially in the craft centre in Windhoek.

10 thoughts on “A Road Trip in Namibia”

Leave a Reply to Hairbells and Maples Cancel reply