A trip to New York  accommodates everyone in the family – even the reluctant teenager or young adult who is really far too cool to been seen with you any more.   But providing activities doesn’t come cheap – especially if your darlings are not into museums, galleries and general sightseeing.   As a family destination favourite,  we’ve had the privilege of visiting New York several times over the past number of years.  The following suggestions have been tried and tested – definitely NOT all on the same trip!

The hotel doesn’t have to be plush – you’re only going to sleep there.  Midtown hotels are convenient – you can walk north towards Time Square or down towards Chelsea. They are all close to subway stations.  Just check the wifi.  A fridge is useful for stocking up on water etc.

We’ve stayed in the Wyndham New Yorker,  The Affinias and NYMA. They were all fine so just go for the best offer.

Breakfast – Andrews Coffee Shop on 7th avenue is close to the midtown hotels and serves a great breakfast.

Don’t book a Broadway show just for the sake of it – if they hate musicals they hate musicals … I’m speaking from experience here – having forked out a few hundred dollars for Jersey Boys… should have left him in his hotel room playing with his phone instead of having a stoney faced killjoy sitting beside me!!

An alternative might be Stomp or The Blue Man Group

An alternative to theatre that’s worth investigating….even for non-sporty families… Check for events and tickets as soon as you book your trip.

We’ve also been to the New Jersey Devils Stadium for an ice-hockey match…. We went by bus – no problem…

A great way to see the city.   Groups are small and pace is fine for non frequent cyclists.

Central Park – We really enjoyed a 2 hour bike tour which brought us to areas of the park we’d never previously had time to visit.    Bring a picnic to enjoy afterwards.

Brooklyn  – We booked with ‘Get up and Ride’ for a longer cycle and toured Brooklyn’s neighbourhoods as well as visiting a rooftop farm.  It’s a different kind of outing because it’s on the streets rather than in a park but safe and easy and gives a good overview of the area. 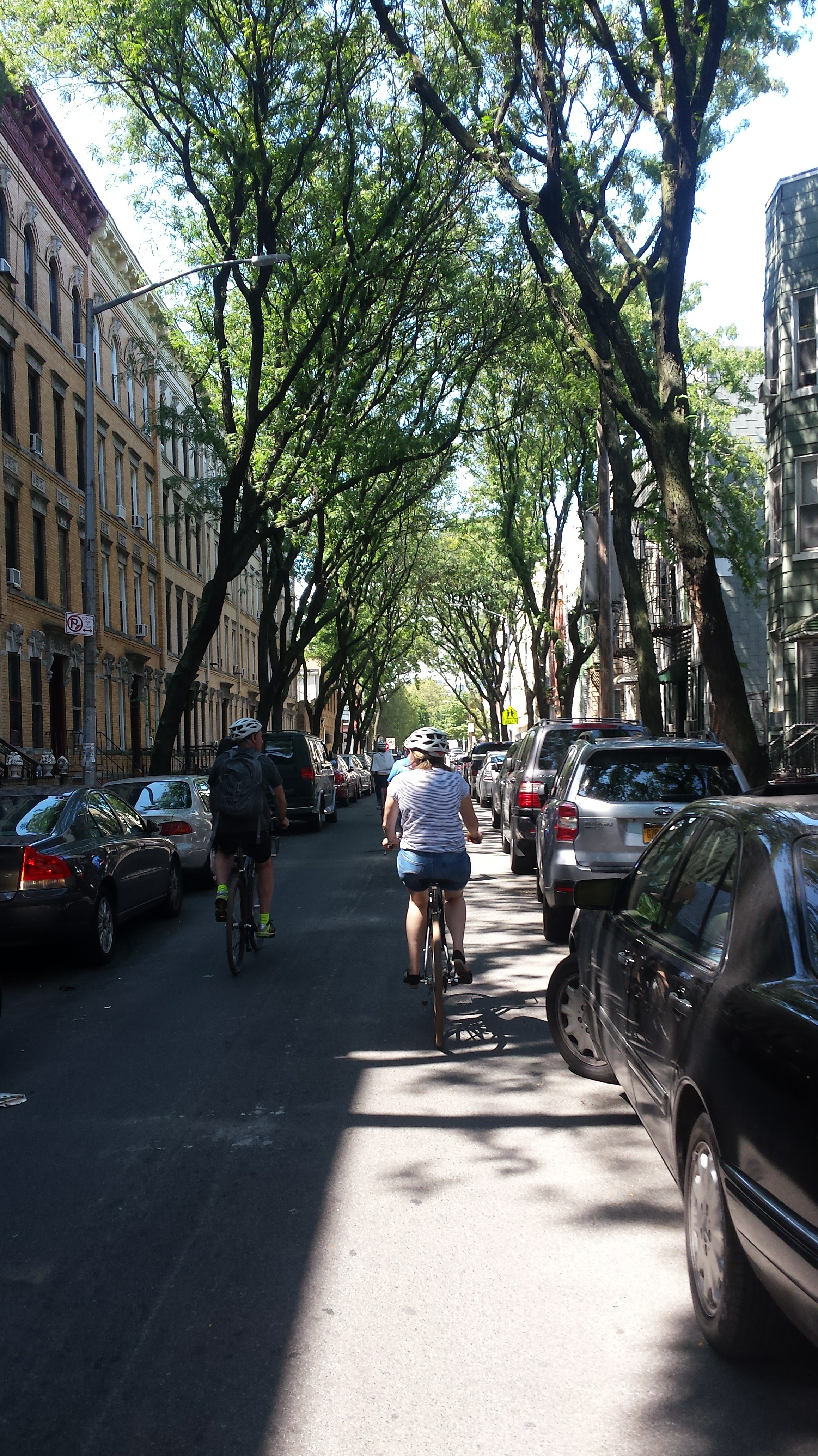 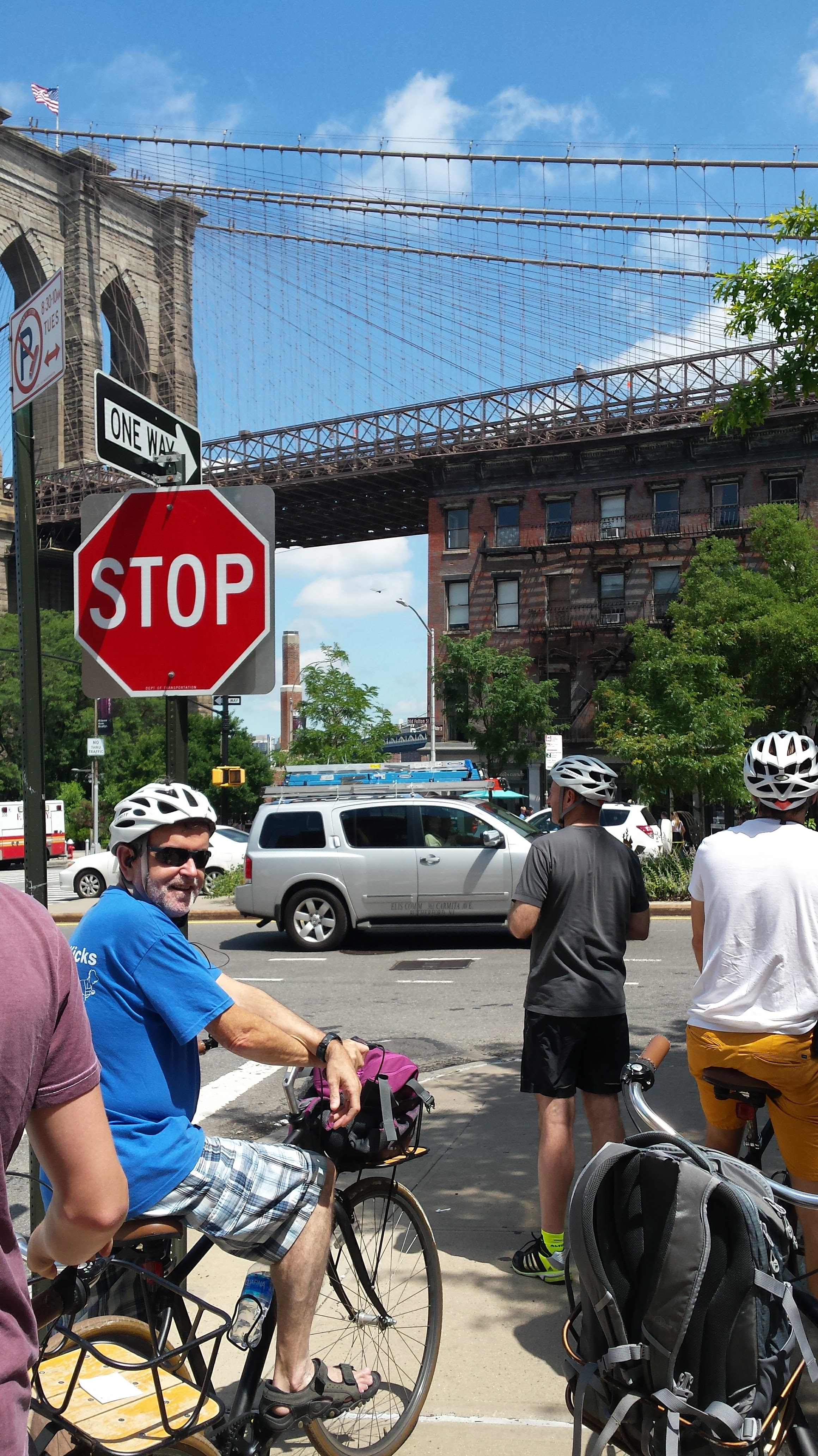 Another good (although pricey) way to explore neighbourhoods.  Kids are more inclined to listen to a guide than a parent ‘droning’ through a guidebook (his words – not mine!!).  They are about 2 hours in length and expect to pay around $50 per head for about 5 or  6 tastings. (Note that not every trip departs daily so plan accordingly.)

Grenwich Village – Our tour met at Murray’s Cheese Shop and we got a great overview of the Village as we sampled pizza,  meatballs, etc 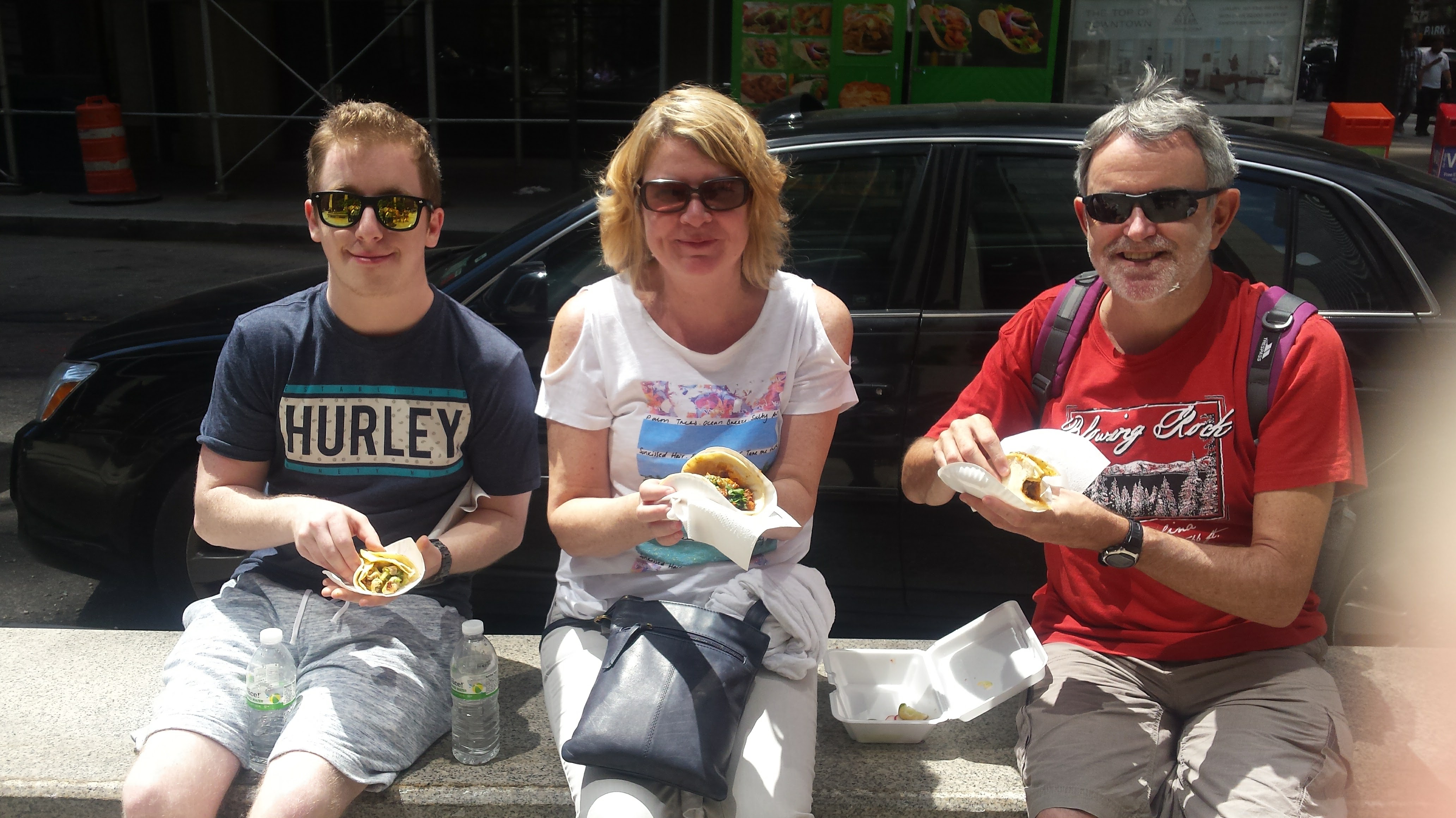 Ice skating – Rockefeller Centre is an iconic location but if you’ve never skated before – or have absolutely no balance like me – then head for Central Park – it’s bigger and has fewer spectators to observe your humiliation.  There’s also a skating rink at Bryant Park.

New Year’s Eve – Time Square… not for the faint hearted but I suppose you have to do it once!!  Have a decent lunch and buy supplies before heading to Time Square – not later than 3.00p.m.  Don’t drink too much – if you leave for a bathroom break you won’t get back in.  .It’s a VERY long and slow wait for the ball drop and not a lot happens. It’s miserable if it’s cold.  It’s all over very quickly at midnight and you can get subway back downtown.

As an alternative we headed to Central Park one year to check out the craic in the build up to the midnight run.  We found music,  fireworks and at least we could move around.

We all need space – and none more so than kids on holidays – family trips are stressful – allow a time out period every evening – if they’re old enough then leave them in the hotel with their wifi and head off to MOMA or Macys or a wine bar for an hour or so and give everyone a break.

Teach them how to use the subway and take a ride in a yellow cab at least once.

Get them to work out currency differences (Ha!!….Once a teacher always a teacher!!!!)