F is for FCC

‘Of all the gin joints in all the towns….’  If I had to choose one spot for a sundowner,  out of all the places I’ve ever been,  I wouldn’t opt for a cocktail overlooking a glorious tropical beach or an iconic natural landmark.   No.  I’m heading back to Phnom Penh.

By the time of our visit in 2009 (I can’t believe it was 10 years ago!) the Foreign Correspondent’s Club was way past its glory days.   Founded in 1993 as a haunt for the growing number of expat journalists that were there to cover the peace settlement,  it was still however an iconic landmark in the city.    The 3 storey French colonial building oozed history and atmosphere with wooden ceiling fans and photos of Cambodia’s turbulent past.

Converted into a hotel,  we spent 3 nights there which gave us an advantage over those visitors just dropping in for a drink.   Each evening,  we’d head upstairs,  grab 2 of those cool chairs with FCC worked into the metalwork,  and commandeer a spot at the front of the roof terrace.

It was a sociable place – hotel guests and visitors swapped stories about their travels while locals and expats offered advice about the city.

As the sun set over the Tonle Sap river in front of us,  we’d sip our cocktails and enjoy the spectacle on the street below…. monks,  tourists,  expats,  tuk tuks and thousands of scooters all swarming in every direction.  Most of those scooters carried more than just the rider –  they were laden with boxes, bags and baskets  piled high or tied to the sides.   If there was no cargo of goods then there were passengers – usually at least 2 along with the rider but we spotted several families of 4 or 5  – dad,  mum and children comfortably balanced along with the shopping bags and school satchels.   Traffic light changes were the best – a surge of scooters and tuk tuks pulling away with deafening engine noise and a chorus of horns.

Recent reports suggest the the FCC has nowadays deteriorated into a somewhat shabby tourist trap.   So,  on second thoughts,  I’d probably pass on a chance to go back – better to live with memories than face disappointment.    Maybe I’ll just head to a tropical beach for that sundowner after all! 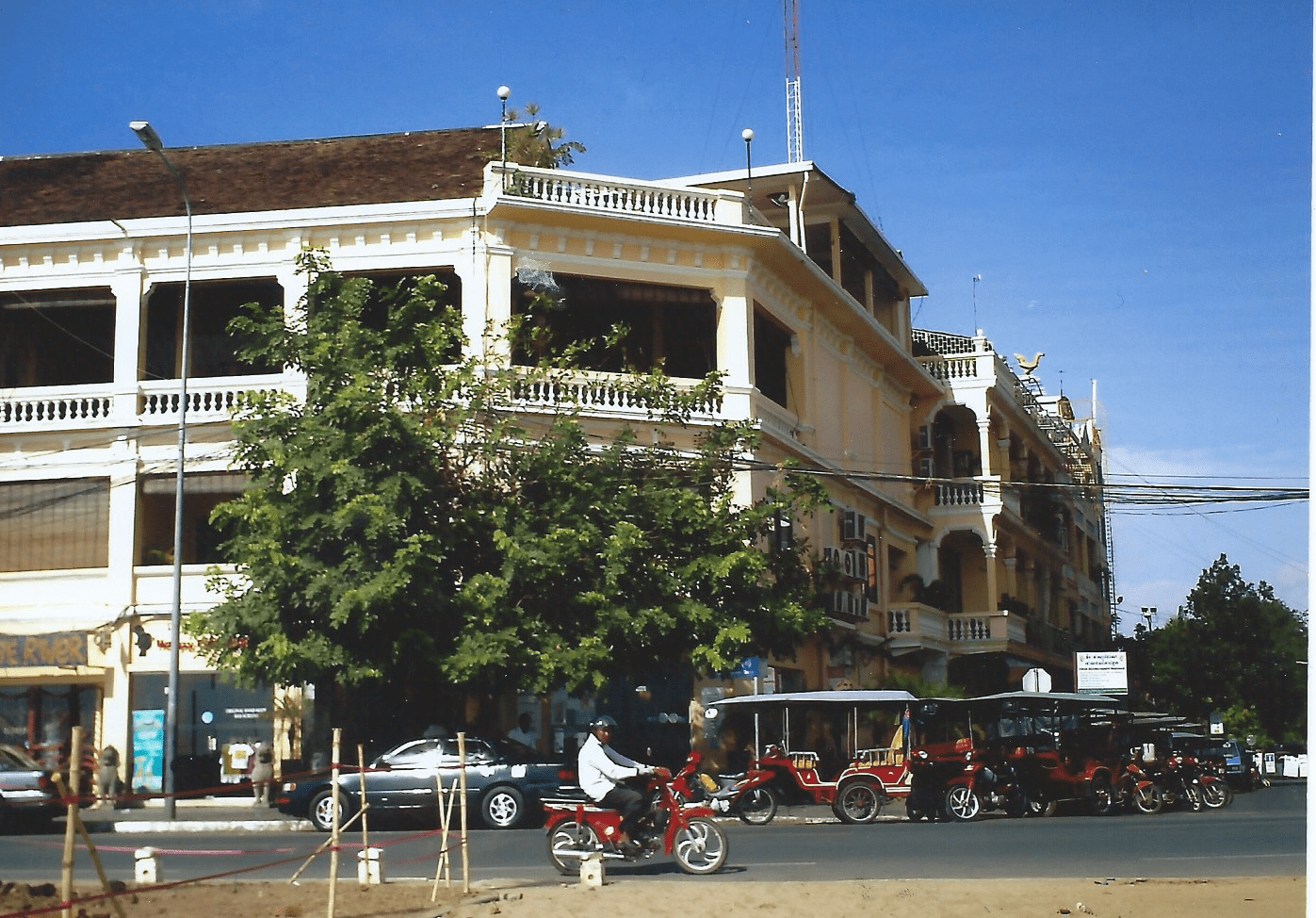