I’ve never experienced New Year in the sun and heat.   Anecdotes and photos from family in Australia have allowed glimpses of a Christmas with shorts and t-shirts,  sunscreen and beaches….

I’m very attached to my traditional Christmas at home – but I’m game for anything at New Year.  Over the past few years we’ve managed a city break either in Europe or the US.  This years schedule presented an extra week after Christmas – an opportunity never to be ignored!!   It wasn’t quite ‘stick a pin in the map’ but late decisions don’t allow for much flexibility and reasonably priced options.

Anyway – Mexico was available,  affordable and due a return visit.  We booked flights into Mexico City and out of Cancun – allowing for culture,  archaeology,  art,  food and the all important sun!

I found it a bit strange at first,  seeing signs of Christmas in the sun… 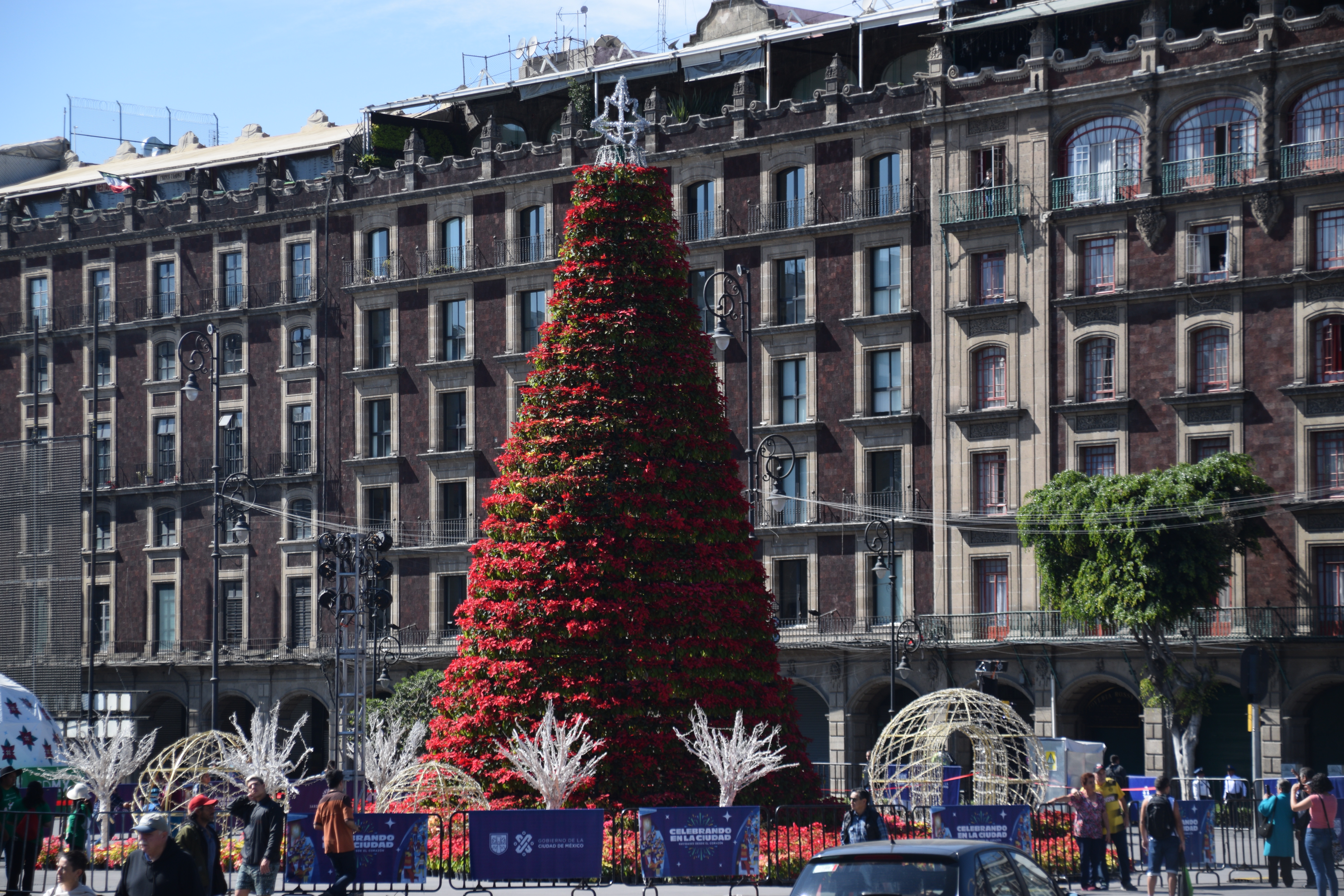 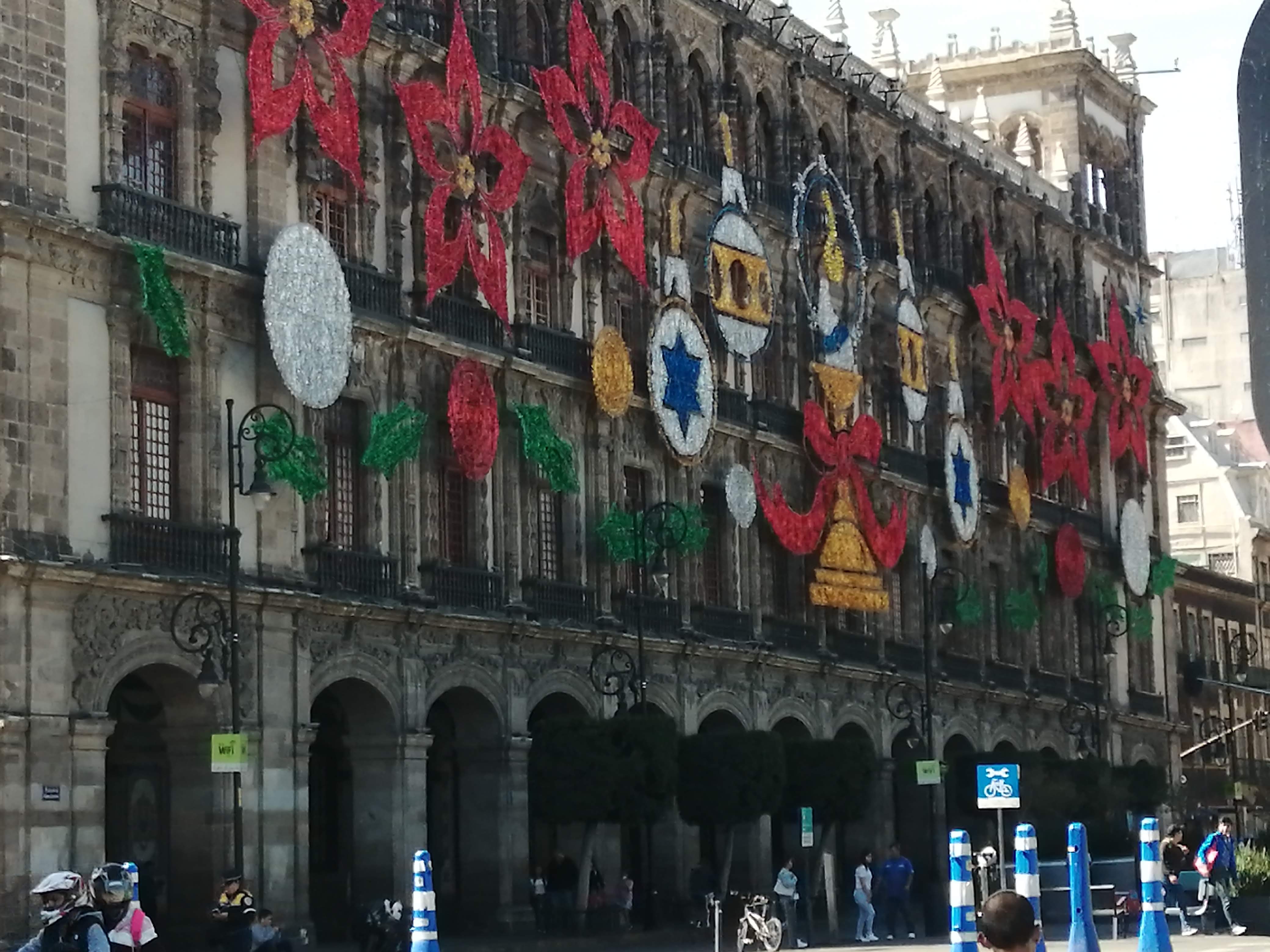 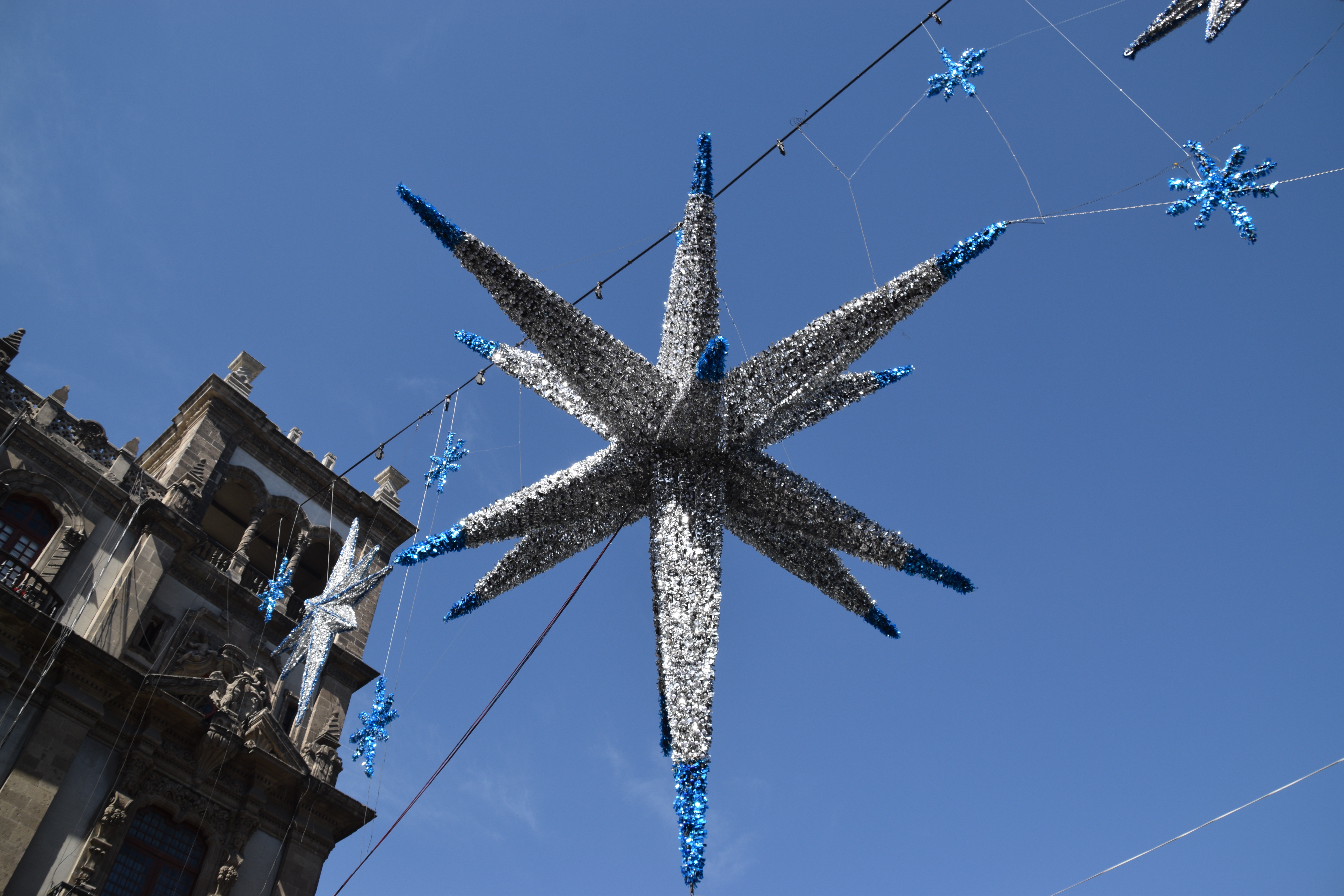 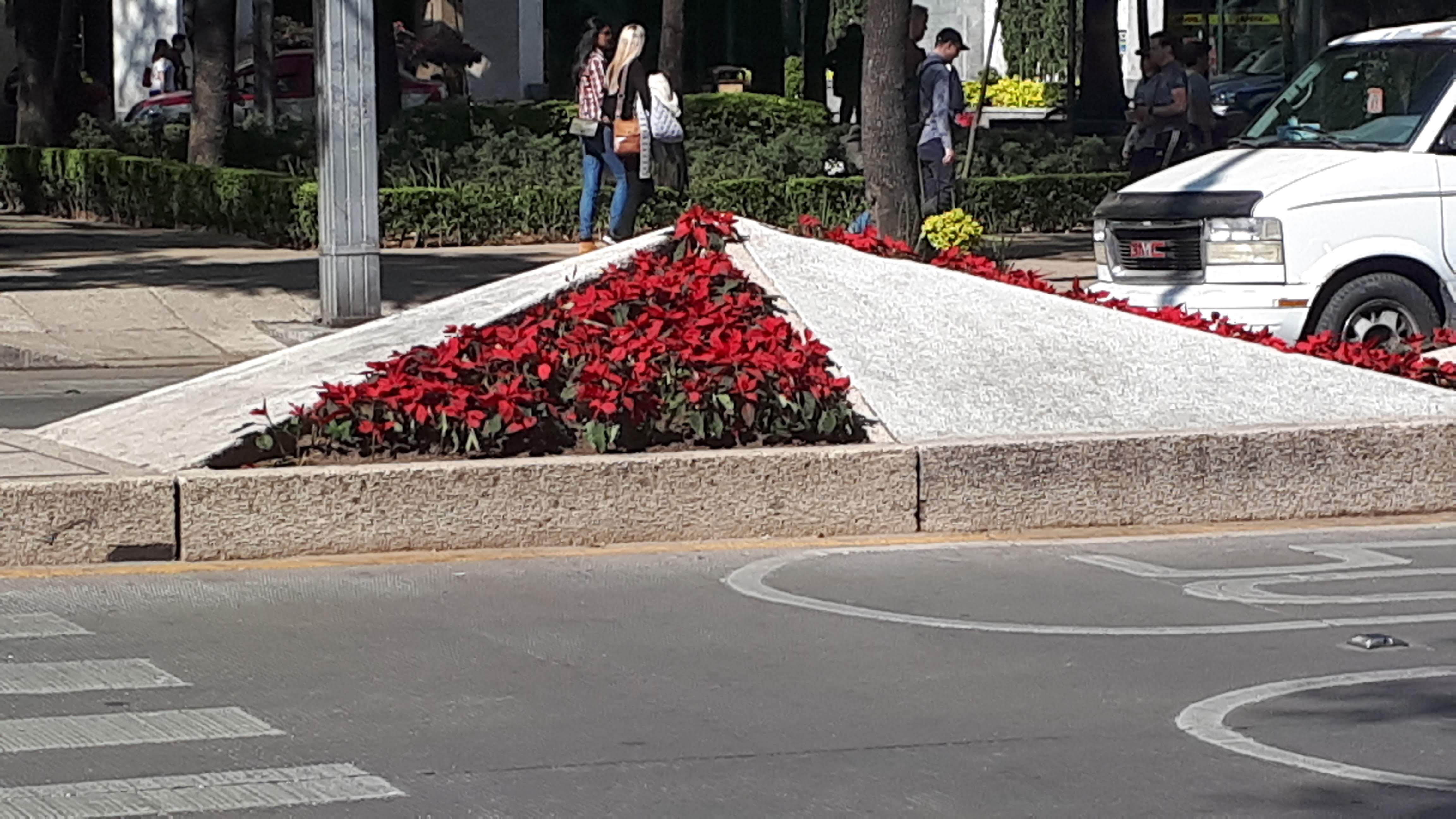 Pinata decorations around the city…. 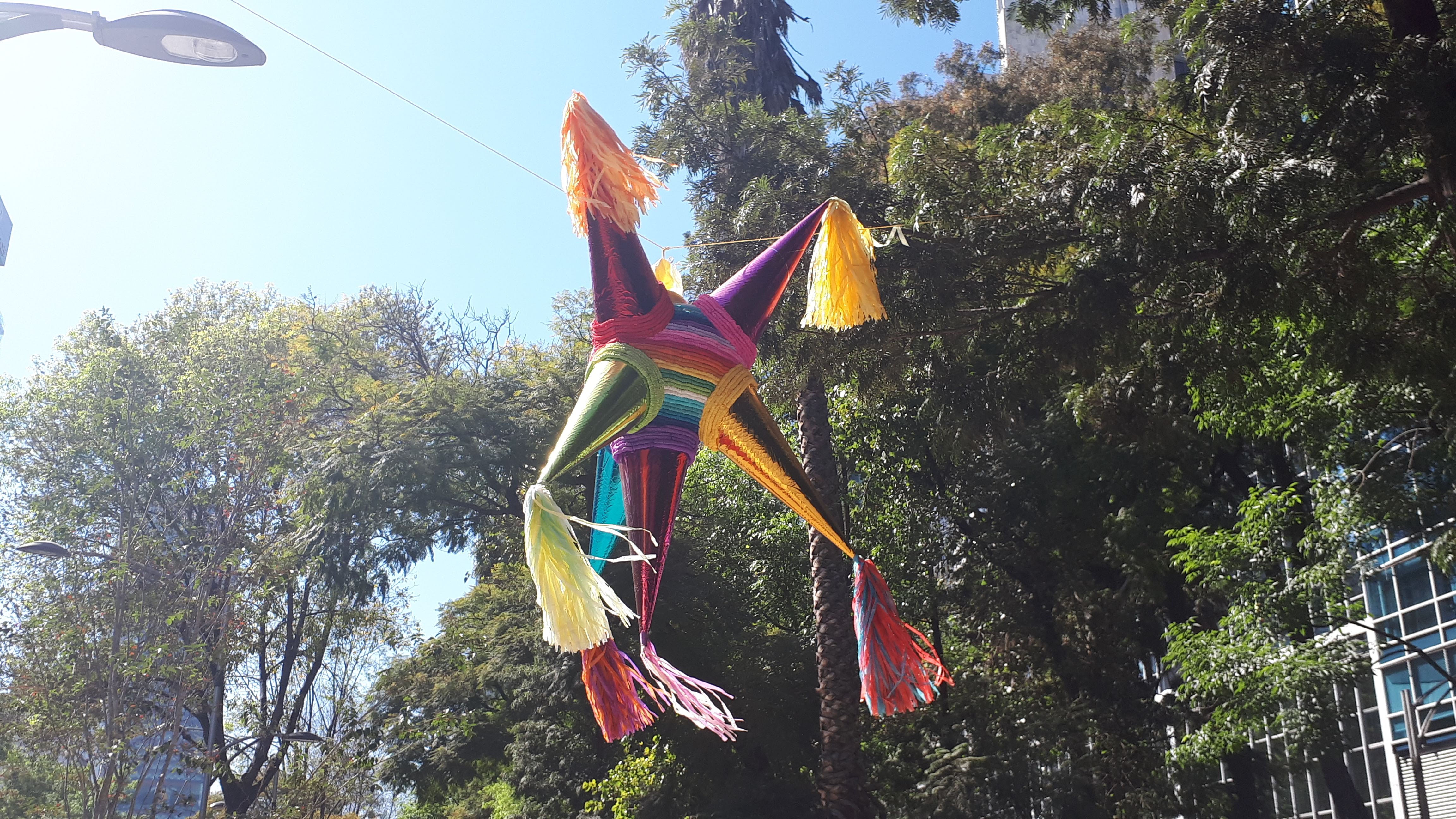 (Trivia Moment – did you know that the 7 points of a pinata represent the 7 deadly sins,  the candy inside represents evil and the person with the stick is blindfolded to represent faith!)

Many businesses sponsor nativity scenes along the sidewalks…. 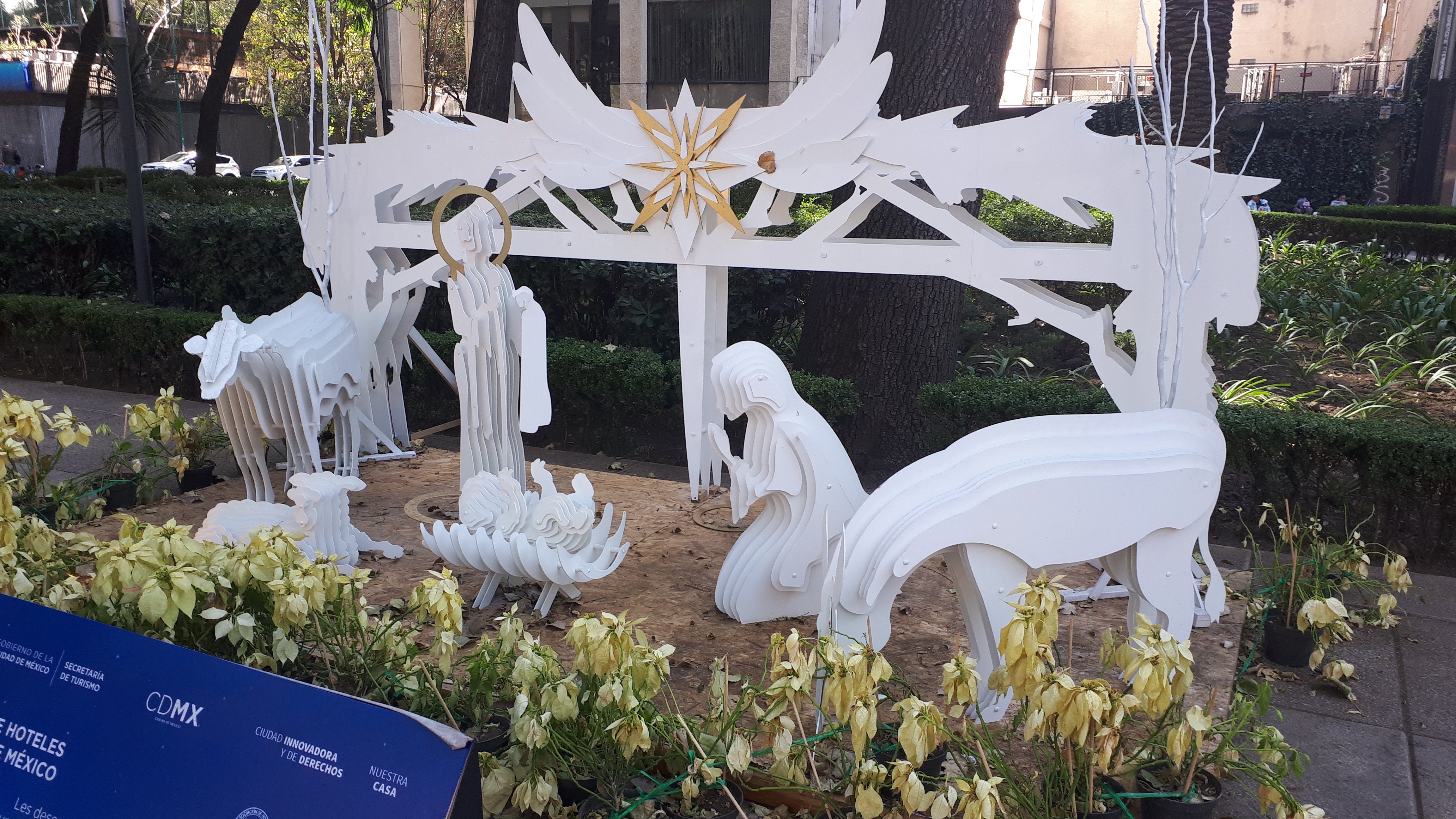 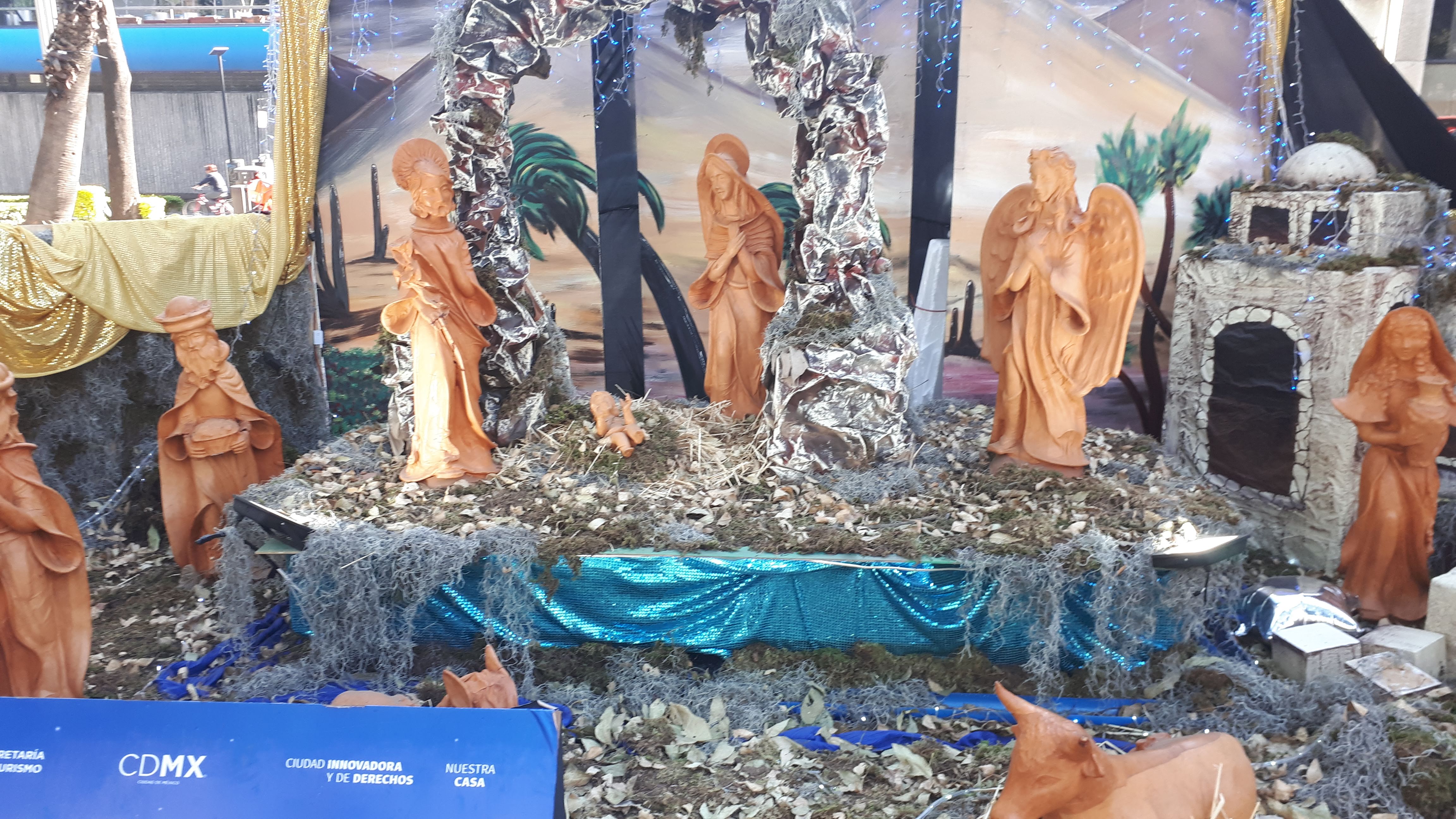 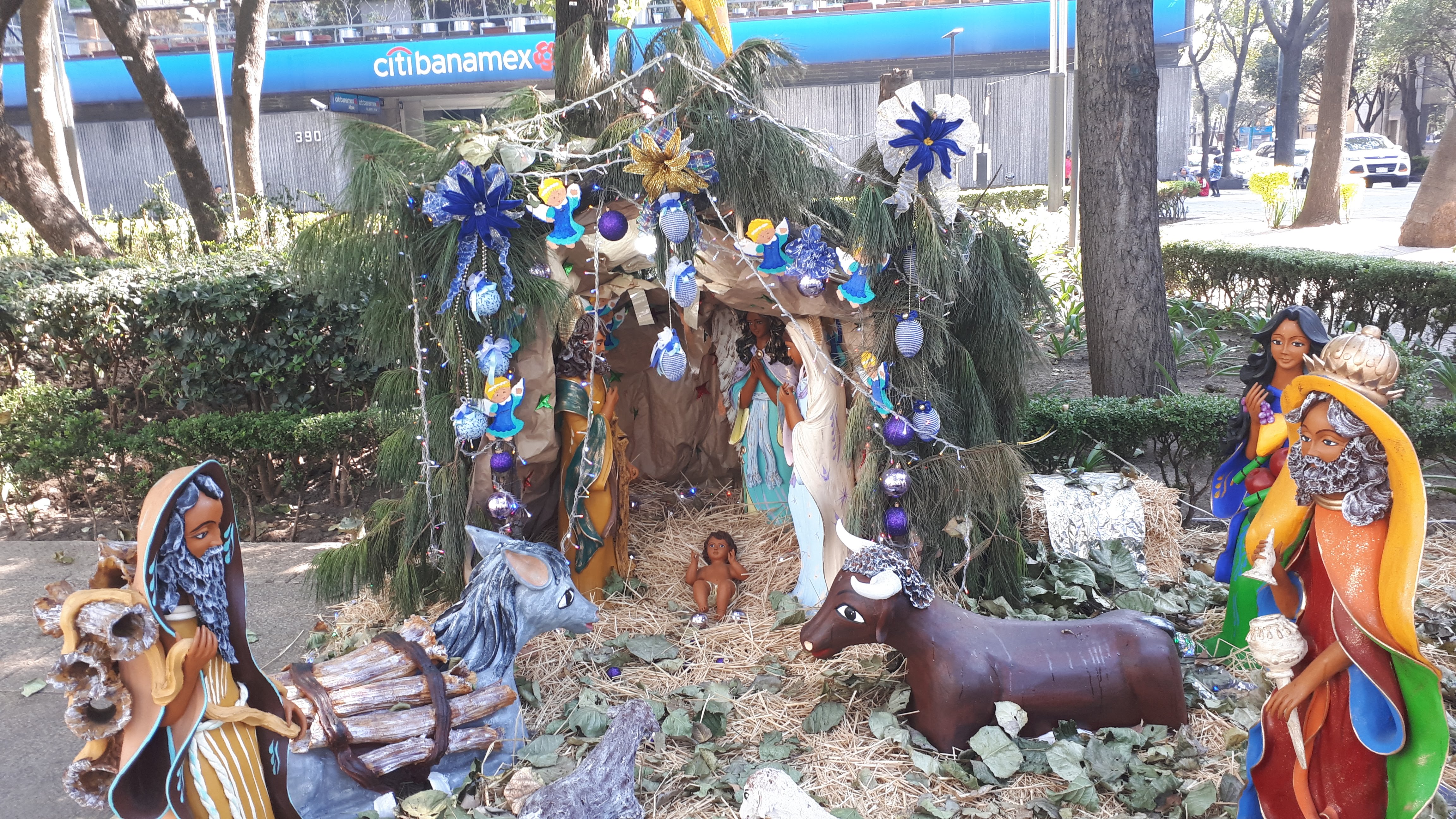 This was my favourite – look at the beading detail… 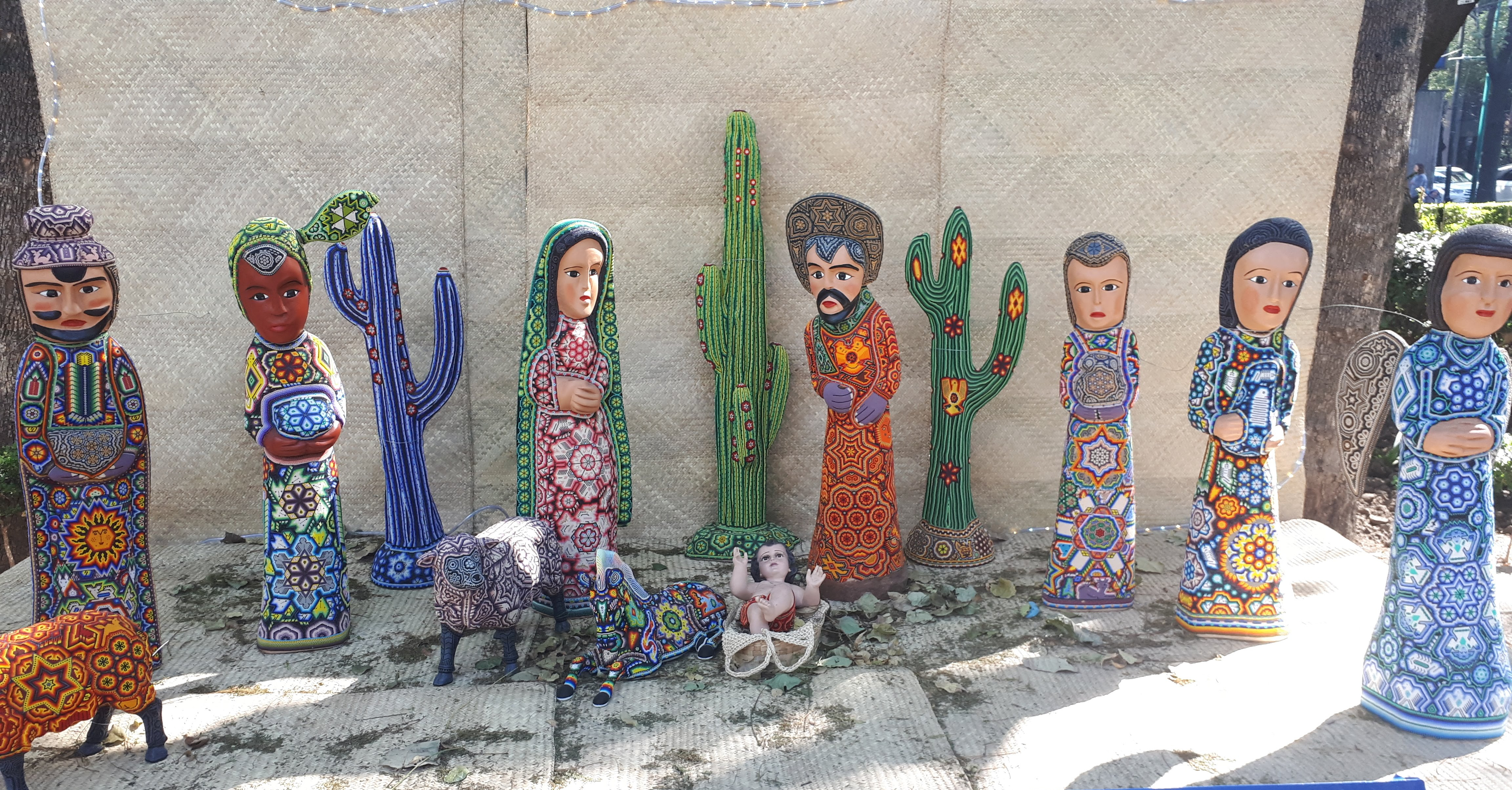 On New Years Eve,  most celebrations centre around two locations – the city’s main square (Zócalo) and around the Angel de la Independencia monument.   Having yet to master the skill of bilocation,  we opted for the one closest to our hotel – we were 2 blocks from the monument so it was a no-brainer really on such a busy night.  We’d just arrived into the city at about 9.00pm so it was great to be so close to the action. 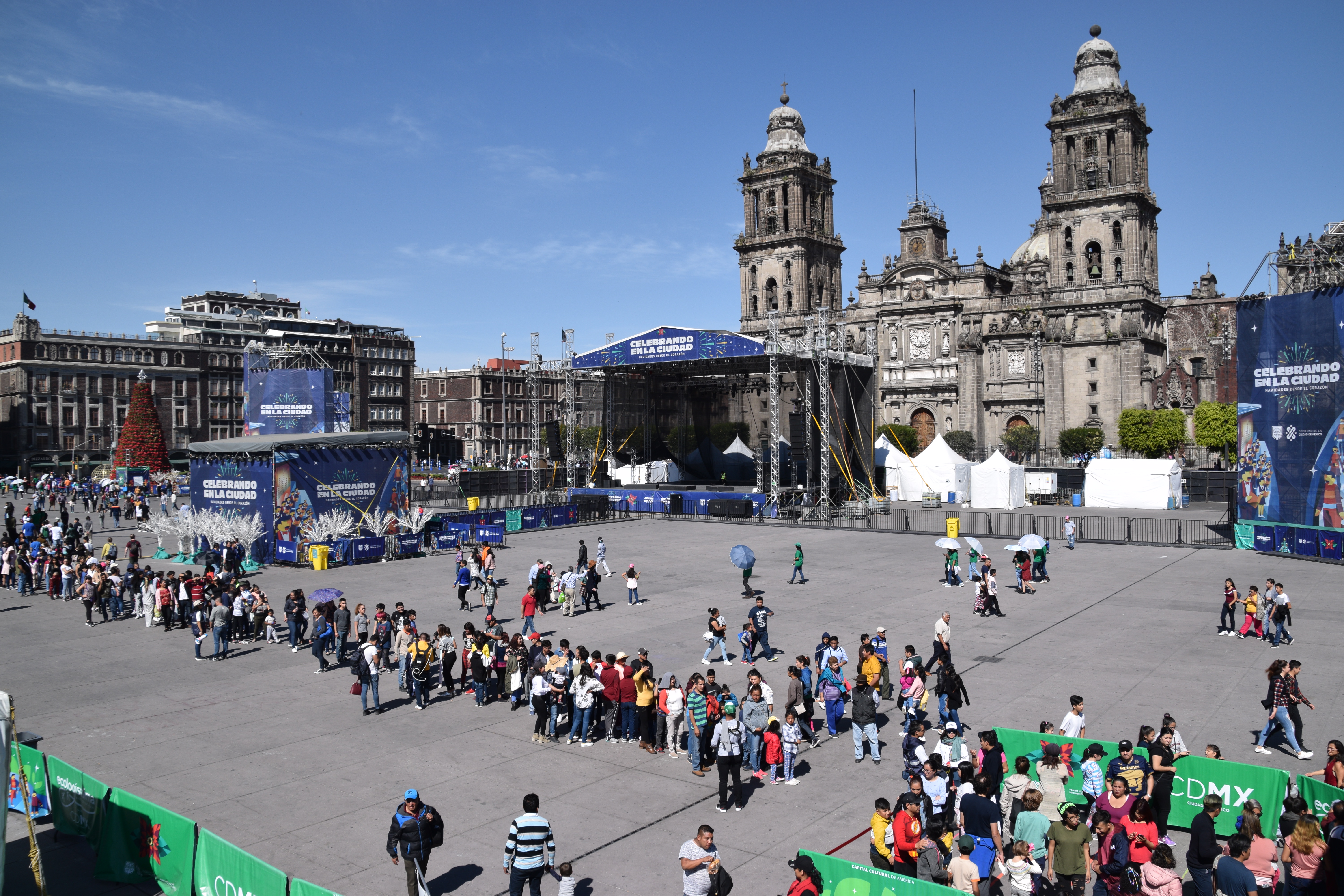 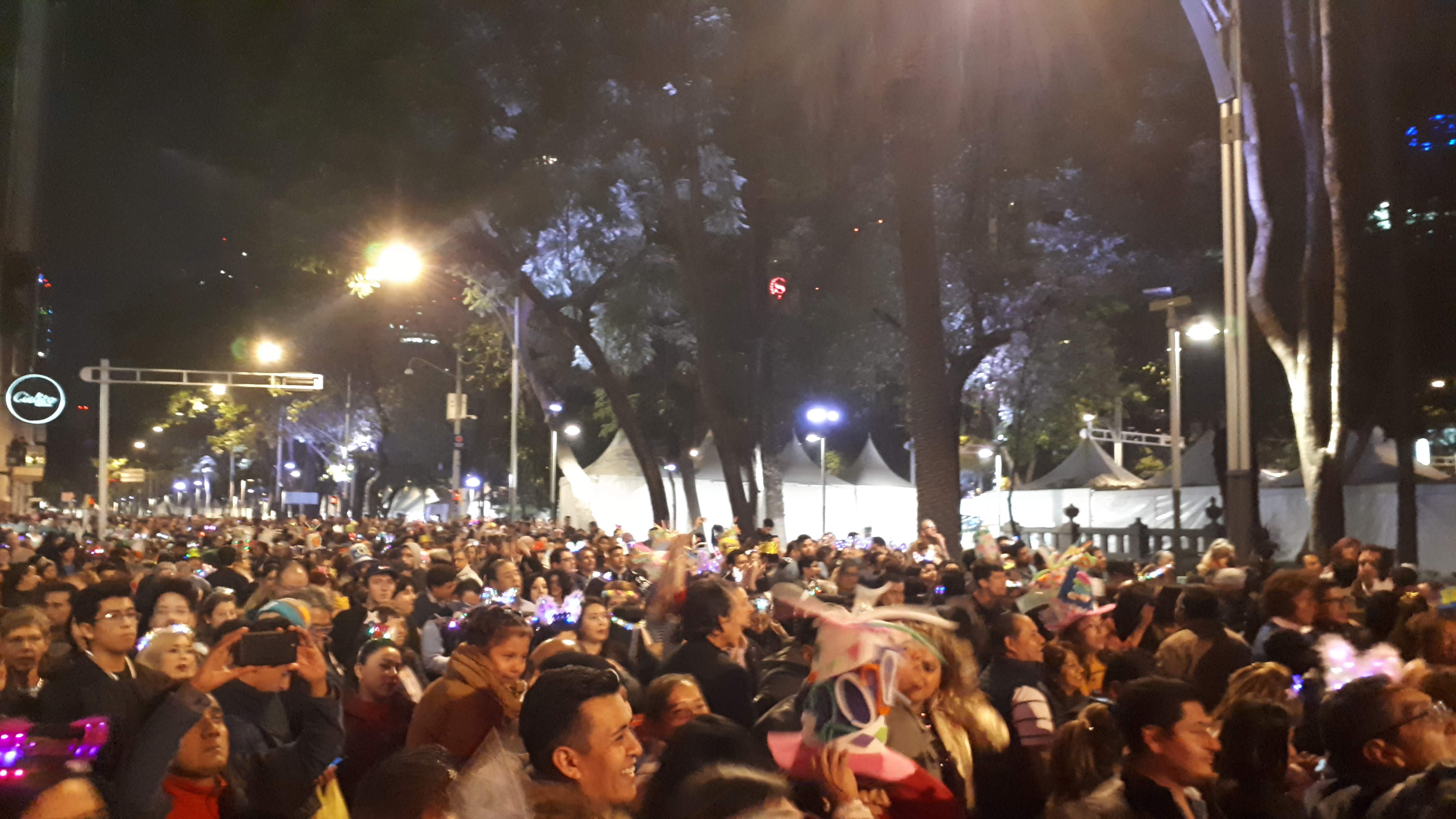 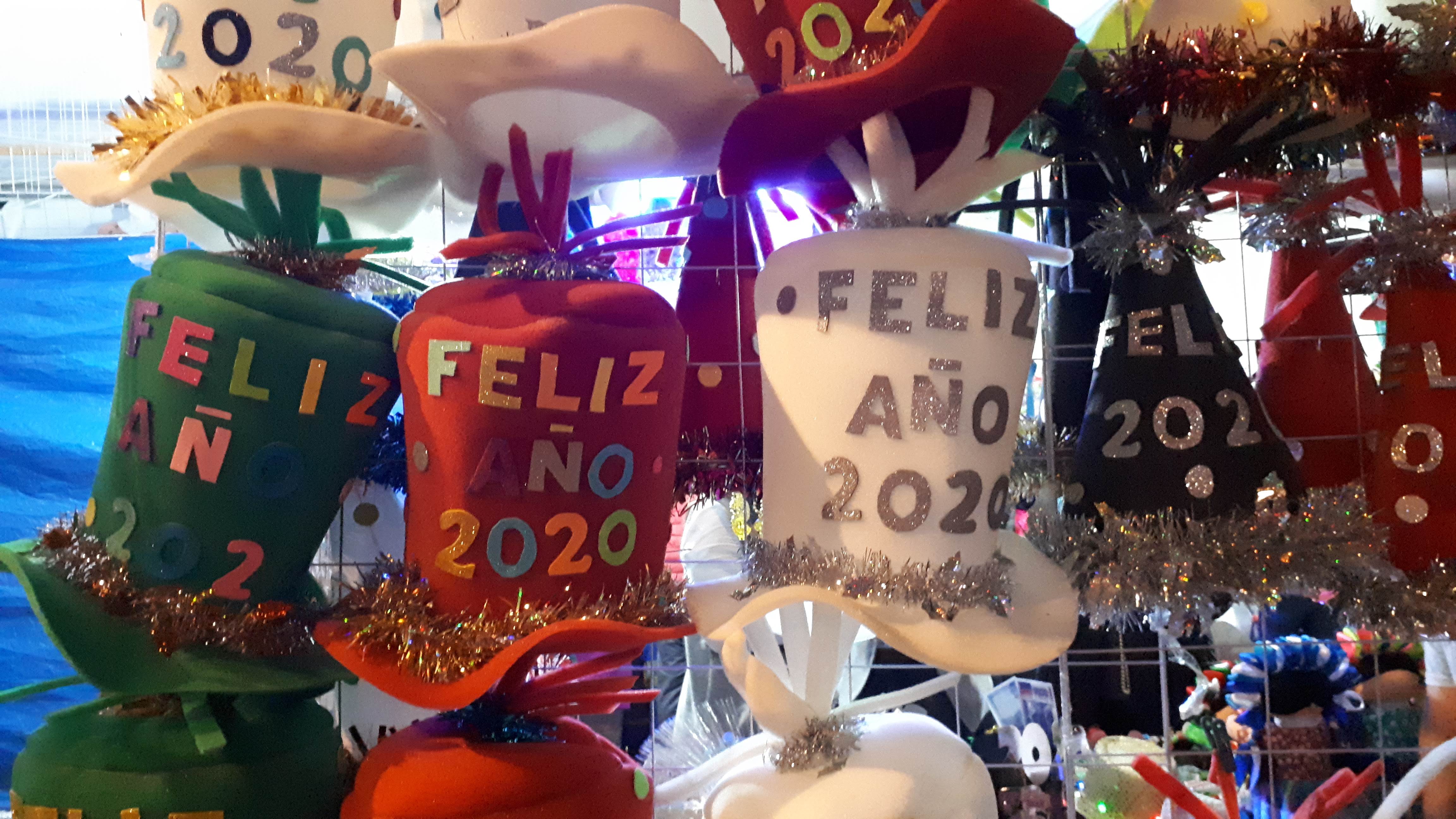 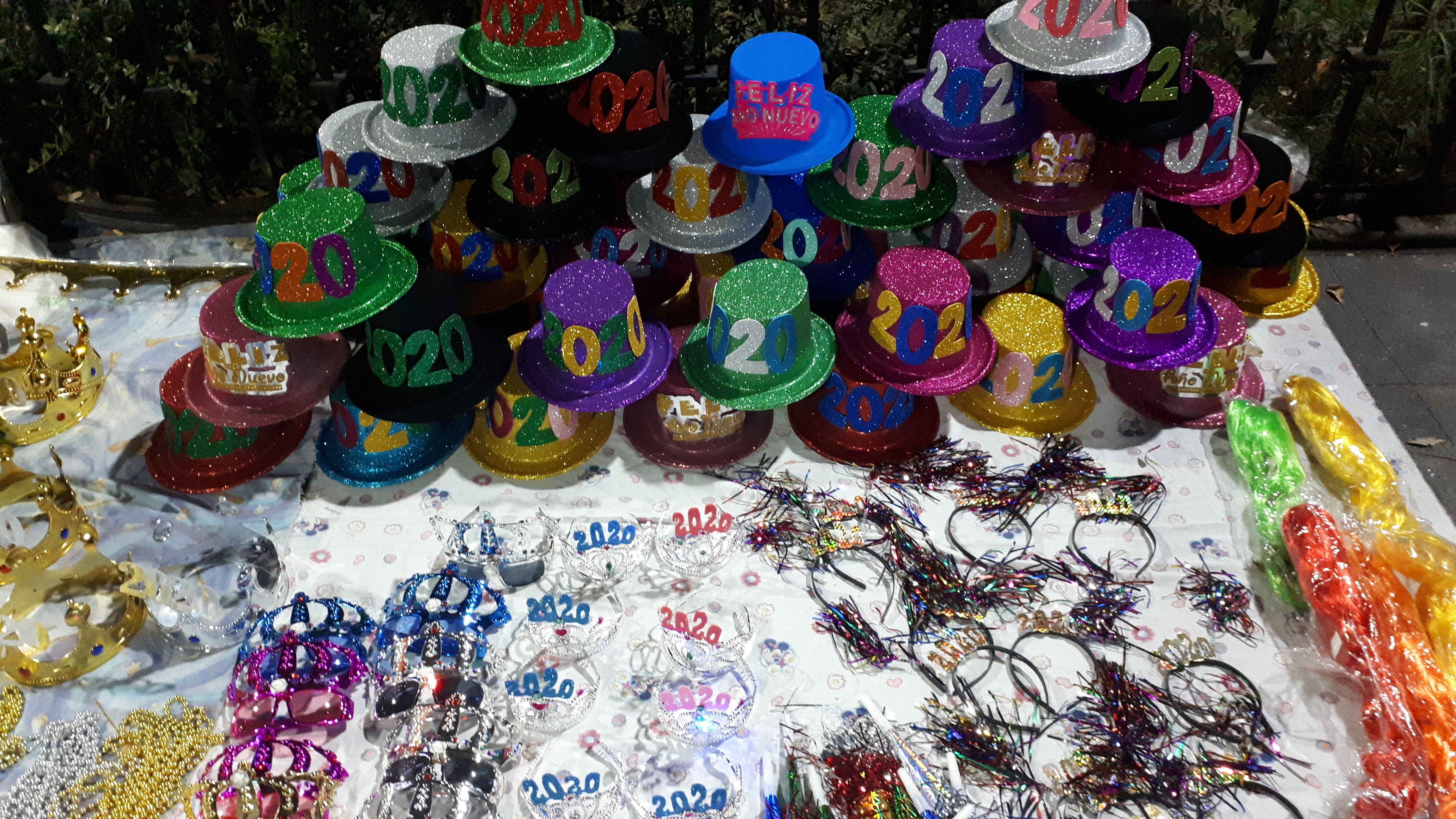 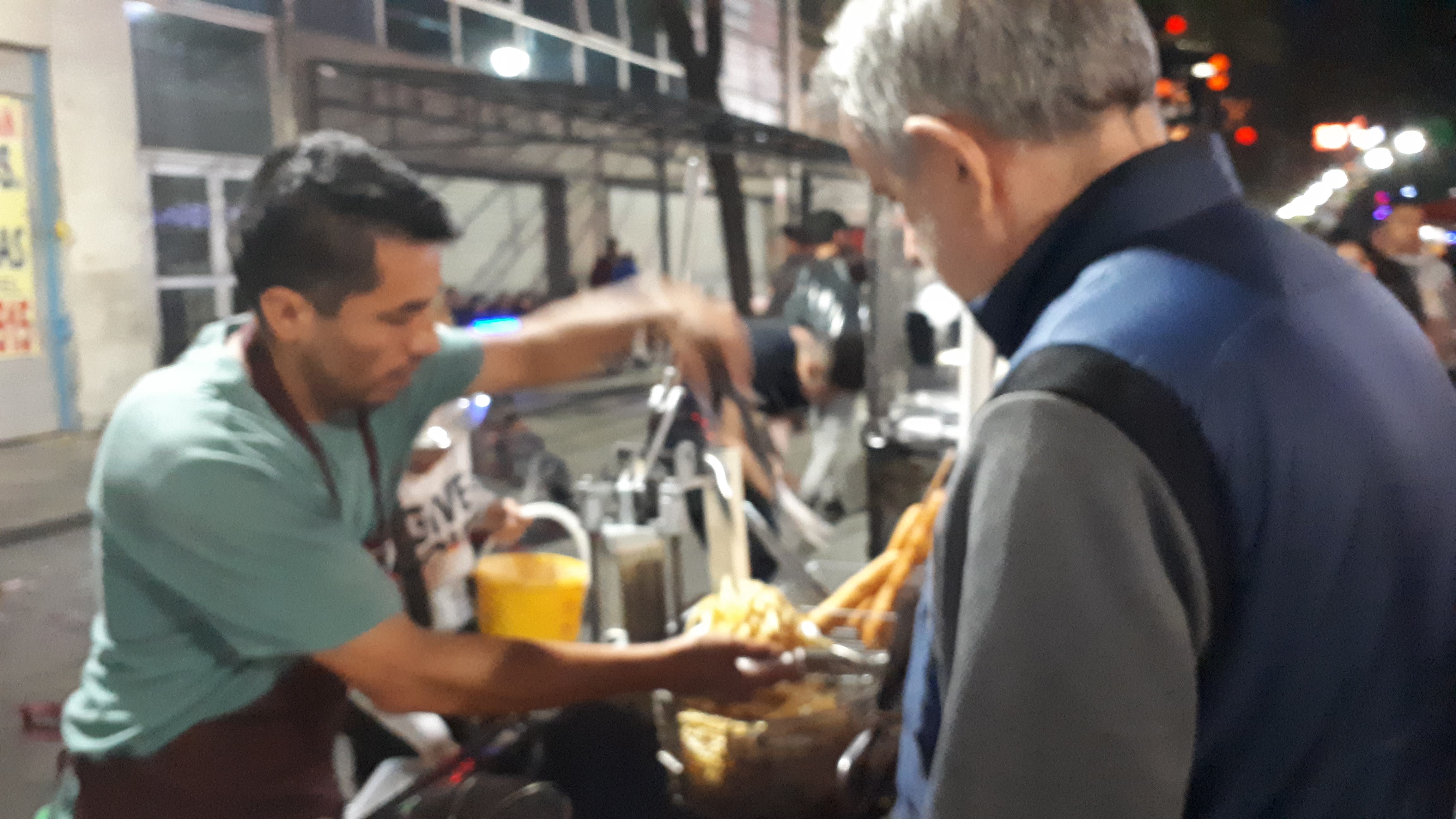 … and my first holiday beer…. 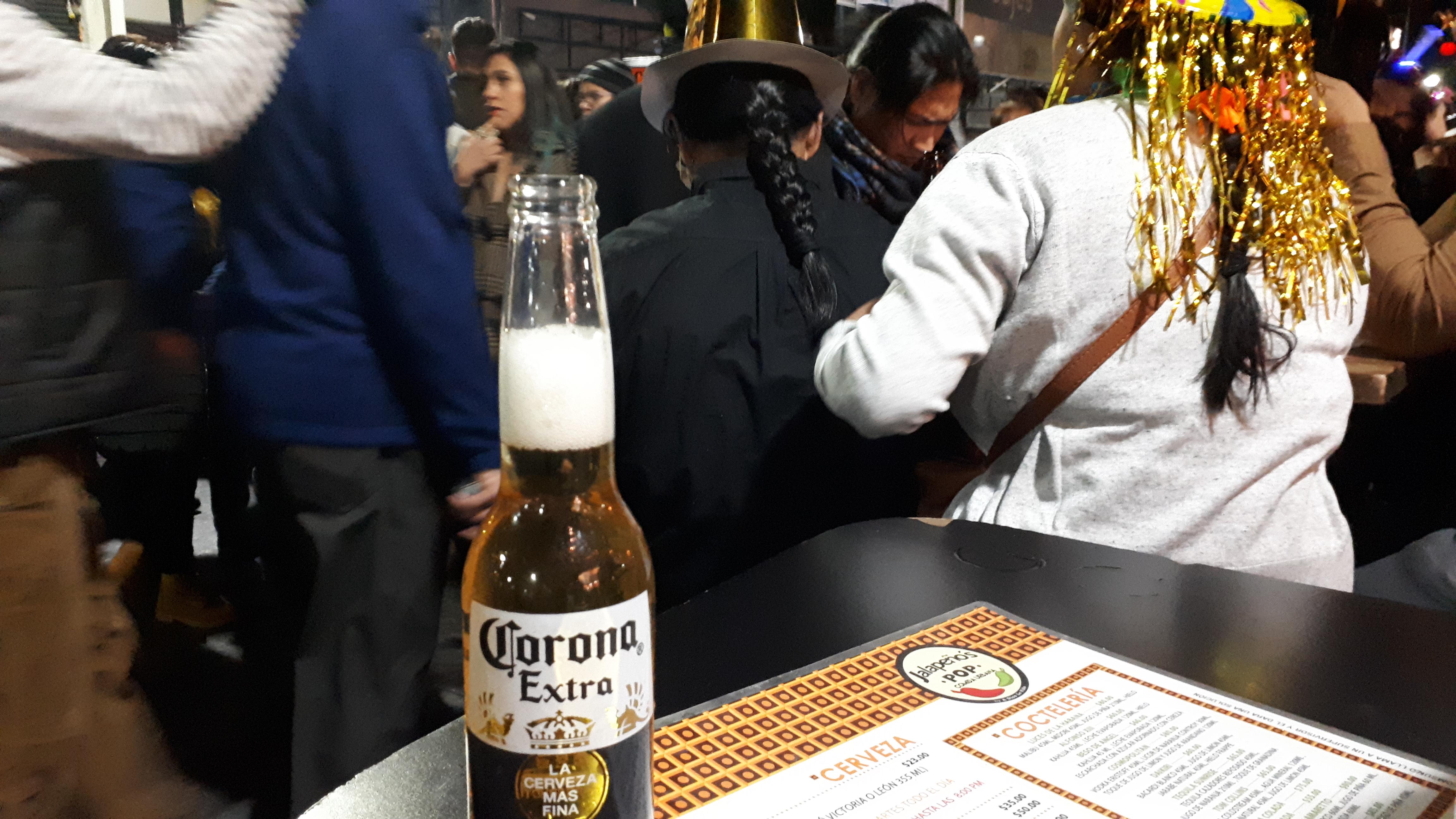 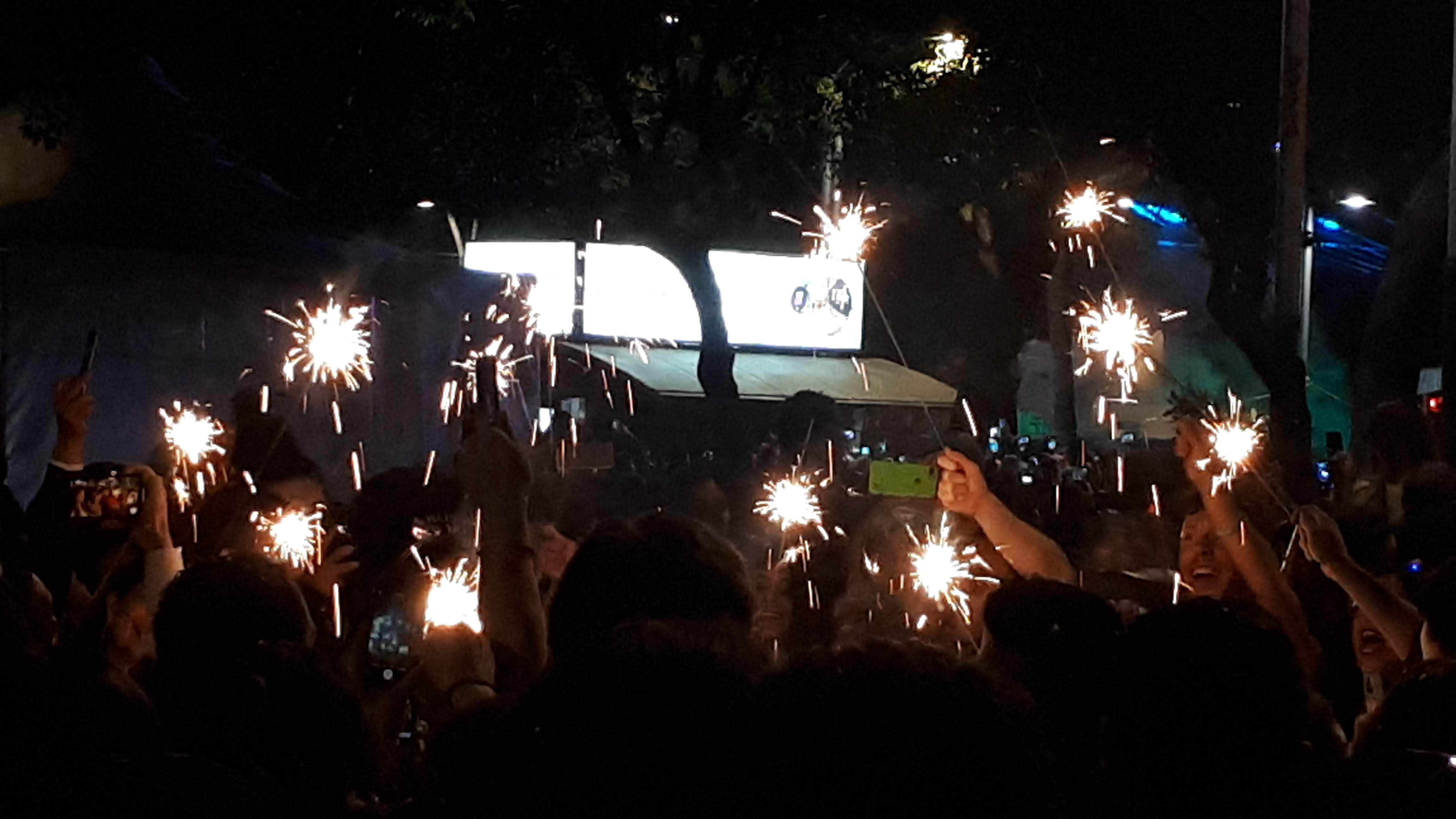 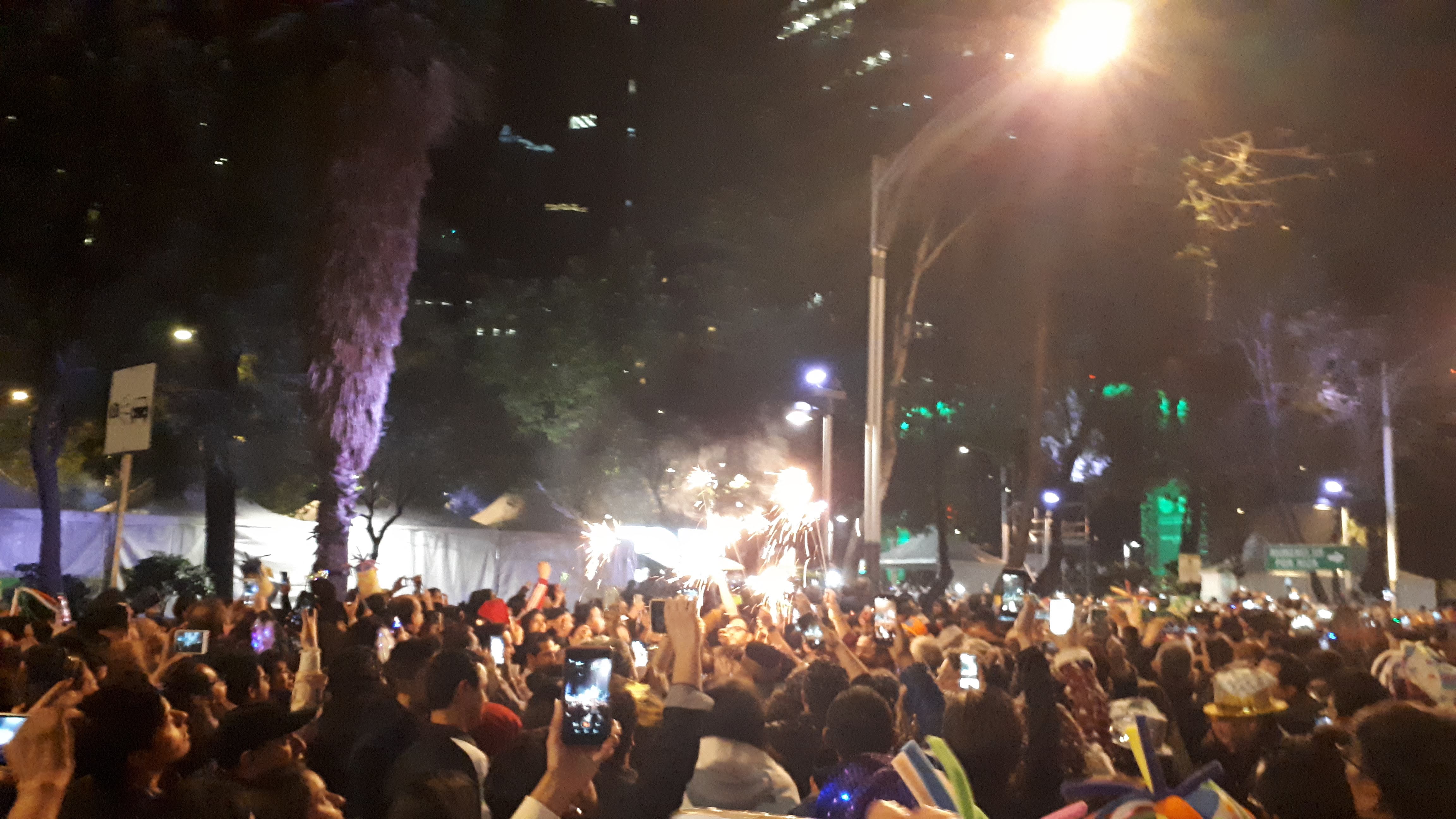 There was a live concert from late evening – no fireworks at the monument but plenty of music,  strobe lighting,  sparklers and dancing.   There was a fantastic atmosphere – perfect for singles and families alike.  Lots of groups had brought their champagne and glasses to ring in the new year.

We didn’t linger much after midnight – we’d already been up for about 26 hours – but the celebrations continued long after we’d hit the pillow.

If you are ever planning for a few days around New Year in Mexico City,  be warned that nothing will open on New Years Day – so make sure you allow an extra day or two for sightseeing and/or shopping.  Its very much a family day. 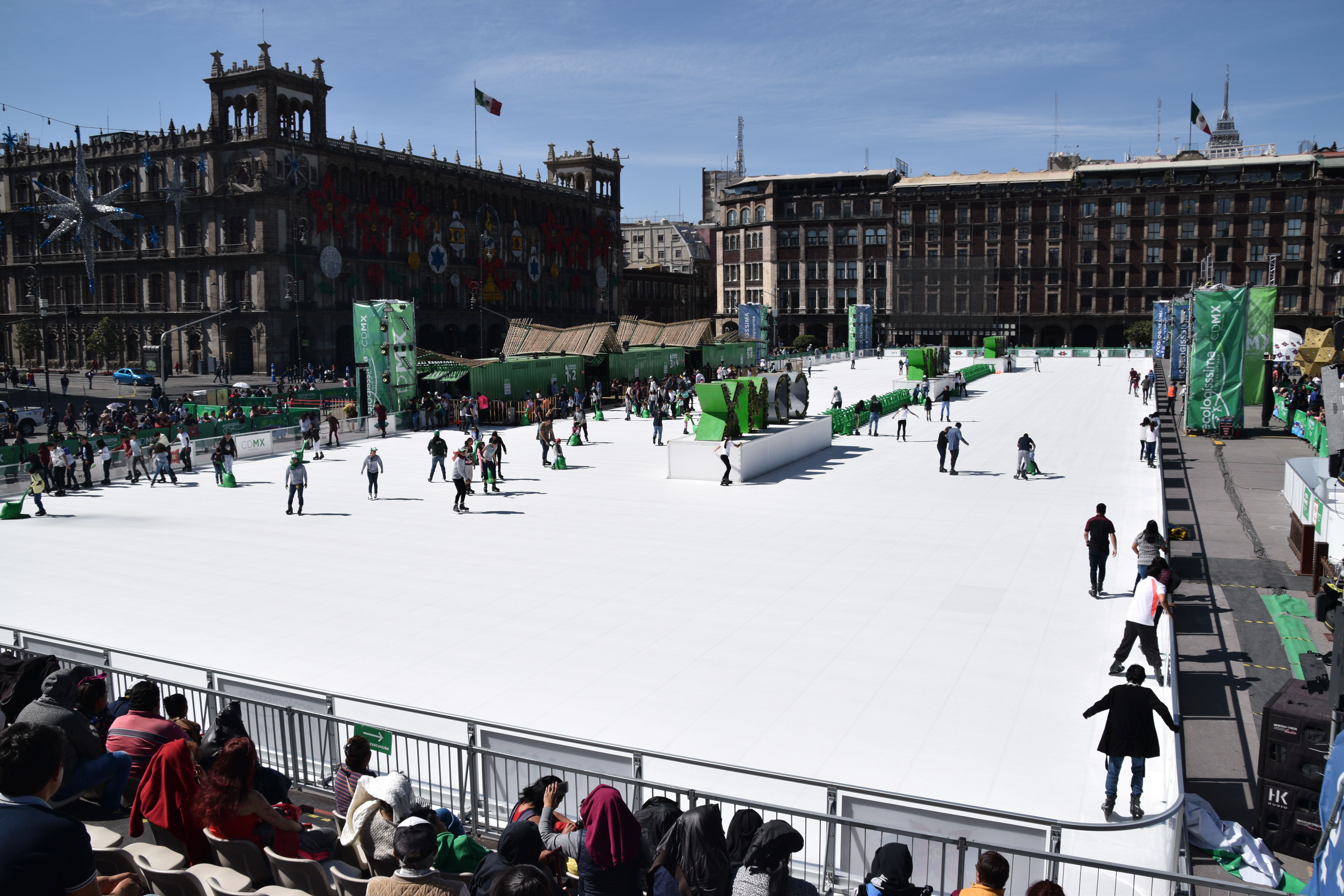 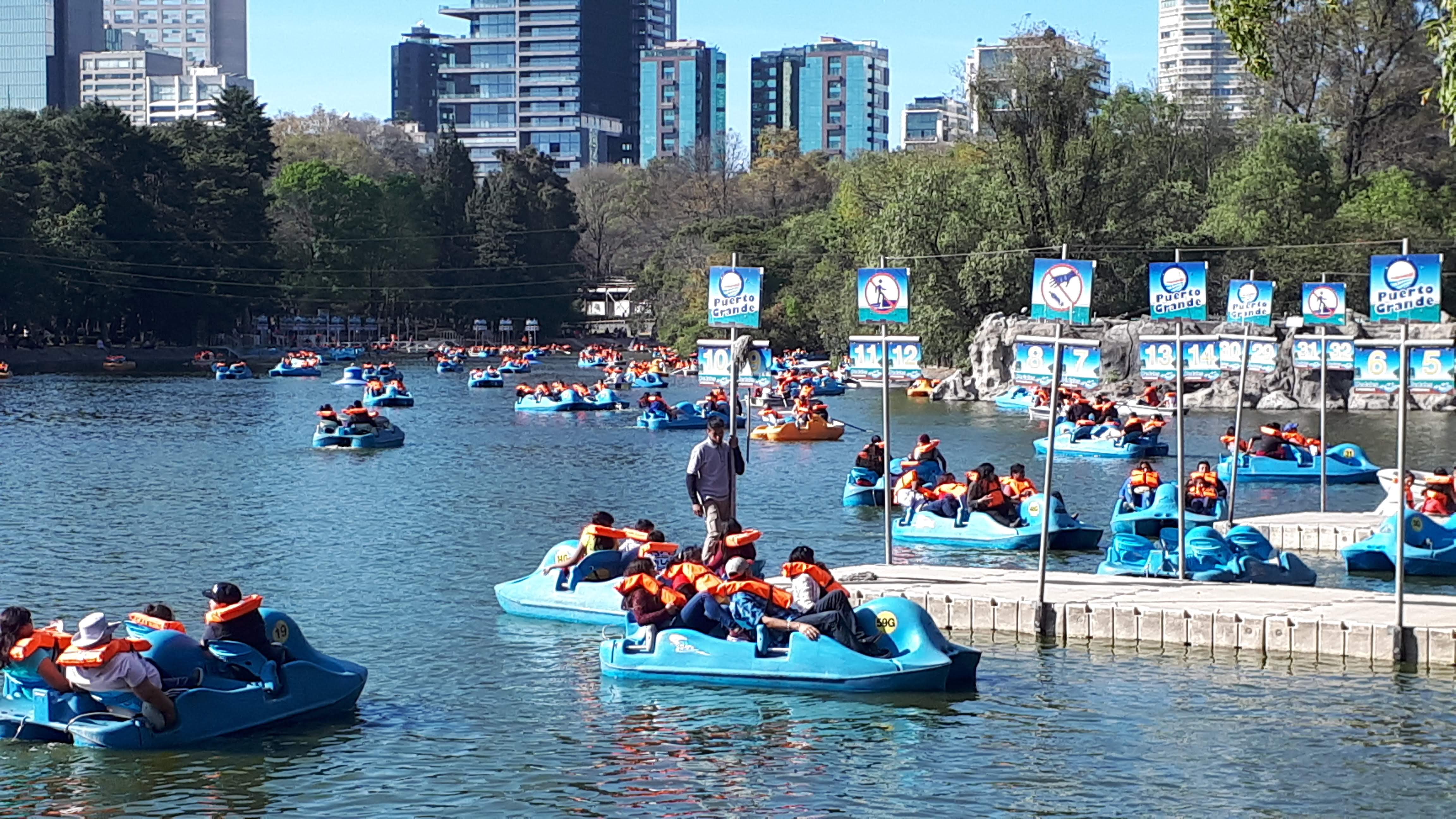 Not everyone is happy to travel on the holidays but we’ve flown a few times on New Year’s Eve.  The flights are usually the last to be filled from our experience and tend to be better value.   We flew Dublin – Madrid – Mexico City on the 31st.   We could have flown via the US on the 30th – but it would cost an extra €600 each!!!

We stayed at the  Hotel Galeria Plaza Reforma which was a great location for New Year.

There is the Angel Monument (taken from hotel roof) where the festivities were held. 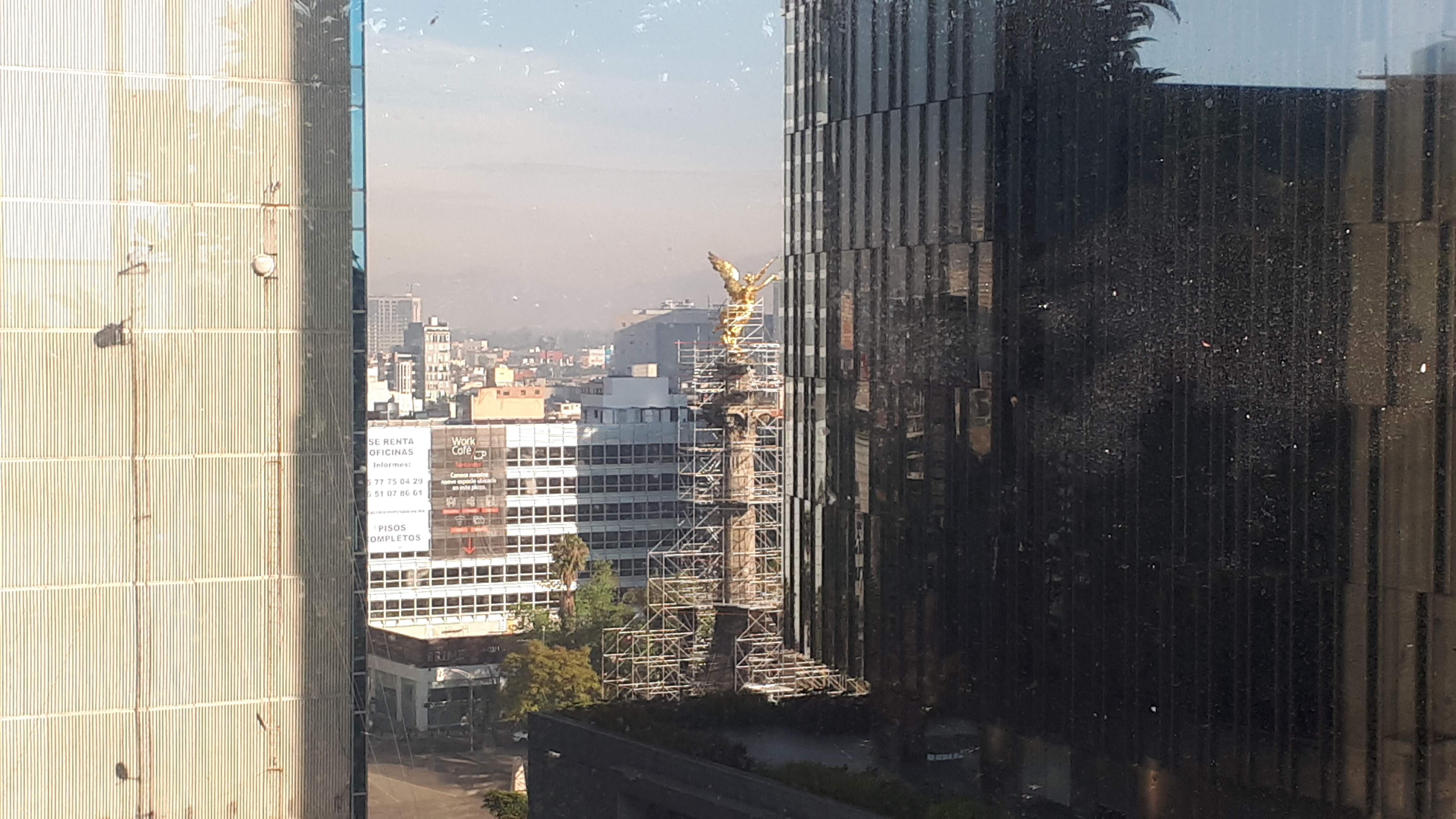 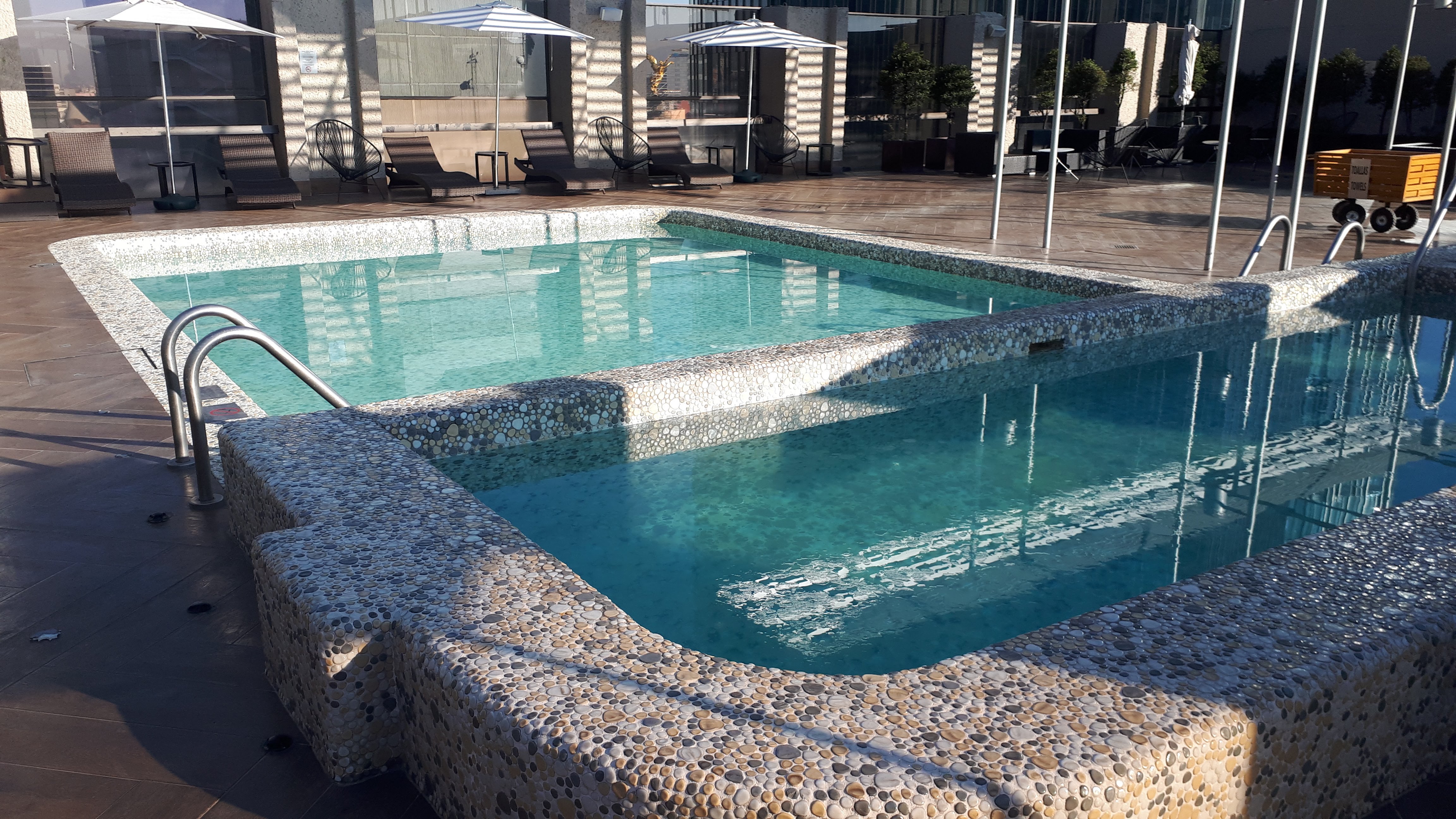 Have a look at a few of our other New Year trips….

22 thoughts on “Ringing in a New Year – Mexico City style!”