Today,  June 16th,  we Irish remember and celebrate the work of James Joyce,  one of the most influential and important authors of the 20th century.

So let’s begin with 10 amazing facts with which you can stun your family and friends – not to mention excelling at your next quiz!!

1. James Augustine Aloysius Joyce was born in Dublin in 1882.

2. He was raised in a middle class Catholic family,  the eldest of 12 children.

3. A brilliant linguist (learning Norwegian in order to read Ibsen’s work in its original language!) he studied French at university and adopted Italian as the language of the home with his family.   He could speak 17 languages including Irish, German, Greek, Hebrew, Russian, Finnish, Polish, Arabic and Sanskrit!

4. He spent most of his adult life in self-imposed exile (and virtual poverty) in Europe – mainly Trieste,  Paris and Zurich. 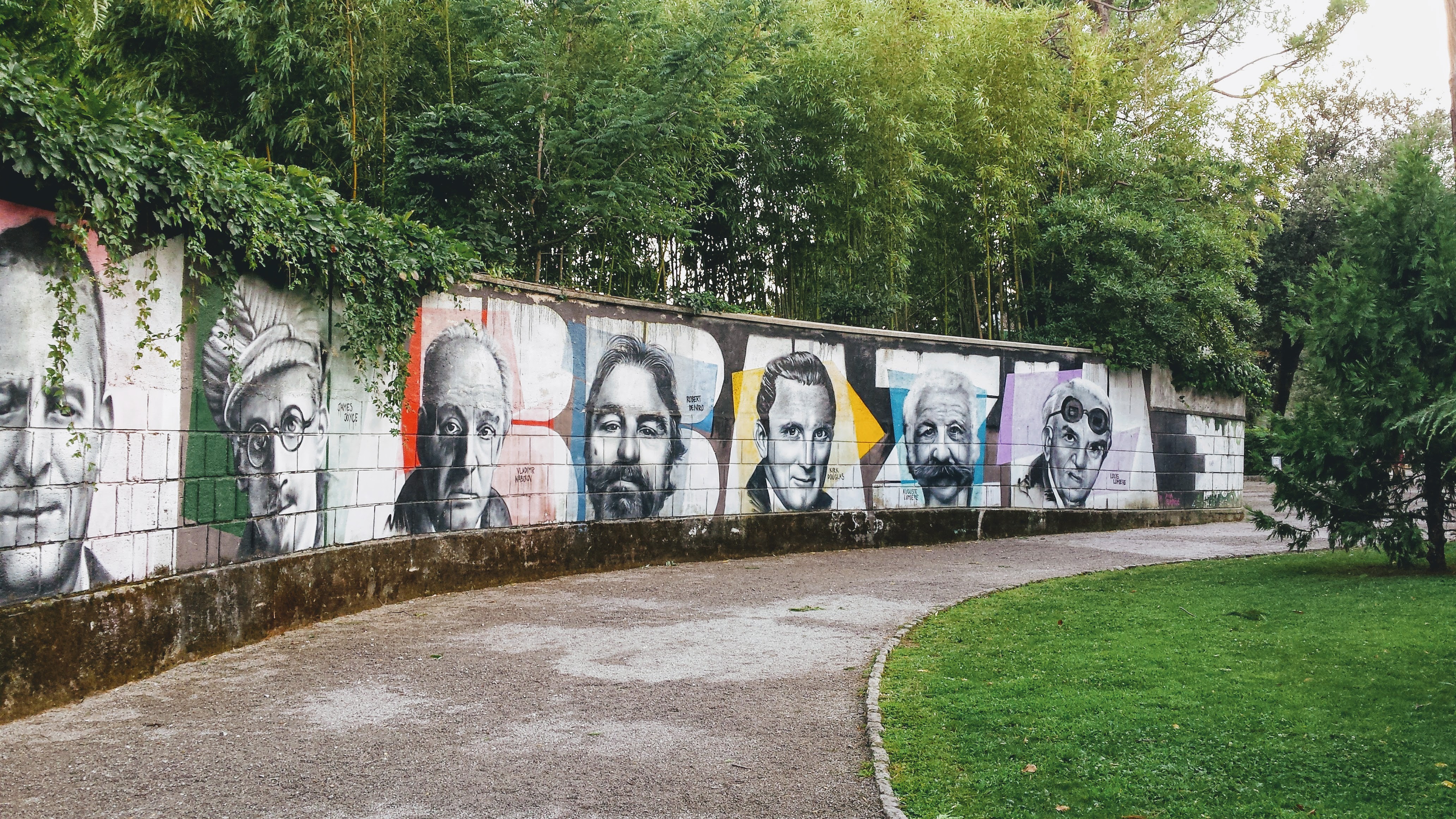 6. He was a man of phobias!   He suffered from cynophobia (fear of dogs),  having been bitten as a child.  His astraphobia (fear of thunder and lightning) began when he was told as a child that thunder was the sound of an angry God.  (Once asked by a friend why he was so afraid of bad weather,  Joyce replied, ‘You were not brought up in Catholic Ireland’).   This fear probably inspired his 100-letter word which represents a thunderclap in his final novel Finnegan’s Wake (1939):

7. He was plagued with eye problems for most of his adult life.   He had about two dozen eye surgeries over the years and often had to wear an eye patch.  This forced him to use large sheets of white paper and a red crayon when writing so he could see his work clearly.  (His daughter was named after St Lucia – the patron saint of the blind).

8. In the 1960’s,  physicist Murray Gell-Mann liked the line ‘Three quarks for Muster Mark’ in Joyce’s novel Finnegans Wake so much,  he suggested QUARK as the name for his subatomic particle proposal.

9. Joyce died in Zurich in 1941,  at the age of 59,  after surgery for a perforated ulcer.  His final words are said to have been ‘Does nobody understand?’.

Joyce met fellow novelist Marcel Proust at a dinner in 1922.   Much to the disappointment of the other guests,  the two writers spent the meal discussing their ailments,  before eventually admitting that they hadn’t read each other’s work.  Also on the guest list that night were Picasso and Stravinsky.    Joyce and Proust supposedly shared a cab home but Proust scampered without paying his half of the fare!

As a writer,  Joyce’s grasp of philosophy,  theology,  mythology and foreign languages enabled him to experiment with English language and stretch it to its limits.   Although he was to spend most of his adult life in mainland Europe,  his novels are set in Dublin and his characters are based on family,  Irish friends  – and Irish enemies!

His first published book was Chamber Music (1907),  a collection of love poems.  His best known works include the short-story collection Dubliners (1914) and novels  A Portrait of the Artist as a Young Man (1916),  Ulysses (1922) and Finnegans Wake (1939).   Other writings include books of poetry,  a play Exiles (1918),  published letters and occasional newspaper articles.

“I’ve put in so many enigmas and puzzles that it will keep the professors busy for centuries arguing over what I meant, and that’s the only way of insuring one’s immortality.”    (his reply when asked for a plan of Ulysses)

Considered his greatest work,  Joyce began writing Ulysses in 1914.   By 1918,  it was being serialised in the American magazine Little Review.  The novel was published in its entirety in Paris in 1922.   An obscenity lawsuit resulted in the book being banned in the United States until 1934.   Critics were divided  because of its innovative style.   Of course such controversies only made the book more successful.

Loosely based on Homer’s Odyssey,  Ulysses is an account of a single ordinary day in the life of Leopold Bloom,  an advertising salesman living in Dublin in 1904.   Each of the 18 chapters corresponds loosely with an episode in the Greek epic.

Bloom,  leaving his wife Molly at home in bed,  befriends a young artist,  Stephen Dedalus.    (Bloom is comparable to Odysseus,  Molly to Odysseus’ lover Penelope,  and  Dedalus to Telemachus).   As they spend the day wandering through Dublin,  their encounters include a funeral (DEATH),  a maternity hospital (BIRTH),  a brothel (SEX) and a library (ART).

Ulysses has always been considered one of the most difficult books to read in the English language.  It is written mostly as a ‘stream of consciousness’  where thoughts,  memories and reflections are not bound by the restrictions of traditional sentence structure,  punctuation and grammar (Molly’s final monologue has a sentence with 4391 words!!).   This experimental form,  as well as Joyce’s sexually explicit and blasphemous language, made Ulysses an important milestone in the development of the modern novel.

The day is named after Leopold Bloom.

Ulysses is set in 16 June 1904 – this was the day on which he and Nora Barnacle had their first date.   The character Molly Bloom was actually based on Nora.

We Irish never let a good opportunity go to waste and Bloomsday is now a week long festival of walks and talks,  highbrow and lowbrow lectures and readings,  music,  drink and lots of craic!

*Dressing for the day is very important –  the Edwardian fashion of the period,  and in particular,  the straw boater! 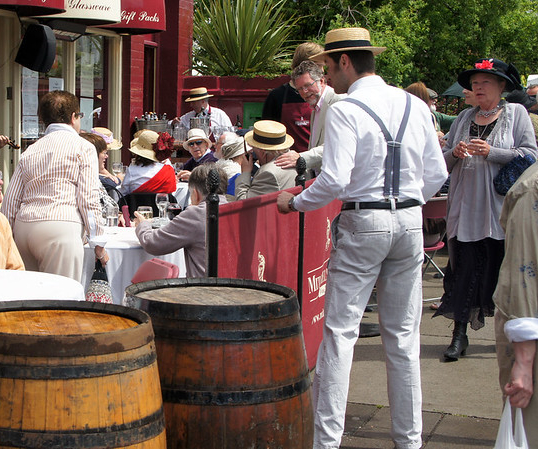 *Visiting the locations where the novel takes place. 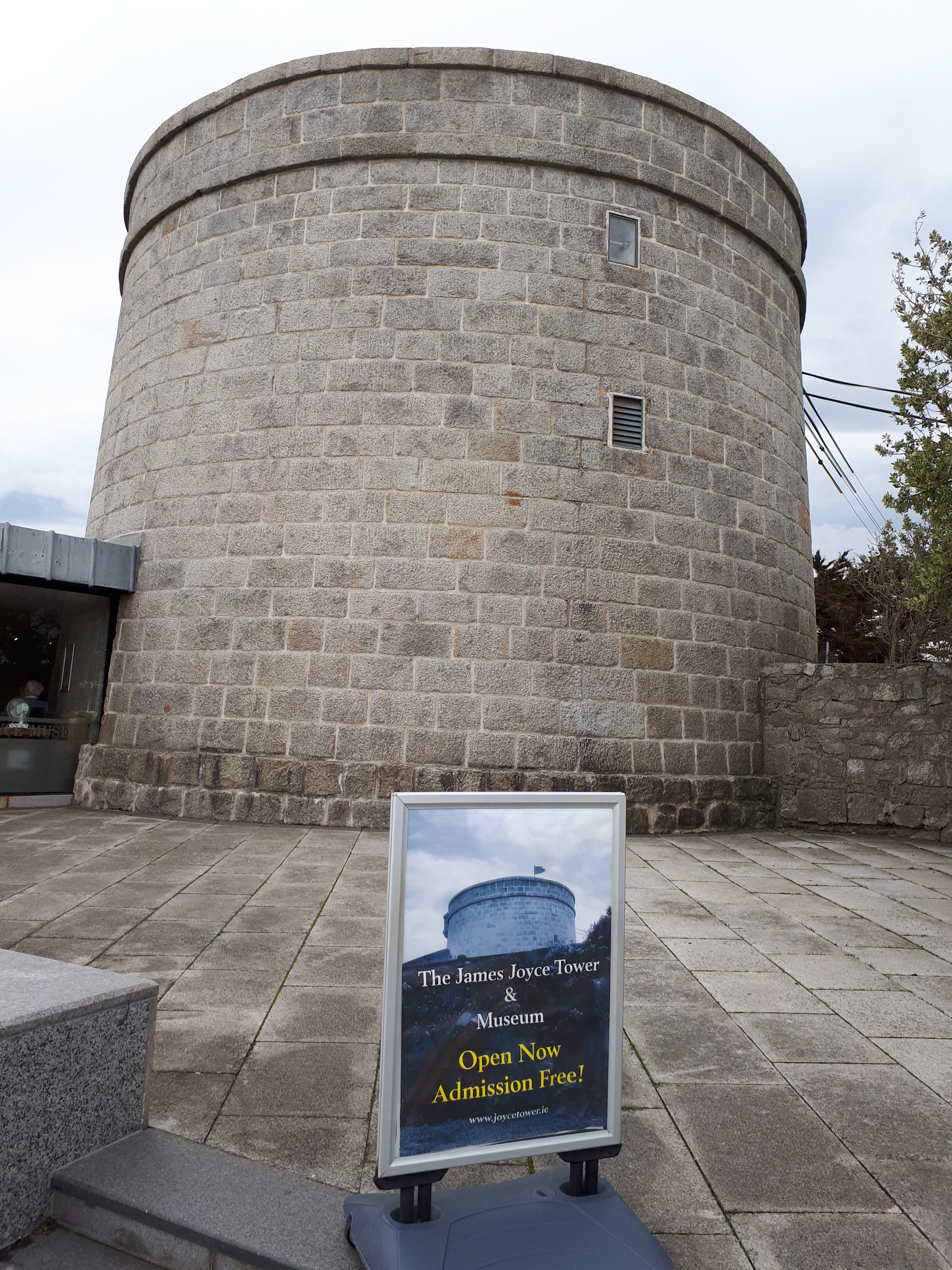 (Traditionally,  festivities begin at the Martello Tower in Sandycove, South Dublin,  which is where the novel opens).

*Eating food mentioned in the book.   This is a tricky one!

Mr. Leopold Bloom ate with relish the inner organs of beasts and fowls. He liked their giblet soup, nutty gizzards, a stuffed roast heart, liver slices fried with crust crumbs, fried hencod’s roes. Most of all he liked grilled mutton kidneys which gave to his palate a fine tang of scented urine.

Ok – not for everyone – easier to head to Davy Byrnes pub for a gorgonzola sandwich and a glass of burgundy! 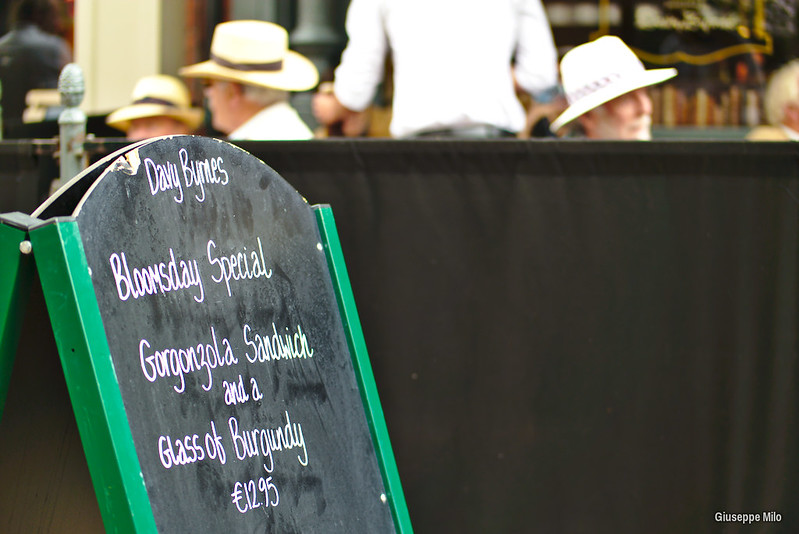 *Performing readings from the text. 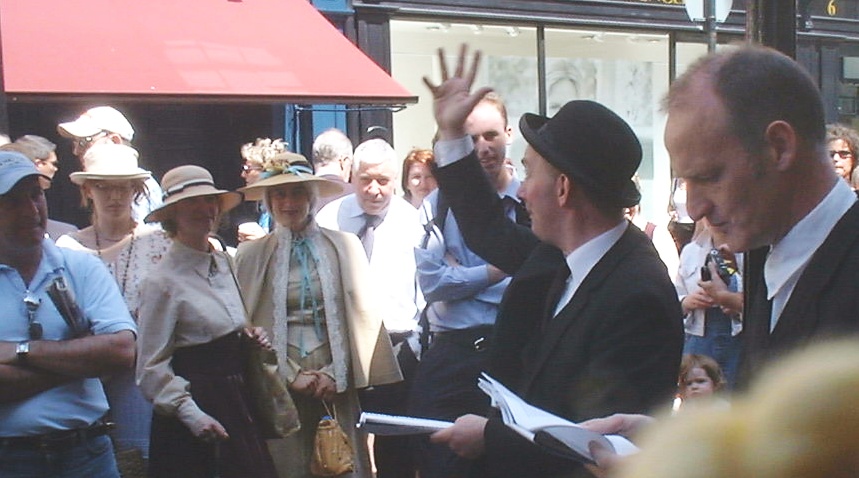 *For the 100th anniversary in 2004,  ten thousand people attended a free open-air traditional Irish breakfast in Dublin.   In 2011,  there was a world wide tweeting of the entire novel (at about 265,000 words long,   that’s some tweeting!!)

*2020 will also be a year to remember – but for a different reason!   However,  you can all take part in the online programme at  Bloomsday Festival

Shut your eyes and see. (Ulysses)

A man of genius makes no mistakes. His errors are volitional and are the portals of discovery.  (Ulysses)

She respected her husband in the same way as she respected the General Post Office, as something large, secure and fixed. (Dubliners)

Mr. Duffy lived a short distance from his body.  (Dubliners)

He wanted to cry quietly but not for himself:  for the words,  so beautiful and sad,  like music (A Portrait of the Artist as a Young Man)

Can’t bring back time. Like holding water in your hand. (Ulysses)

Why is it that words like these seem dull and cold? Is it because there is no word tender enough to be your name? (Dubliners)

Absence, the highest form of presence. (A Portrait of the Artist as a Young Man)

12 thoughts on “A Date in the Irish Calendar – Bloomsday”