I’m happy to identify with the cliche – I’m Irish and I LOVE my spuds!   So on a recent trip to Bruges,  I had to take myself off to the FRIET MUSEUM – the only one in the world dedicated to fries!

The building itself dates back to the 14th century and displays are spread over a few floors – going through the history of the potato,  showcasing farming techniques and tools and moving on to the preparation of frites – with the option of sampling the product in the medieval cellars before you leave. 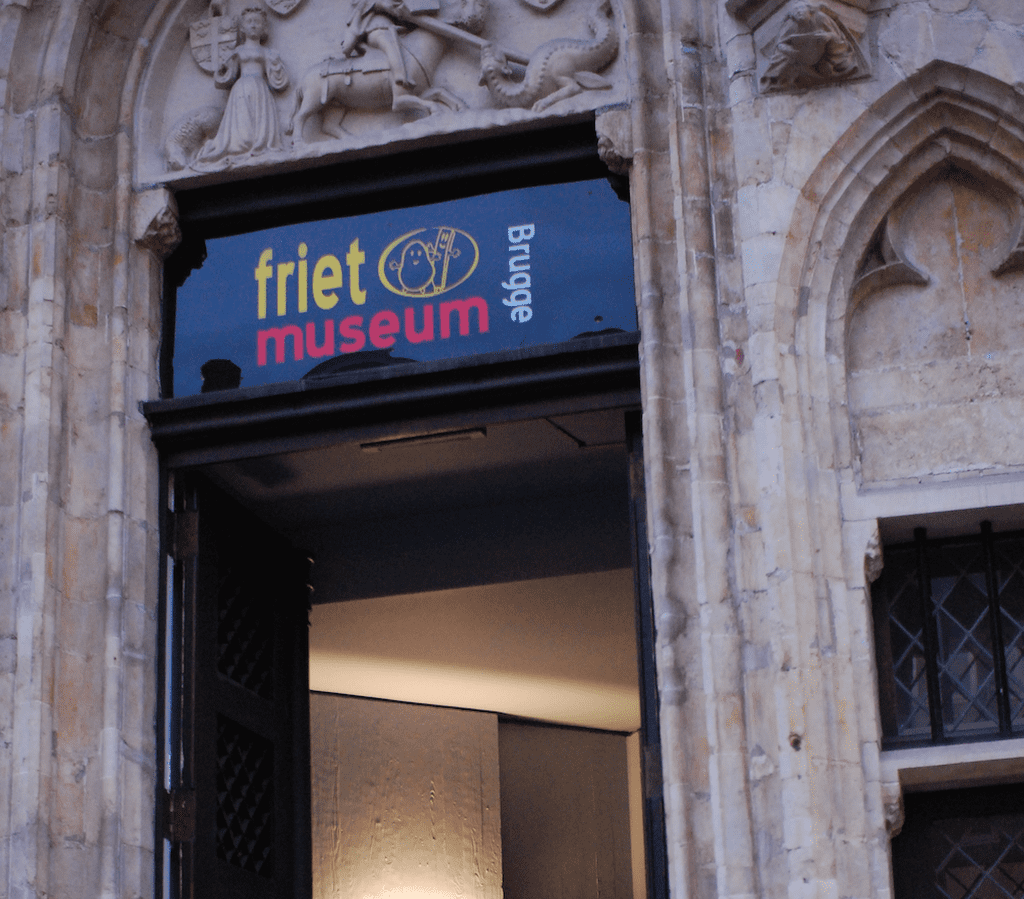 So what can one possibly discover in a Friet Museum ?

Read on and learn my friend!

1. There are more types of spud in the world than I ever imagined! 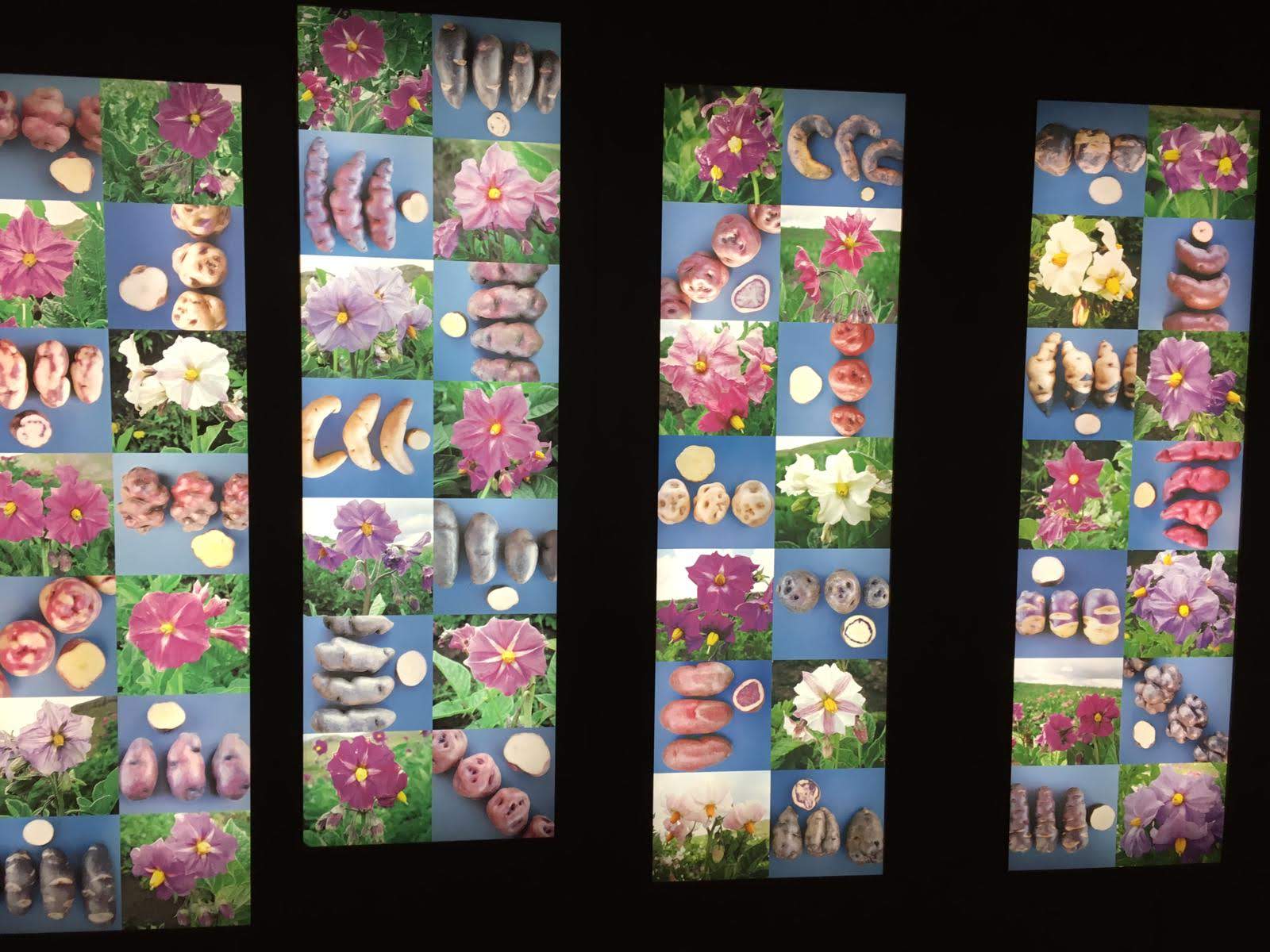 Won’t see many of these in Tesco! 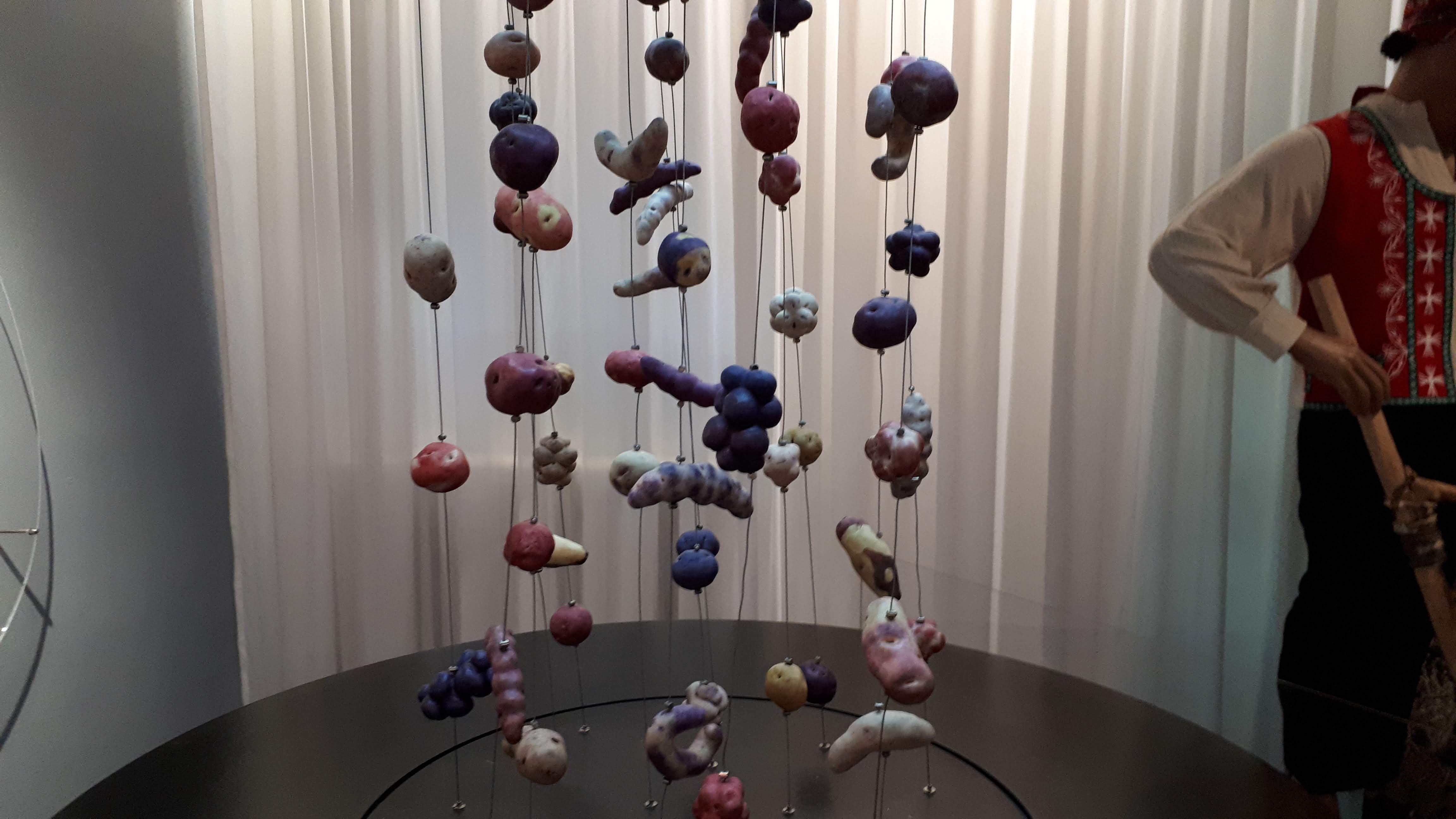 Luckily this potato was never introduced to Ireland!!! 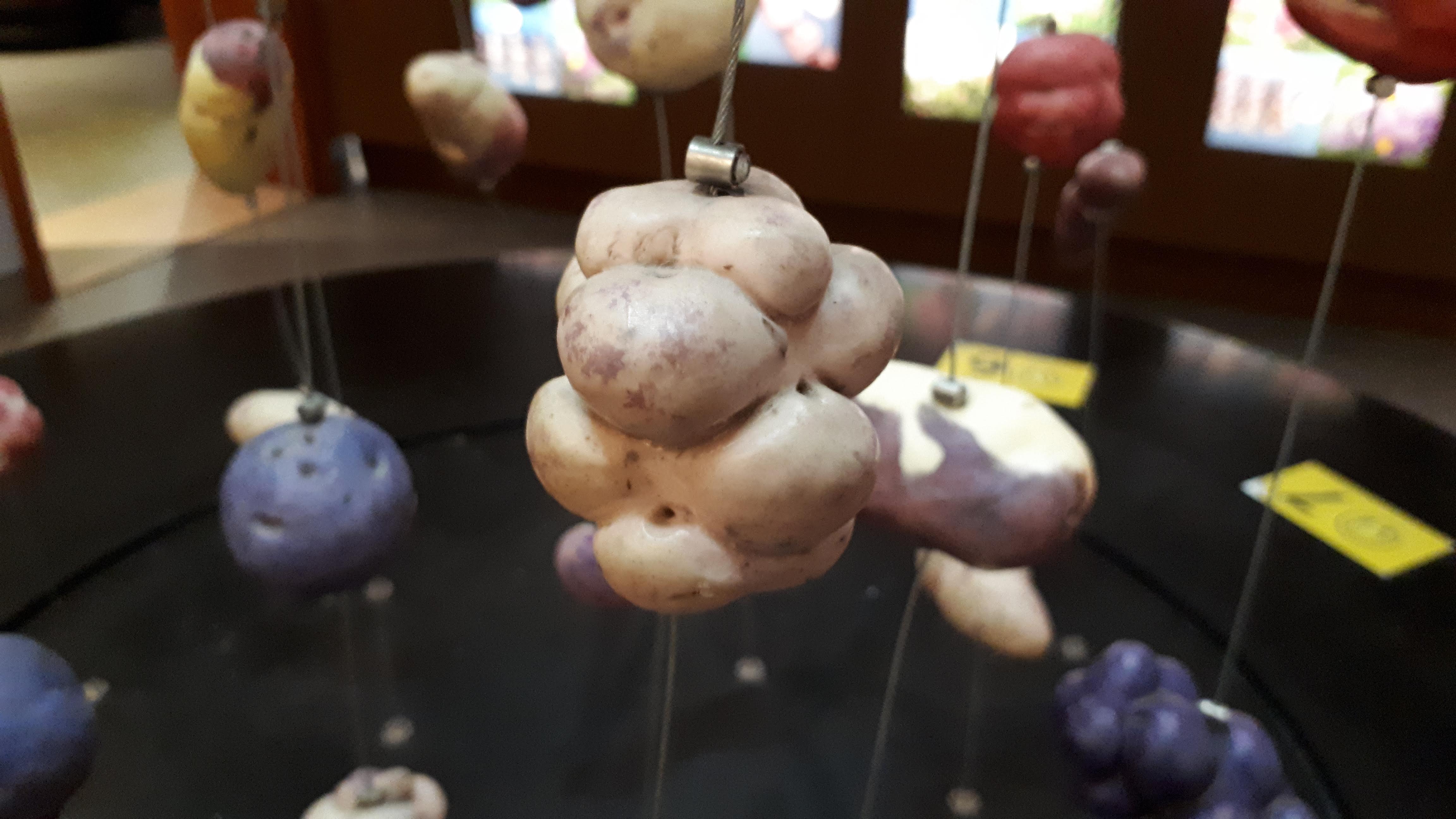 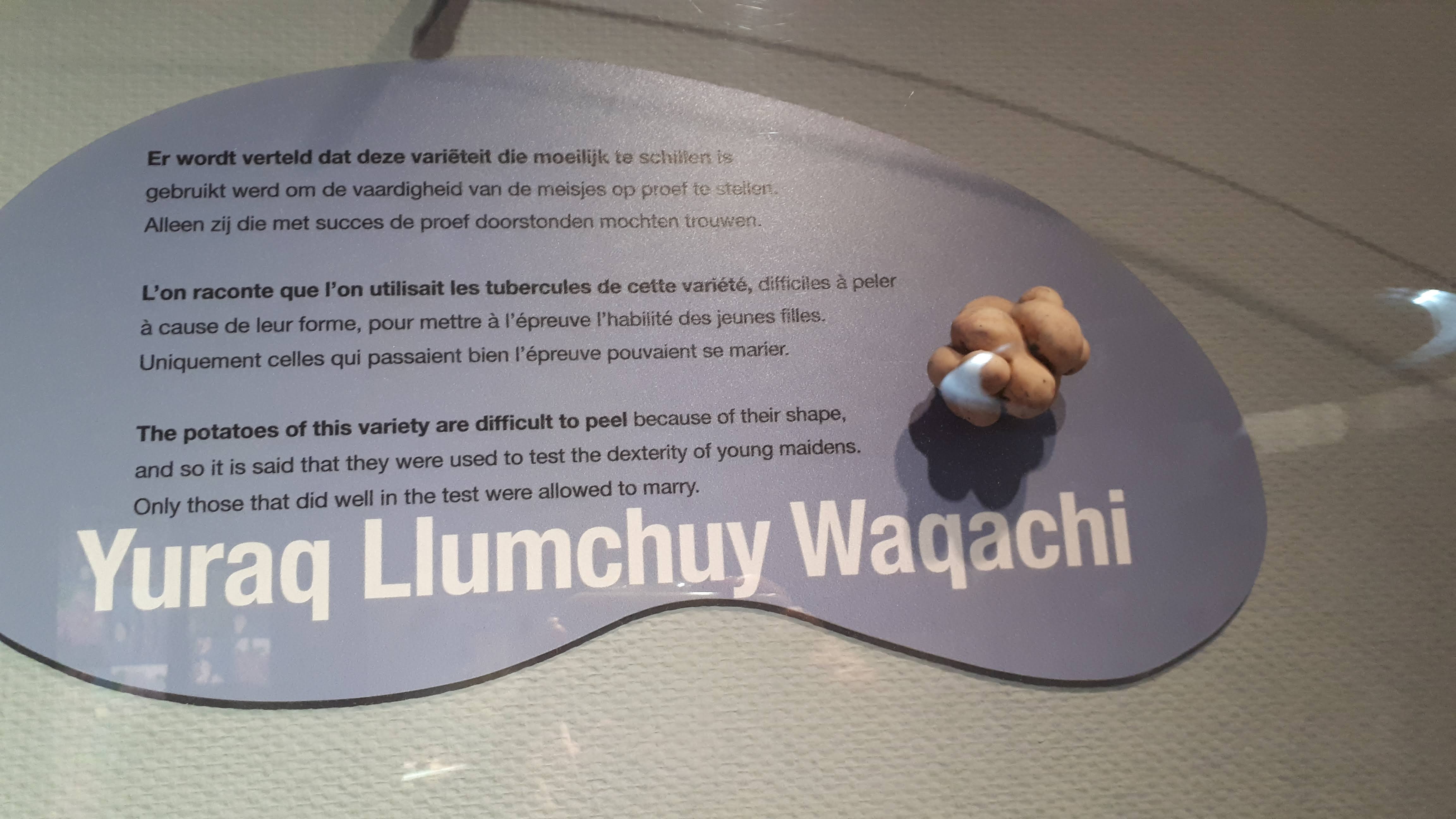 2. A very brief history of the potato

Introduced to Europe by the Spanish in 16th century.

Sir Walter Raleigh owned vast tracts of land in Ireland and that is why he is accredited with the introduction of the potato there.   Irish climate was perfect for cultivation.  Eventually Ireland was to become almost totally dependent on the potato as a primary food source.  In the 1840’s,  a catastrophic famine occurred when a fungus wiped out the crop.

Today the potato is the world’s 4th largest food crop after rice,  wheat and maize.

In 1995,  potato plants became the first food grown in space.

3. So did fries originate in Belgium?

There’s no historical evidence alas that this is where they originated.   The most popular story is that residents along the River Meuse used to catch small fish and fry them before eating.  In the 1750’s a series of harsh winters meant there was no fishing on the frozen river.  So the residents cut potatoes into small slices resembling the fish and fried them …. and the rest is history!!! 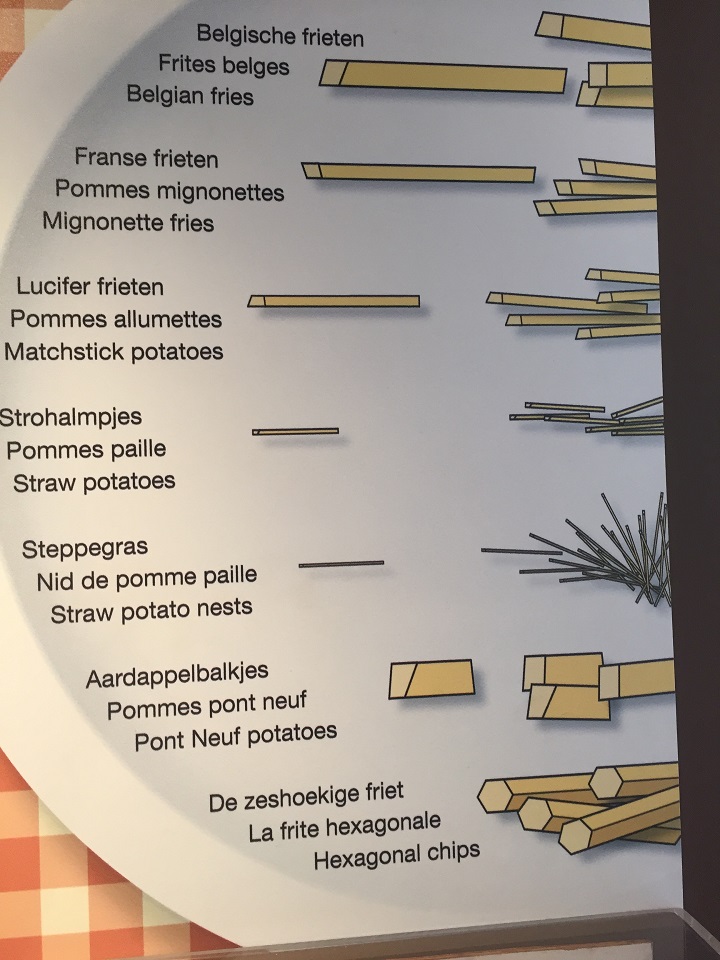 5. But why do we say French Fries?

The story goes that during the First World War,  Belgian Soldiers shared their frites with US troops.  The US soldiers thought the others were French and so called the frites ‘French Fries’.

6. There’s more than one way to chip a chip! 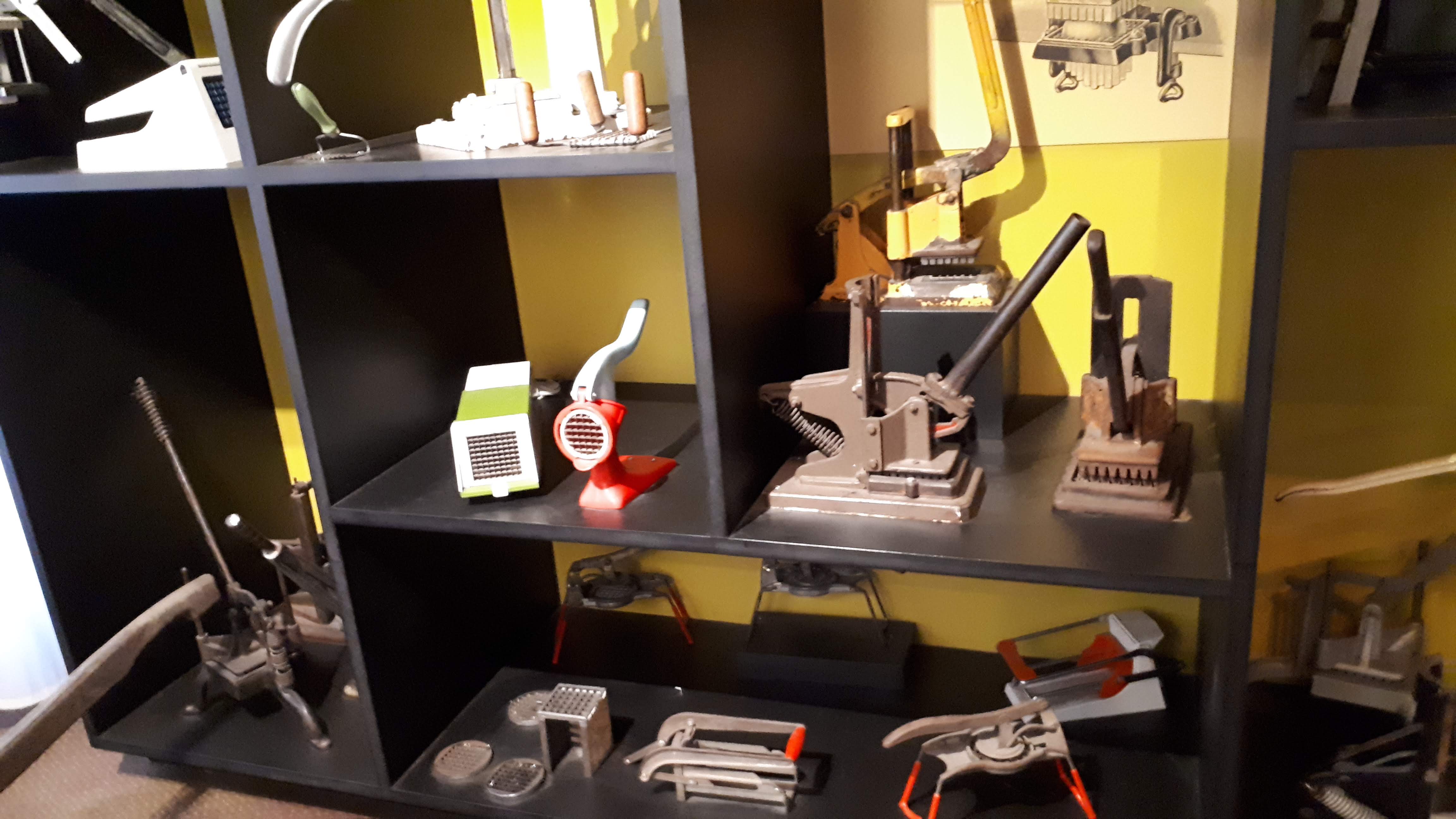 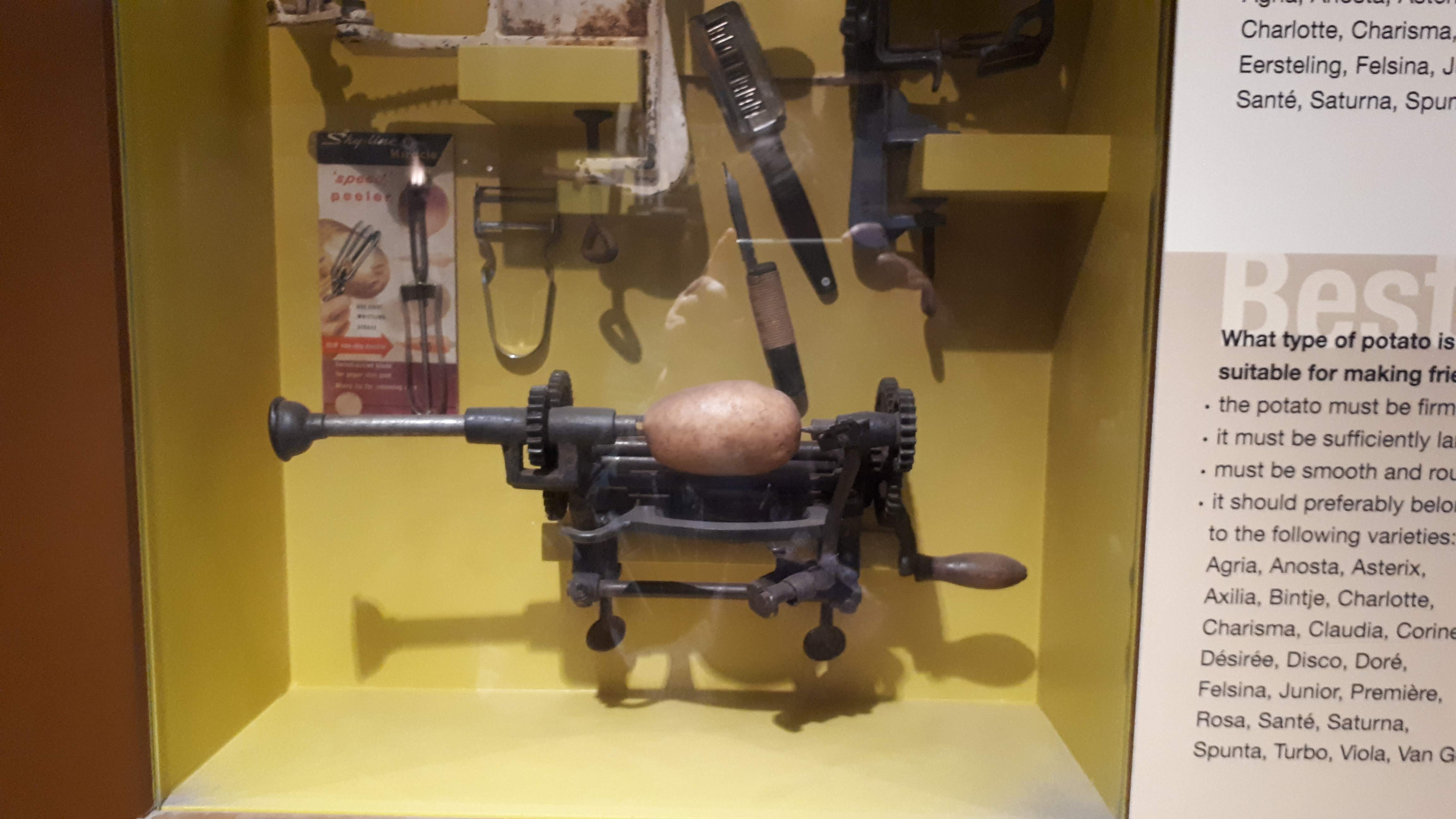 7. What makes the Belgian frite so special?

Belgian fries are unique in that they are cooked in two separate phases and served in a paper cone with sauce – usually mayonnaise – on top and eaten with a small wooden fork. 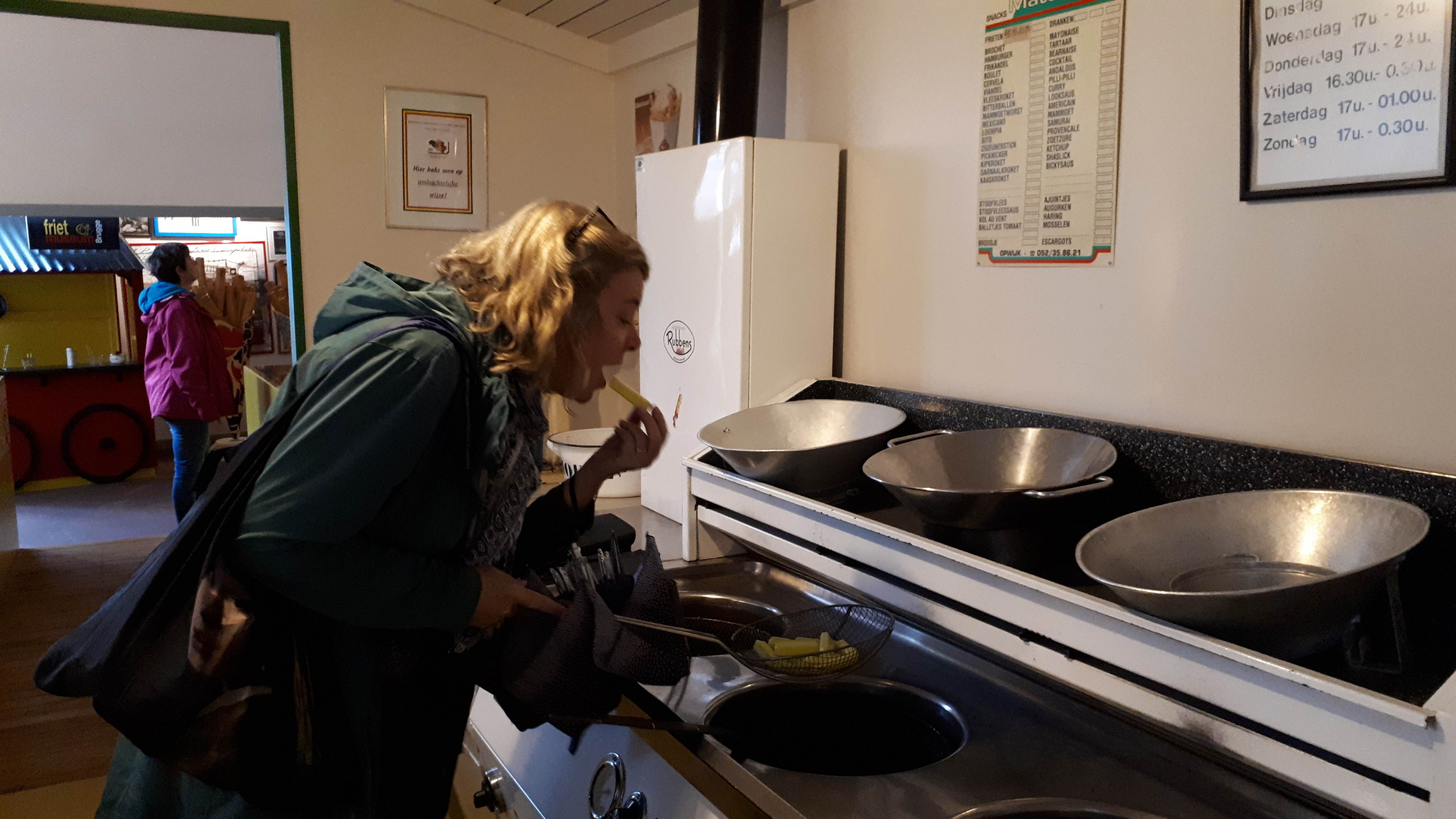 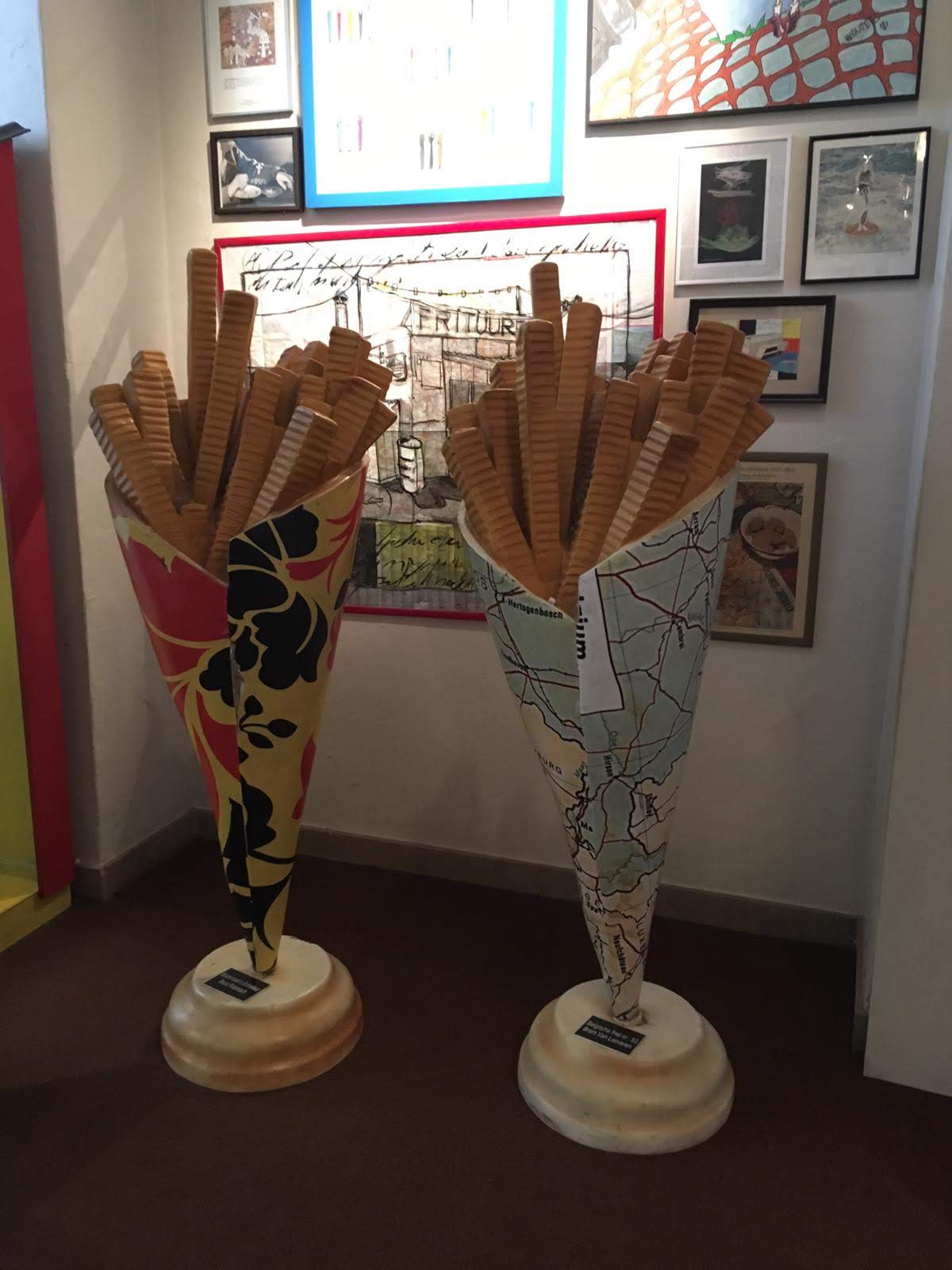 8. Ideally they should be eaten on the go rather than sitting down… 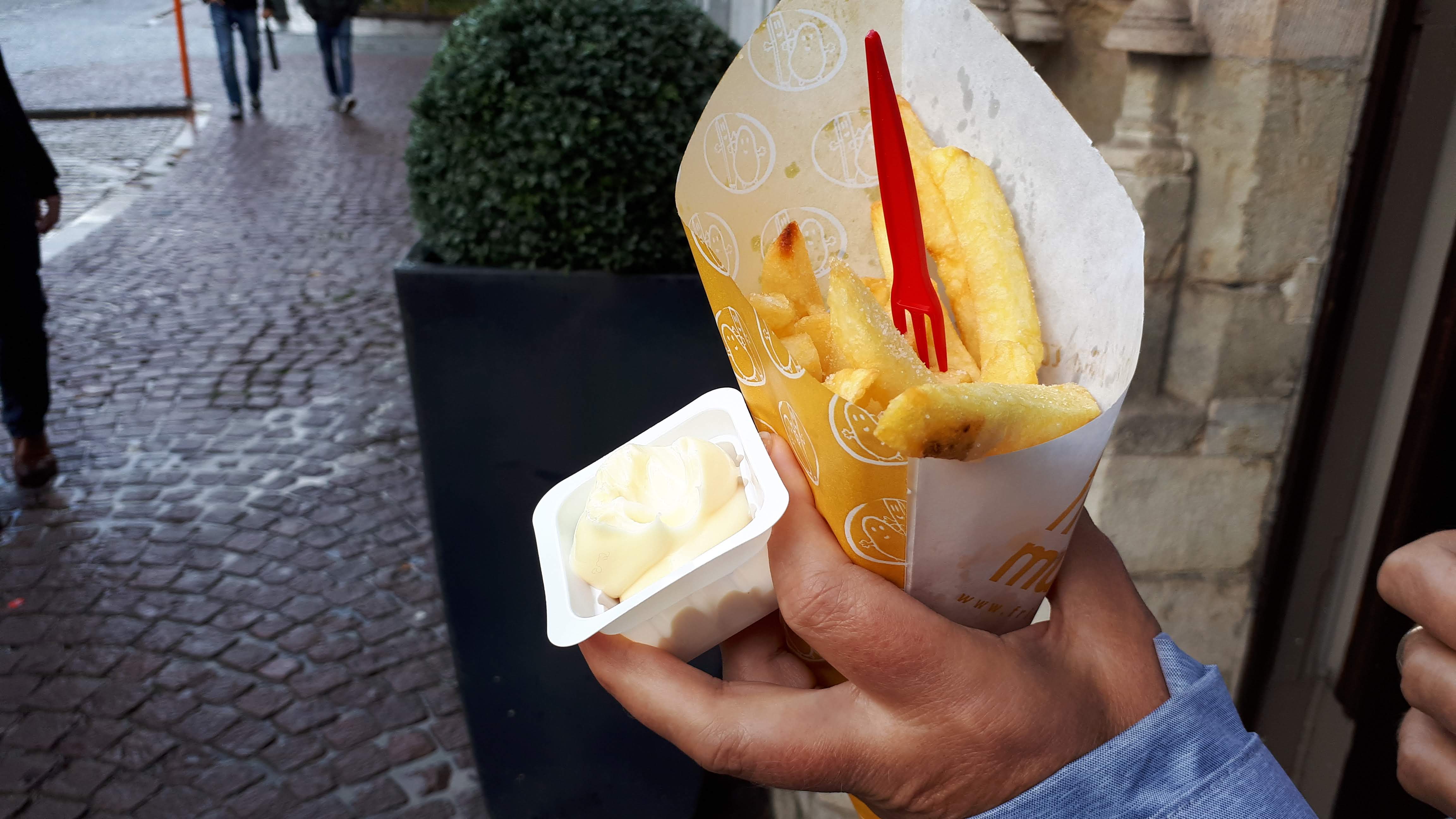 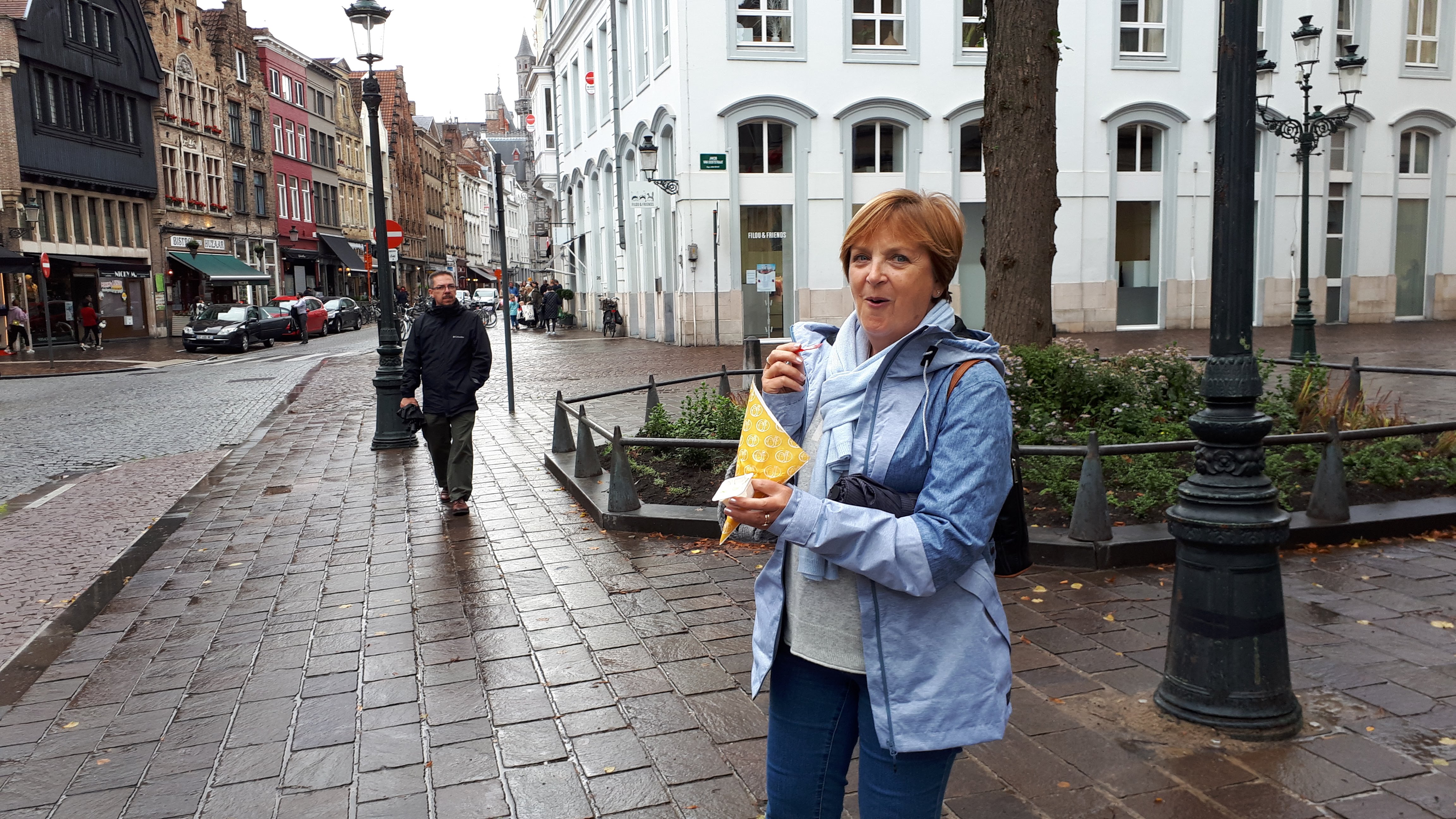 The first frite stand can be traced to Liege in 1838

Today there are over 5000 stands in the country!

In Leuven – about 30km from Brussels –  you can enrol in an academy and spend a year  devoted to all the tricks of the frite vending trade.   You even have to write a thesis to graduate!

10 thoughts on “Delving into Bruges – All about Frites!!!”