S is for Standing on THAT Corner!

Parents are an embarrassment to their kids – that’s just a fact of life.   But there’s no rule stating that we can’t take malicious pleasure in it on occasion!

In 2007 we drove Route 66 from Chicago to Los Angeles.  One early morning,  the road brought us through Winslow,  Arizona.   Long past its hay day,  the town achieved fame in 1972 with the Eagle’s hit single ‘Take it Easy’.   And there it was – THE corner!  The statue of a young guy in his jeans and boots casually standing with his guitar was not yet surrounded by the dozens of daily visitors!   There was absolutely nobody about.   As we parked and walked to the corner,  the song was being quietly piped from somewhere close by.    What could we do??!!!  We stood on that corner and sang away in our tuneless voices as our teenager squirmed in disgust and embarrassment.

We didn’t linger for long – the Mother Road was calling and we had many miles to travel.  But it was one of those feel good moments that always bring a smile – at least to two of us!

♫ Well I’m standin’ on a corner in Winslow Arizona

Such a fine sight to see

Its a girl my lord in a flatbed

Ford slowin’ down to take a look at me ♪♪ 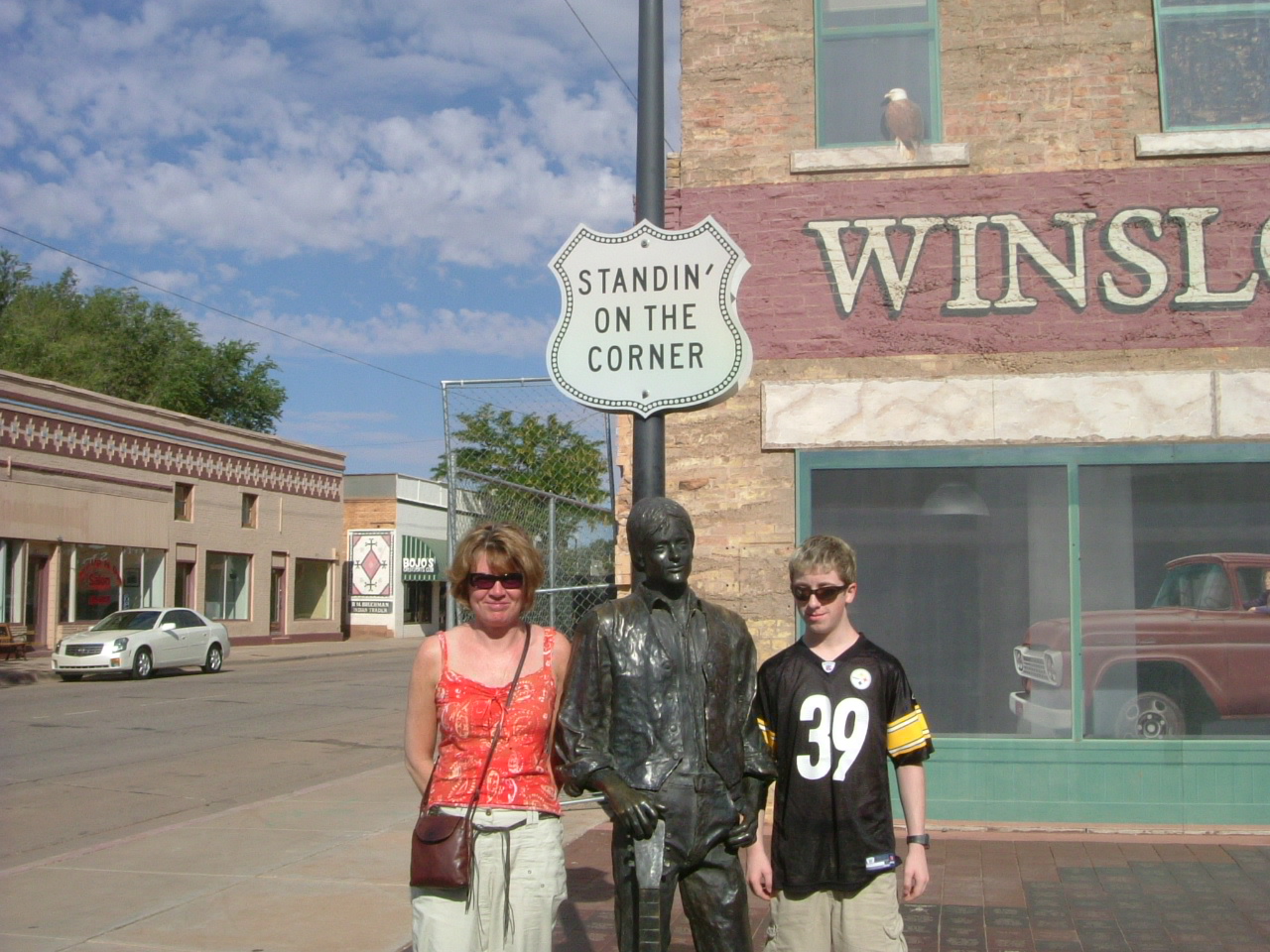 (Mother and son,  August 2007.  Notice the reflection of a flatbed ford in the window?) 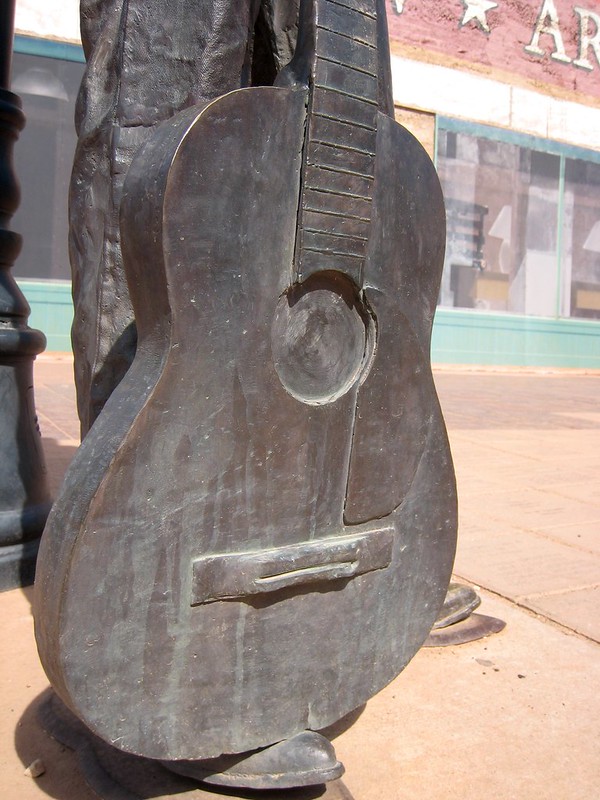 15 thoughts on “Vignettes from a lifetime of Travel”