V is for Vesuvius

In August 1986 we spent 6 weeks in Italy.  We went as far south as Sorrento which was a great base for the Amalfi Coast,  Capri,  Pompeii and Vesuvius.

We’d spent a fabulous day in Pompeii but it was hot – hot – hot!!!  We were exhausted but opted to persevere and climb Vesuvius the same evening.  We parked the car and decided to carry as little as possible.  We gave some lira to a ‘parking attendant’ who doubled as a plastic bag vendor,  selling covers to protect feet from the burning dust.   We took our small camera,  a bottle of water and the car keys.  Everything else was locked into the boot of the car.

Up we headed – it was still very warm but the rush of the day was obviously over and there weren’t many on the path.   It took about 20-25 minutes if I remember correctly.

At the top of the path we were met by a man sitting at a makeshift kiosk.  He was selling tickets!  All our money was locked in the car!  He wouldn’t let us walk around the rim without said ticket!!  So that was that… back down we went!

We scoured the car park for a sign but there was absolutely no indication that we needed money at the top!   We returned to the area some years later.  We made it to Herculaneum that time but gave Vesuvius a skip…. Some day…. 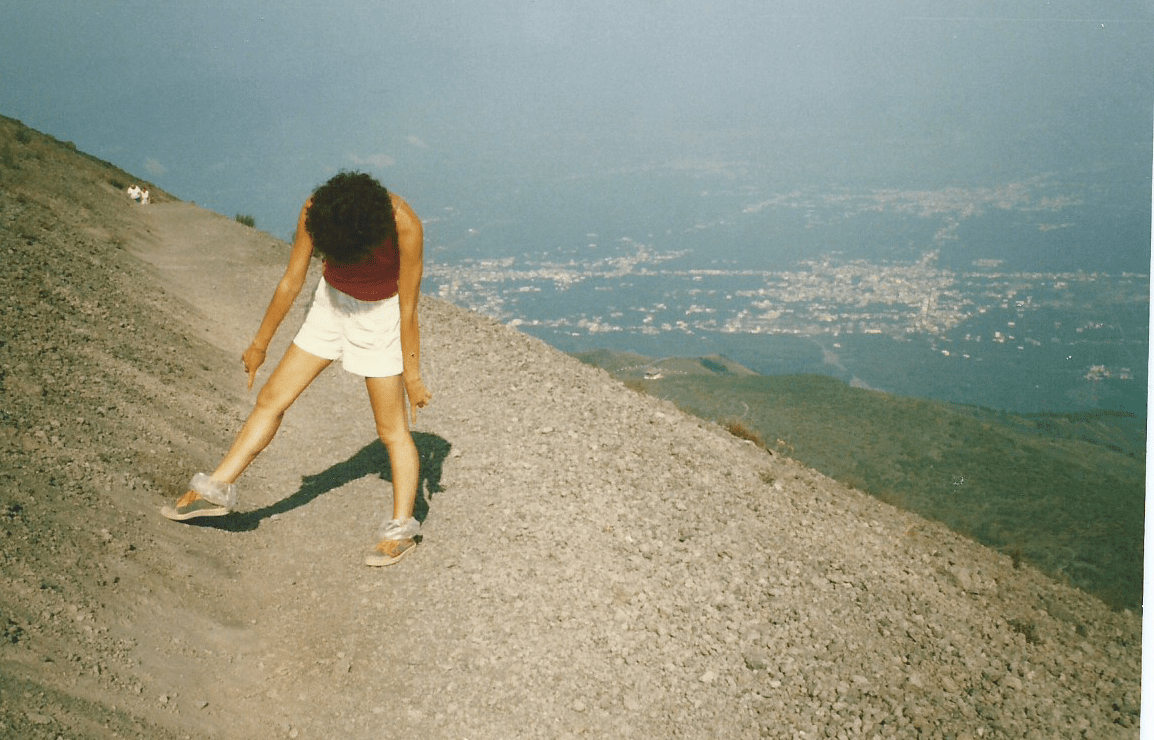 (Me posing on Vesuvius with plastic bags to protect my feet – 2 puddles of  sweat as I recall!! )

6 thoughts on “Vignettes from a Lifetime of Travel”