This weekly challenge is hosted by Mind over Memory

This week I’ve chosen one of the Four Horsemen of the Apocalypse by Flemish sculptor Rik Poot (1924 -2006) who’s work focused on assemblies in metal.   This is the third horseman,  riding a black horse and symbolizing famine ( the others being conquest,  war and plague).  He is holding a scales,  indicating the way bread would have been weighed during famine  (its sometimes interpreted as holding the ‘Scales of Justice’, indicating the way prices for grain rose up,  with a day’s wages buying just enough wheat for one person). 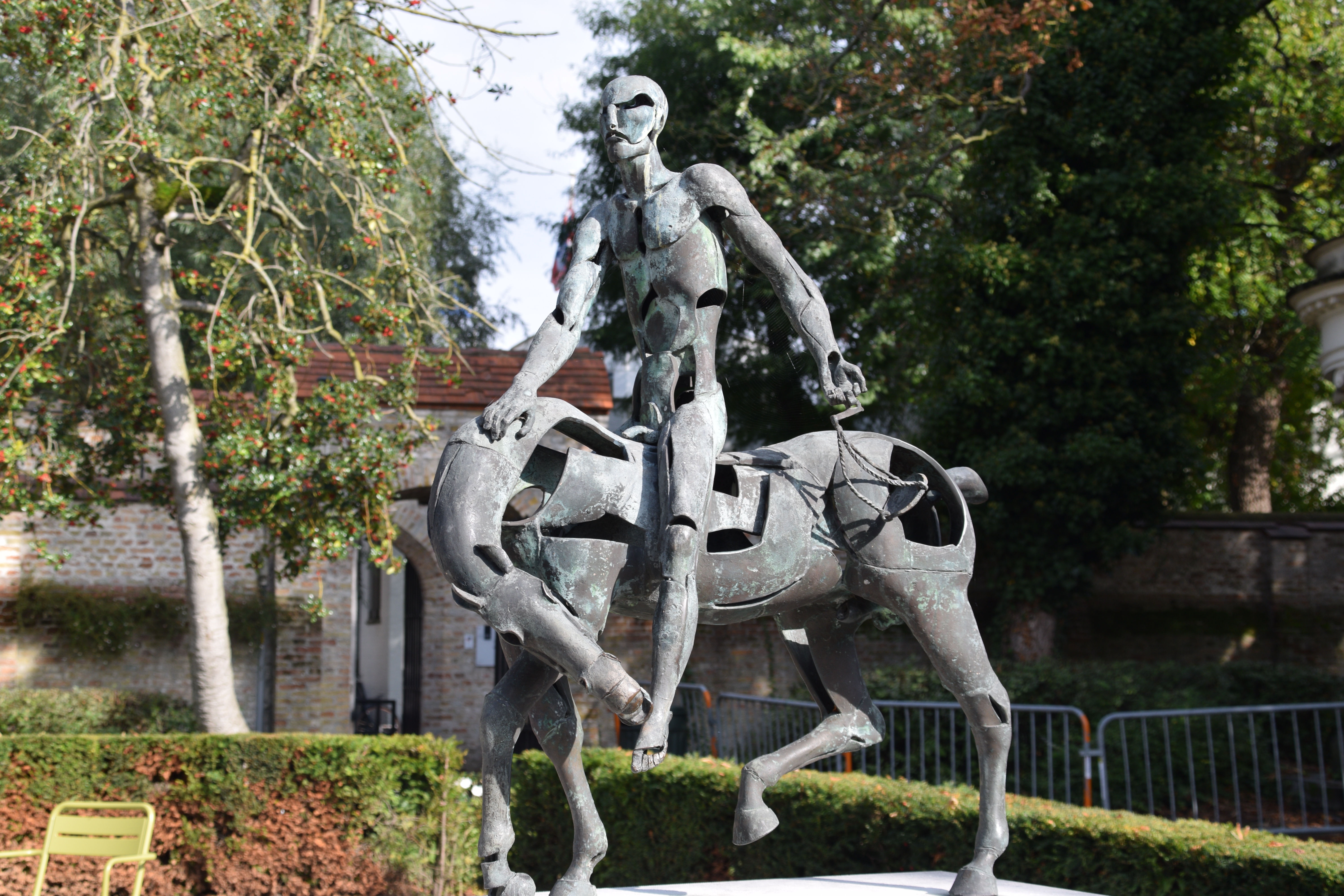 (Garden of the Arentshuis,  Bruges,  Belgium)