Nechtan,  the King of Leinster,  ruled over vast tracts of land.   On this land was the ancient Well of Segais which was surrounded by nine sacred hazel trees of wisdom.   Anyone who ate the hazelnuts that fell into the well,  or drank its water,  would be granted knowledge and a poetic tongue.  No one but Nechtan himself and his 3 cup bearers were allowed near the well.

One day his wife Boann approached the well and challenged its power by walking around it anticlockwise.   The waters surged up violently and rushed down to the sea,  thus creating the River Boann.

The Boyne Valley (anglicisation of Boann) is steeped in Irish History.   This was our ancient capital and home of our High Kings.   Neolithic tombs share the landscape with Anglo-Norman castles.   St. Patrick lit his Easter Pascal fires here in defiance of Ireland’s pagan rituals.

Into this remote mythical landscape came a group of Irish and French monks in 1142.   They were Cistercians and here they built their first,  and most important,  abbey in Ireland.   The name ‘Mellifont’ comes from Font Mellis  (Latin – Fountain of honey).  Various Celtic kings helped with its foundation –  donating land,   building materials,  cattle and gold.  With its vast holdings of fertile land,  the abbey prospered and by 1170 it housed about 100 monks and 300 lay brothers.   The Order went on to found at least 20 other houses throughout the country.

In 1539,  King Henry VIII of England suppressed all monasteries in his realm and divided their possessions among his political supporters.   The abbey became a fortified house before eventually falling into ruin.

In 1899, a group of British-Israelites were convinced the Arc of the Covenant lay buried under the Hill of Tara,  here in the Boyne Valley.  Their timing was awful to say the least.  Their quest coincided,  unfortunately for them,  with a period known as Ireland’s ‘Cultural Revival’ which instilled a huge interest in all things heritage.   No way would they be allowed to dig up sacred land.   After 3 years of constant opposition and protests,  the group gave up and departed  – minus the Ark of course.  But the question remains –  Is it still here?!

This is what’s left of the original gate house.   The road would have passed through the archway beneath the tower.   Around the tower were the abbot’s quarters,  a guesthouse and a hospice for the poor. 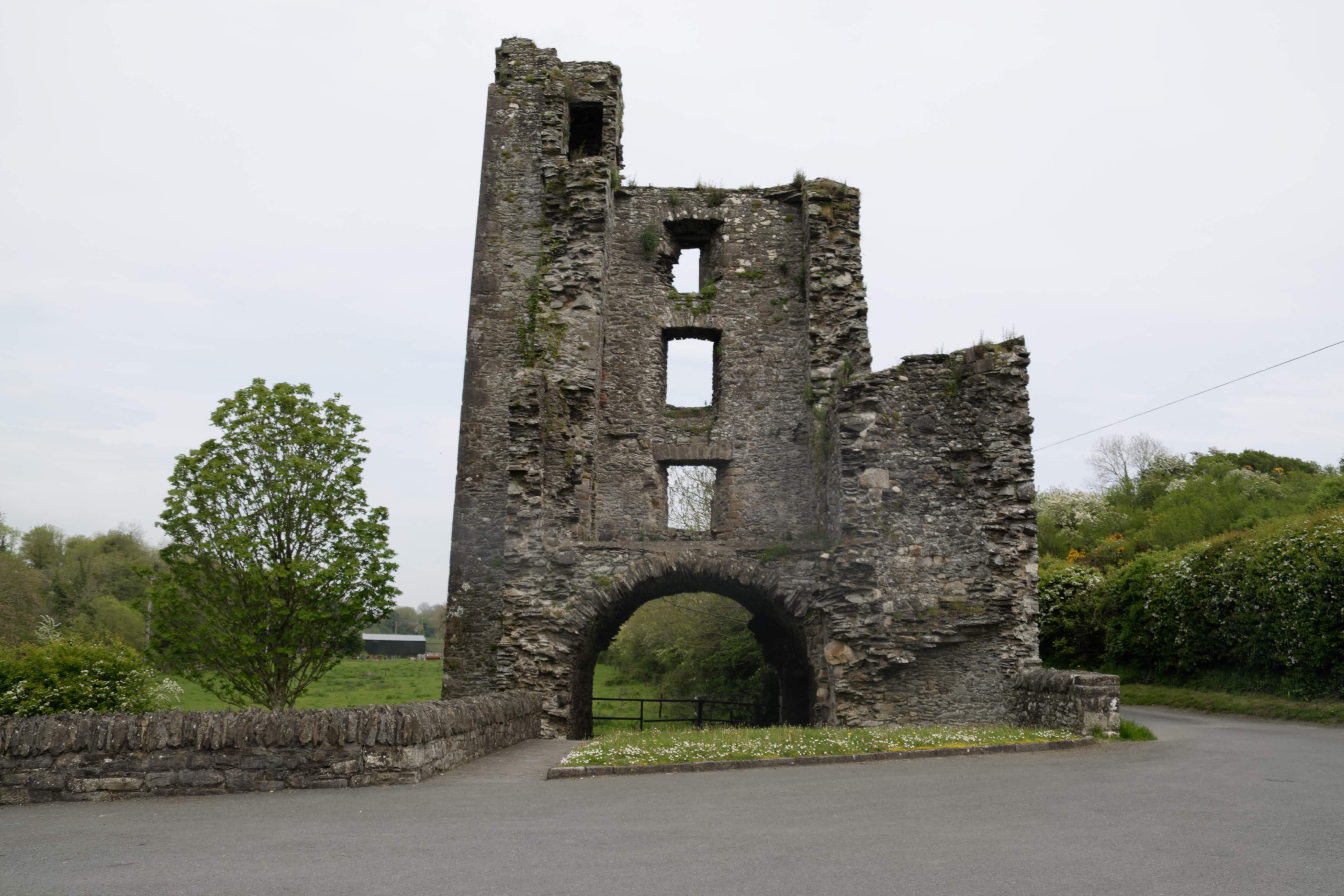 Once past the gate,  you get a good overall view of the site.   Immediately to the left there is little remaining of the abbey church.   It was in typical cruciform shape and has some gravestones on the floor. 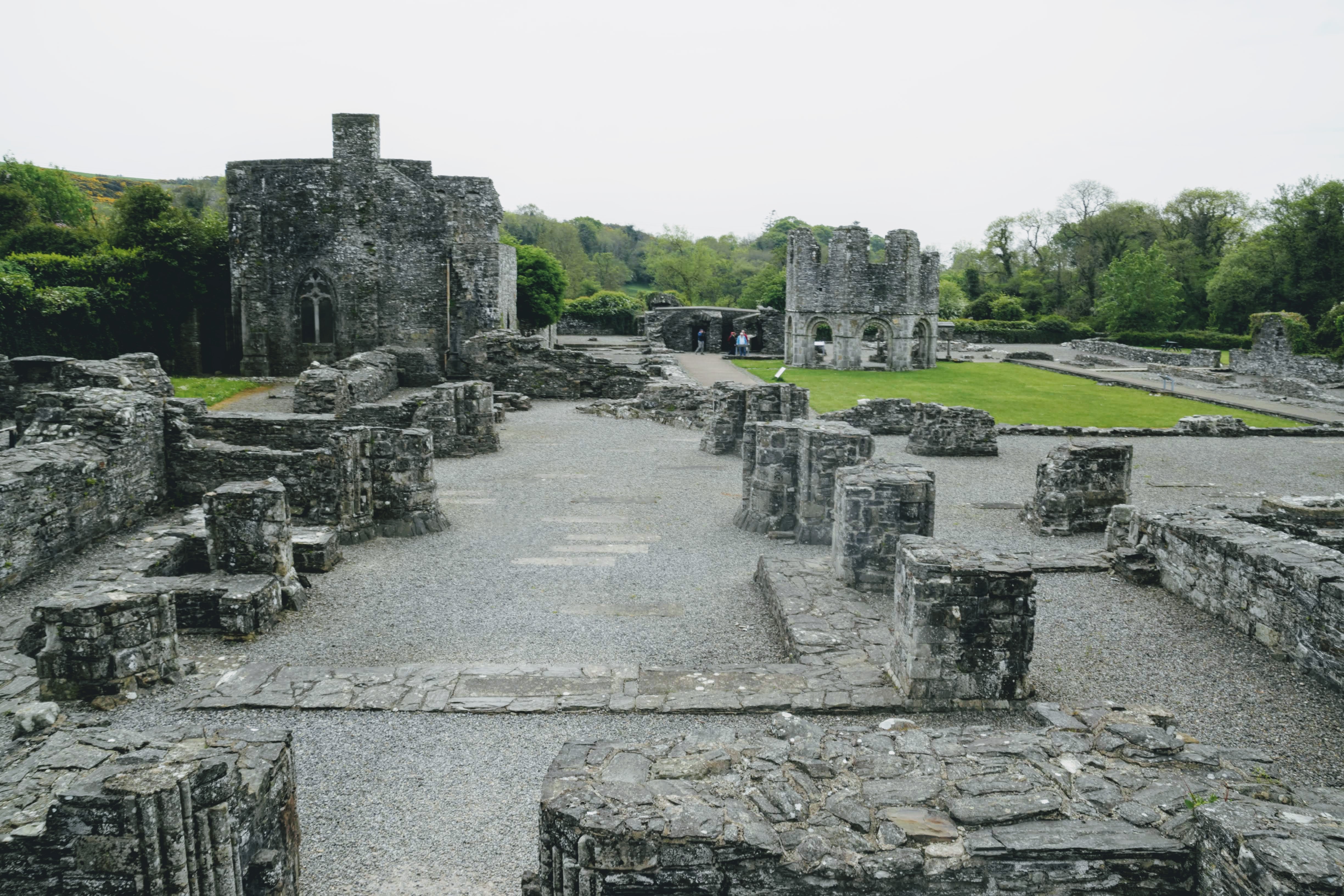 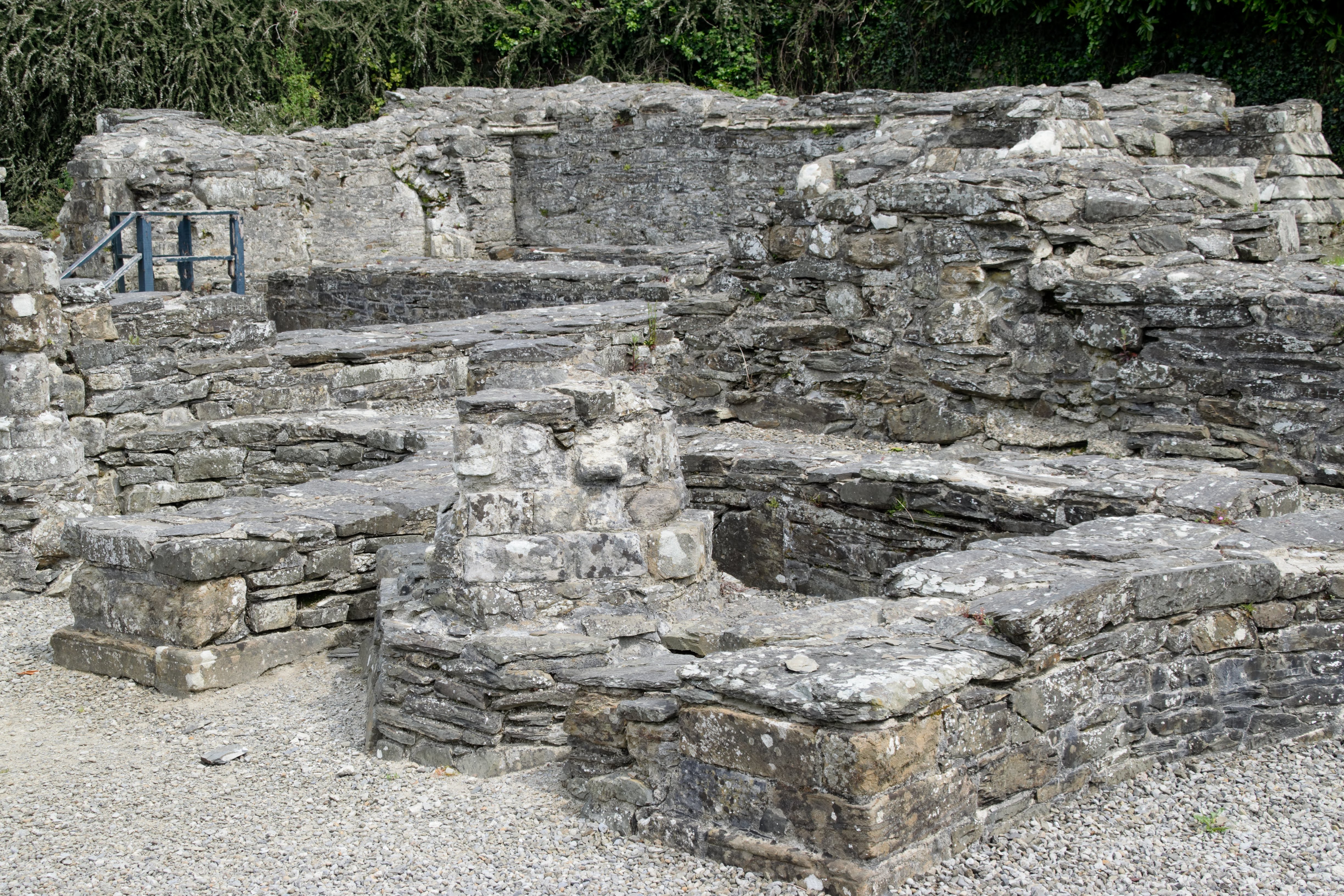 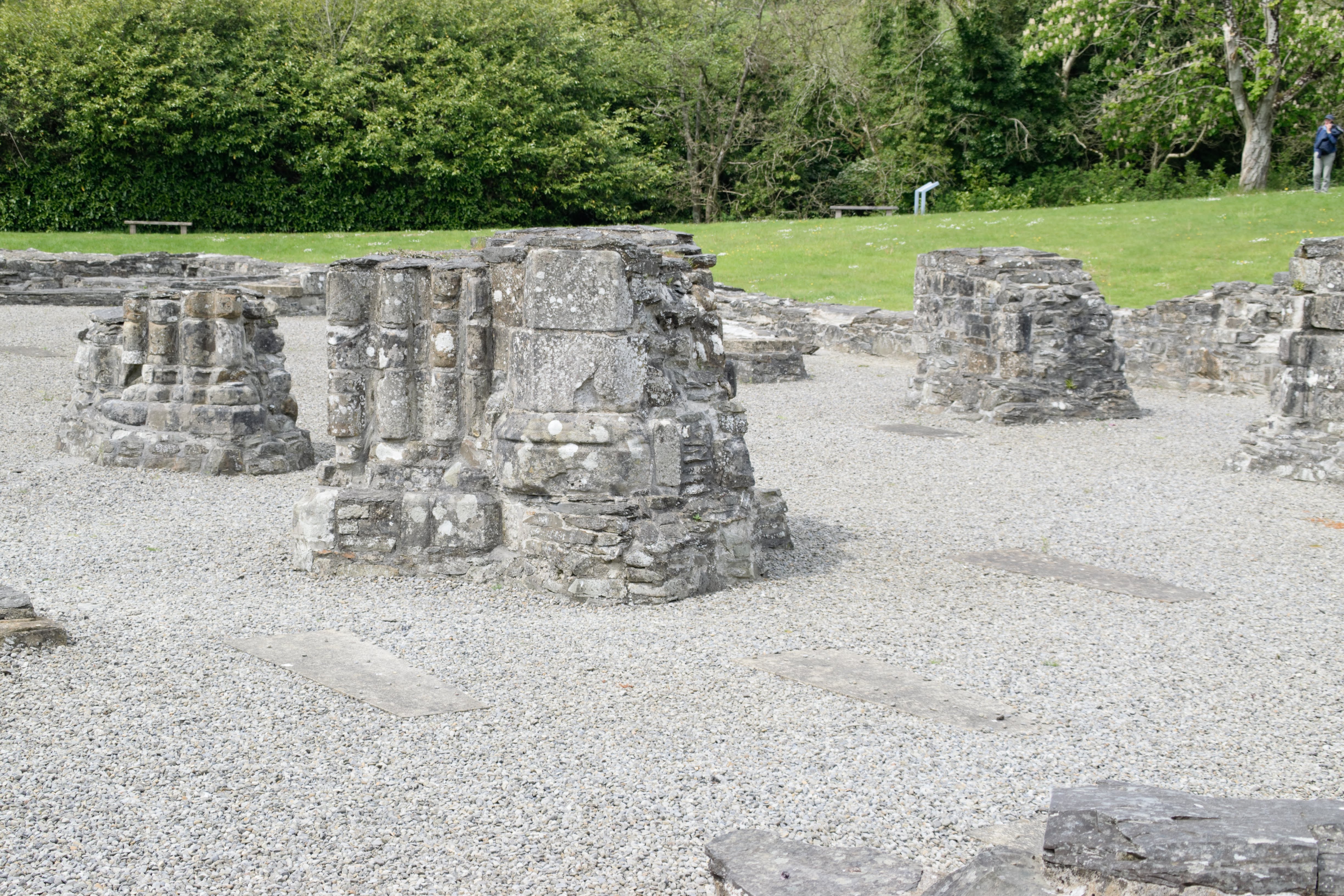 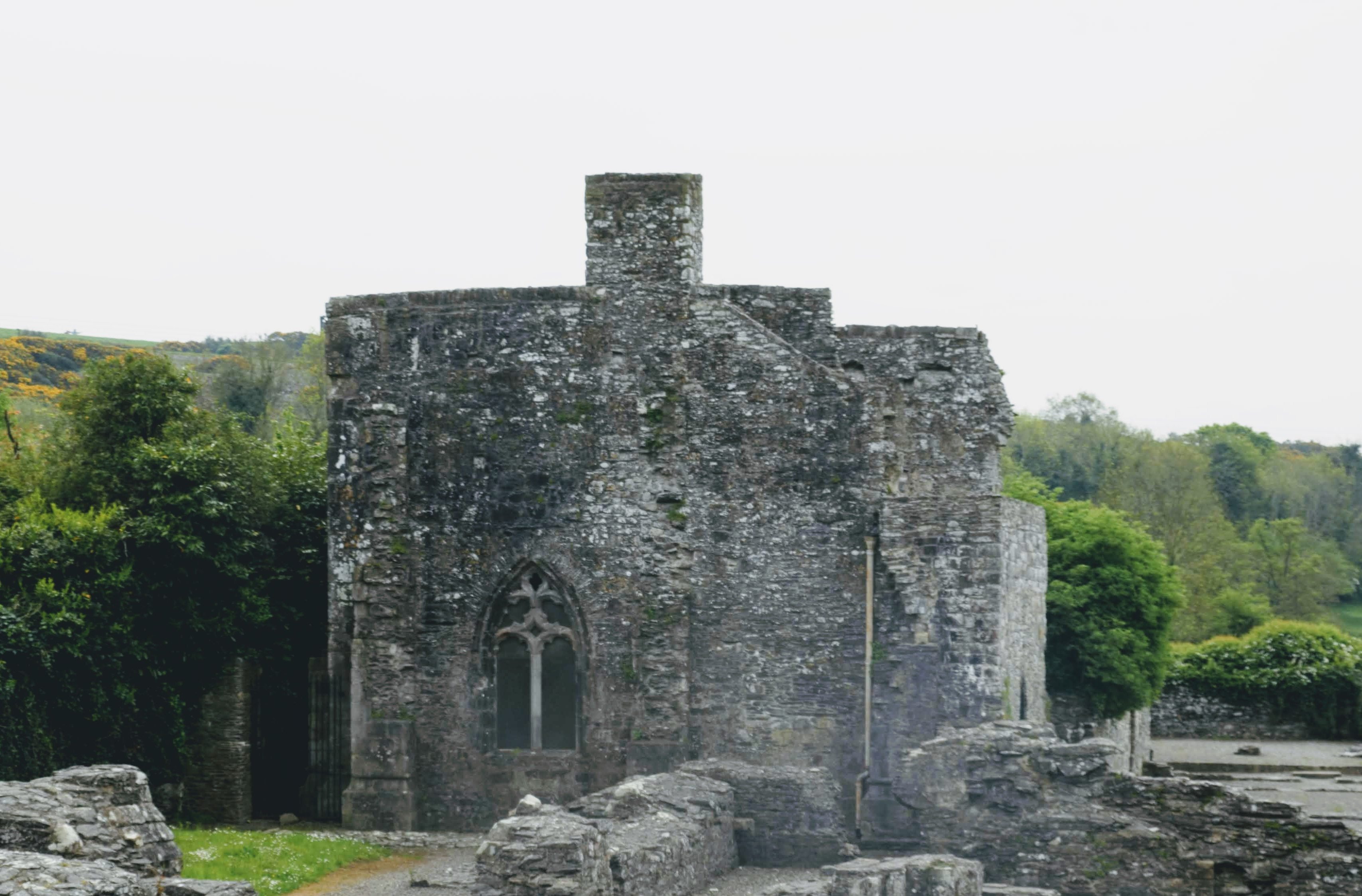 The Chapter House once had an elaborately decorated arch.  Beside it were the refectory and kitchen.   The monks would have slept on an upper floor. 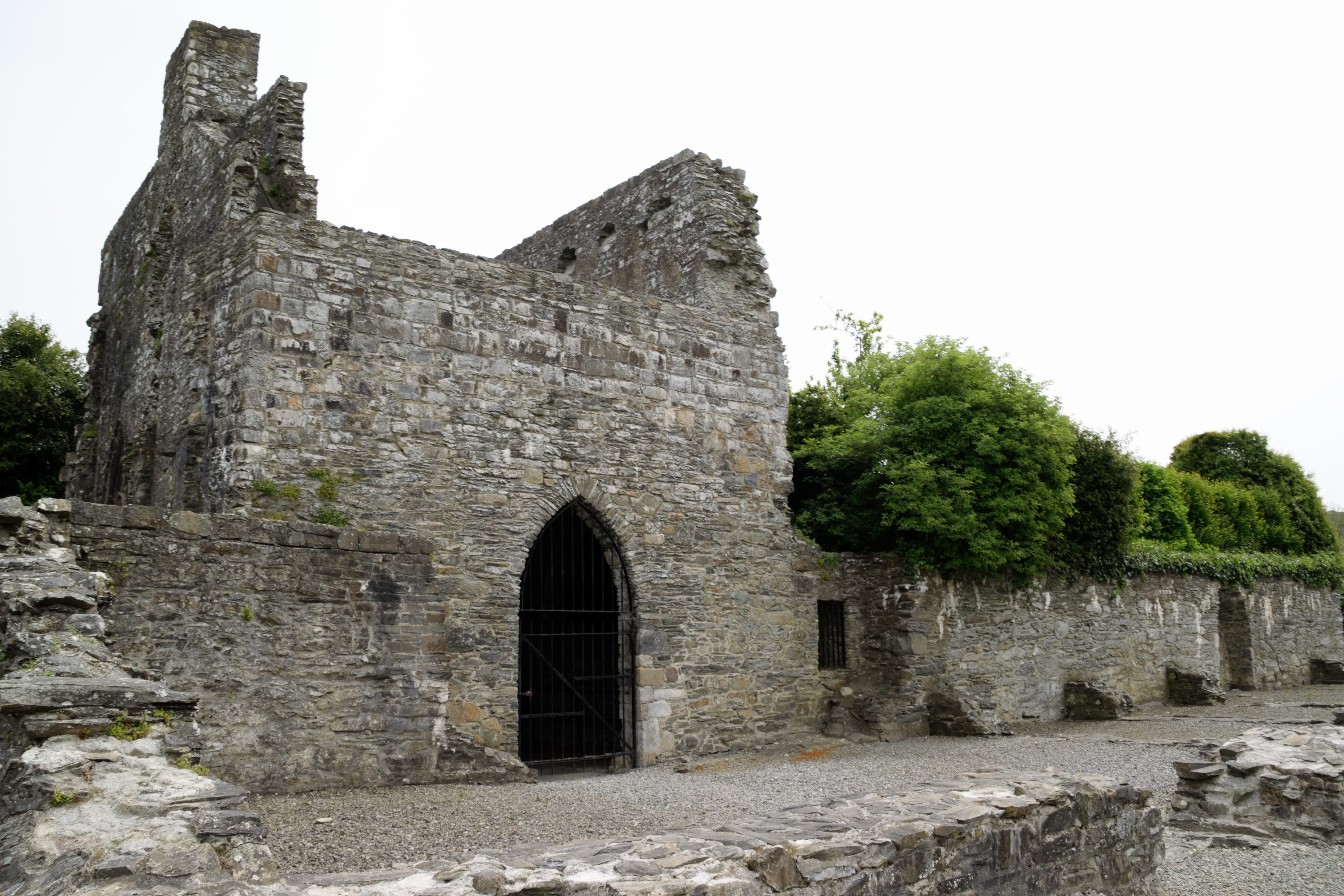 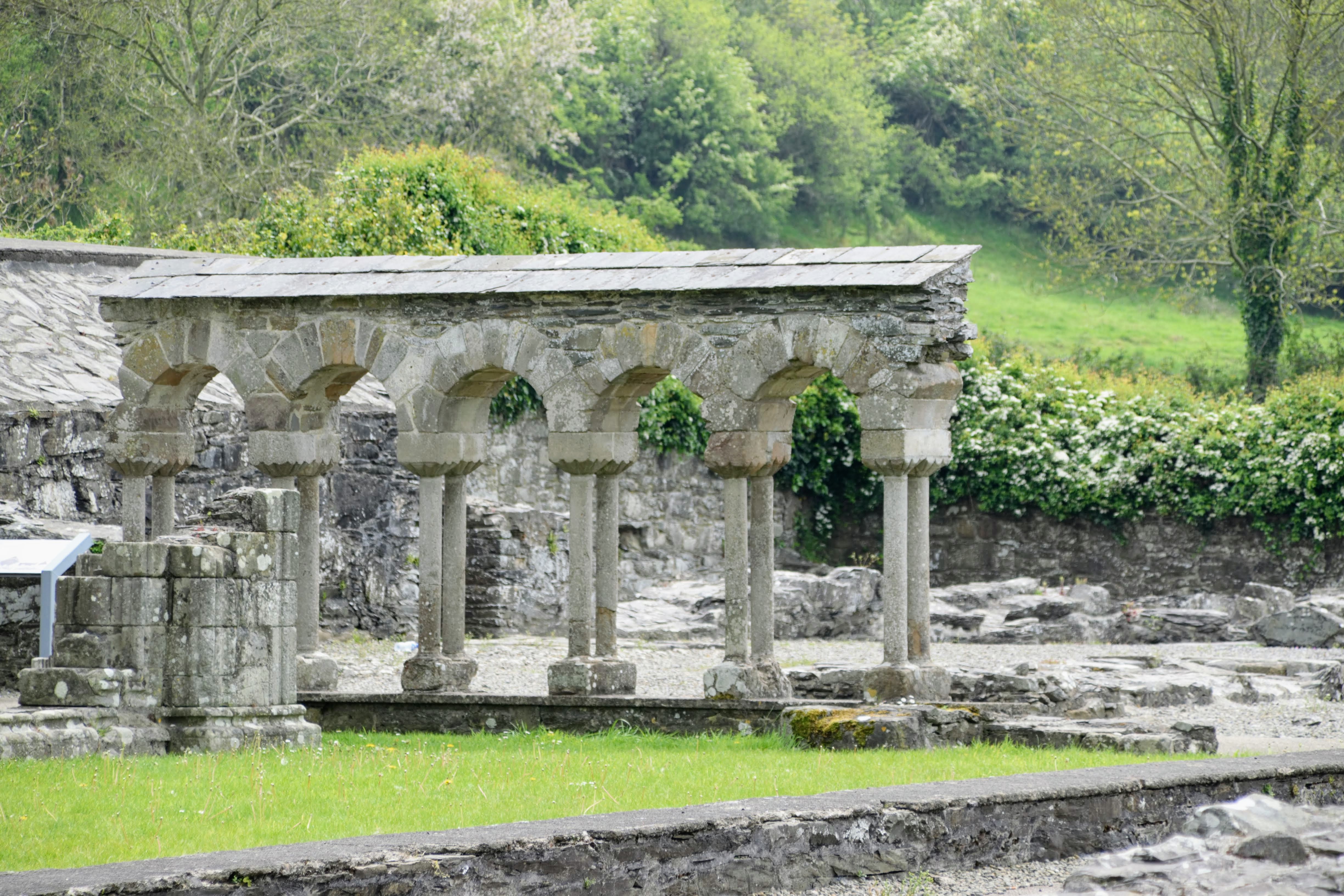 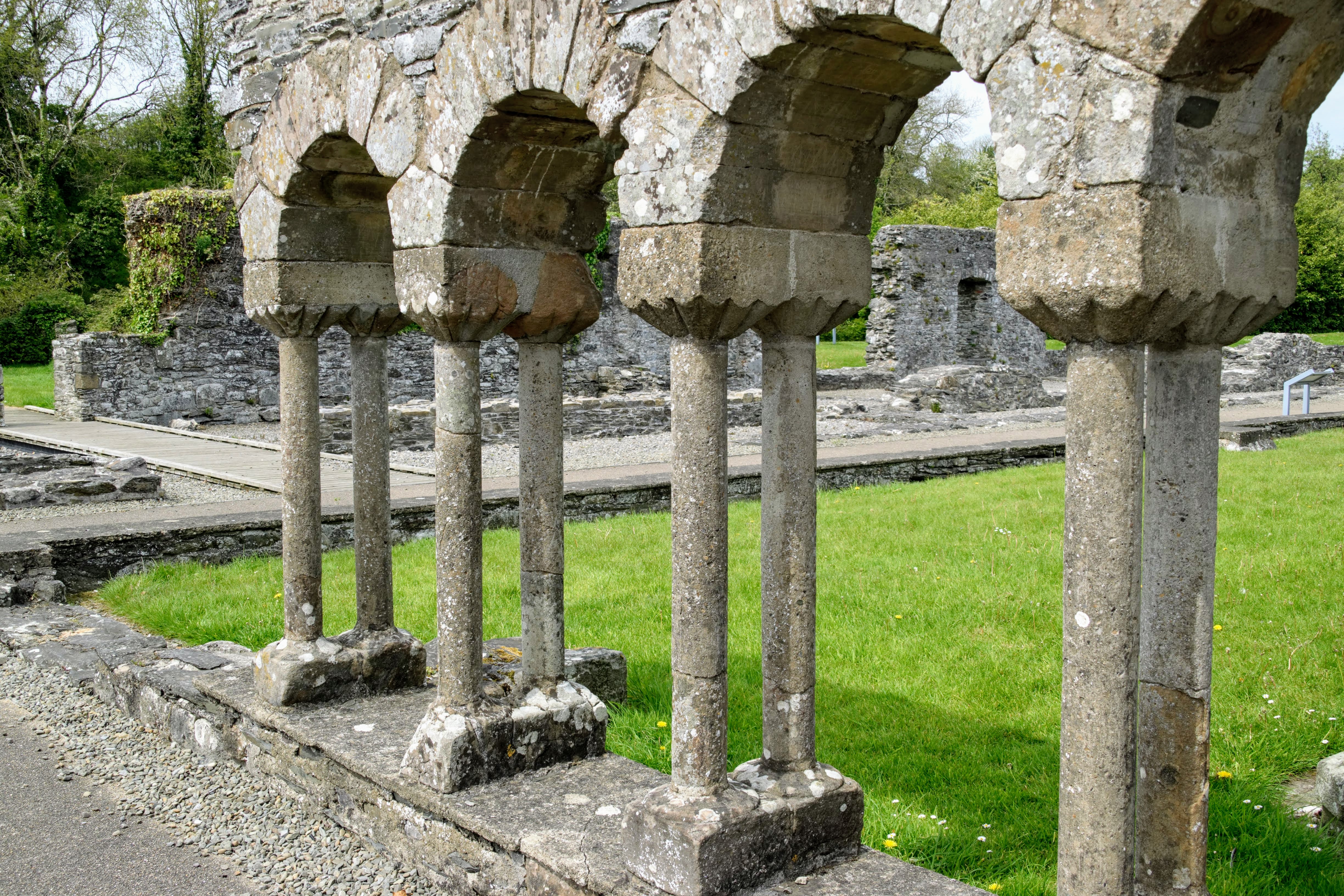 On the other side of the cloister were the lay brothers’ quarters. 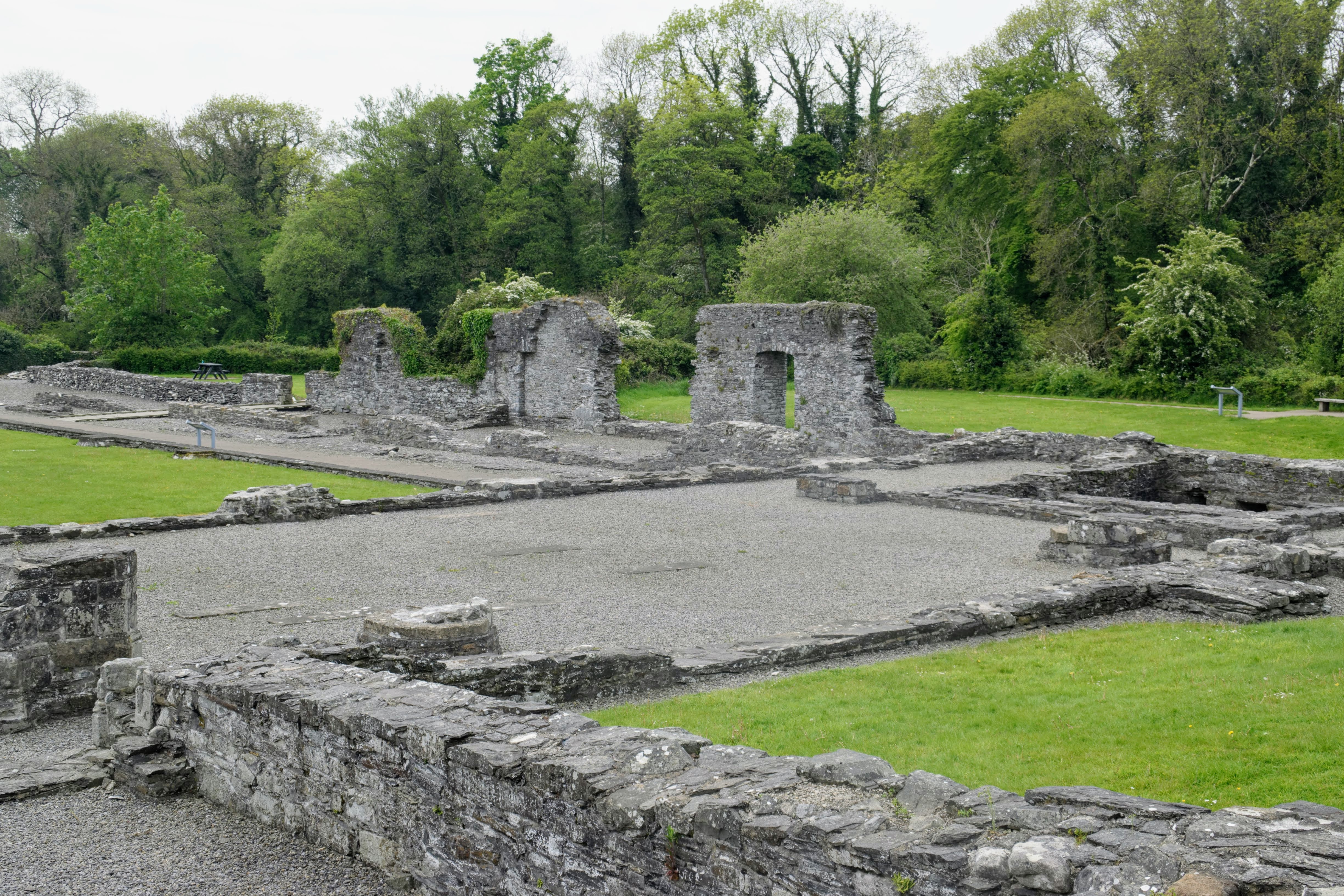 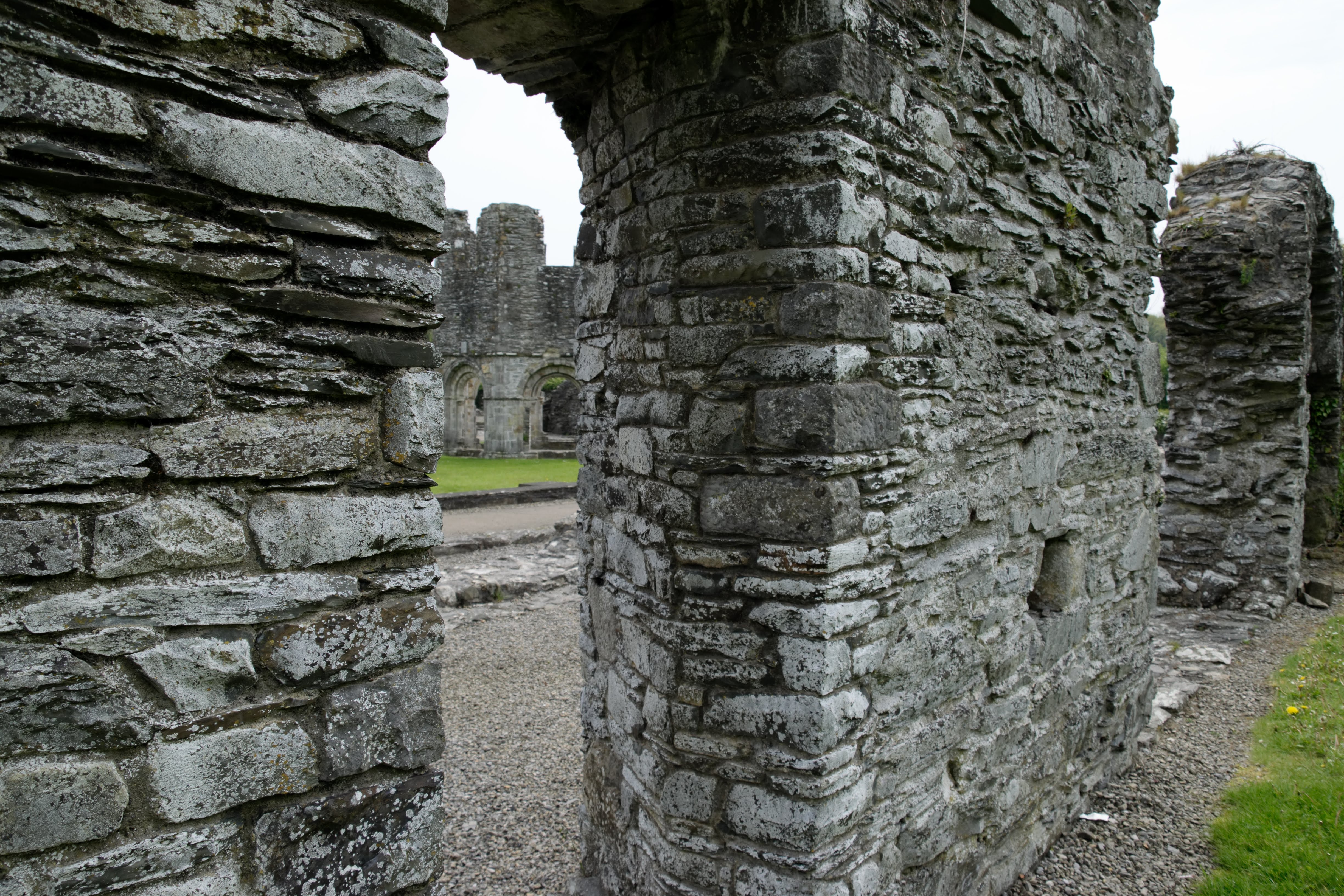 The abbey is best known for it octagonal Lavabo –  this would have housed a fountain where monks washed their hands before meals in the nearby refectory. 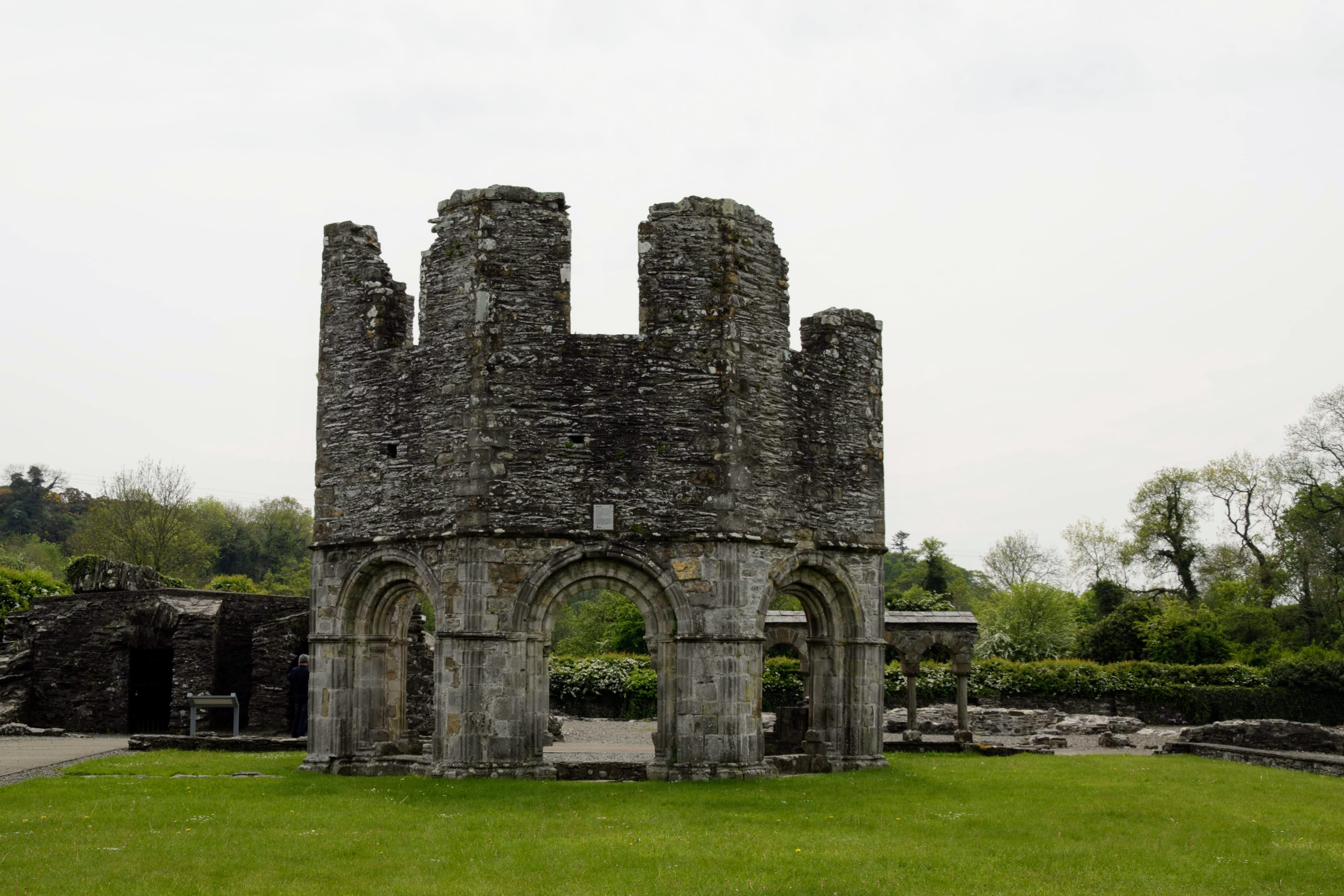 Lead pipes were used to bring water from the nearby river Mattock,  a tributary of the Boyne. 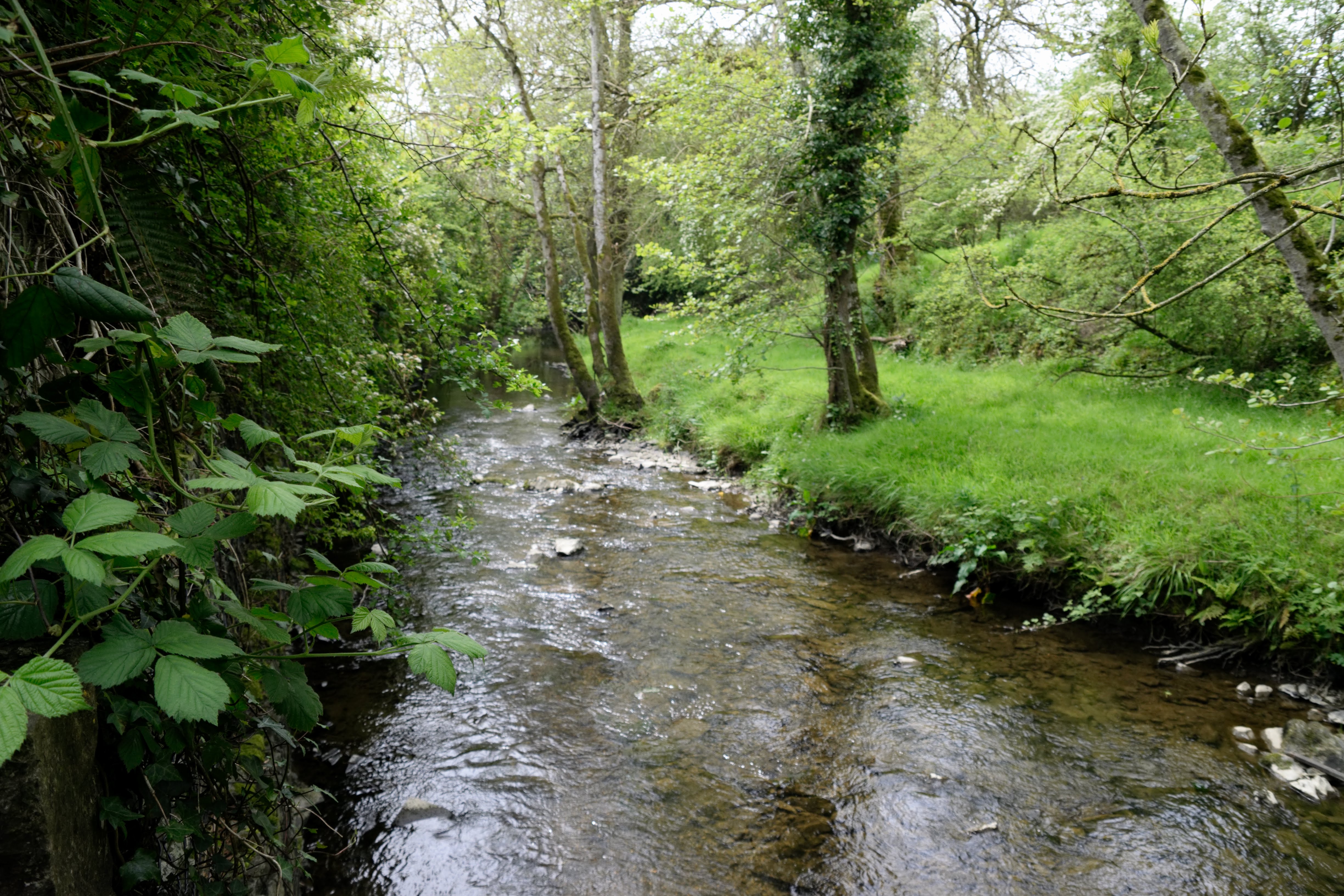 Just 4 of the 8 arches remain… 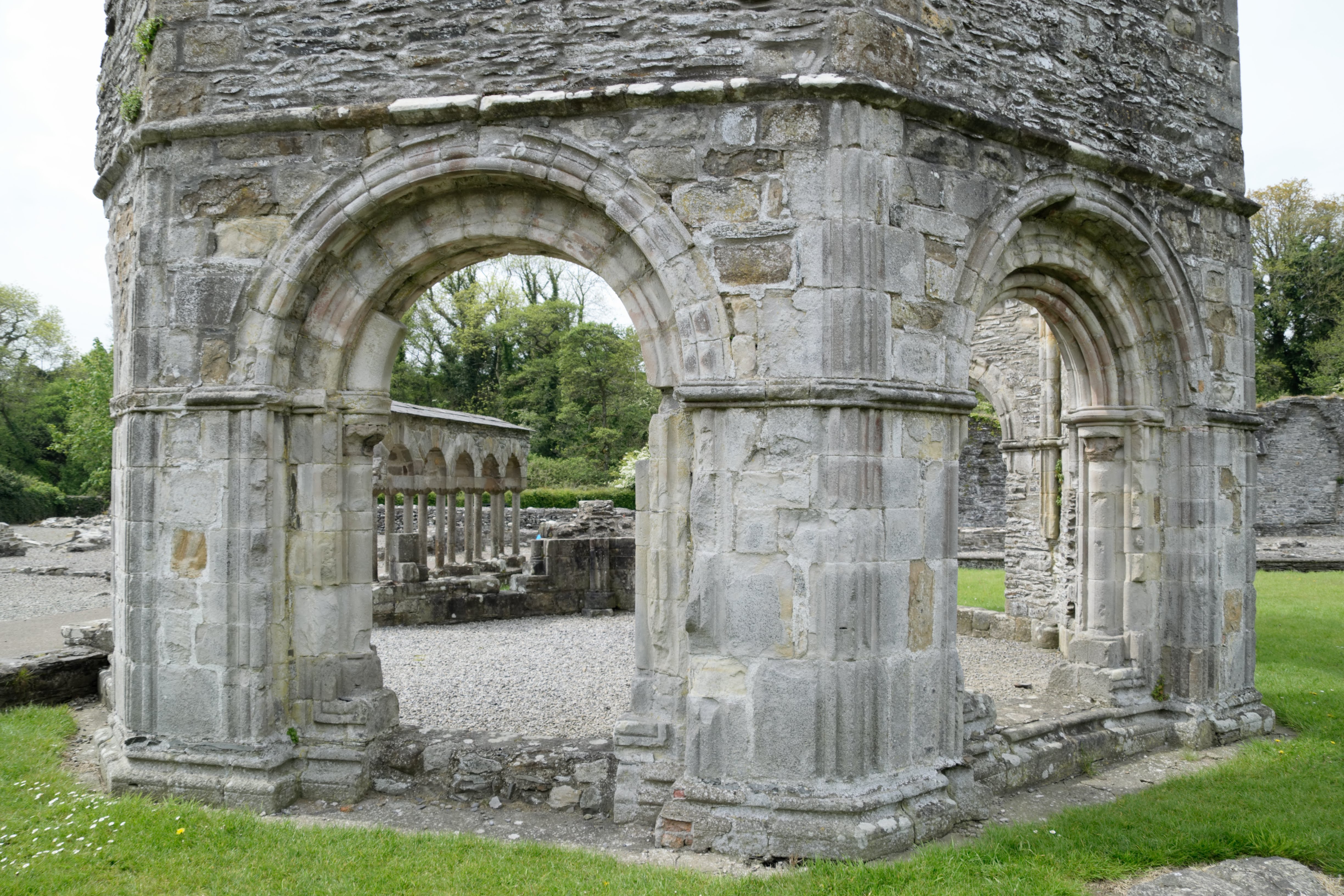 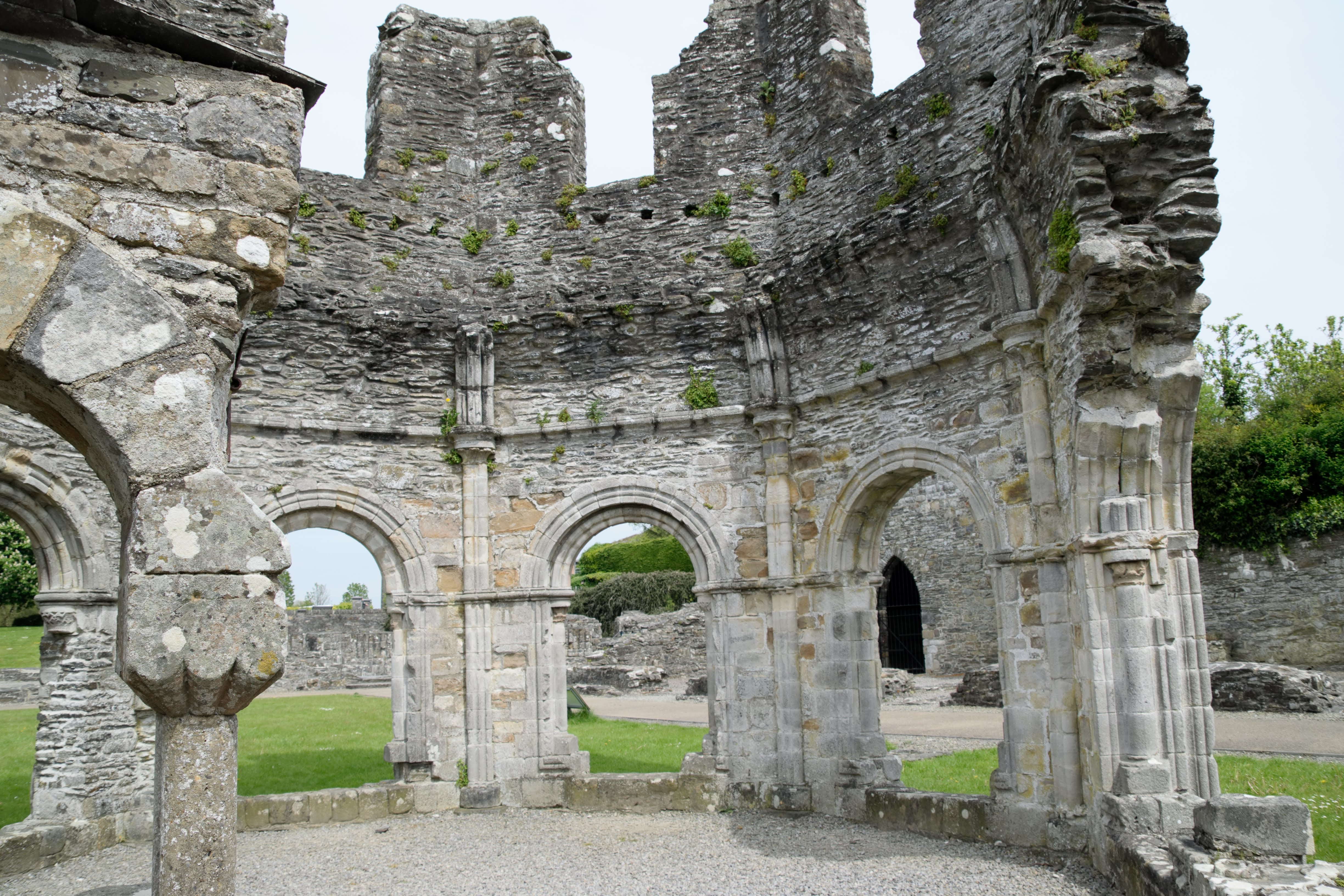 As you stroll around,  there is still evidence of former grandeur to be enjoyed…. 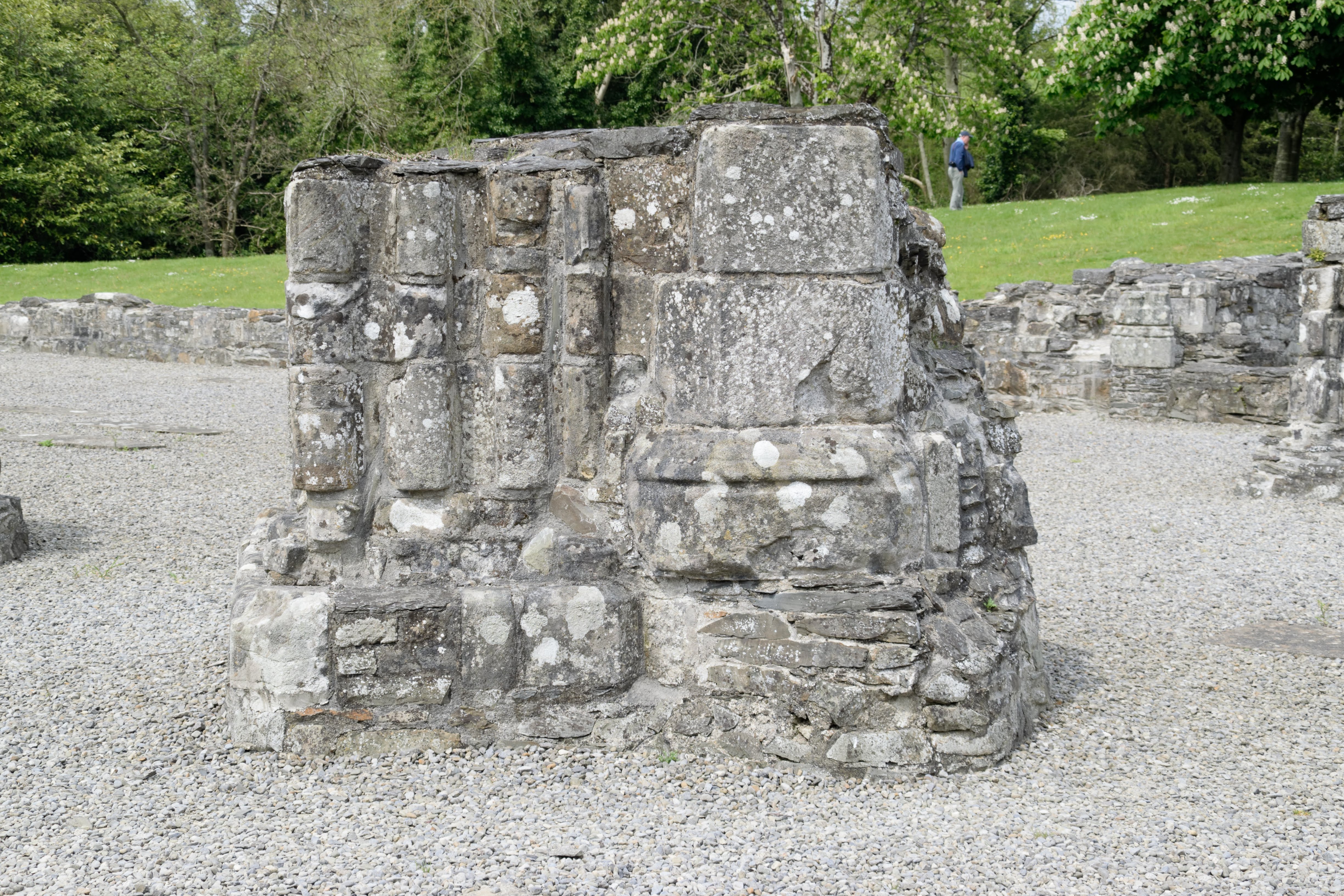 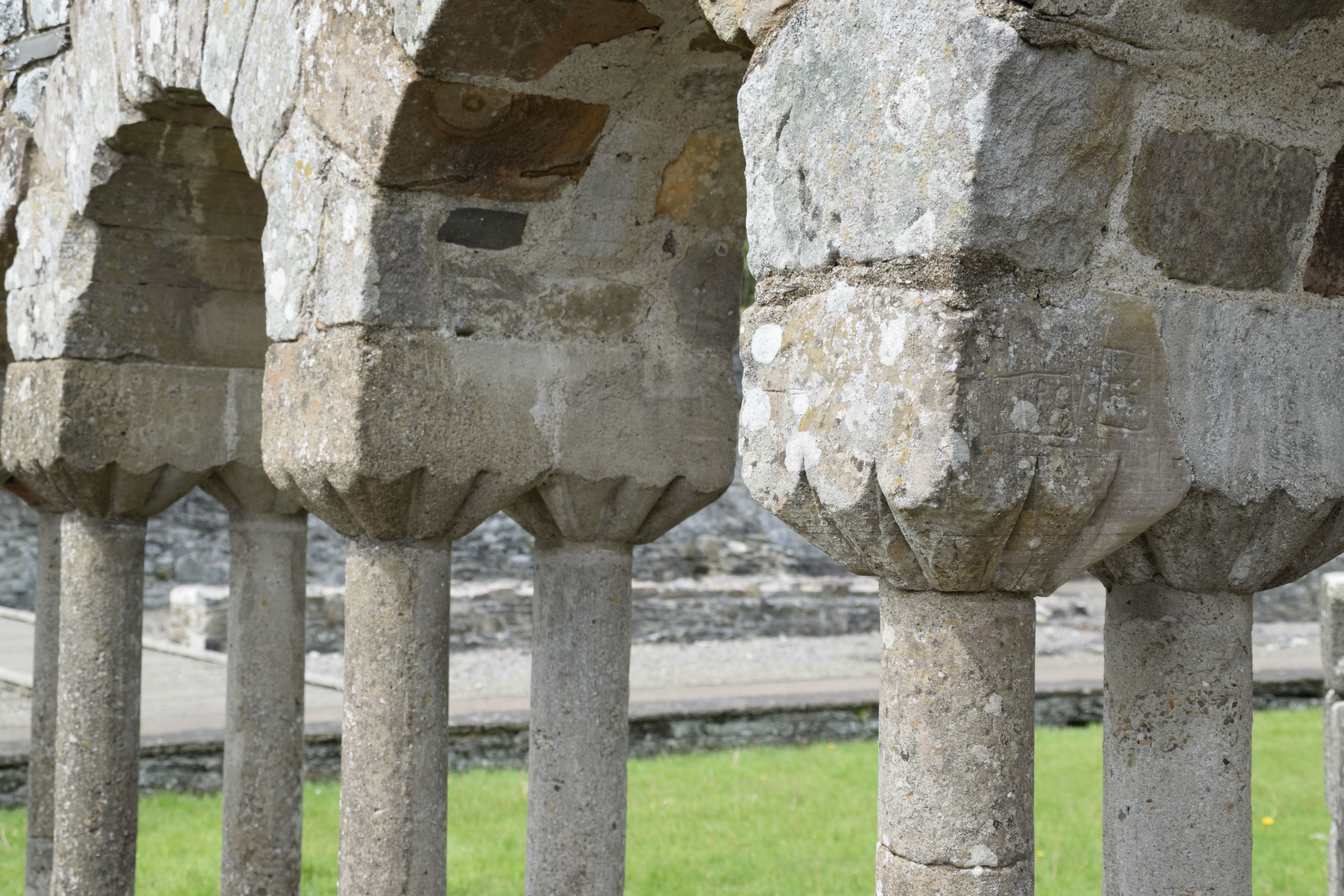 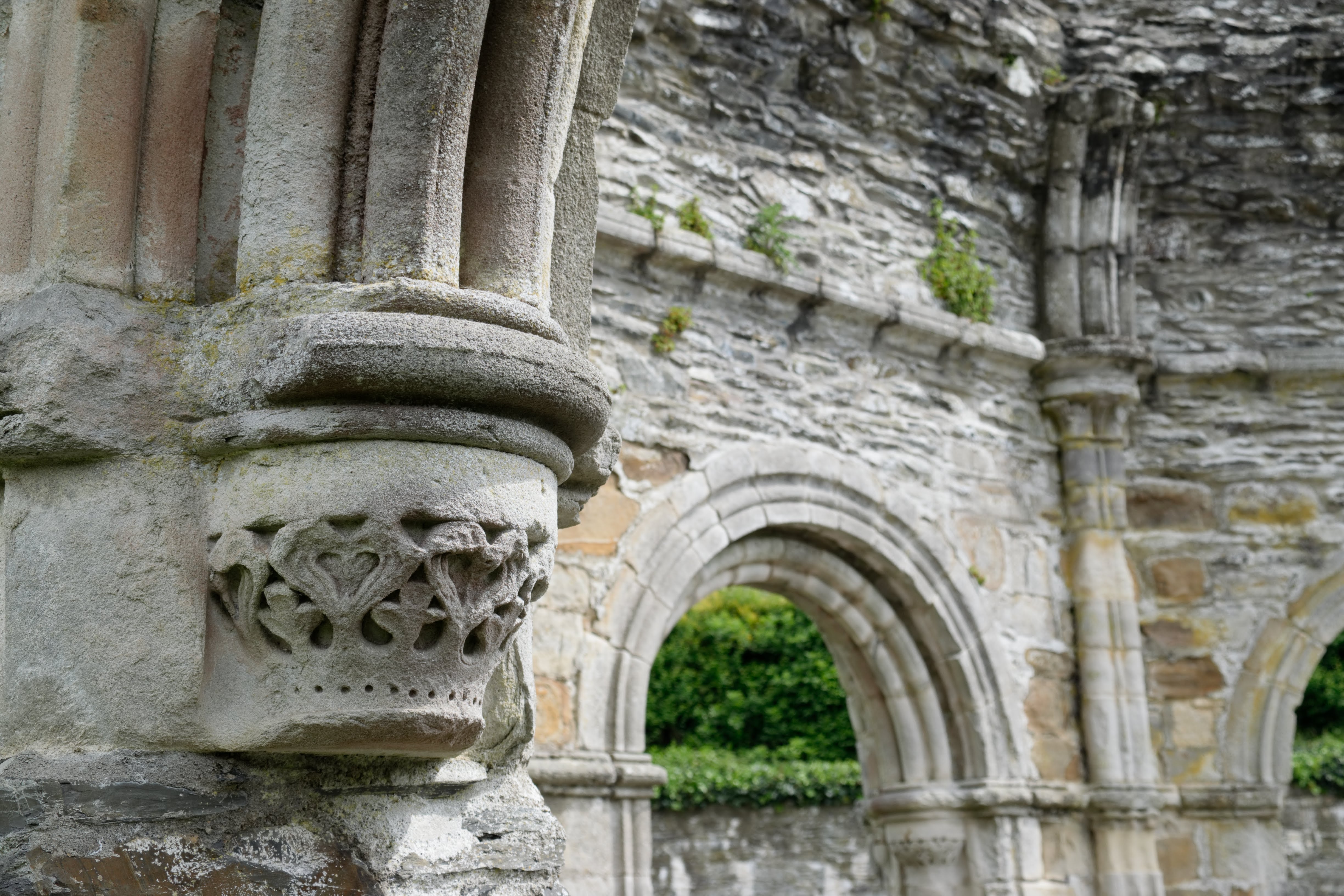 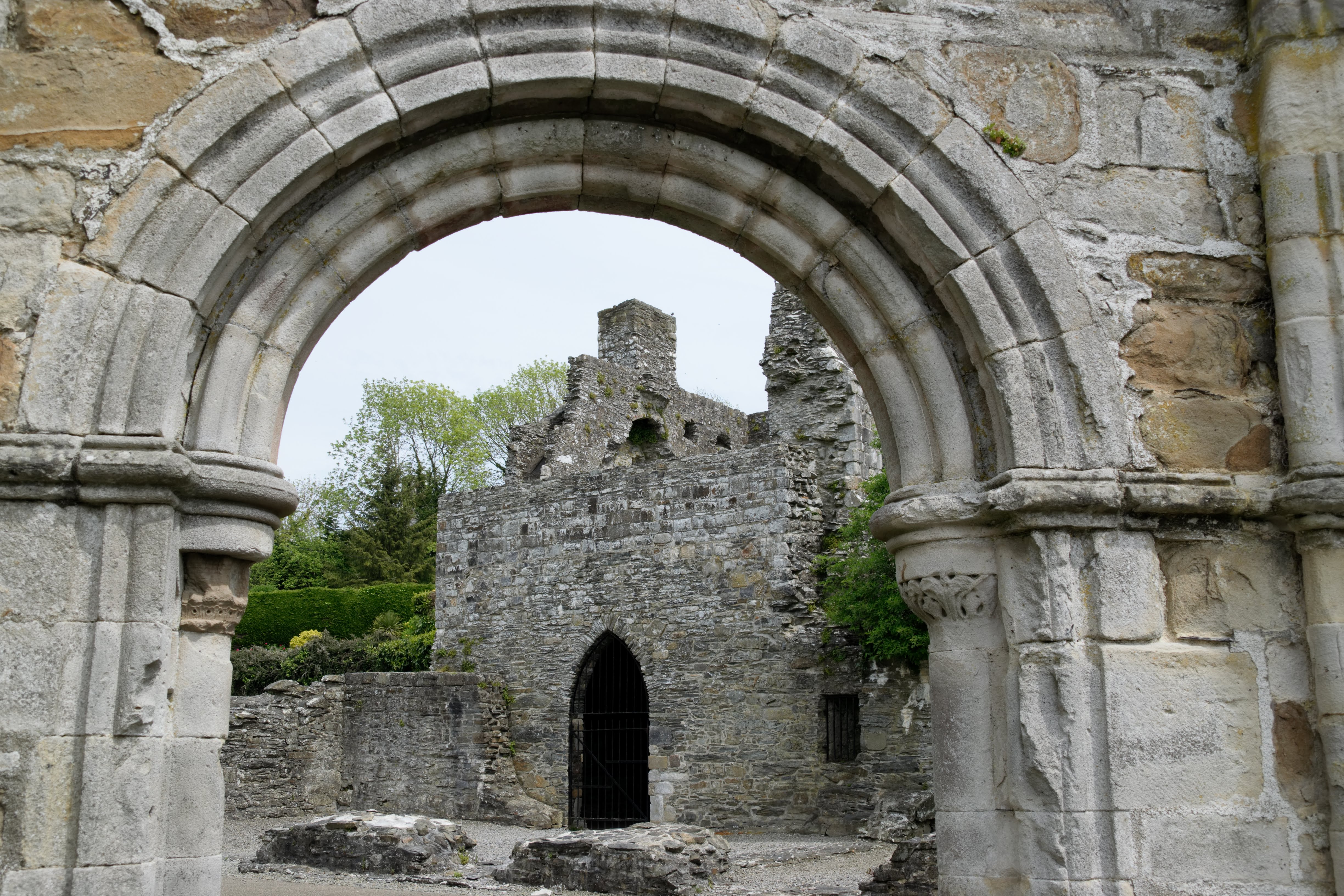 The Abbey is located 55km north of Dublin city centre.

Public transport (bus or train) will take you as far as Drogheda (40km north of Dublin).  You will need to take a taxi to Mellifont  8km away. 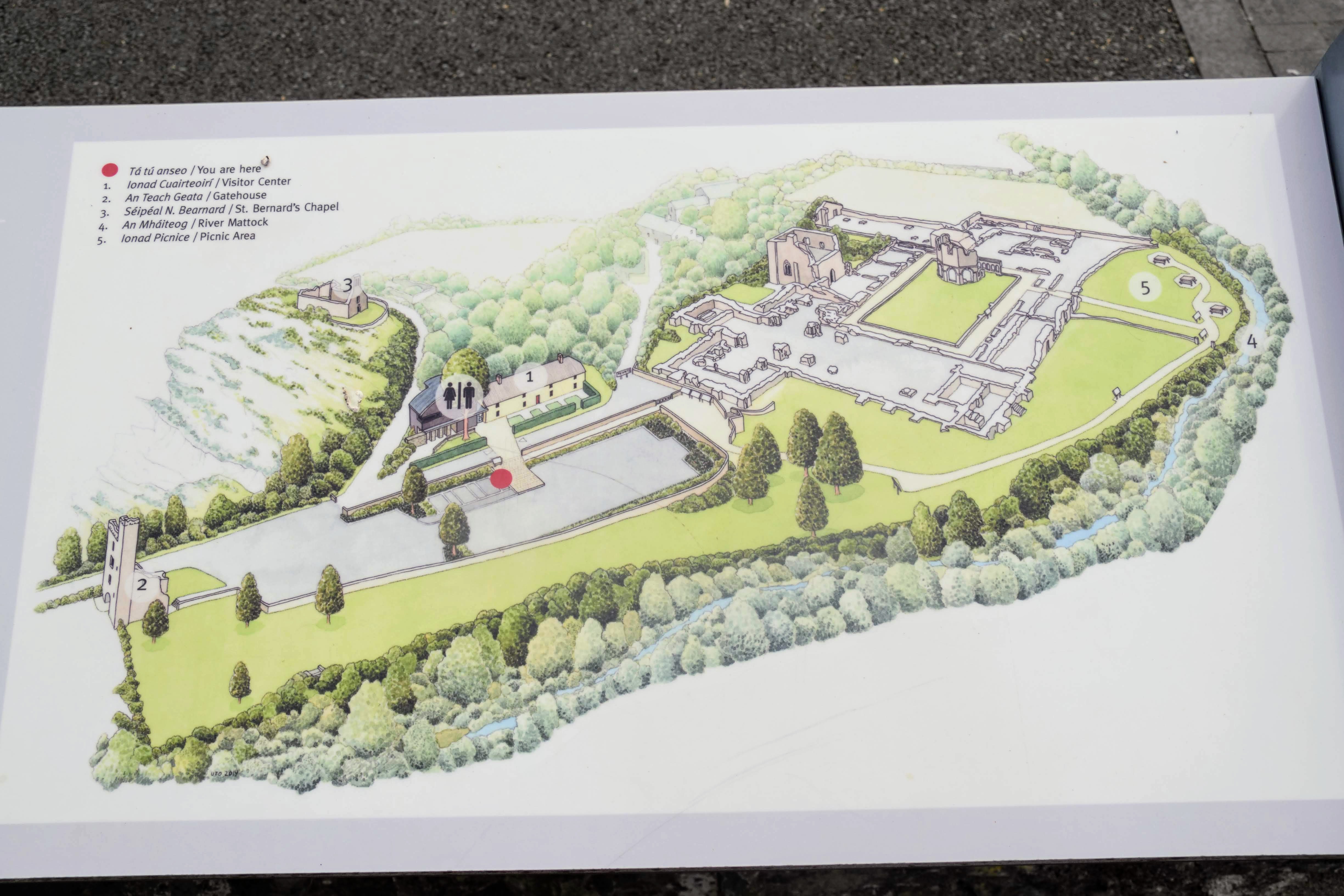 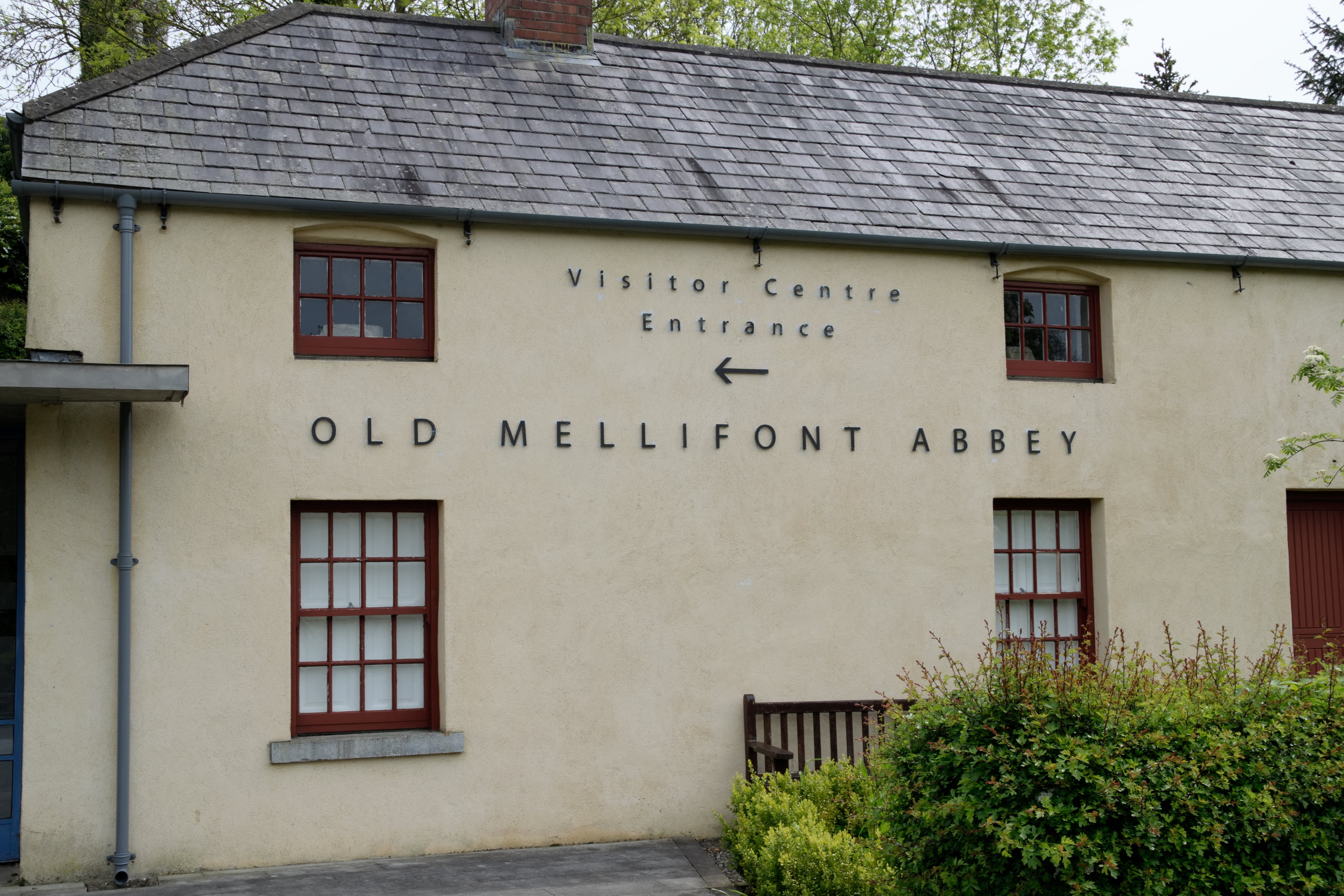 Why not make a day of it and visit…..

*The High Crosses of Monasterboice 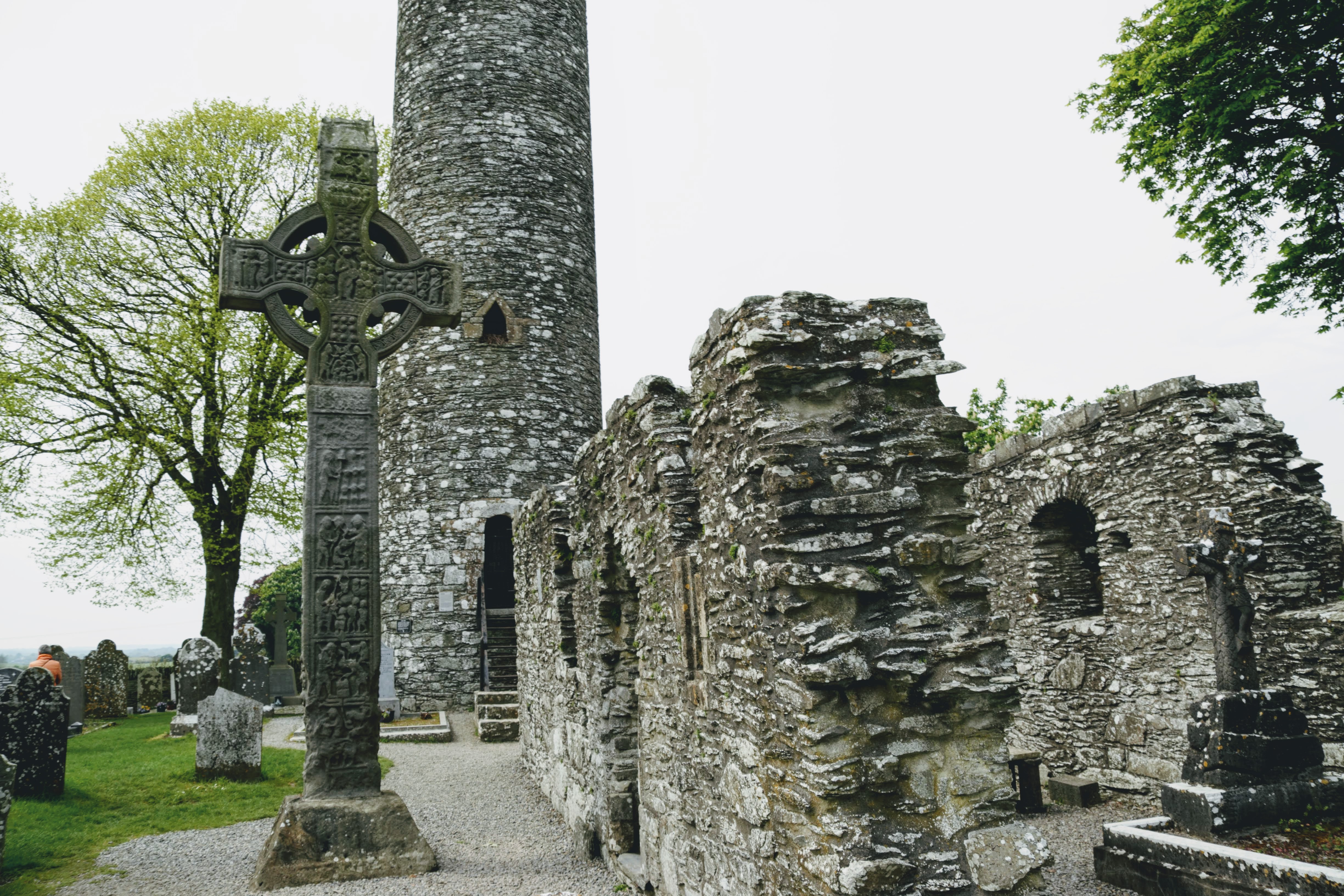 *The Hill of Tara

*The passage tomb at Newgrange 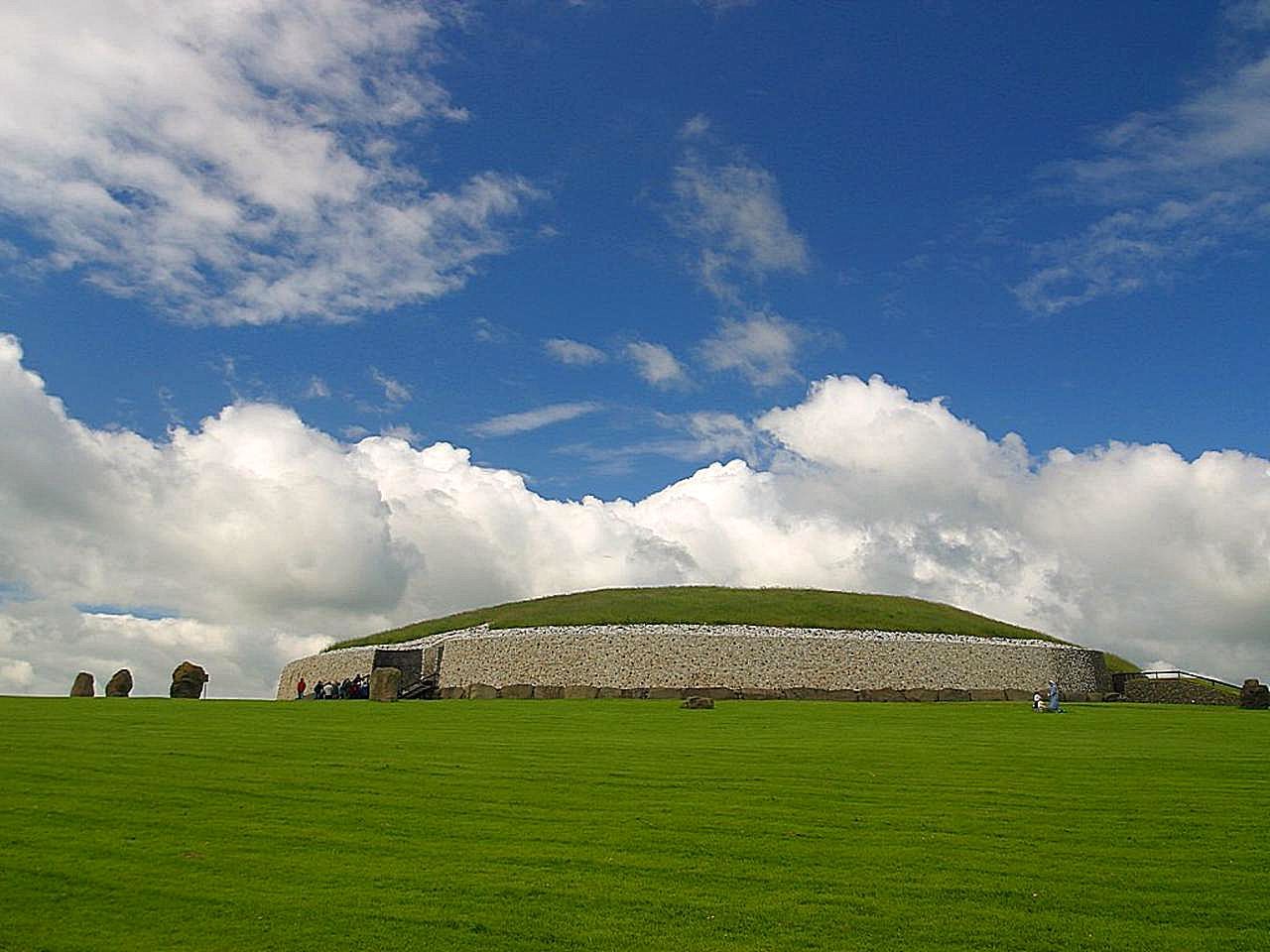 8 thoughts on “The Ruins of Old Mellifont Abbey”