The Roman ruins of Volubilis can be found in fertile countryside about 35km from Meknes.   Founded in the 3rd century BC,  it became an important outpost for the Roman Empire.  Today,  about half of the World Heritage Site has been excavated and you will probably spot archaeologists working in nearby fields on your visit.

Volubilis is worthy of a visit for its mosaics alone.   Most are in situ in the more prestigious houses of the city and considering their exposure to the elements and tourists,  their details and colours are still remarkable.

There’s no direct public transport to the site.  If you don’t have a car,  your options are either travelling with a tour group (as a day trip from Fez or Meknes) or negotiating with a taxi driver in nearby Moulay Idriss.

It’s worth arriving early before the coachloads and,  as admission is a mere 10 dh,  you should really consider hiring a guide.  Having said that,  we weren’t spoiled for choice on the day of our visit.  We negotiated for 150dh with a guide whose English was seriously challenged!   Despite his limited vocabulary he was good craic and he pointed out lots of features we would have missed ourselves with our Lonely Planet (anyway.. ‘vomitorium’,  ‘bulimic’,  ‘vino’ and ‘brothal’ must be recognisable in any language!!).  We spent about an hour with him and then wandered around again for a while before checking out the small museum before we headed off.

There is a tour itinerary marked out and fairly well labelled.

Information is displayed in French,  Arabic and English  and there are also house plans and machinery diagrams scattered about the site. 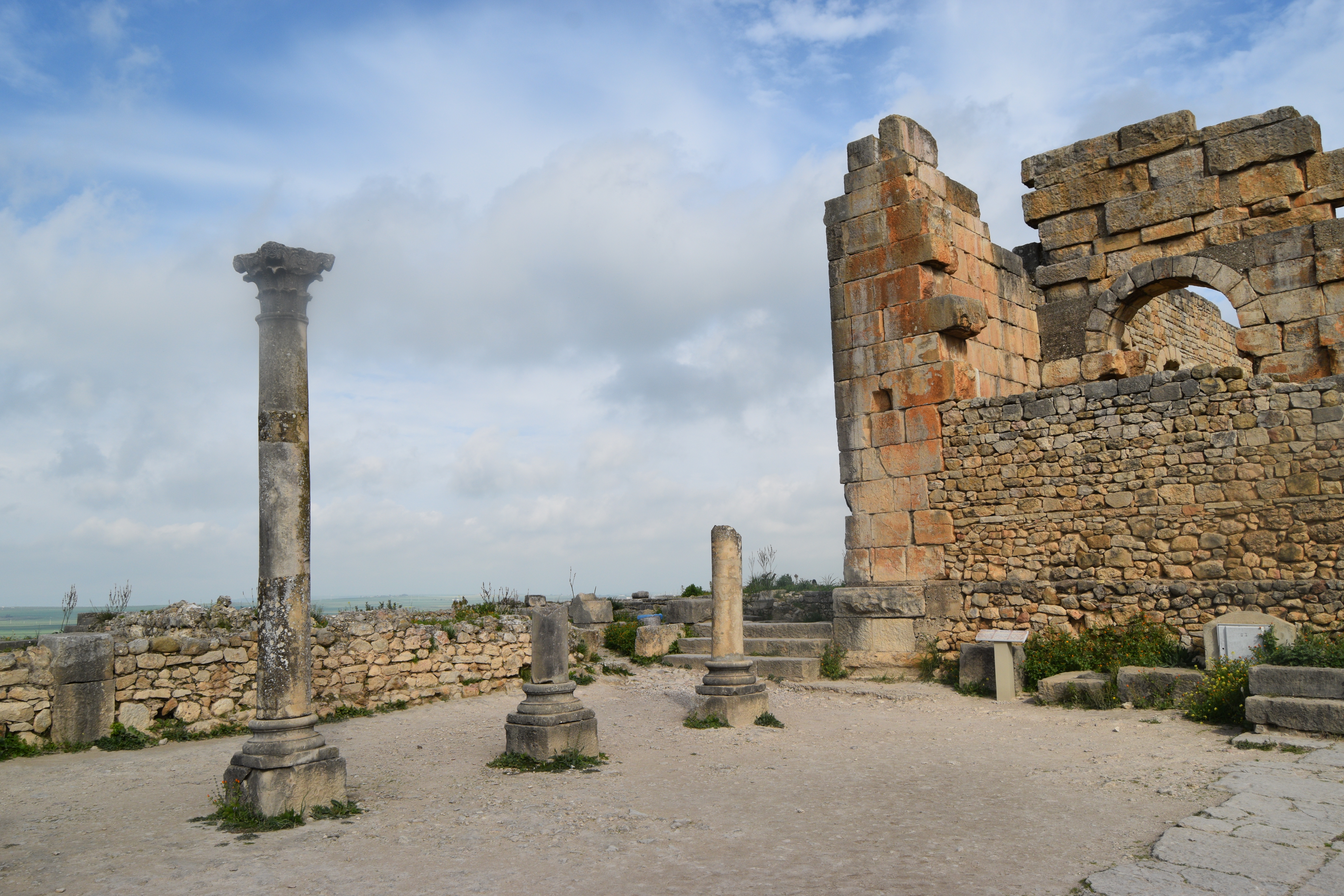 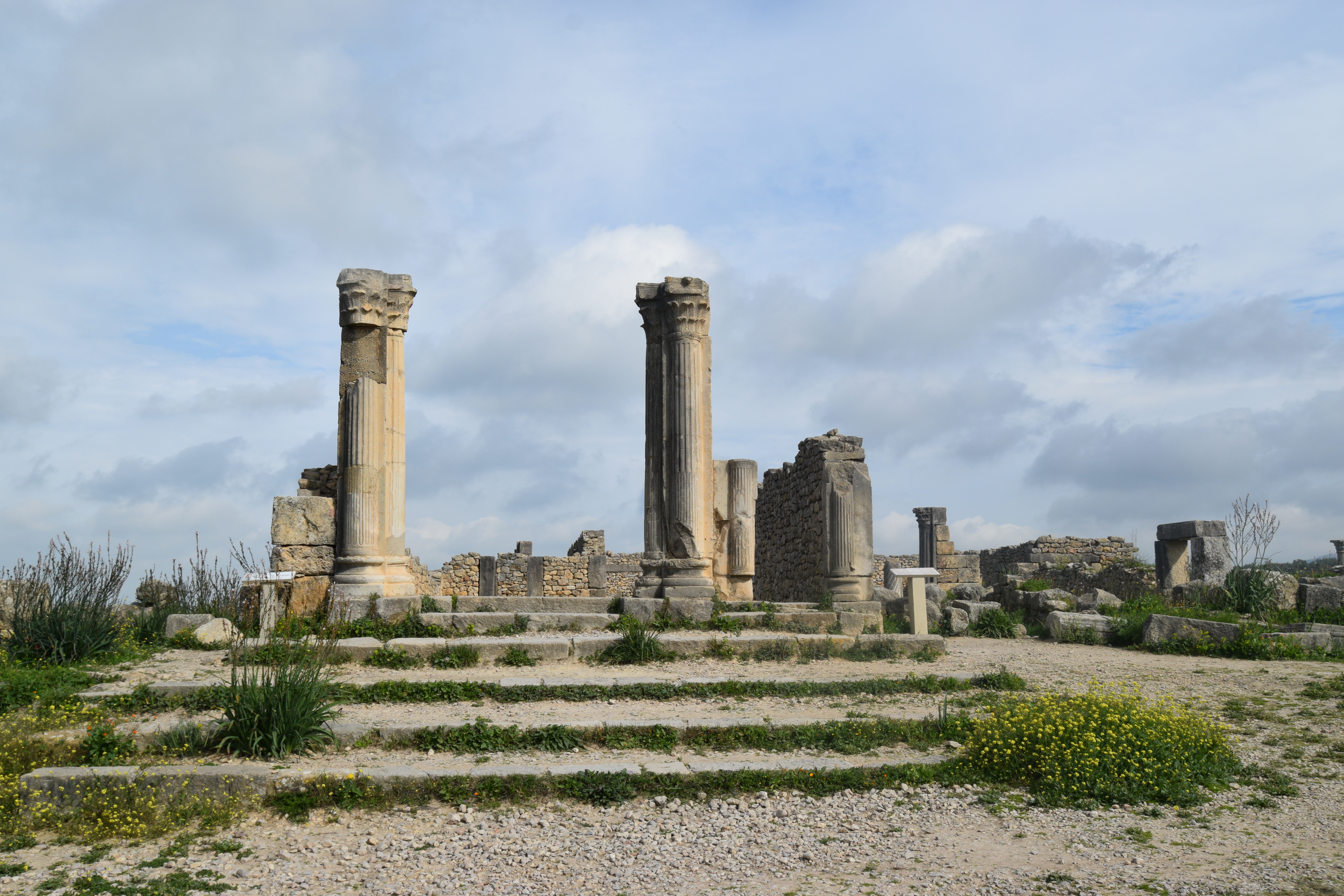 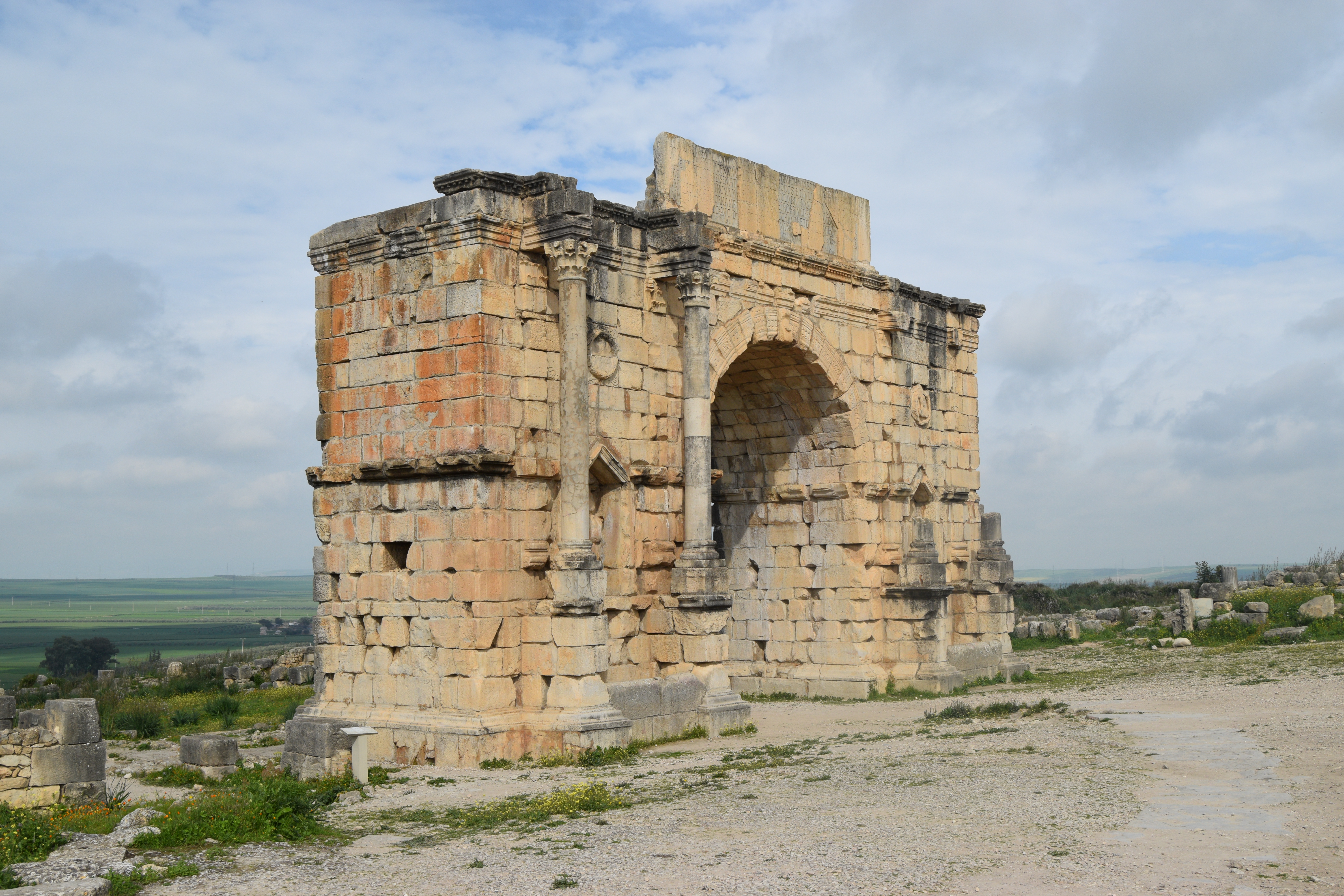 Decumanus Maximus with its Houses and Shops 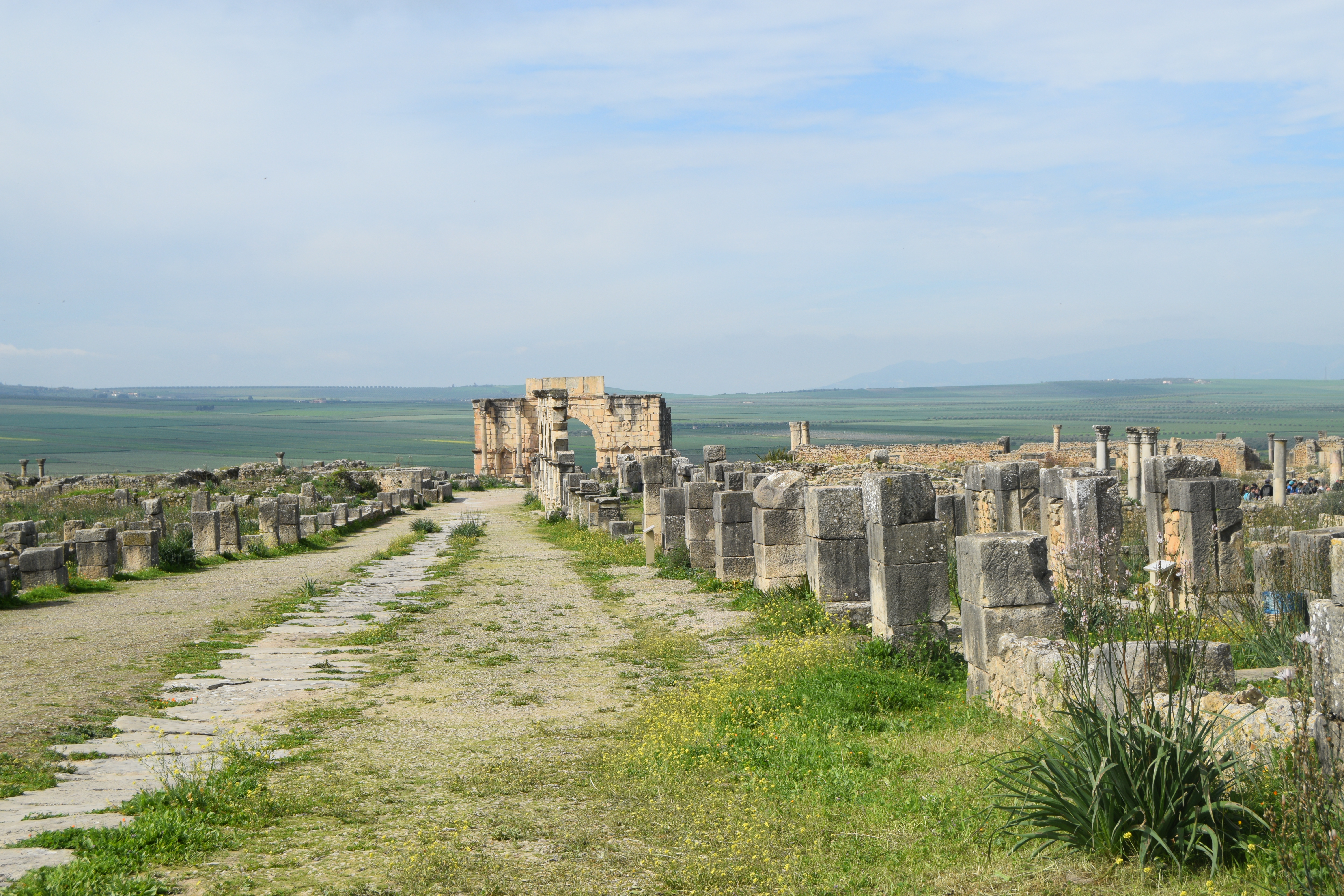 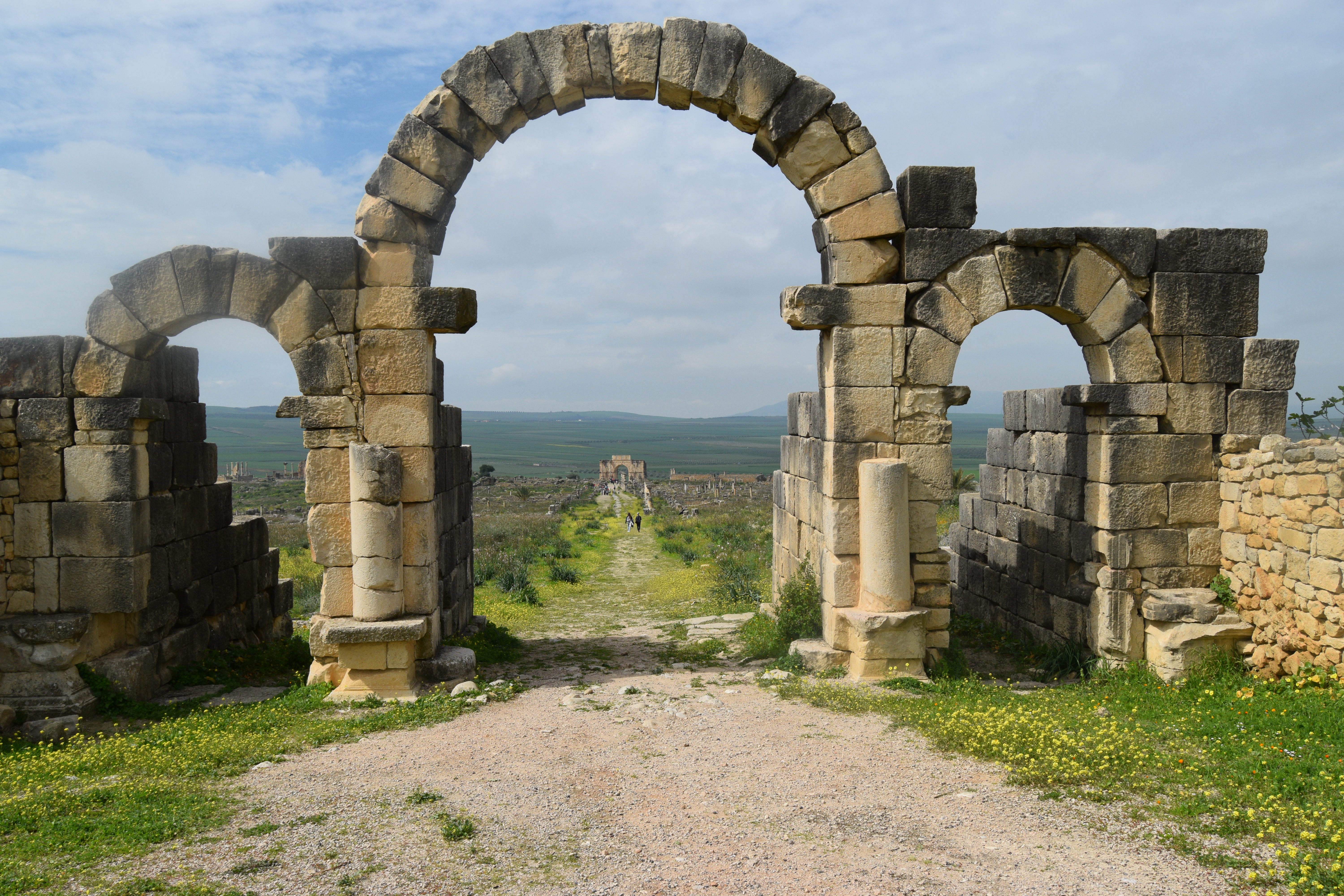 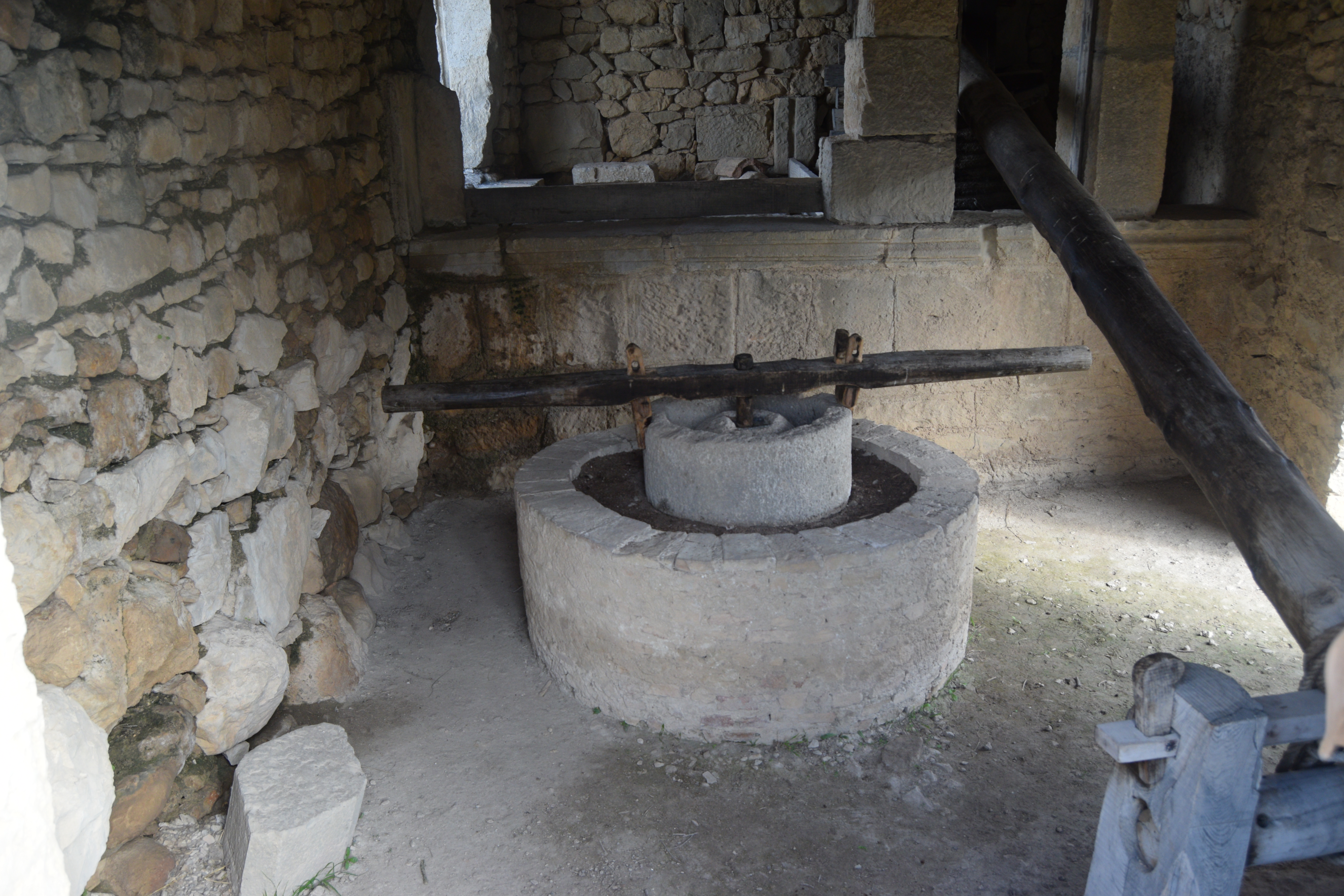 Hole in rock for tethering animals outside shops (See that’s why you need a guide!!) 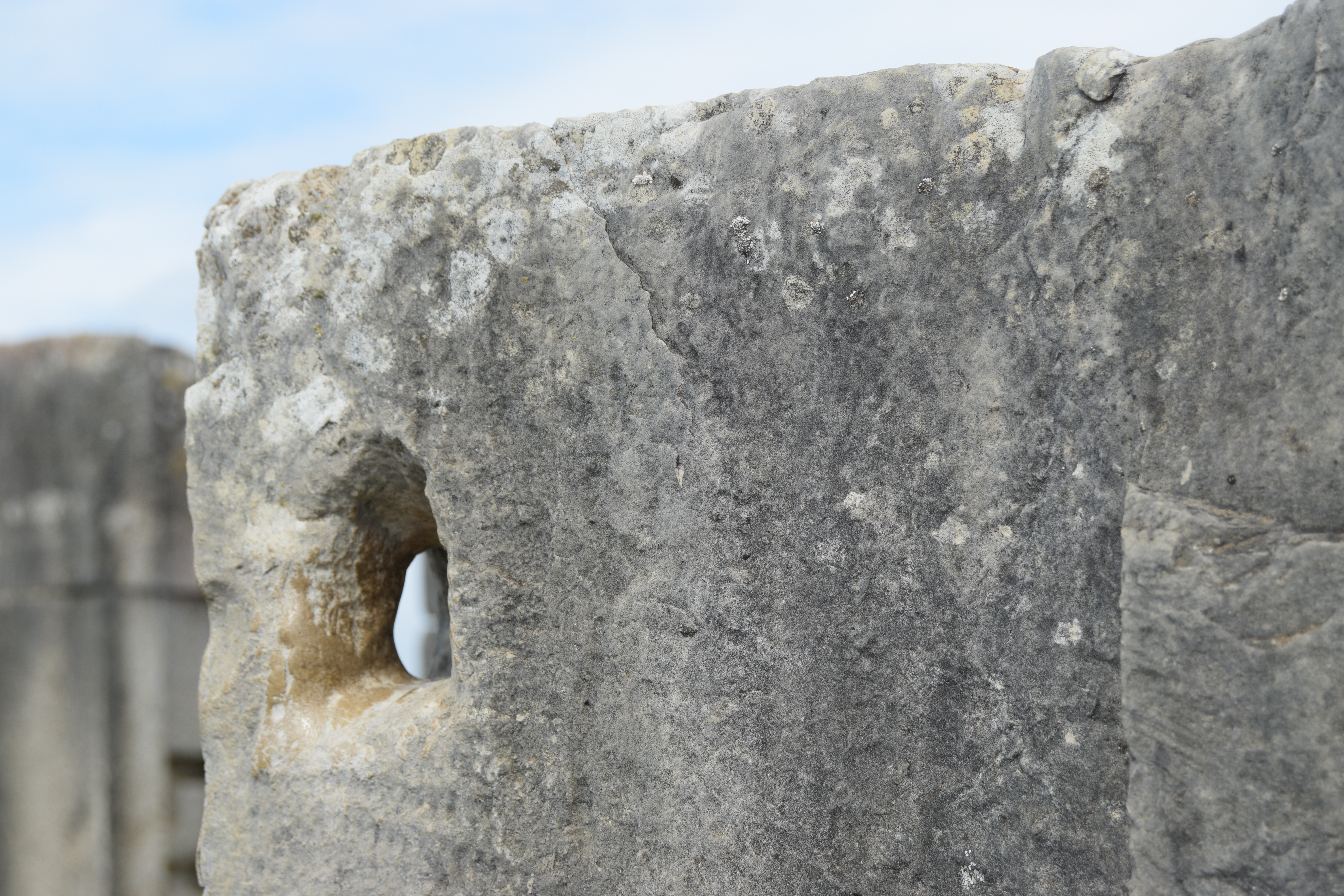 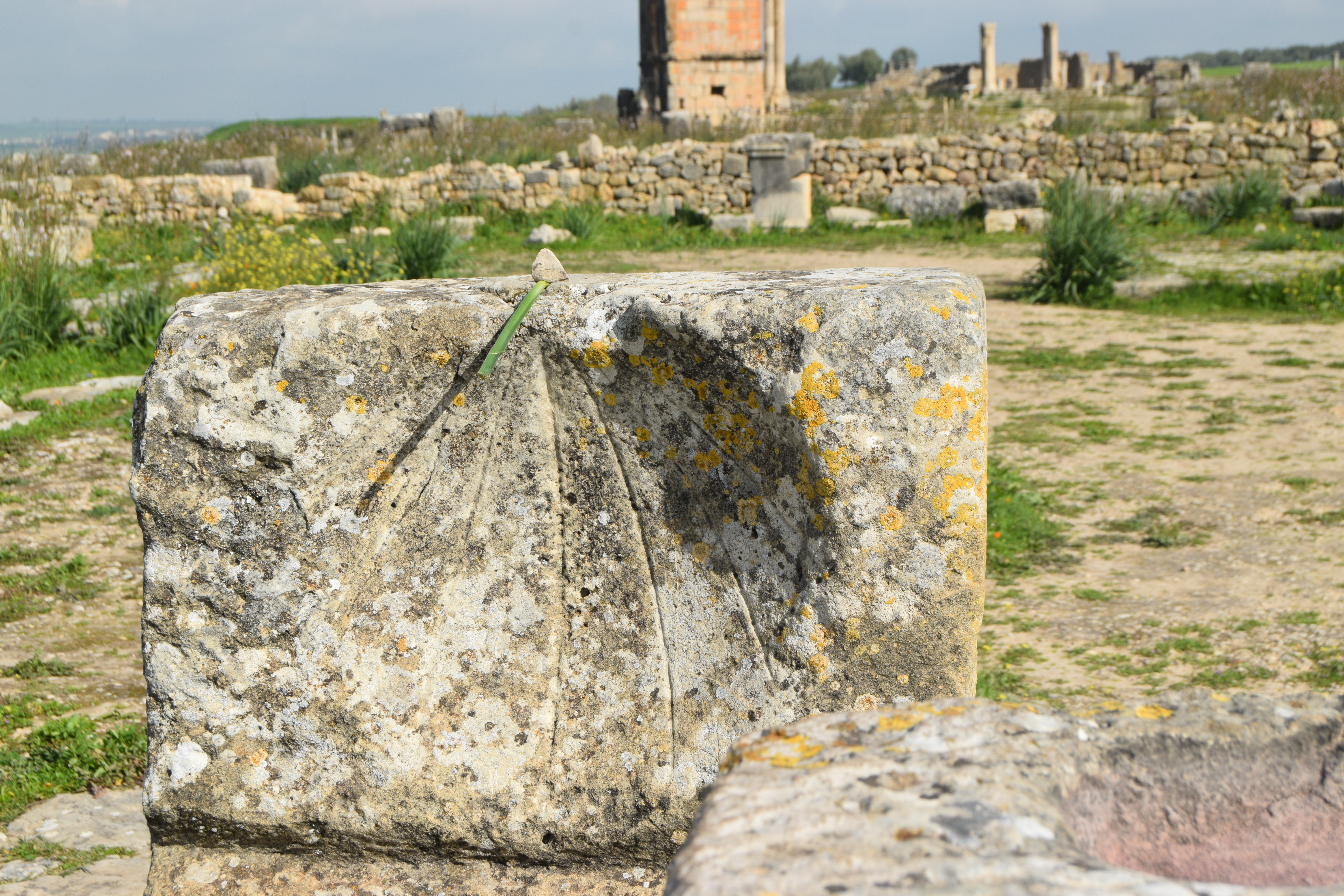 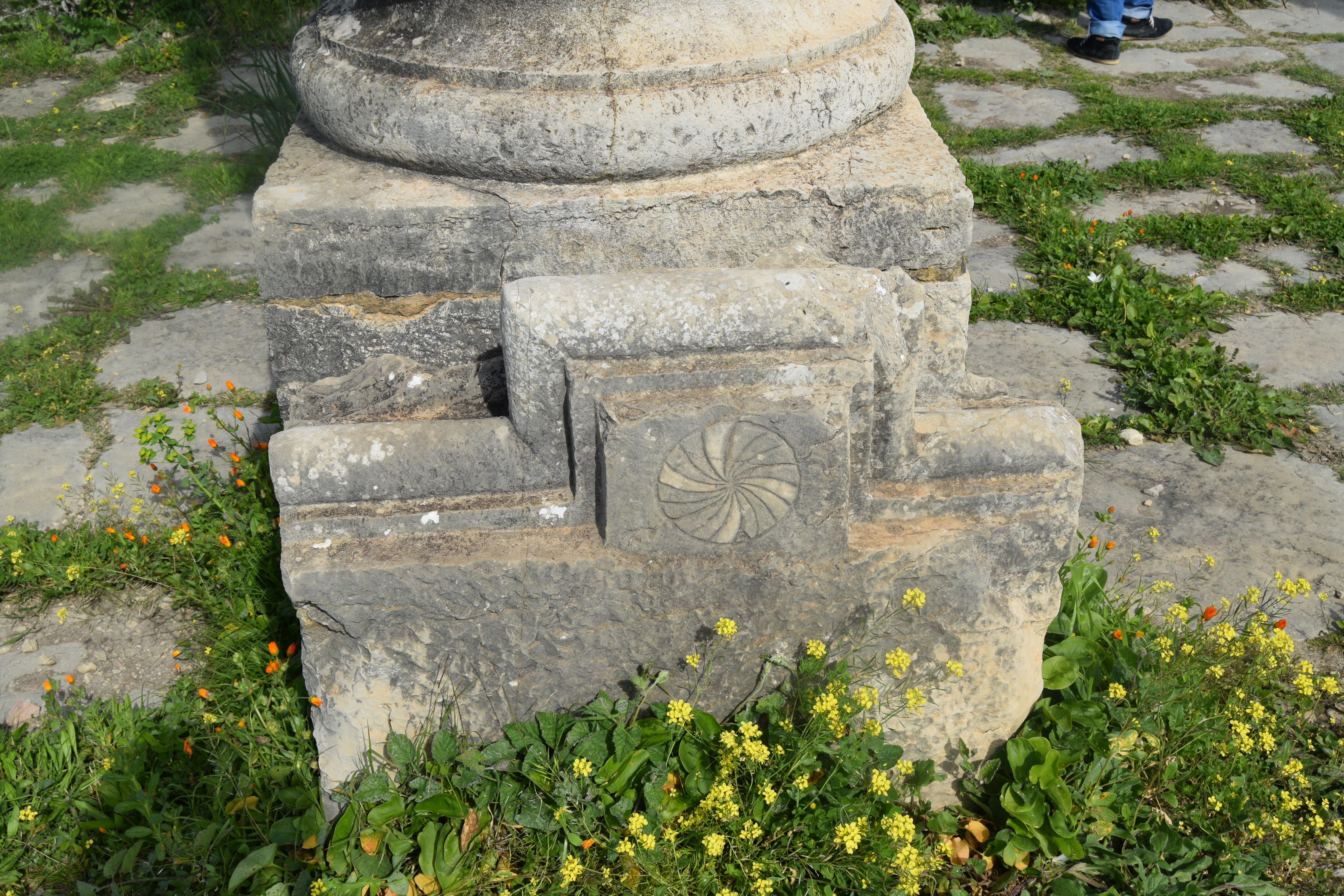 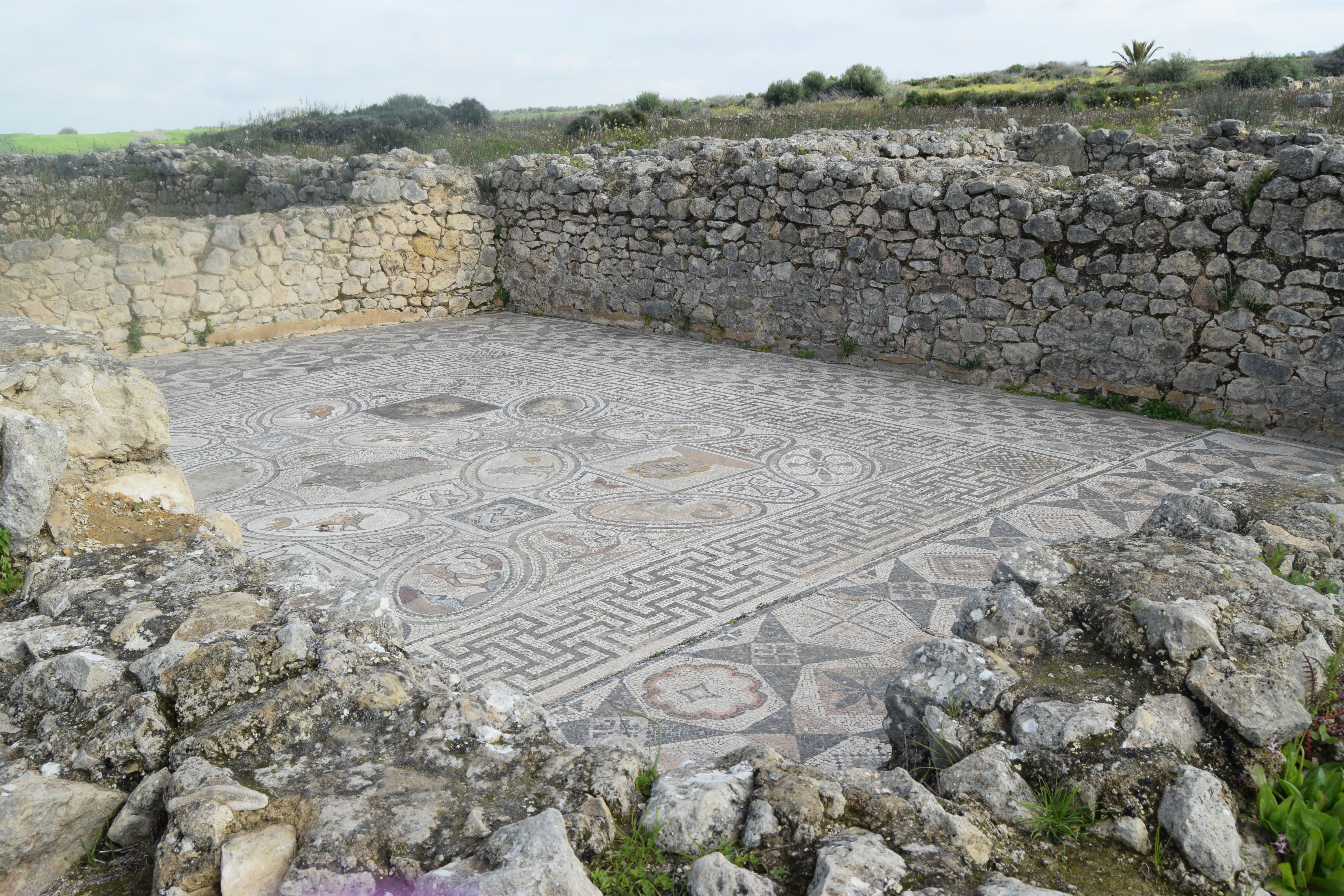 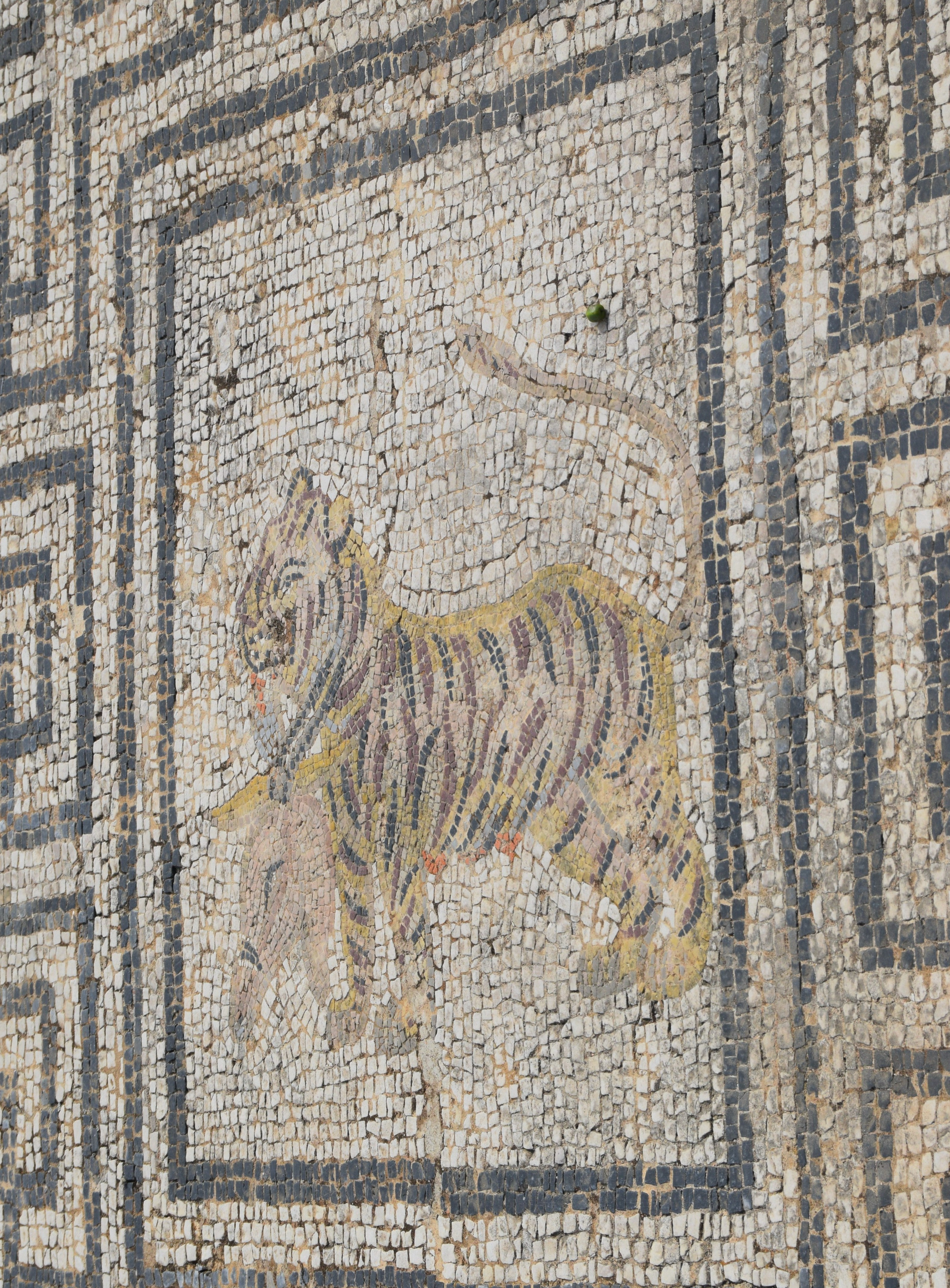 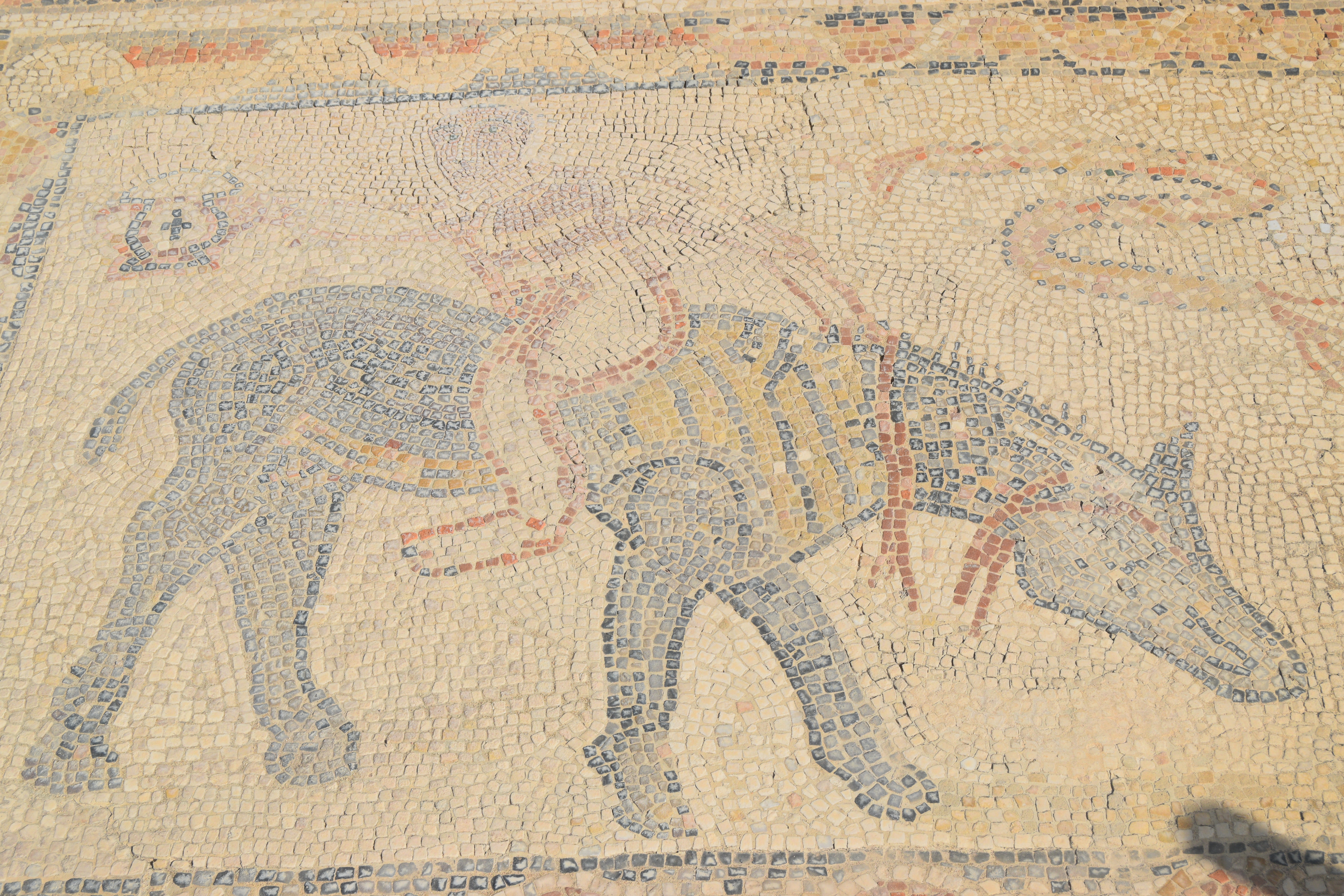 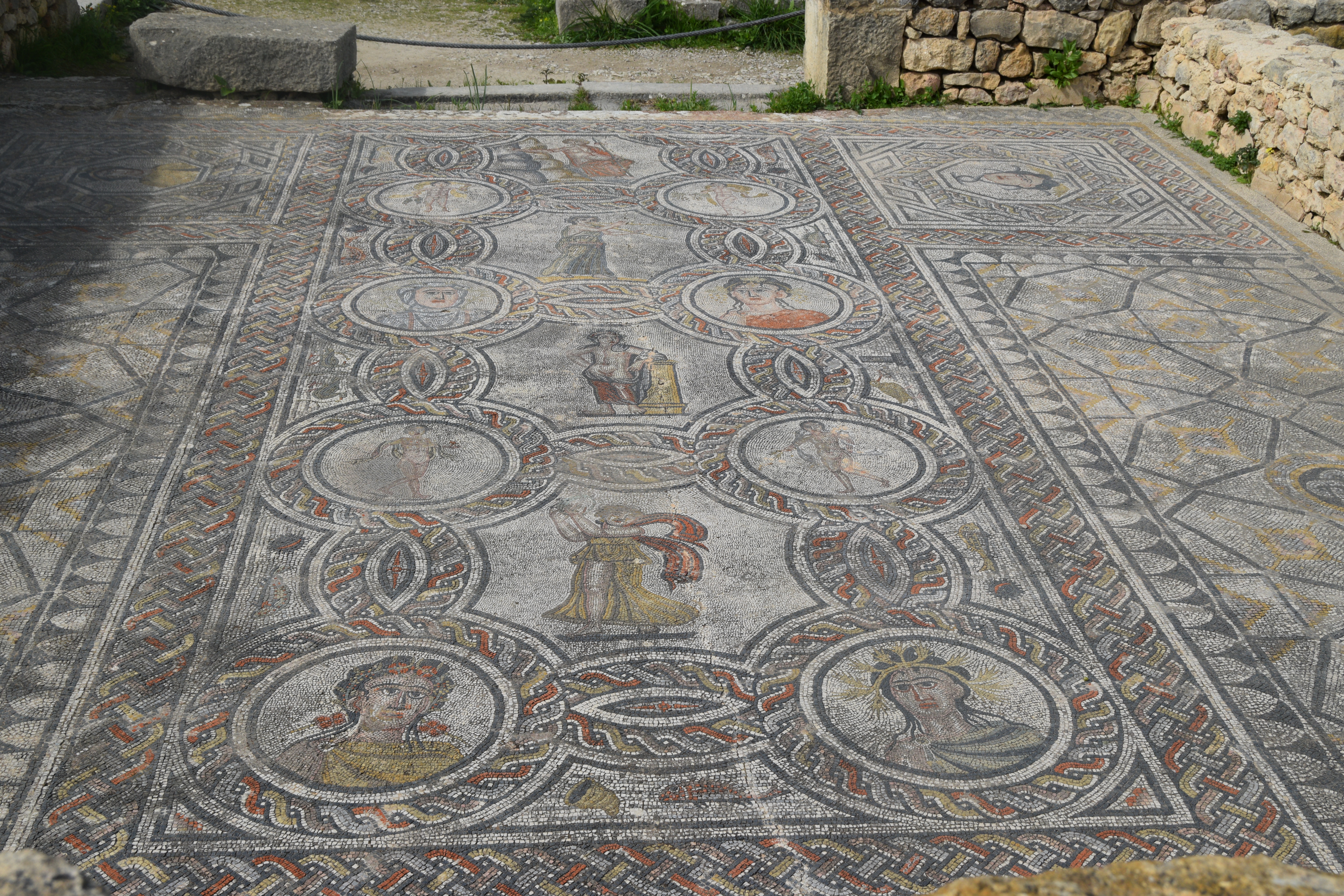 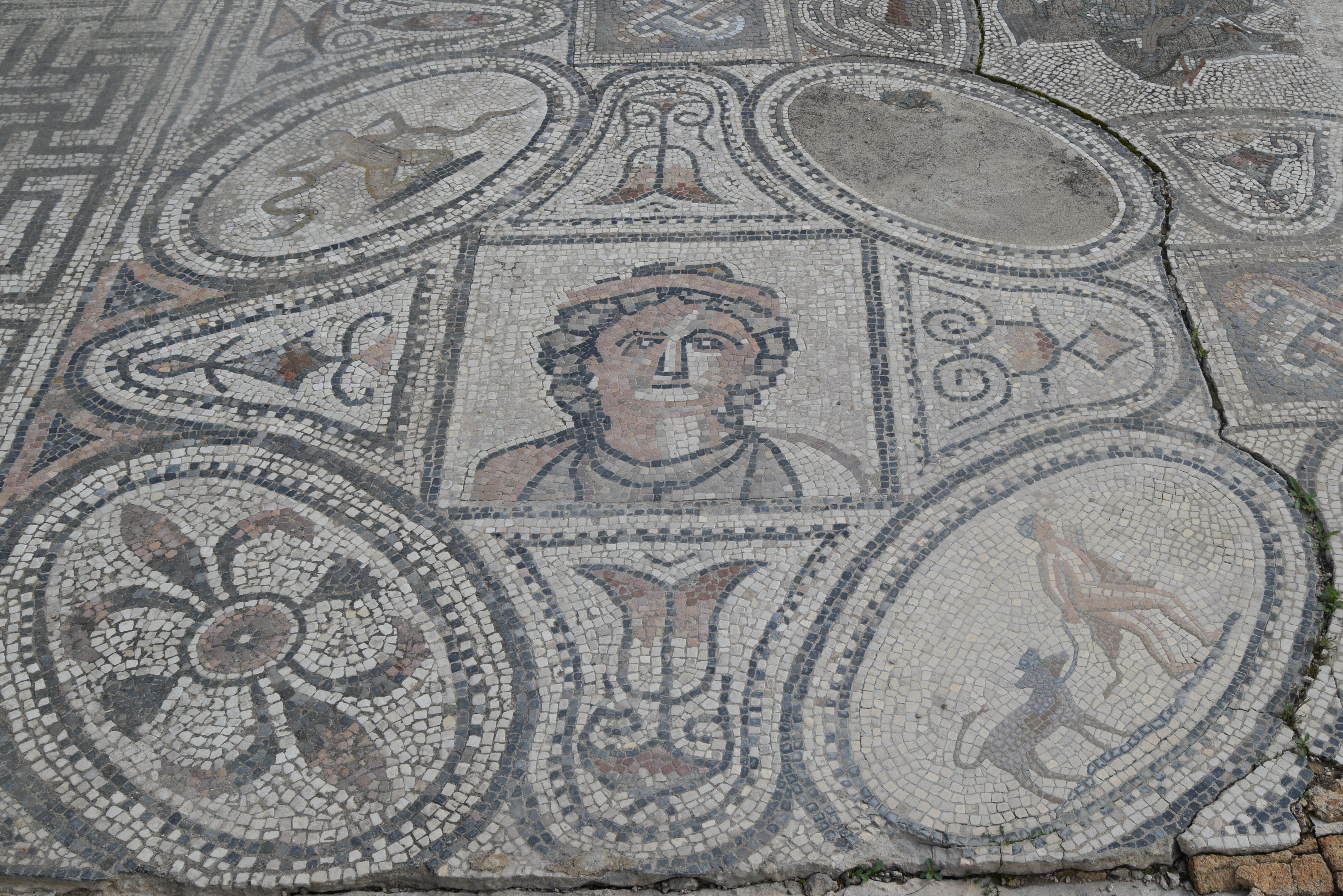 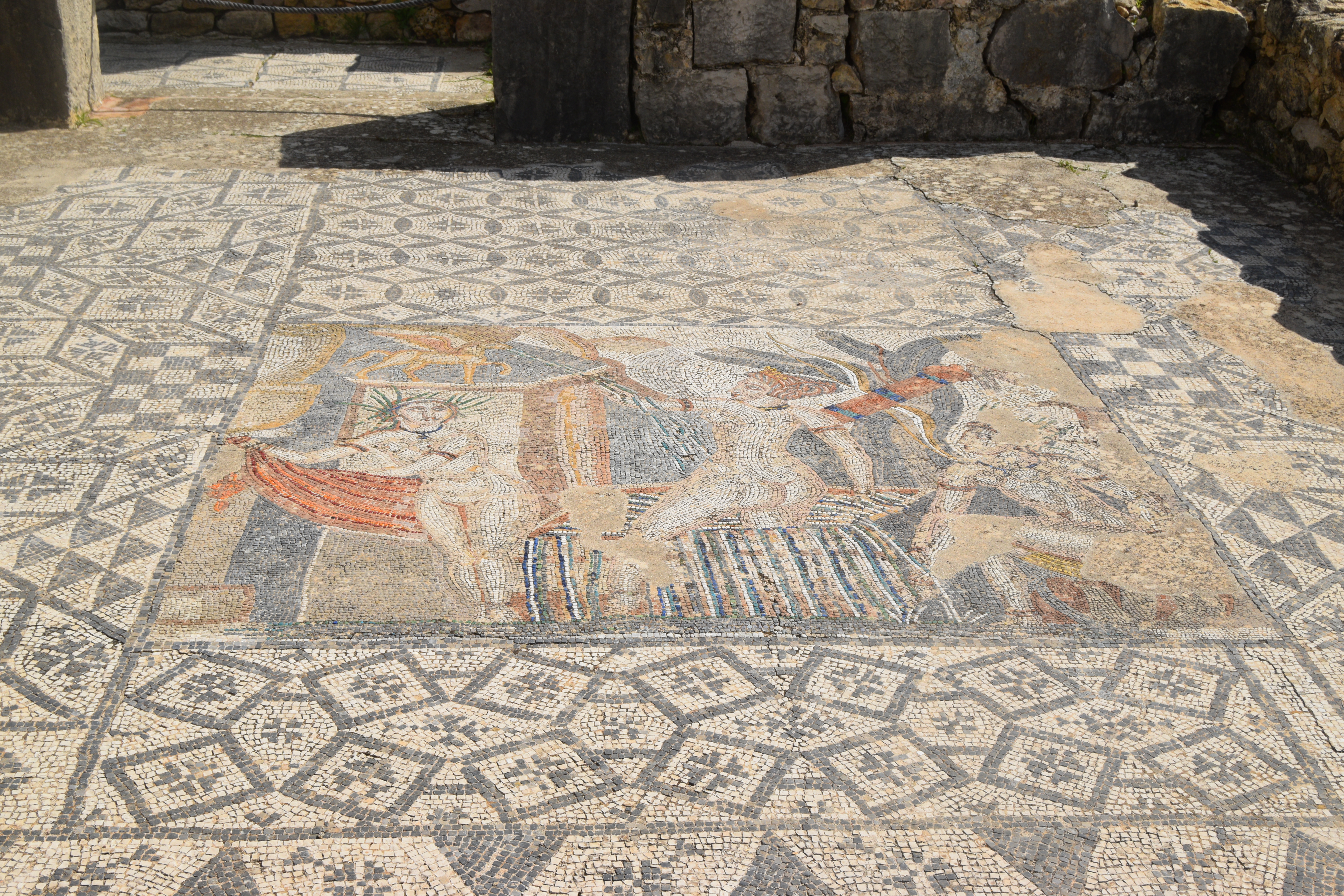 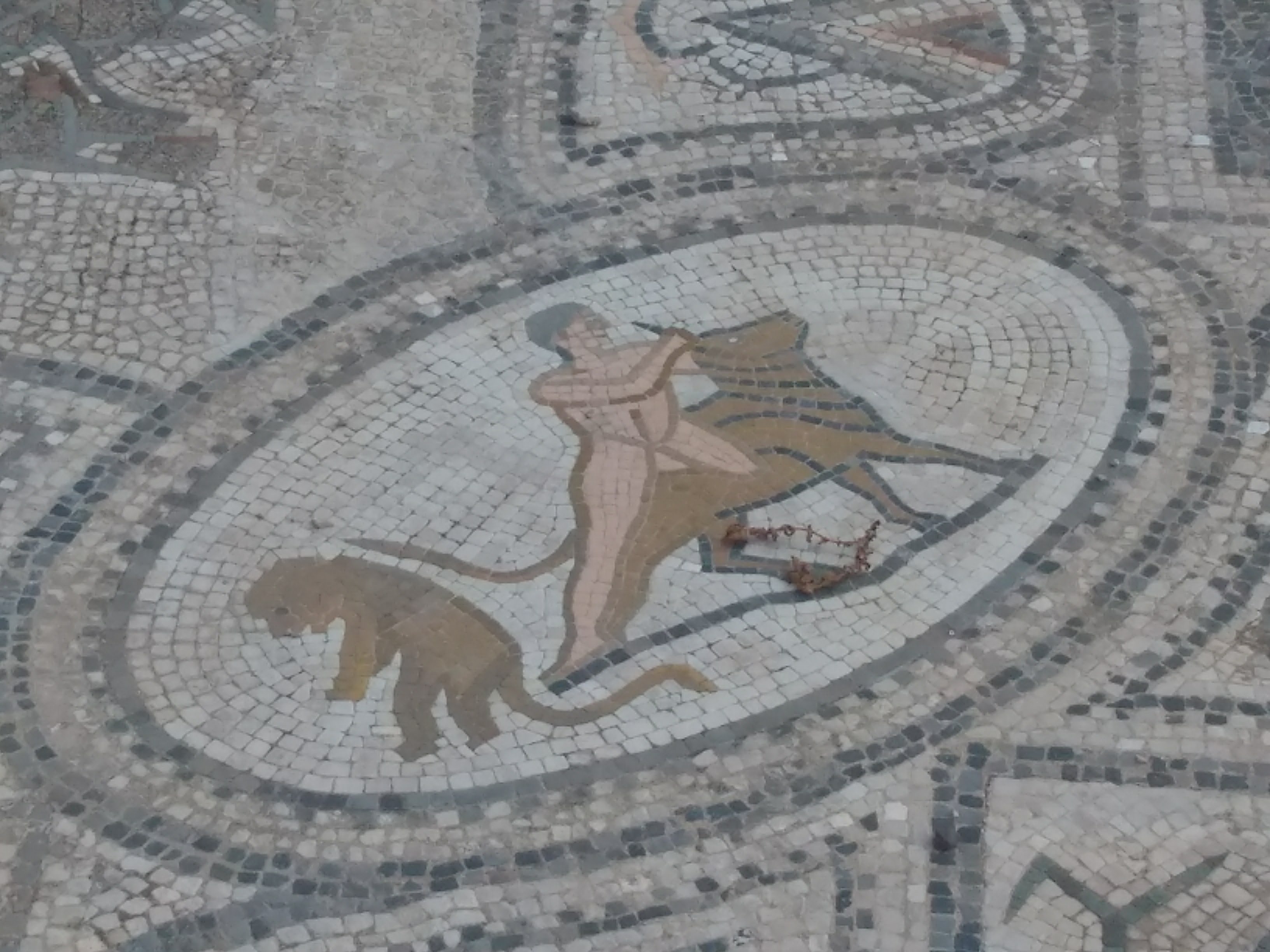 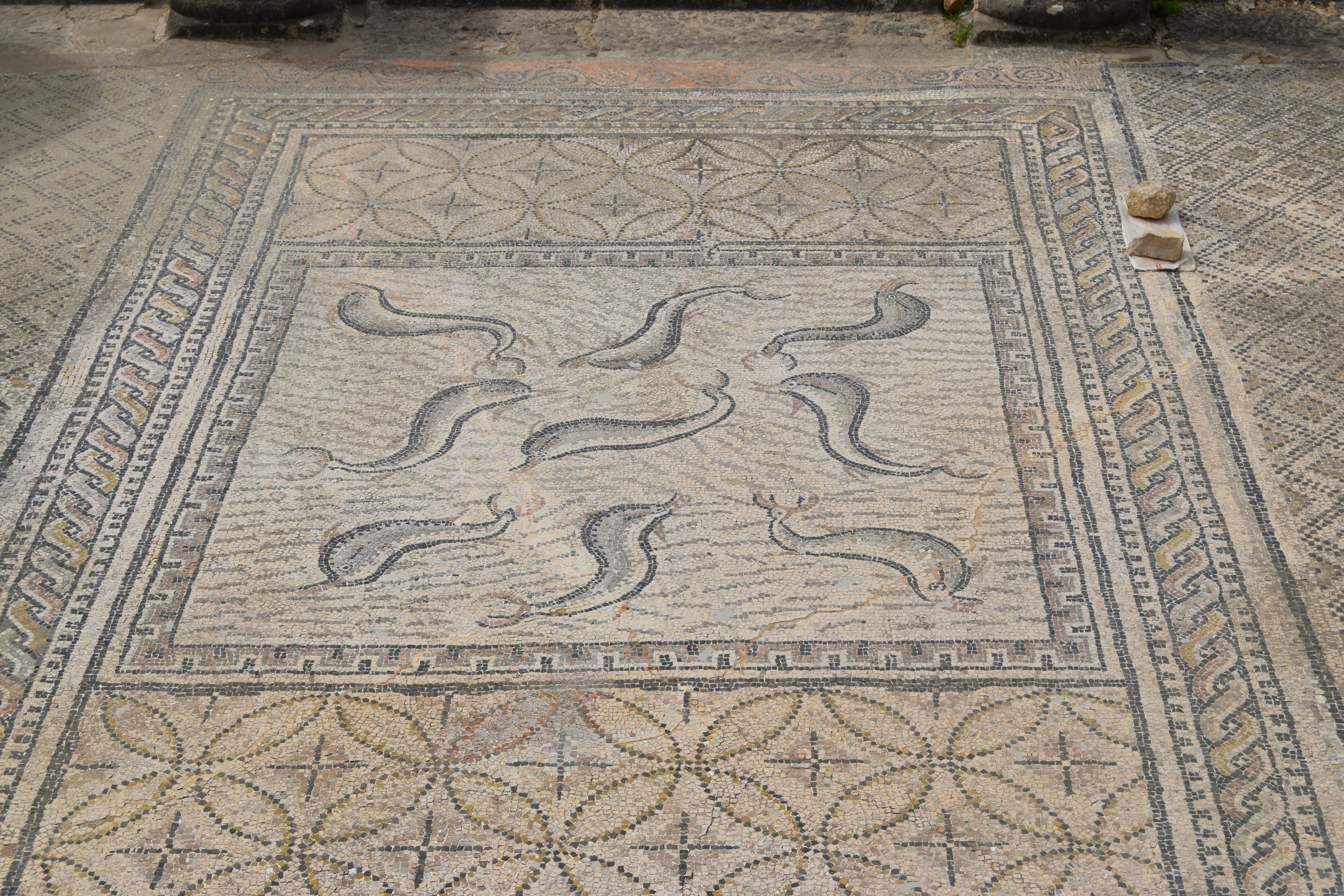 The Views of the Jebel Zerhoun Plain: 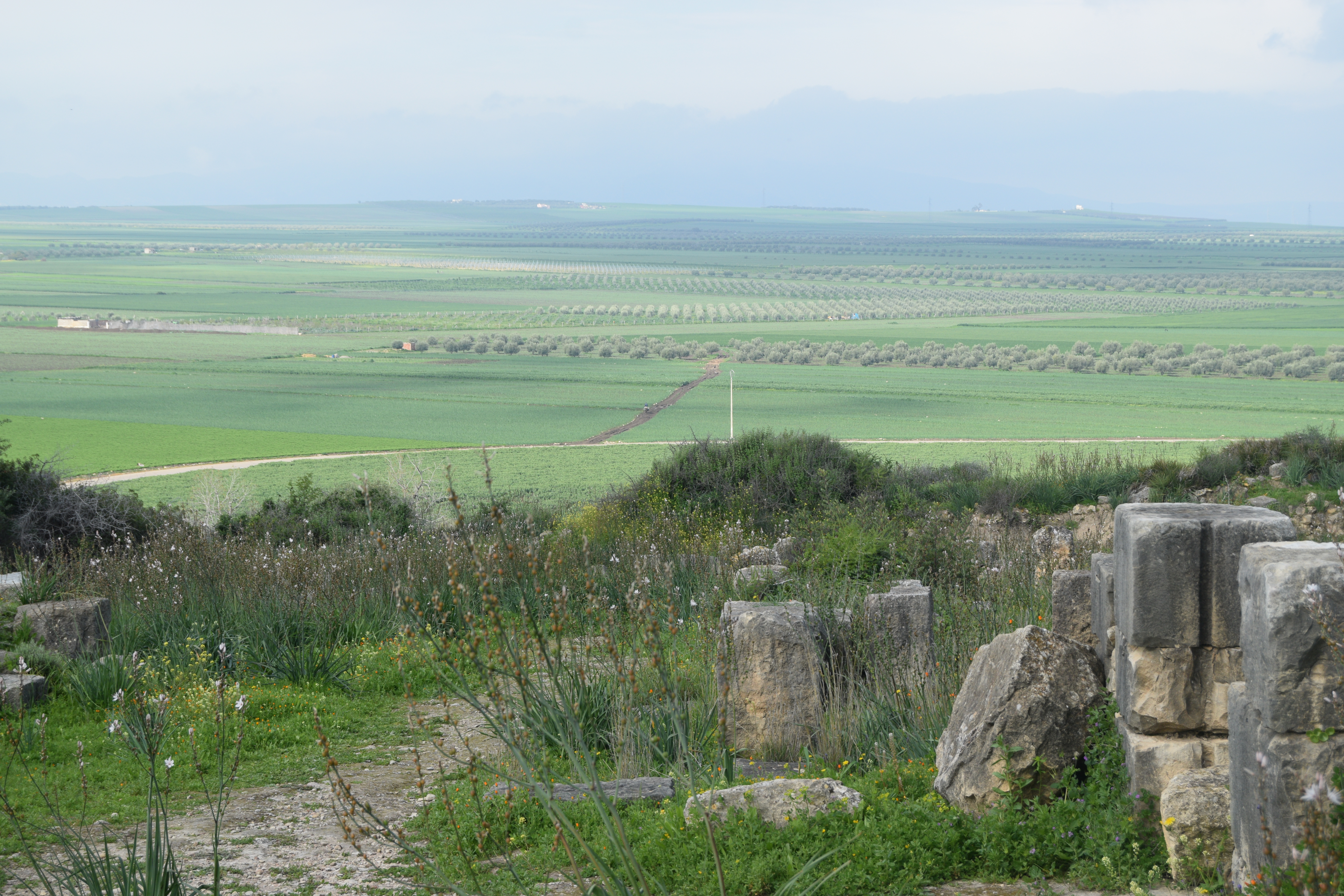 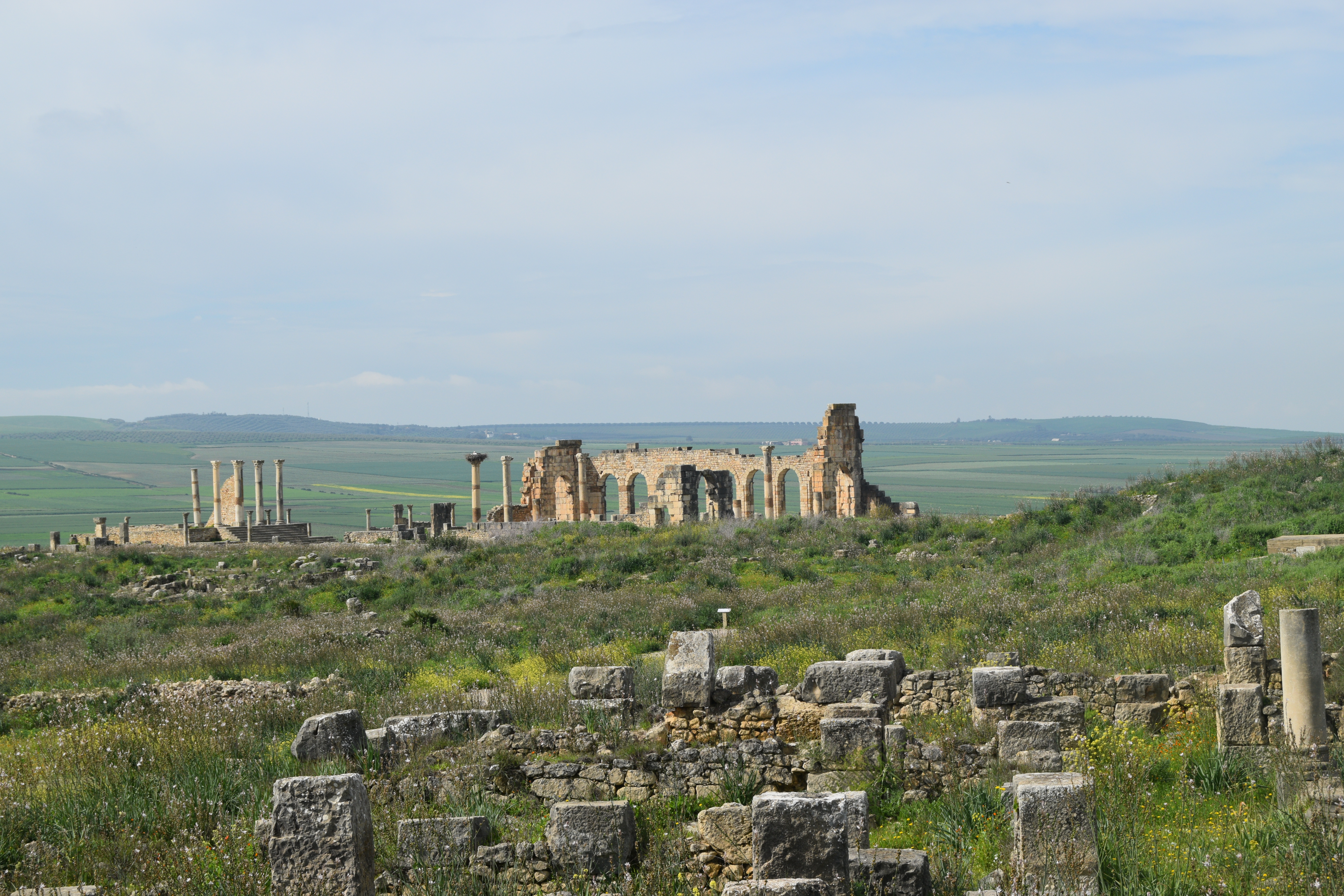 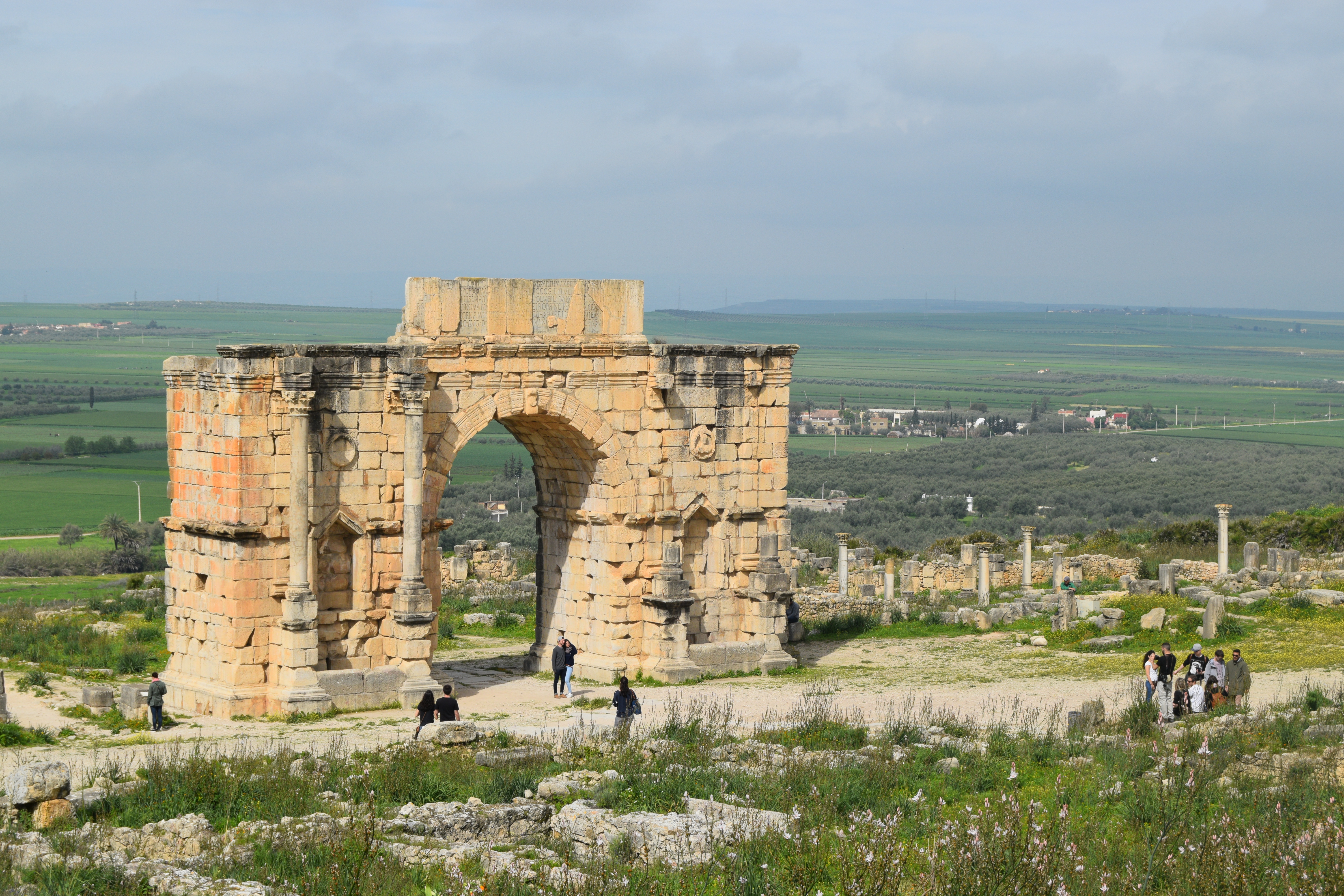 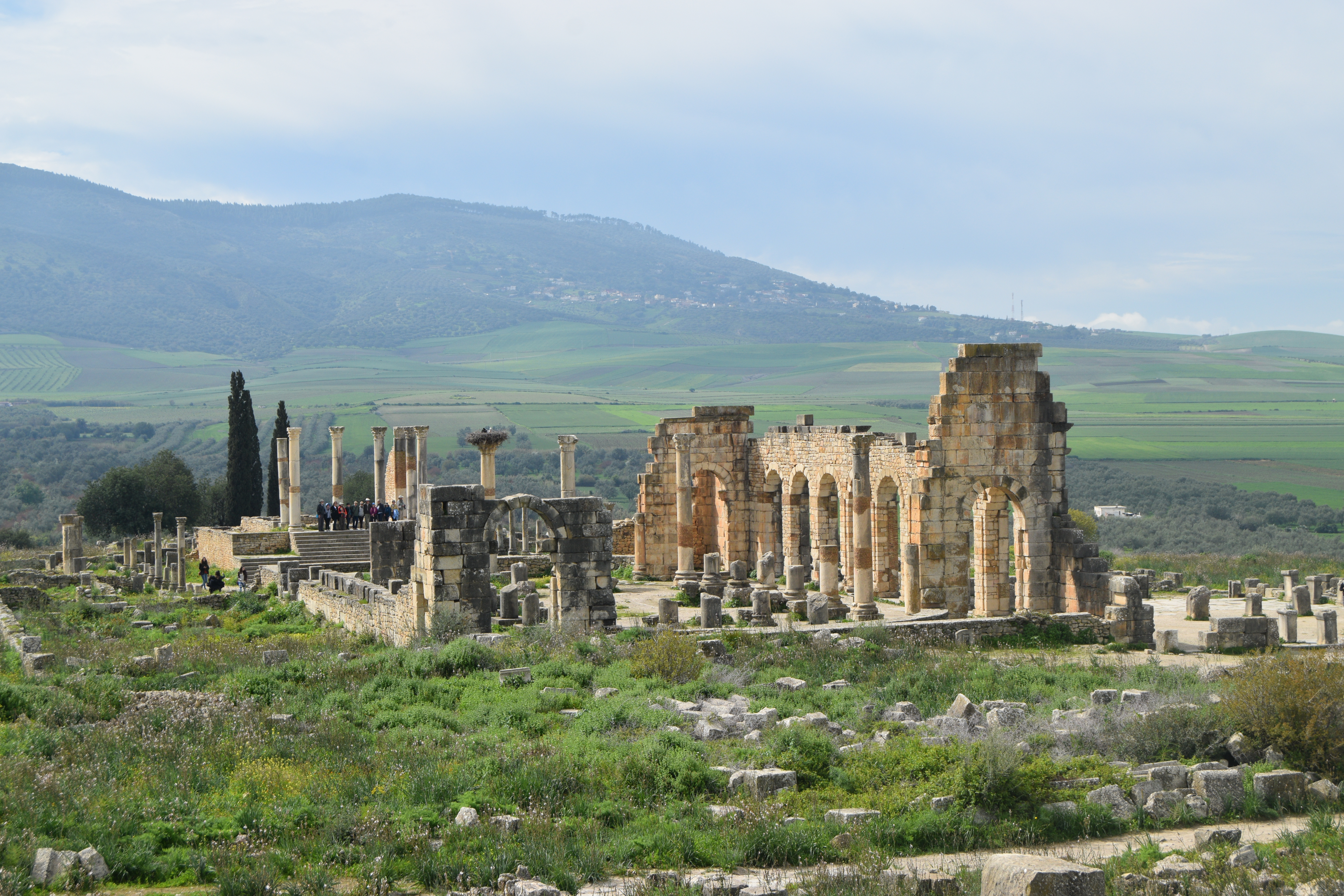 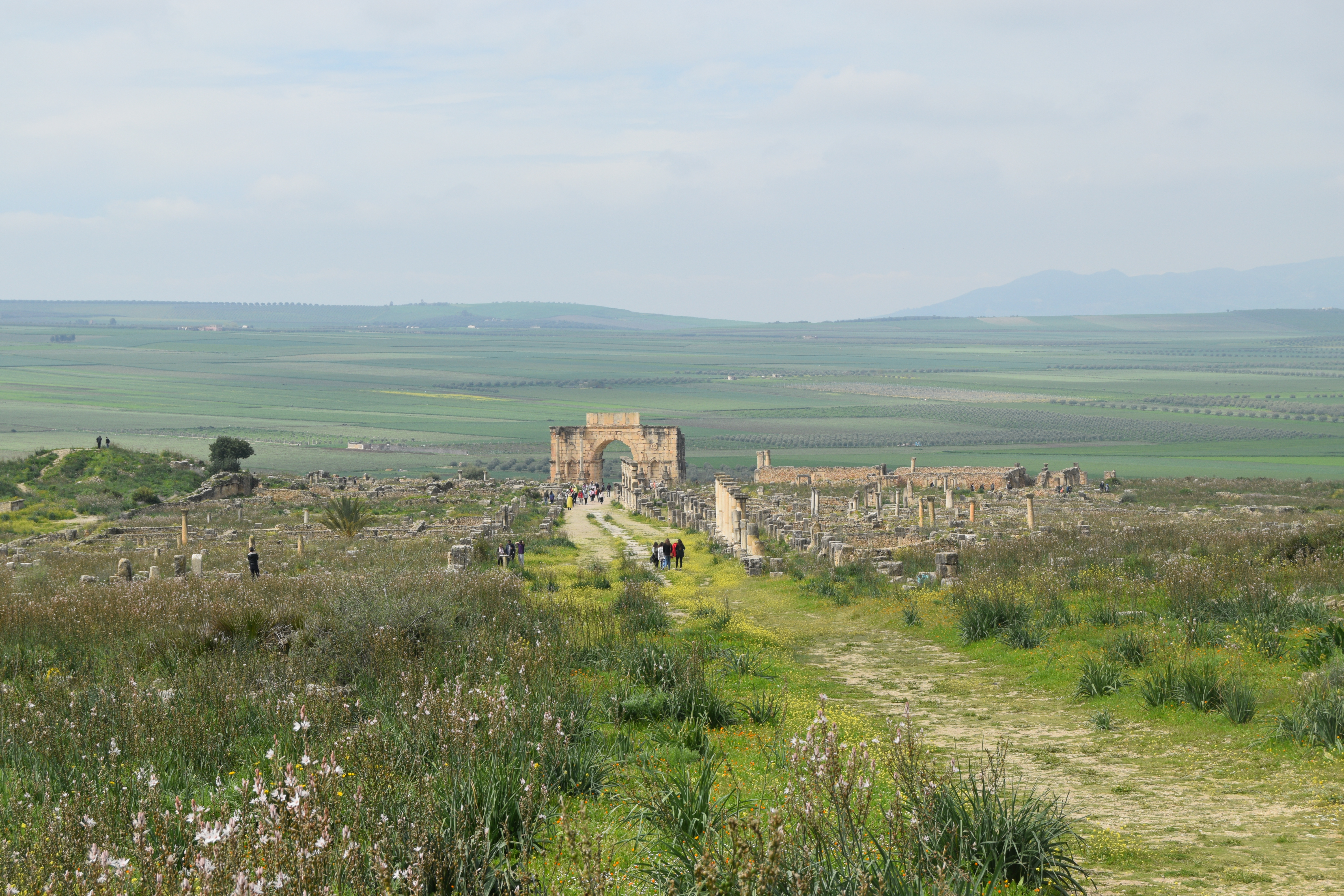 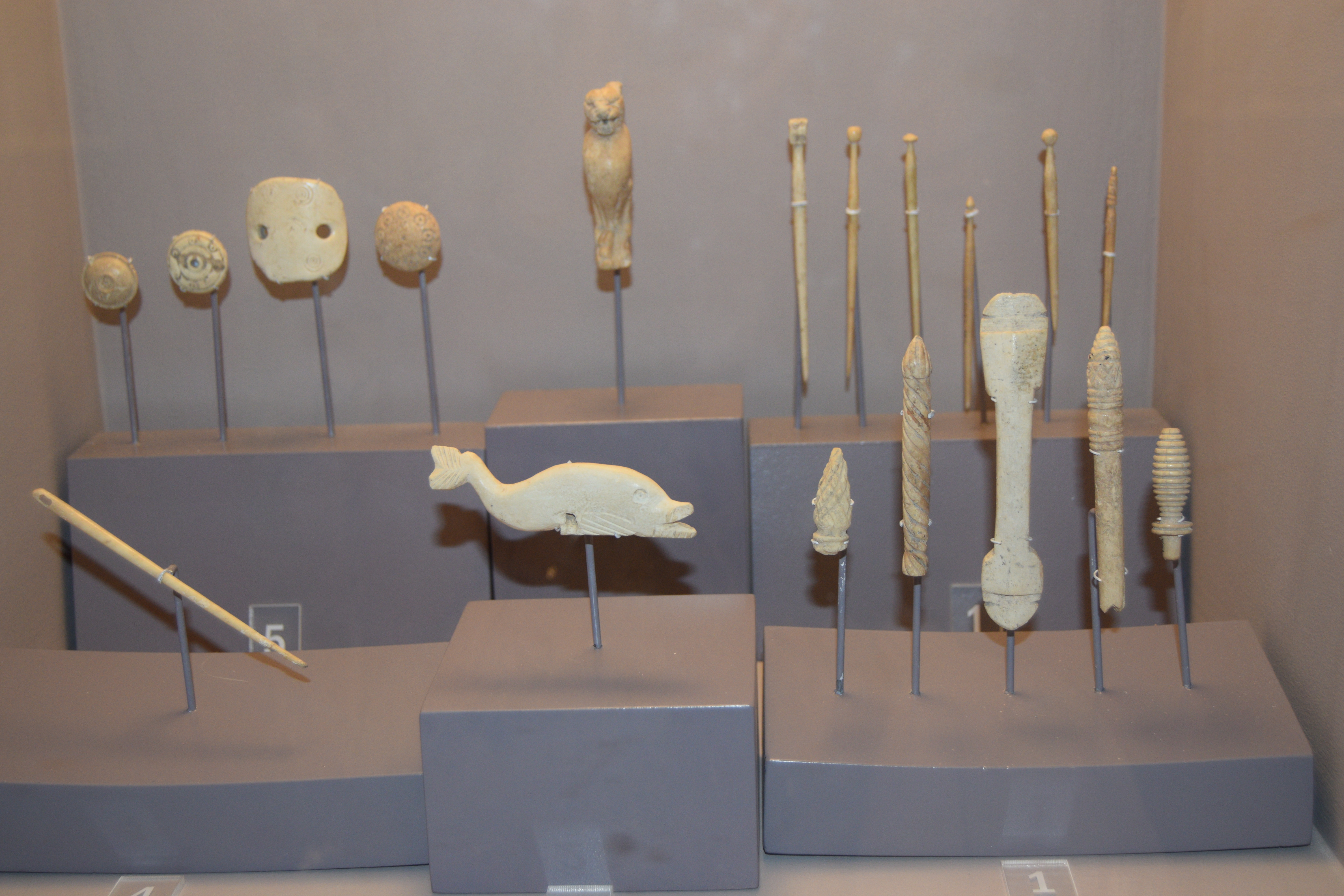 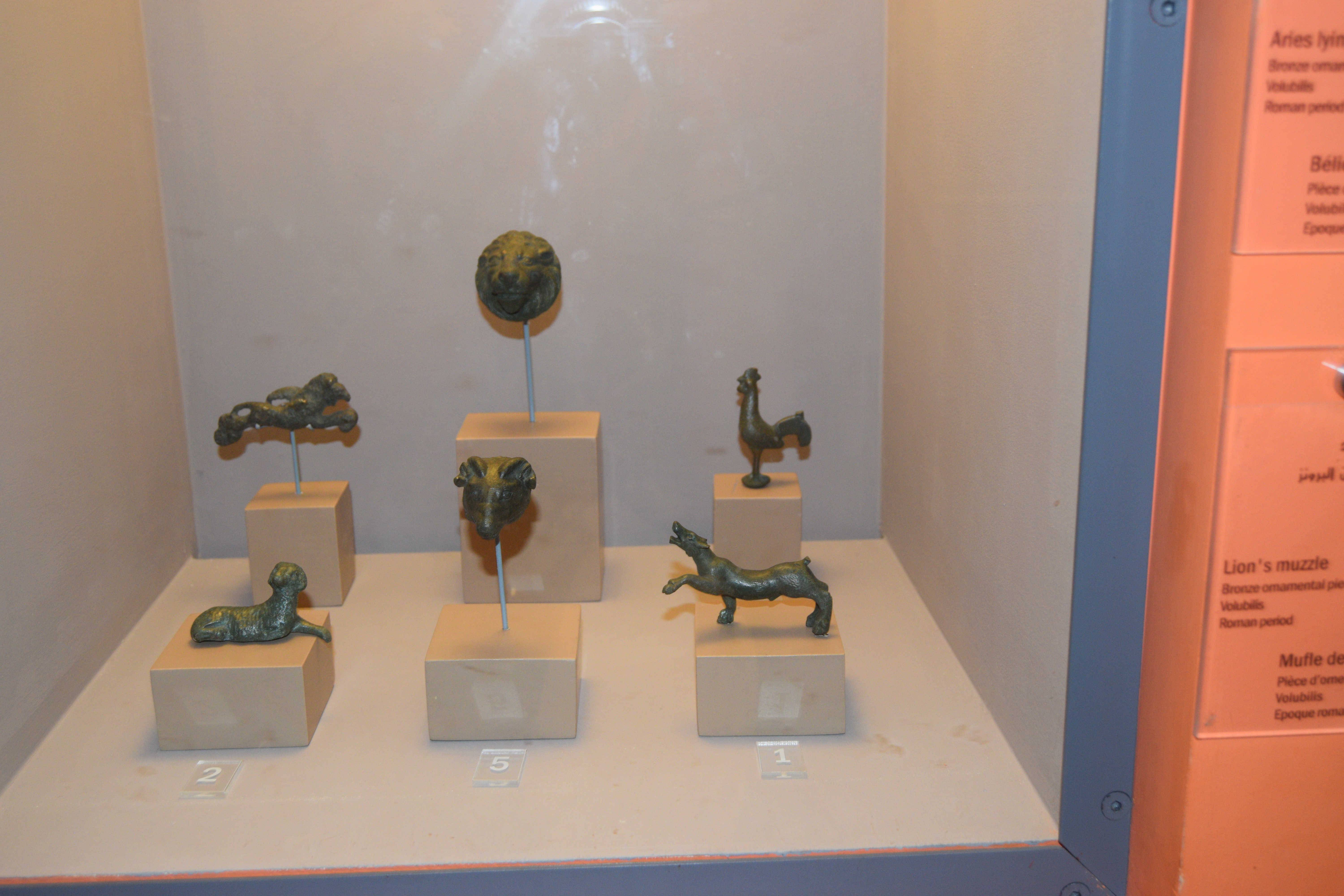