What a great place to build a fortress.   Standing high on top of a limestone cliff,  this once imposing castle still dominates the landscape.

There are a few gaps in its history but this was definitely the location of an early Christian settlement known as Dún Másc (meaning ‘the Fort of Masc ‘- Masc presumably being a local chieftain in the area).

The settlement was plundered by Vikings in 843 AD.

The Normans arrived in the 12th century.    The King of Leinster (Diarmuid Mac Murrough)  gave his daughter Aoife in marriage to the Norman conqueror Strongbow in 1170 and the Dún was included in her dowry.

The Normans fortified the rock with a great hall at the top of the hill and inner and outer defenses.

It passed through various families until it was destroyed during the Cromwellian invasion in 1650.

An effort was made in the late 1700’s to redevelop the site but once again it fell into decay.  Indeed,  it is a tribute to the original builders that there is anything at all left today.  The site is now a national monument and in state care.     Despite its ruinous state,  you can still get a sense of its onetime grandeur and of course there’s always those magnificent views! 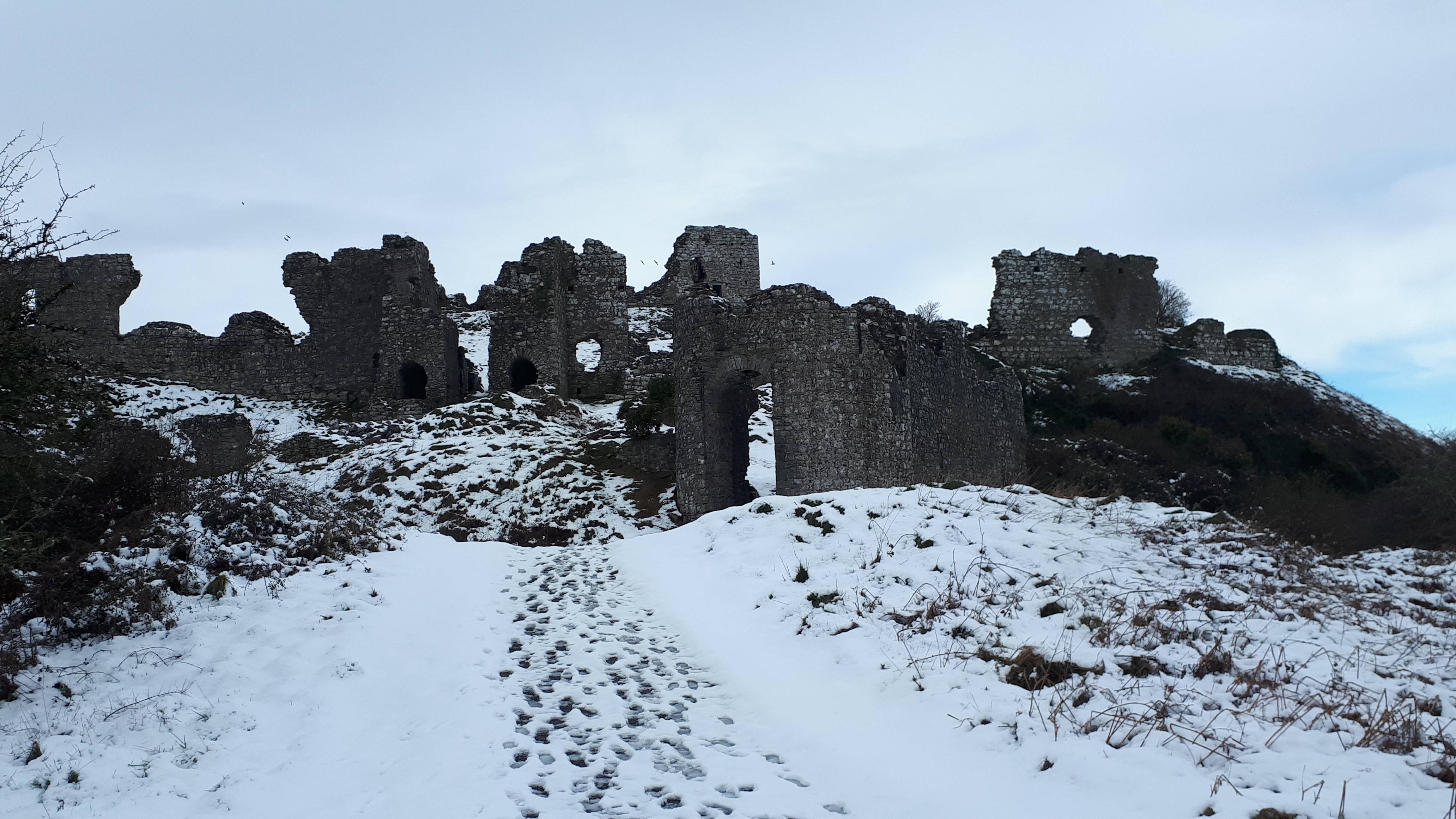 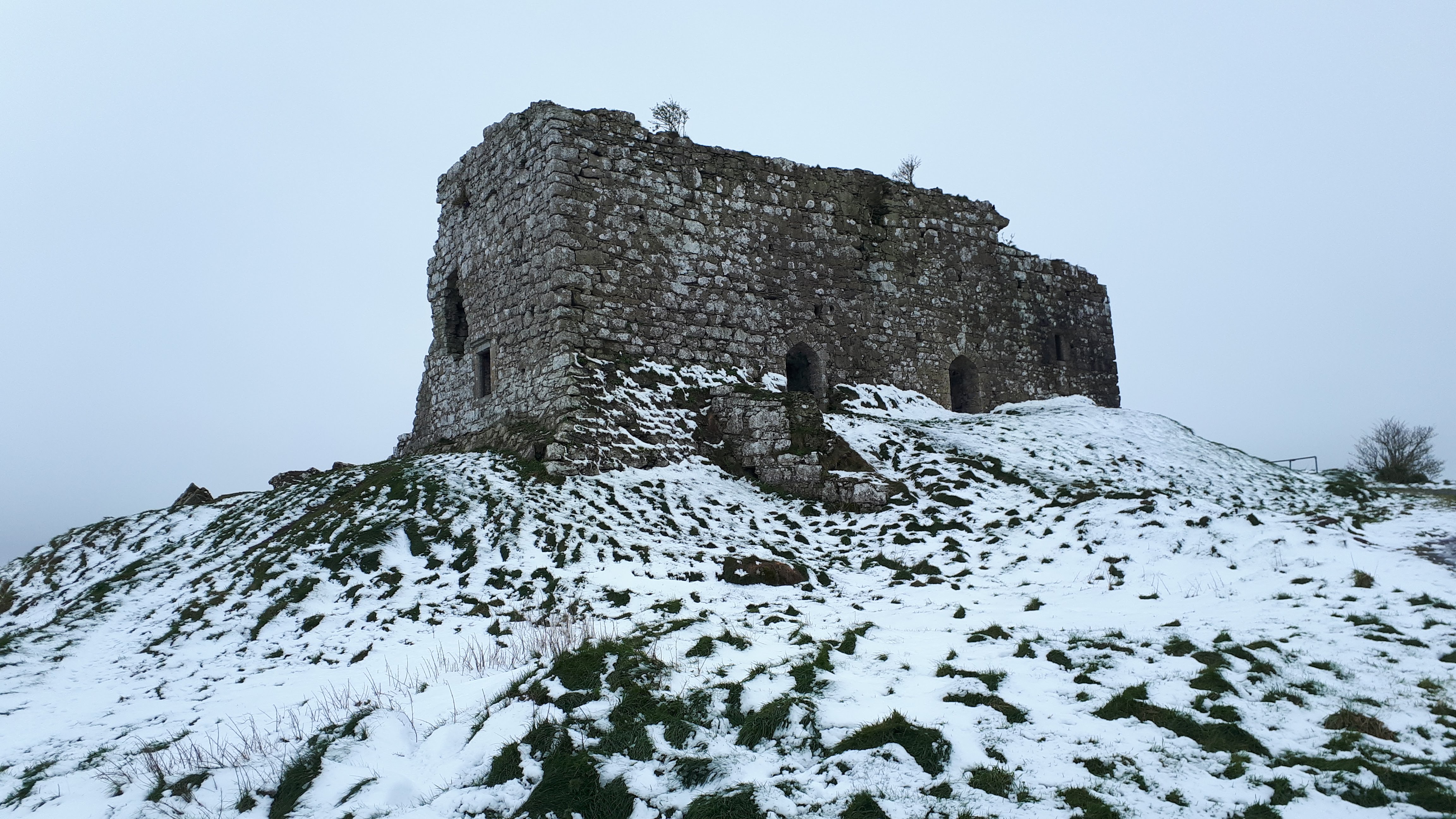 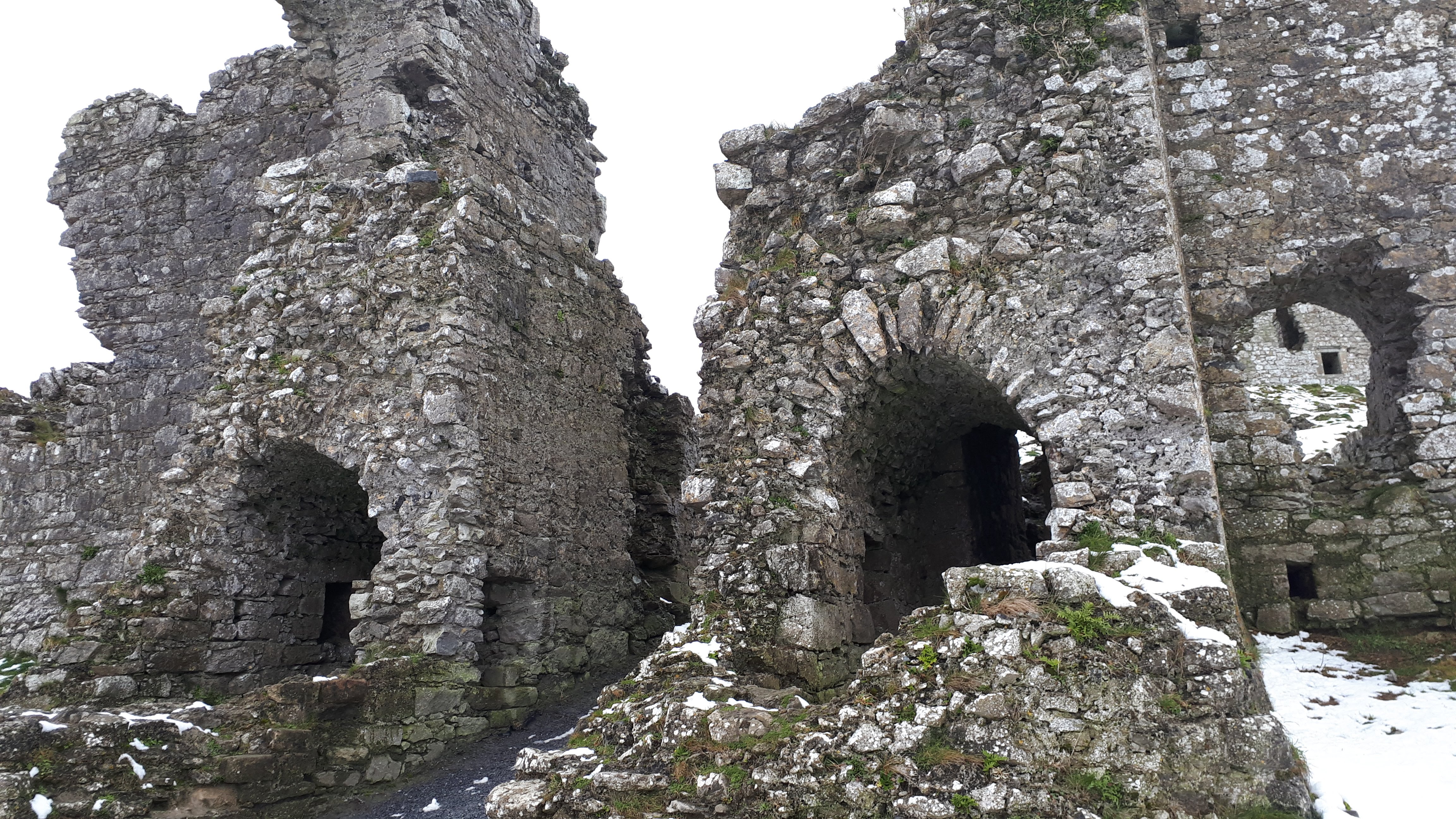 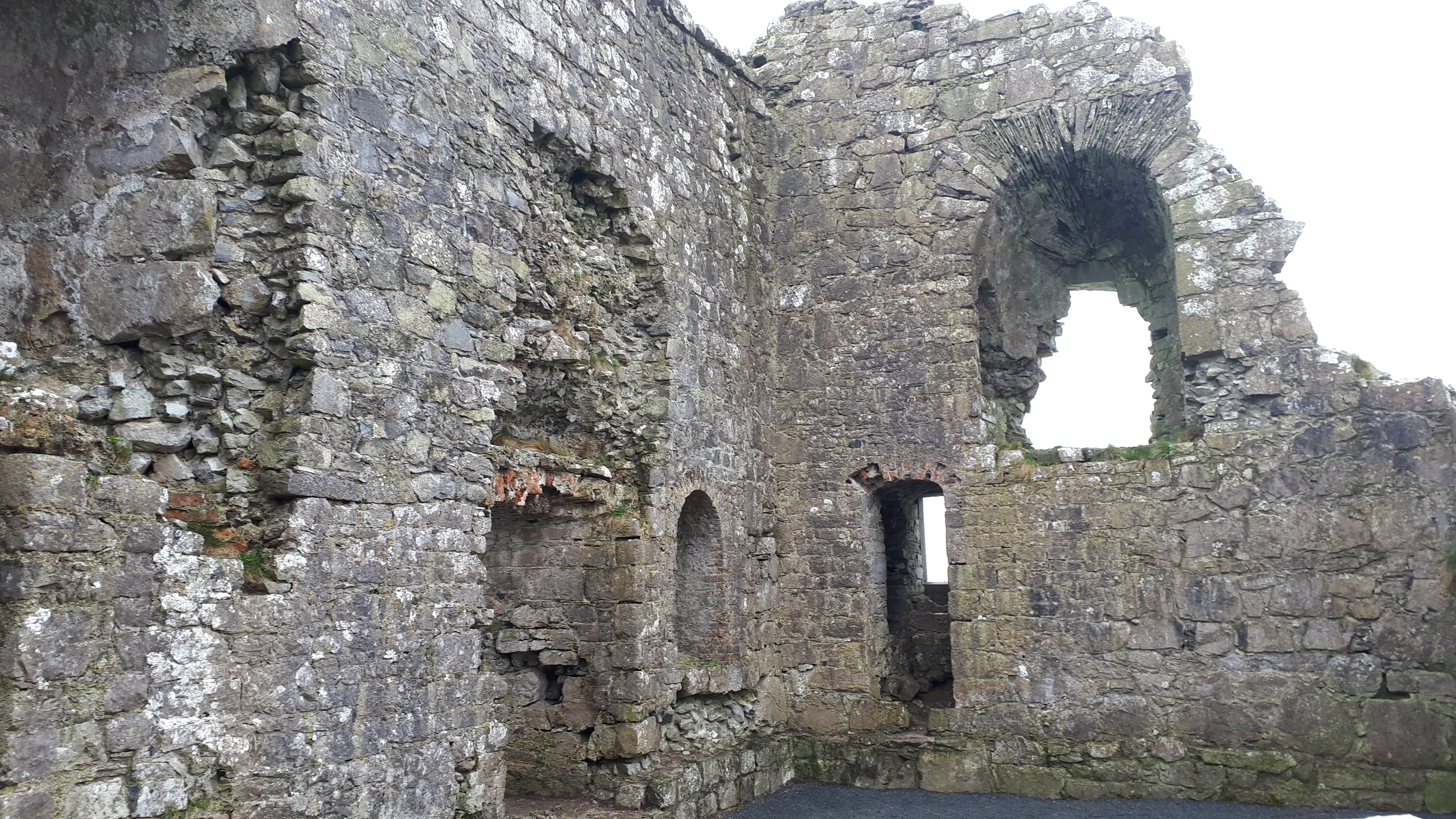 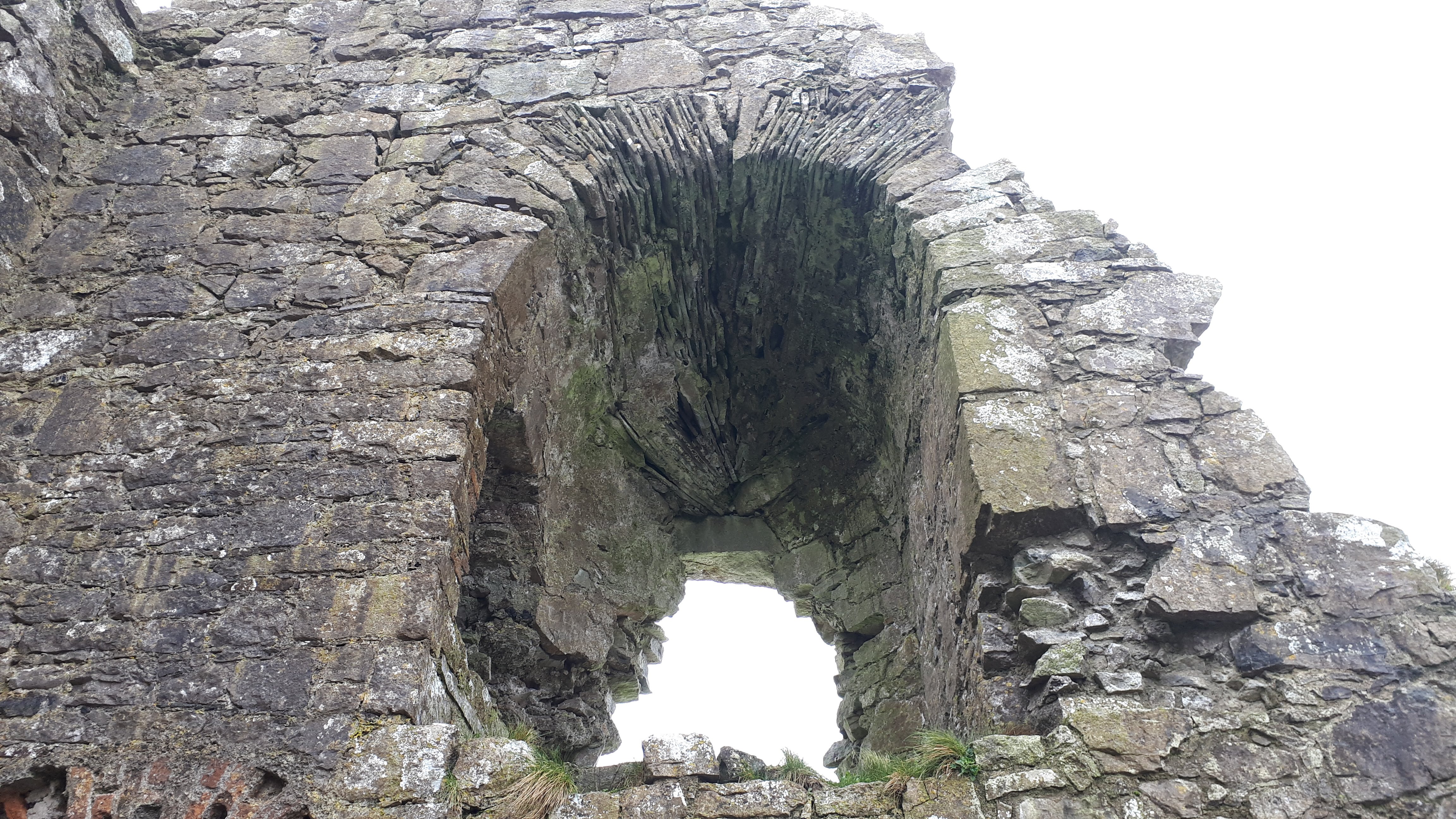 The castle probably wasn’t built for its views but they did an ok job with those windows! 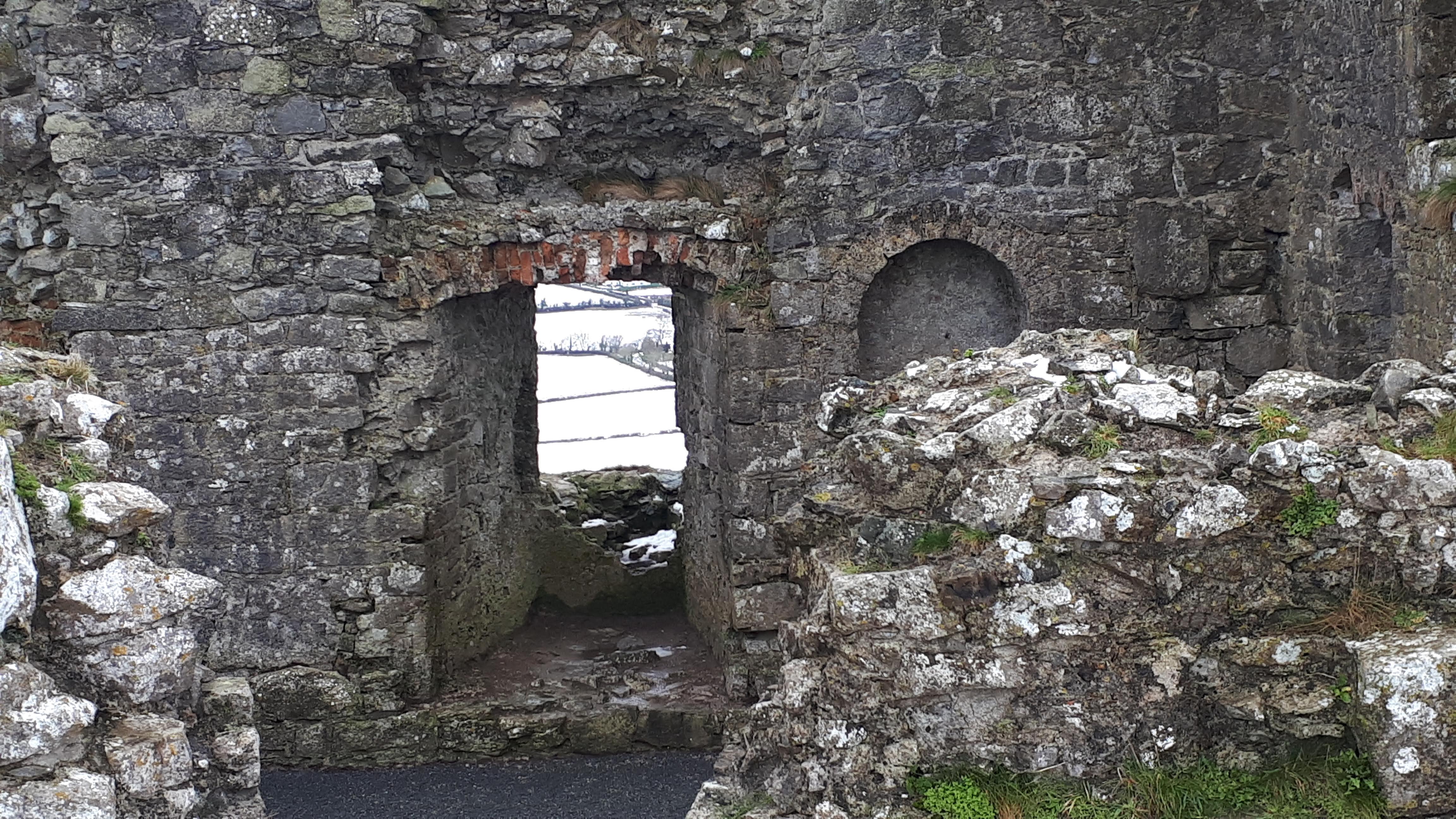 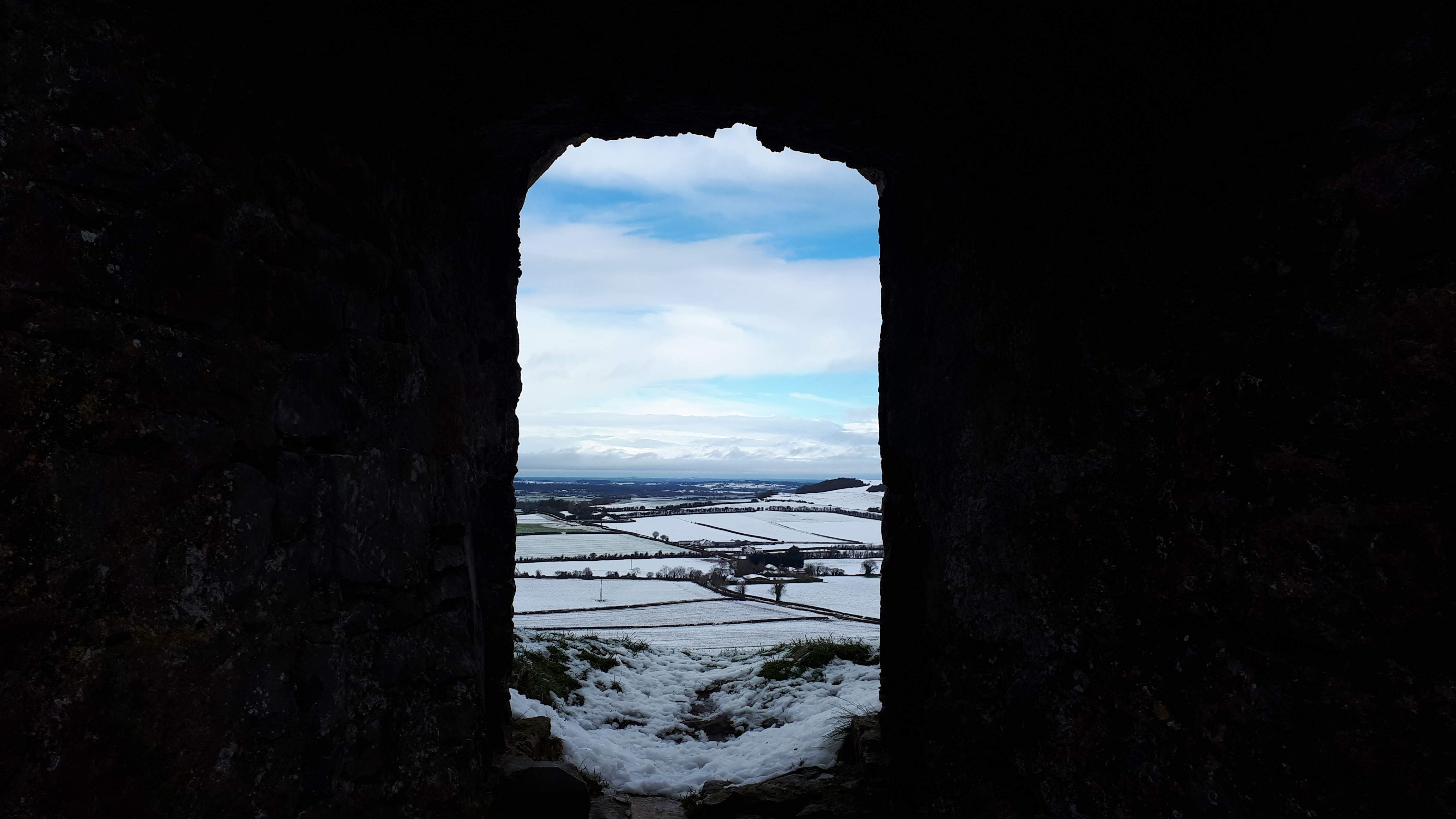 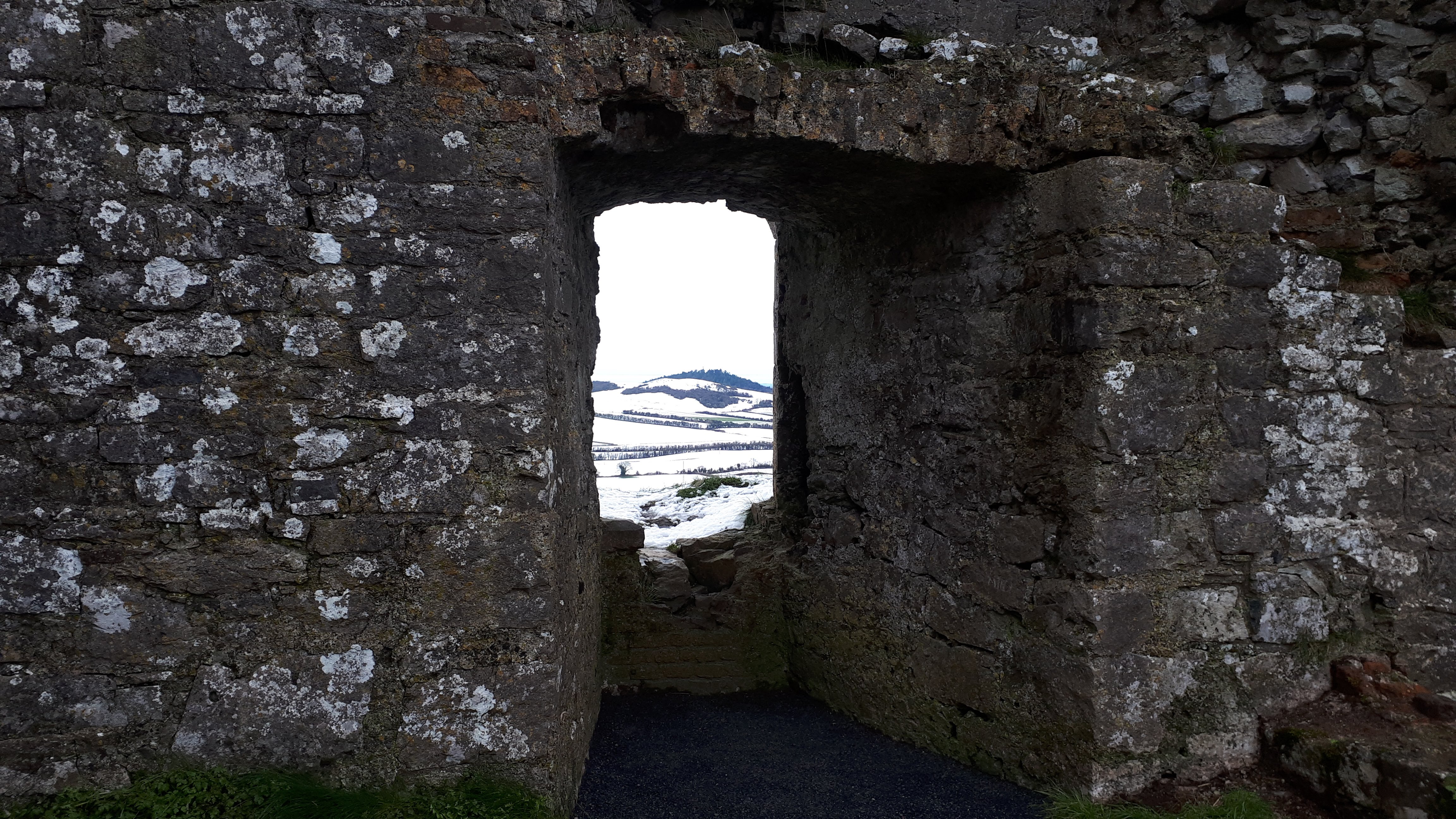 There’s an impressive panoramic view of the surrounding countryside. 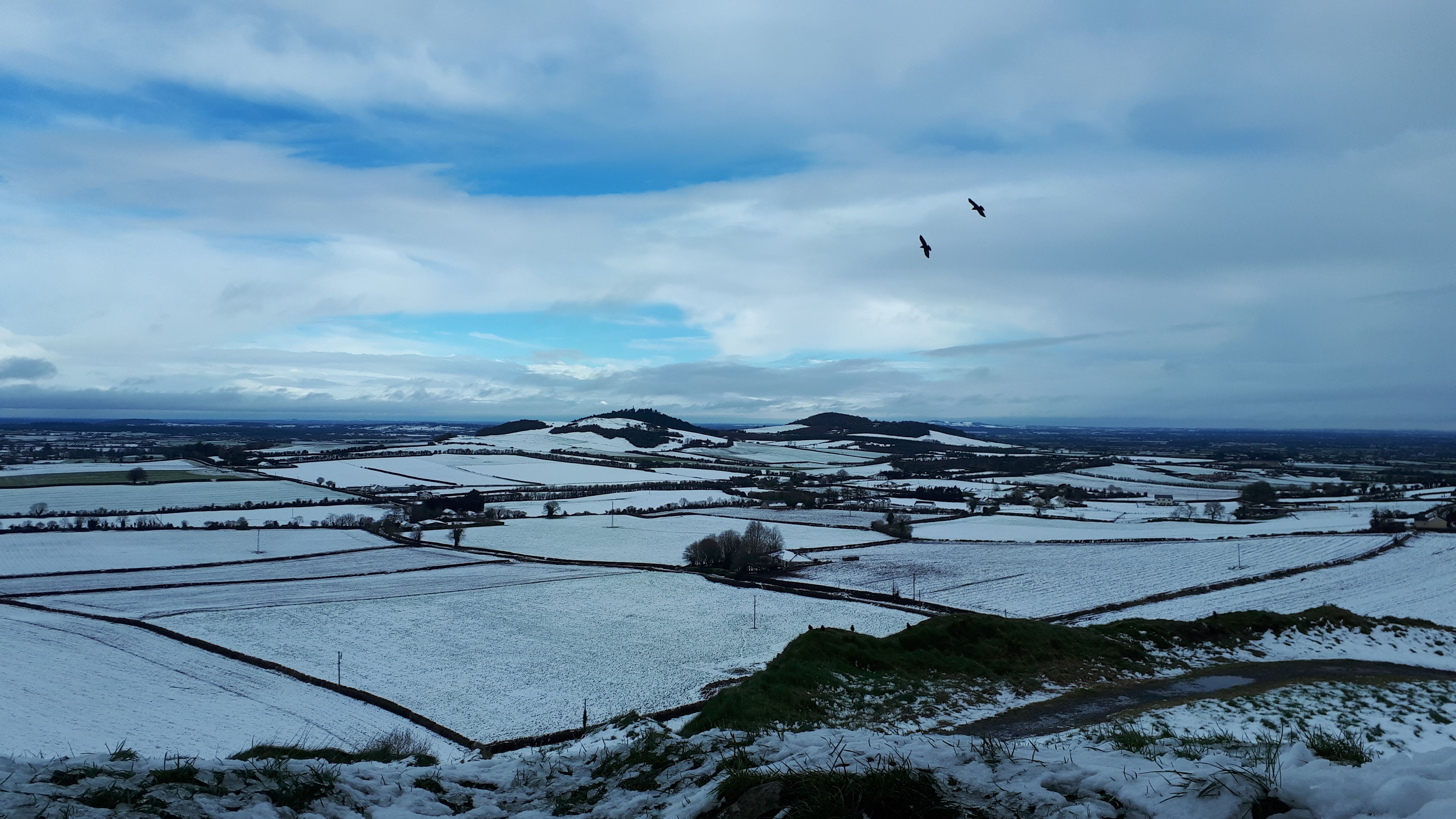 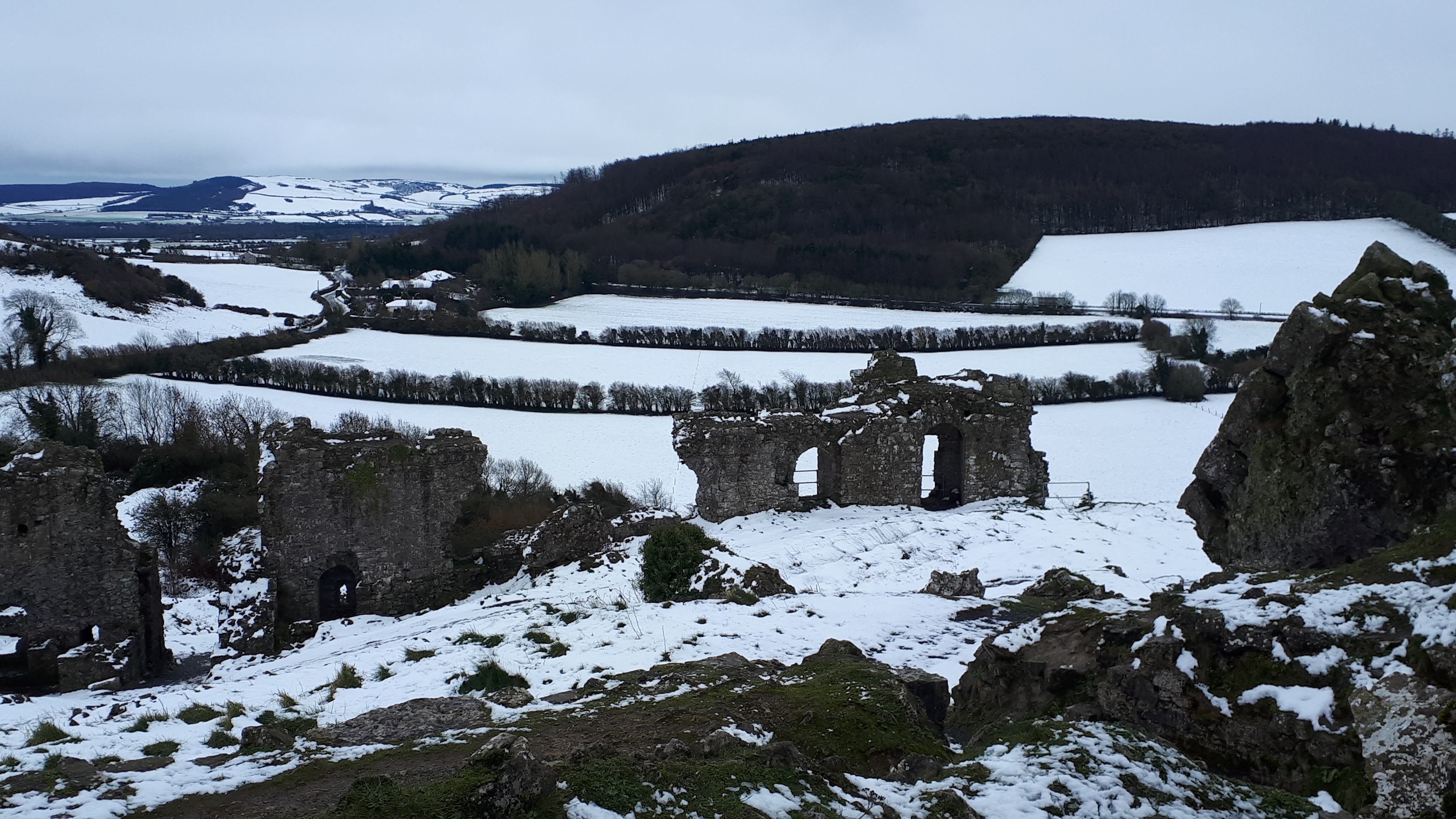 We had the place to ourselves,  apart from some crows and two girls from Utah who were touring Ireland. 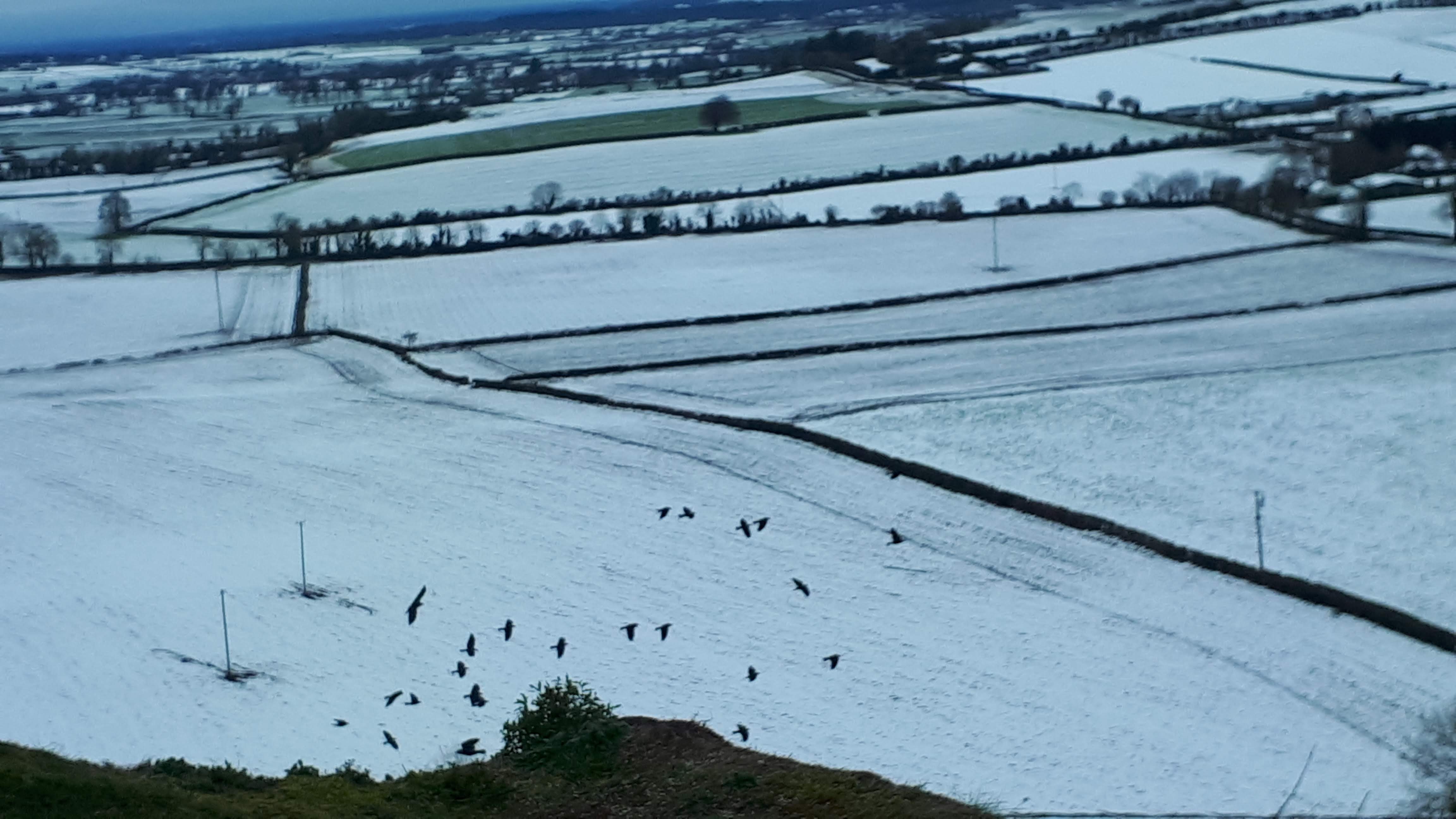 The lovely church below at the car park is the Holy Trinity Church of Ireland.  It was built in the 1860’s and is still in use. 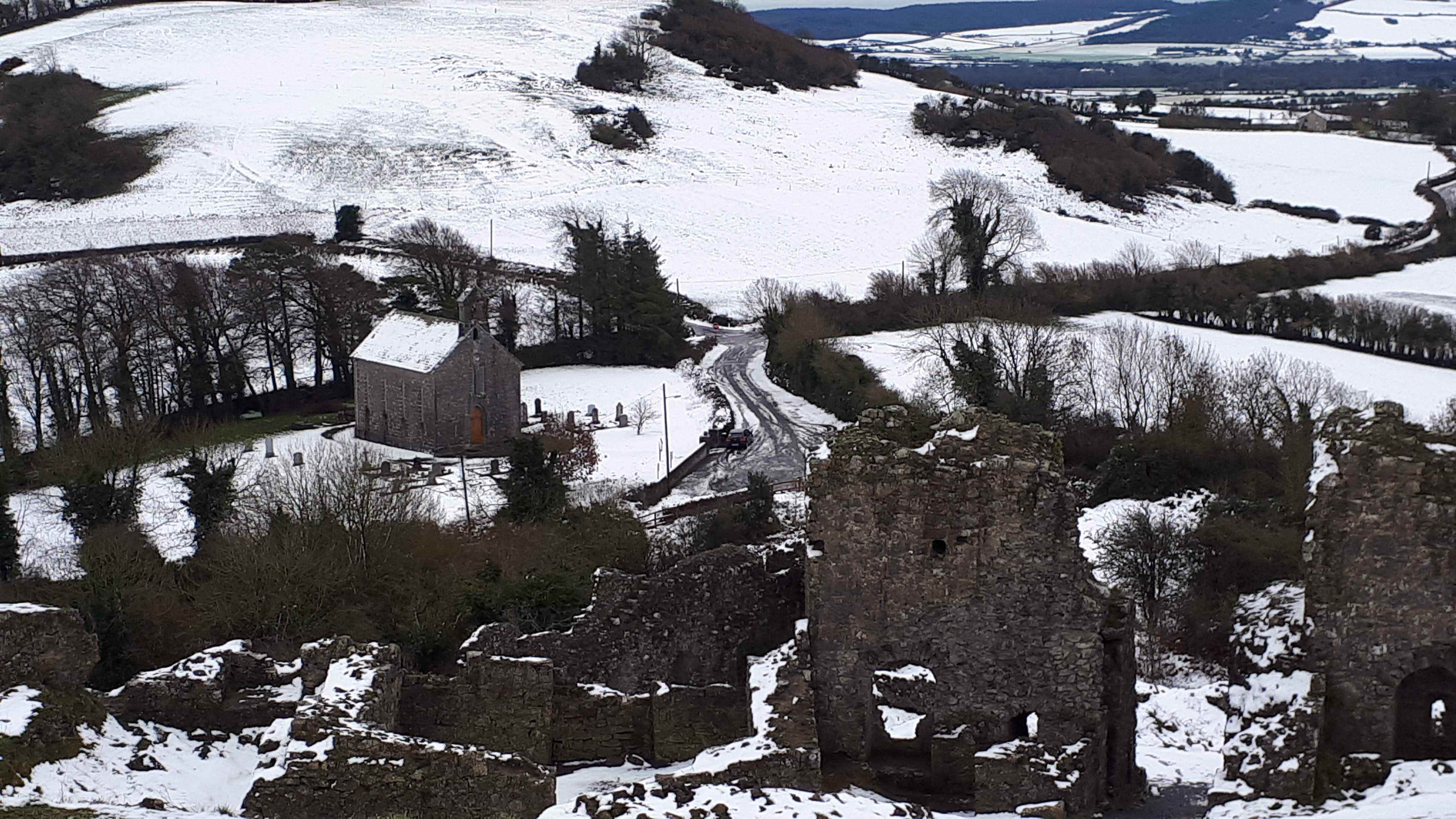 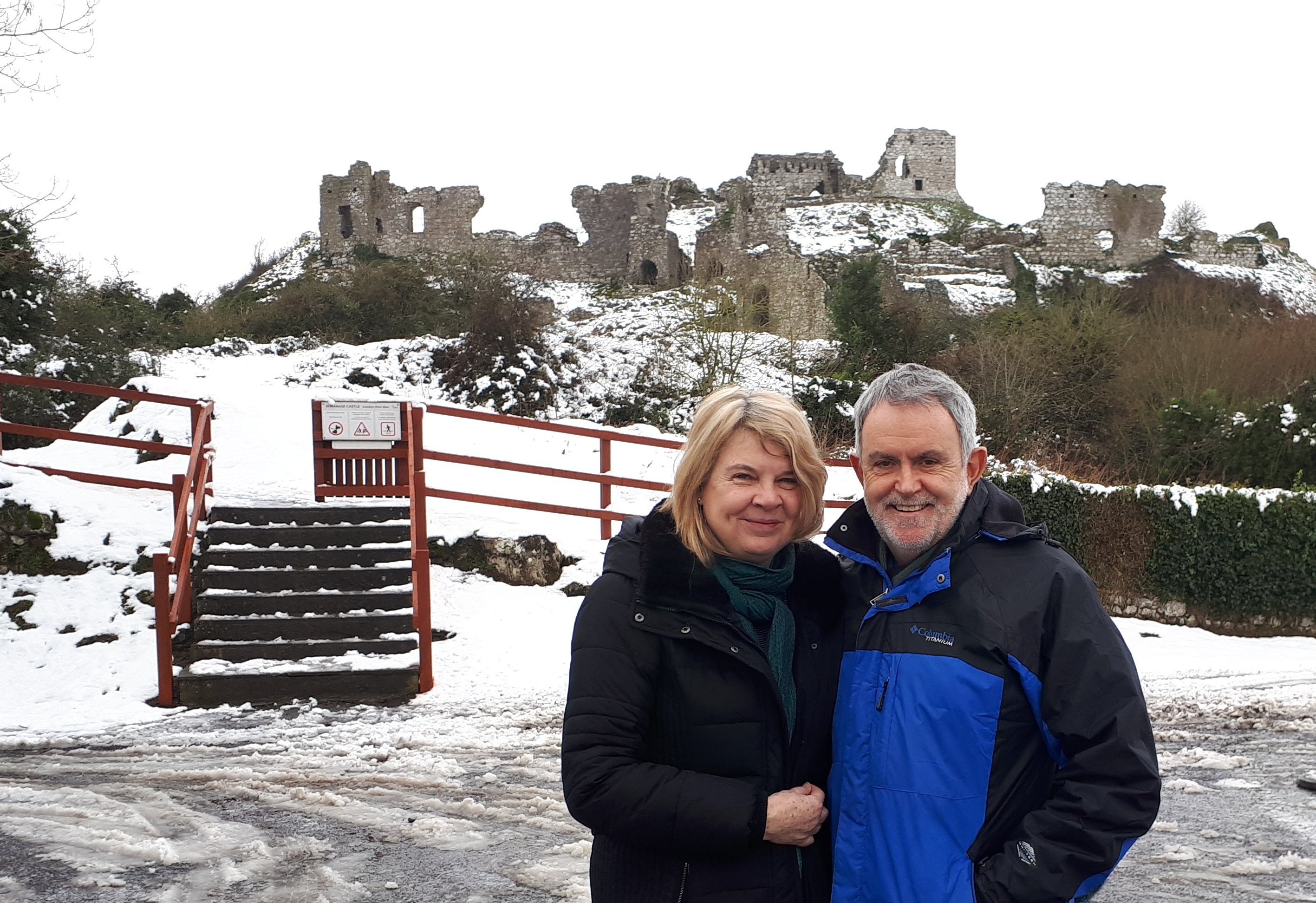 Unsupervised parking at the entrance

There are no facilities at the site.

The location was used in the 2010 movie ‘Leap Year’ starring Amy Adams.

8 thoughts on “Rock of Dunamase – Ruins with a Great View”